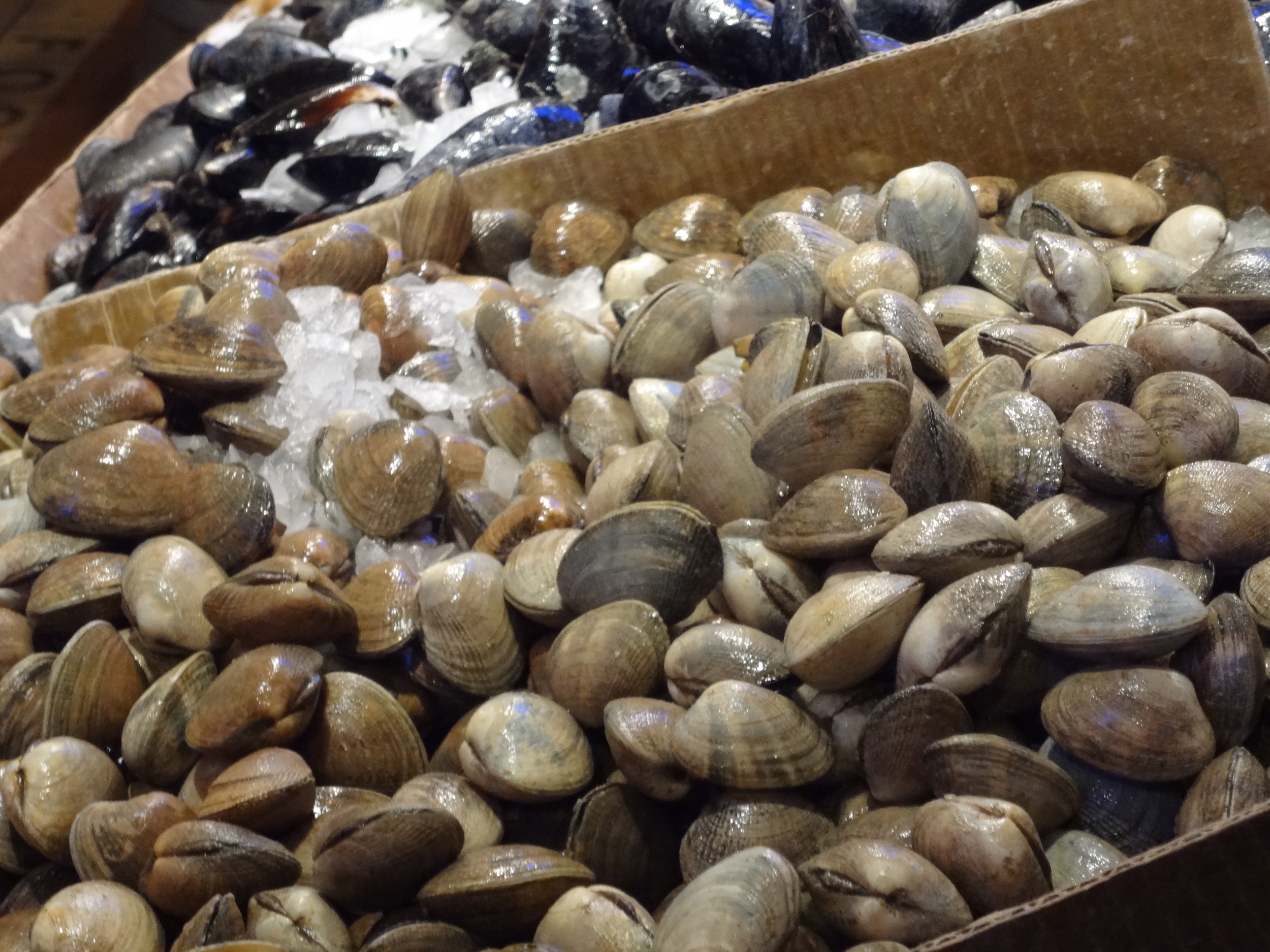 Not only is this weekend the very special Easter Fool’s Day but it’s also National Clam Day. So, on their day, what do we need to know about these bivalves? They’re farmed locally and sustainably, they’re a relatively affordable source of protein and they’re delicious. Stop by Taylor Shellfish for an order of steamed clams, or pick up a couple of pounds to take home and steam yourself (anyone can do it!). If you’re up for a treat, head to one of Renee Erickson's restaurants" Walrus and the Carpenter, the Whale Wins or Barnacle. Not only does she create some of the best seafood offerings in town but she partners with local seafood farms, like Penn Cove Shellfish and Hama Hama. Coastal Kitchen also has a noteworthy seafood game, giving clams center stage in their clam chowder cup and cioppino, the classic Italian seafood stew.

If you go: National Clam Day, all around Seattle, March 31 (prices vary)—N.C.

Seattle Women in Jazz began last year, with the mission of showcasing and supporting women in the Seattle jazz scene, from soloists to band leaders. While they put on concerts throughout the year, their annual Jazz Shout! is something super special: a night of women making themselves heard through music, poetry and dance. Timed in honor of Women’s History Month, Jazz Shout! acts as the organization’s annual fundraiser. For $65, you'll get a three-course dinner prepared using local, seasonal ingredients, music by DJ Amanda Wilde of KUOW, followed by the show. For $25 ($35 day-of), support Seattle Women in Jazz and watch the performance at Capitol Hill’s Century Ballroom.

When Donald Trump won the 2016 election, Seattle artist Susanna Bluhm decided to deal with her feelings of “incredulity and animosity” by visiting as many states that voted him into office as she could. There, she painted what she saw and experienced. She asked locals to point her toward the places important to them. “Some have told me to go to popular tourist destination landscapes, like the Grand Canyon,” she says in her artist’s statement, “while some have told me to go to places that have been significant to them personally, like a woman’s backyard in rural Arizona.” “Red Country: Mississippi and Arizona” represents two early chapters in her project. Bluhm’s oil-and-acrylics on canvas can be epic on scale or humbly intimate. Her brushstrokes range from goopy-creamy to filigree-fine. The result, especially in her Arizona paintings, is a

kind of impressionism with unexpected collage-like elements to it. In her canyon landscapes, for instance, the buttes and cliffs are simultaneously firm and smeary, while her rendering of the flora in their crevices is as delicate as lace. Her venturesome treatment of color recalls David Hockney’s. She can even be humorous, as in “Grand Canyon with Theo, Queequeg and Lunchtime Squirrel (Biographical)” where the little critter in the foreground is goofily oblivious to the grandeur all around it. Venturing out from her usual surroundings, she’s brought back some memorable visual goods.

If you’ve never spent much time in Georgetown, it’s a real gem; the neighborhood — flanked by the Duwamish River on one side, Boeing field and the interstate on others — is gritty, tight-knit and rich with history. Stop by the Georgetown Trailer Park Mall to buy tickets ($5 each), redeemable for a special offer at 29 local businesses. Then, eat and drink your way around Georgetown, perhaps going to the famous Deep Sea Sugar and Salt for a carrot pineapple brown butter cupcake. Try the always-charming Jules Maes for Dragon Wings, or head to Zippy’s Giant Burgers for the Seattle burger (a patty of half ground beef, half bacon, topped with cream cheese and grilled onions). Georgetown, site of the original Rainier bottling plant, is also home to many breweries: Lowercase, Elysian, Georgetown, Machine House and Counterbalance, all of which are participating as well.

While we all know Bruce Lee is buried in Seattle, I think sometimes we forget that he lived here too, going to UW, falling in love, practicing martial arts and eating his favorite dishes in the Chinatown-International District. The Wing, in conjunction with their Bruce Lee exhibit series, is offering a unique three-hour tour of Bruce Lee’s life here. You'll get a guided look at the exhibit “A Dragon Lives Here,” a walking tour of the places that shaped Lee in Seattle’s Chinatown-International District, and a meal comprised of Lee’s favorite dishes. This is a great opportunity for curious locals and visitors alike to learn more about the personal history and depth of Bruce Lee and experience the one-of-a-kind Wing Luke Museum of the Asian American Experience.

Urban legends, urban development, urban crime, urban beavers. Who doesn’t need more talk of that last one in their life? Beavers, North America’s largest rodent, can be found throughout Seattle’s waterways; I’ve personally spotted the Eastlake Beaver two times and counting on evening walks around Lake Union. At this event, led by UW’s Center for Urban Horticulture, learn about beaver history and ecology with Ben Dittbrenner, Ph.D student at the School of Environmental and Forestry Sciences and Executive Director of Beavers Northwest. After that, local beaver expert Samantha Everett will bring her passion and expertise to a twilight walking tour of UW’s Yesler Swamp, peering at beaver habitat and hopefully a few active beavers.

“On the Eve of White Arrival”

In a conversation with former Seattle Times book editor Mary Ann Gwinn, local historian David Buerge, author of “Chief Seattle and the Town That Took His Name: The Change of Worlds for the Native People and Settlers on Puget Sound,” takes readers back to Seattle circa 1850, the year before the Denny Party arrived. One of the most striking things about Buerge’s book was the way he was able to brush aside the sprawling Tacoma/Seattle/Everett megalopolis we all know and reveal the complex, faction-ridden indigenous society of 200 hundred years ago that covered the same territory. In this talk, he’ll stress how the “primitive wilderness” that white settlers saw on their arrival was actually “a fully settled and populated land.” Gwinn is the recent co-winner (along with the Seattle Review of Books) of Seattle Arts and Lectures’ Prowda Literary Champion Award, which honors Seattleites who make the city “an outstanding place for writers and readers.” This should be a lively, eye-opening evening.