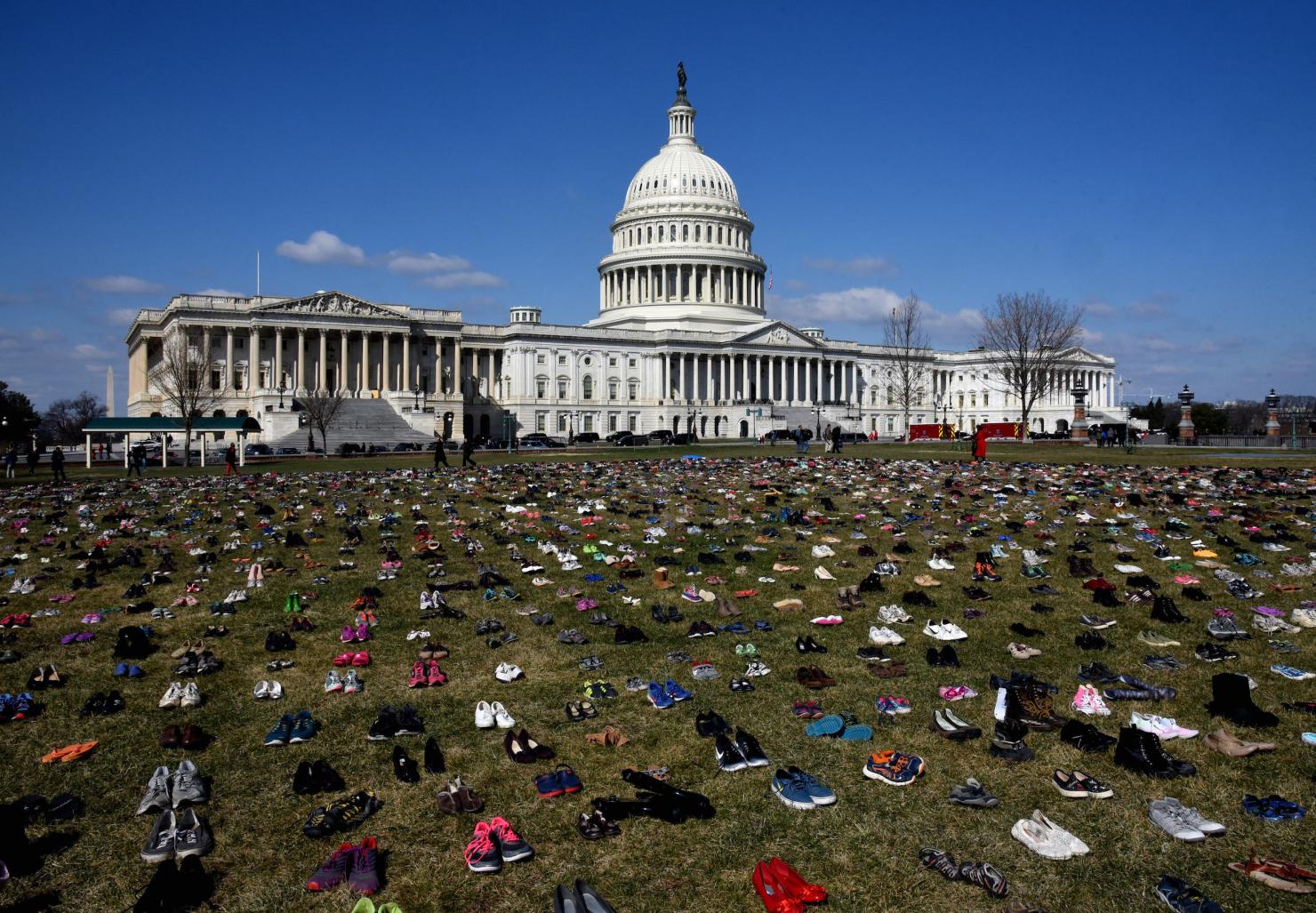 Thousands of small shoes littered the ground in front of the Capitol building in Washington, D.C., on March 13, 2018 one pair for each of the estimated 7,000 children who have died from gun violence since the Sandy Hook Elementary School shooting in 2012. (Photo by Olivier Douliery for AP)

Mass shootings have always seemed a reality of our world. We were only sixth graders when we hid under our desks during the lockdown for the 2012 Cafe Racer shooting.

Like many other students nationwide, we want to capitalize on this moment of change. After the Parkland High School shooting on Valentine’s Day, students are saying enough. We are planning on participating in today’s #Enough National School walkout by joining a student-led march to the University of Washington's Red Square. But over the weekend, we sat down to record our thoughts about the school shootings we’ve witnessed, the gun reform mandates being proposed now and our participation in this youth movement.

The following is an edited transcript of our conversation.

Morgan: When I think of the events that have rocked me the most, I think of Aurora, Colorado, and Newtown, Connecticut. Those were two of the first times I was old enough to hear about these tragedies. I remember after the shootings going to a movie theater and to school respectively and feeling so scared.

When I heard about it (Parkland) in the news, it didn't scare me any more than any other widely publicized mass shooting. So, while I’m excited that this is happening now, it took me about a week to believe that the outrage might stick.

Allison: For me, seeing all the students at Parkland going back to school made me ruminate a little more on all the people nearby or next to tragedy who we don’t talk about as much but will carry that trauma with them their entire lives.

What are your guys’ thoughts on the new (gun reform) plans coming out of Florida?

Grace: I think that the Florida legislation has some pros and has some cons. Overall it is a strong step forward, especially for a state that hasn't passed any gun control legislation in the last 20 years. But one thing I really struggled with was that it doesn't ban assault weapons. I very recently found out that there was actually a program to prohibit the buying of assault weapons in the U.S. from 1994 to 2004, and that shocked me. I had no idea we had any provisions in place, and the fact that these things are still happening and yet we don't even go back to a provision we used to have was extremely disheartening.

Allison: Yes, I agree. I read an article in The Atlantic that explained how an injury from an AR-15 is very different than an injury from a low-velocity handgun. Essentially, tissue next to the path of the bullet will rip away causing massive damage, often with exit wounds the size of an orange. These guns are so much more destructive to a human body, and I think this is something that really matters when we talk about why AR-15s need to be banned.

The Florida proposal calls for $450 million to put law enforcement officers and mental health professionals in every school, upgrading school security with metal detectors and other measures. What are your guys thoughts on this?

Morgan: I feel like it is such a balance. When I heard this, my first thought was ‘Oh my gosh. I can't imagine going to a school like that.’ I just think of the psychological and emotional impacts of knowing you’re in a school with bulletproof glass windows. It makes me wonder why we can't do more to make the outside world safer as opposed to expecting our children to learn in locked and padded boxes.

Grace: I am so tired of growing up living in this country that feels like it is consistently reactive. We are only responding to the things that have been happening when in reality we need to be looking forward. We need to be proactive. I read a piece discussing the idea of arming every teacher with a fire extinguisher, as opposed to guns. Fire extinguishers would be drastically more cost-effective and could be used both as a blunt force object or at somewhat of a distance to blind an attacker. It was a solution I had never considered before, but the fact that there are other answers out there and yet we are stuck along our normal, two-party line … it’s basically contrarianism.

Morgan: That is such a good example because we look at school safety like it’s either guns or no protection at all. This proves that that’s simply not true.

Grace: So where do we go next?

Morgan: As heartbreaking and awful as it is to see tragedies like Marjory Stoneman Douglas (the Feb. 14, 2018 shooting in Parkland), I believe that as a mass shooting in a fairly white and affluent high school, it’s one of the few scenarios that might actually be able to shed light on the larger issue of gun violence in America. Mass shootings account for only 2 percent of our gun violence, so I am hopeful that this movement will help us take steps to help stop some of the other violence as well.

Allison: I'm always intrigued by local action. Washington does have the ability to make changes in our gun laws, and I think doing more here is really, really exciting. I know the Seattle Brady Campaign and Washington Alliance for Gun Responsibility are doing great work so I would suggest checking out what they are up to.

Grace: I think that we have seen time and time again that movements like these are so powerful and are such an important method of change, but then they just fizzle out. If I had a perfect answer on how to keep that momentum the world, hopefully, would be a very different place. But if you say, ‘Well, I'm just one person and nothing is going to change,’ then nothing will change.

Right now, honestly, I’m exhausted. But I'm also excited for what is going to happen next. 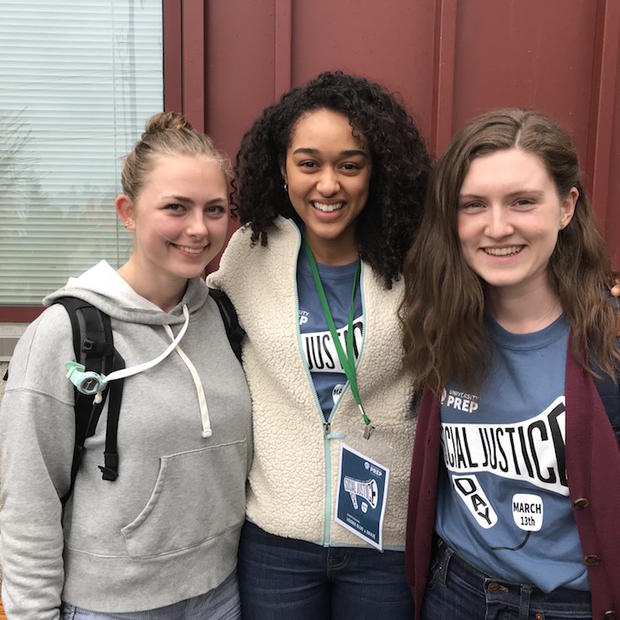