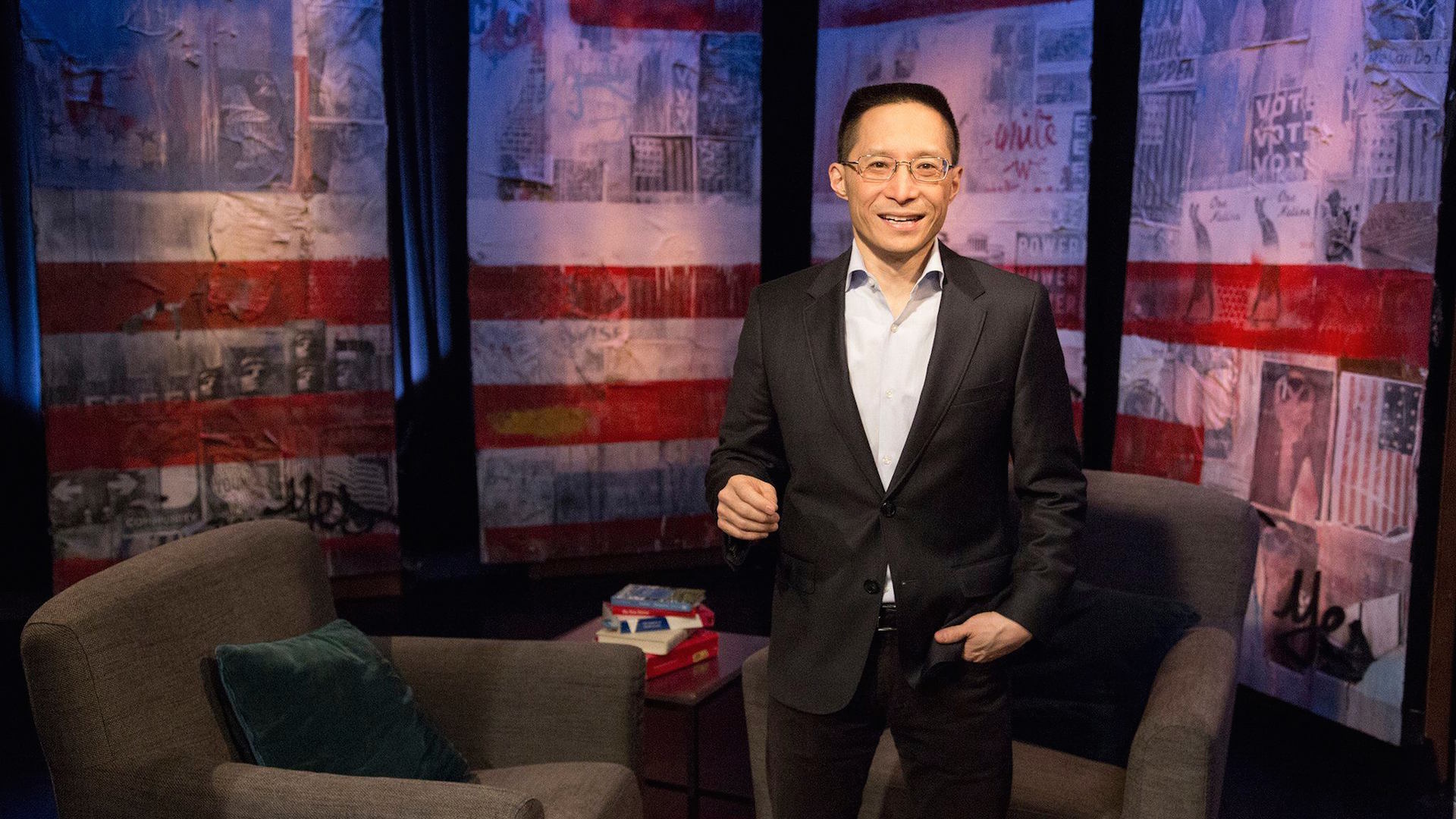 Eric Liu on the set of Citizen University TV during January 2016. (Courtesy of Jennifer Nerad/Seattle Channel)

“I want our city to have a little more conflict,” says Eric Liu.

One would think Seattle is a place with too many voices, too much protest and process already. Will it really help if we fight more?

Liu is a local author and guru of civic engagement. The former speechwriter and policy advisor for Bill Clinton, Liu lives in Seattle where he is founder of Citizen University and author of  “You Are More Powerful Than You Think: A Citizen’s Guide to Making Change Happen,” just out in paperback.

He spoke recently to a private luncheon group, the Block Table, named after the late, great Robert Block — a model for civic engagement, conversation and, as his son Kenan Block says, of “stirring the pot.”

Liu’s “Citizen University” hosts events across the country to promote engaged citizenship. He wants people to vote, organize, debate and mobilize. In the wake of Donald Trump’s election, that mission has taken on renewed energy. In fact, Liu sees his movement as a kind of secular religion that features texts (like the American Creed), rituals, and civic sermons. Citizen University even has a course for training citizen leaders called “Civic Seminary.”

Participation in democracy is like attending church — and our country’s future depends on it. The Trump era is offering many opportunities for citizens to rise up against fake news, social media manipulation and lying Tweets; it’s also stirring groups that are sidelined, persecuted, or simply opting out in frustration. In other words, it’s a great time for some civic preaching.

Liu is short, slender, bespectacled and wears an almost military-style short haircut. He looks like an ascetic, even monkish. He came to Seattle in the 1990s. “What drew me here was that it had a culture of small ‘d’ democratic participation.”

Seattle’s Town Hall—located in an actual former Christian Science church—exemplifies that civic religious spirit. Seattle has a history of that old-time religion where folks gathered in the name of civic engagement and education.

And it has a history of effective citizen organizing, whether it was the anti-freeway movement of the ‘60s, the Save the Market crusade of the ‘70s, even the post-World’s Fair Forward Thrust ballot measures that brought us Metro and cleaned-up Lake Washington.

But that Seattle may have grown somewhat stale. The heads in the civic pews tend to be gray (look at who votes), affluent and perhaps more risk-averse. In current Seattle, the business establishment is still dominant. Symbolically, skyscrapers are growing like hemlocks from a nurse log around the Rainier Club.

We’ve had mayors who have sought to de-fang neighborhood grassroots activism and centralize power in City Hall under the guise of inclusion (see what Ed Murray did to the neighborhood councils for a recent example). Top-down rather than grassroots up has been a trend. Ground-up initiatives have seen major defeats, like The Commons at South Lake Union and the Green Line Monorail. In Seattle, consensus also has been an often over-rated civic value.

There are positive signs, however, that the city is reinvigorated. Nikkita Oliver’s populist mayoral campaign, for example, mobilized younger voters, people of color and parts of the city (the South End) that are often ignored. Cary Moon’s campaign, for that matter, reflected some energy too for a grassroots waterfront activist (and Murray’s predecessor) Mike McGinn. McGinn was an activist himself, an outsider who left office disillusioned about the town’s entrenched power structure.

Though Liu was hardly speaking to a crowd of Kshama Sawant supporters (the Block Tablers tend to be more mainstream), he says Sawant’s emergence “is a nearly unalloyed good.” She has, he continues, “brought some of the rough and tumble back” to city politics. Whether you like her socialist politics or style, Sawant was a big catalyst for spreading the $15-an-hour movement to the city and she’s been willing to question the “grand bargain” on city planning forged between the city and developers. She has helped stir the pot.

Among the challenges ahead for civic engagement are inviting more diverse people to participate —especially marginalized groups that have not felt welcome at the civic table. Another is finding ways to engage newcomers who form a substantial block of voters, many of them Millennials who tend to be more politically unaffiliated. Will Amazonians put down roots and get involved? And can dominant white Seattle seriously dismantle its privilege and sense of entitlement and foster inclusion?

Liu’s civic preaching embraces ideological differences — it is essentially neutral on that. He cites the Tea Party and Occupy Wall Street as effective at generating movements that have mobilized citizens and spawned offshoots. You don’t have to be a majority to move a democracy.

Being a good citizen is not necessarily about finding agreement beyond a commitment to democratic values. It’s not about left, right or center per se, but rather the people exercising their rights.

An intriguing effort Liu runs is the Better Arguments Project for the Aspen Institute, a high-minded idea generator. The Better Arguments idea is to promote making our debates and discussions smarter. Liu says the key to it is helping people to become more historically literate — to understand that many of today’s debates have been going on since the founding of the Republic. The Red-Blue political divide, for example, echoes the differences between Alexander Hamilton and Thomas Jefferson. Understanding the fights that have been with us since our nation’s founding is important context, for example.

Another key is to make our arguments more “emotionally intelligent.” We need to worry less about self-justification or posturing or attempting to hammer opponents. “We need to fight like grown-ups,” he says. That means trying to truly understand what others are saying by what has been called “passionate listening.”

Raising the level of debate might not change minds, but it can help to “rehumanize our politics,” he believes — a tough task in the age of cable TV and Idiocracy.

In short, what Liu is trying to do is conduct nationwide civic classes to make up for the ones students aren’t getting in school much, if at all, anymore. The goal isn’t “fewer arguments,” he says, “but less stupid ones.”

Hard not to say “amen” to that.