The cause MLK fought for that we tend to forget 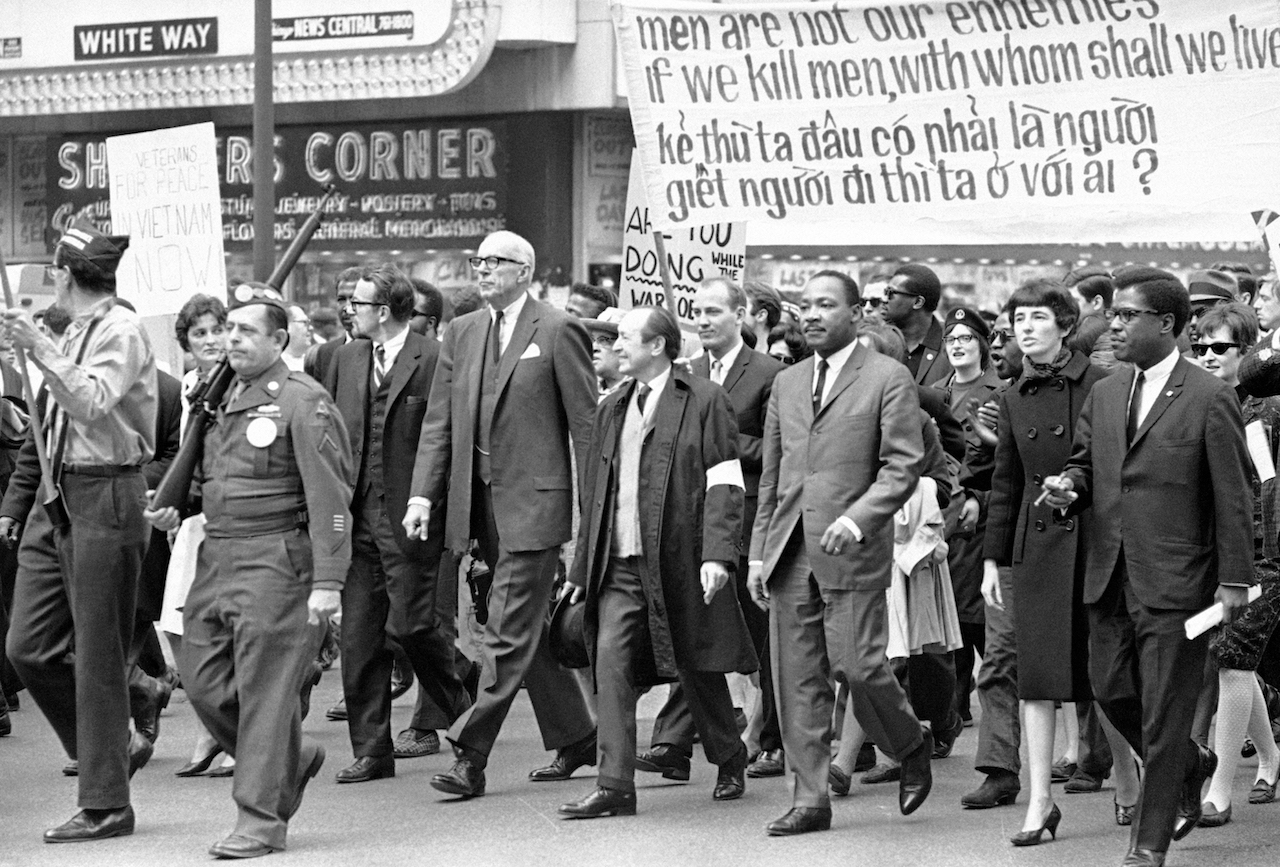 In the 50 years since Dr. Martin Luther King Jr.’s assassination, selective memory has taken its toll on how we remember him.

It’s easy enough to honor him as a civil rights leader, a key figure in outlawing discrimination in jobs, housing and voting. His idea of judging no one by the color of their skin is, more or less, everyone’s creed, no matter how poorly we execute it at times.

But, some of the ways that his crusade for civil rights extended beyond — far beyond — straightforward demands for legal justice receive less attention until current events remind us of how wide a field of vision he exercised.

As today’s anniversary of his murder approached, many of us who are old enough have been remembering where we were that day of terrible loss. I remember coming back inside a college dorm in a largely African American part of St. Louis and finding a TV to confirm what I had heard from someone talking in a courtyard.

The city was a setting in which there were reasonable opportunities for anyone with progressive leanings to connect across racial lines on various issues, including with members of the larger Black community off campus. So, I certainly knew firsthand that, like Dr. King, many African American leaders in St. Louis opposed the Vietnam War. But still, as a practical matter, civil rights issues on campus were driven by Black students — and peace issues by White. The late 1960s images of White kids marching for peace and Black students occupying college offices just to be heard fit my own experience. (Working my way through a crowd of angry White students to try to talk to occupiers, I once got solidly slammed in the chest with the elbow of one of the flush-faced Whites who, in a kind of foreshadowing of today's desire to dismiss the news, figured nothing good could come of having a reporter for the student paper there.)

Perhaps particularly because it was a religious college — Jesuit-run St. Louis University — I found almost all of King's thinking resonating with my own views on poverty and international relations. But, ironically since I've wound up researching issues around the bombings of Nagasaki and Hiroshima off and on for some 30 years, I don't particularly remember his advocacy for nuclear disarmament.

In the past few days, a number of state and local antiwar groups — including Washington Physicians for Social Responsibility, Veterans for Peace and From Hiroshima to Hope — brought the author of a groundbreaking book on the huge role of Black Americans in the antinuclear movement to Seattle.

In "African Americans and the Bomb: Nuclear Weapons, Colonialism, and the Black Freedom Movement," Vincent Intondi shows that Black leaders began speaking out against the bomb in the first weeks after the August 1945 attacks that devastated Hiroshima and Nagasaki. And, while opinion polls consistently showed fewer than 5 percent of Americans opposed the bombings in the succeeding months, African Americans from all walks of life were widely criticizing the attacks — often seeing the targeting of Japan as racist.

Intondi, who is White, grew up in Syracuse, New York, in a progressive family that backed unions. His passion in college was racial justice, but he wound up taking a 2005 student trip to Hiroshima and hearing the accounts of bombing survivors. When he came back to school determined to find a connection to nuclear issues and racial justice, an adviser told him to find out what connection there was.

Intondi's findings turned conventional expectations — White, anyway — on their head. As Intondi told a large, nearly filled lecture hall at the University of Washington on Monday night, friends and colleagues had repeatedly told him that his research would find nothing about Black objections to atomic bombs. African American communities, it was supposed, had been too focused on the civil rights and desegregation movements — the causes for which King would become the preeminent leader — to worry about banning nuclear weapons.

On Feb. 6, 1968, less than just two months before he was murdered, King spoke to an anti-war clergy group of the danger that nuclear weapons might be used to win the Vietnam War (an idea that, as insane as it may sound now, President Richard M. Nixon would still personally raise four years later). But King had actually been consistently bringing up nuclear abolition in interviews and speeches since 1957, the year he became the first president of the Southern Christian Leadership Conference.

Intondi teaches at Montgomery College in Takoma Park, Maryland, where many of his students are Black. And he's part of what has become an interracial family: He has an African American niece and plans to have children with his Puerto Rican wife. He sees the issues of racism and nuclear sanity as being as important today as they were 50 years ago. In 2016, Intondi began working with the Union of Concerned Scientists exploring ways to expand the nuclear disarmament movement to include more diverse voices, specifically from the Black community.

I don't remember hearing of Intondi's book, published in 2015, until a couple of months ago, but it keeps getting brought forward by events like Trump's election and his administration's nuclear saber rattling over North Korea and Iran. His accounts of prominent Black Americans who campaigned for nuclear abolition early on is sweeping and awe-inspiring to read: W.E.B. Du Bois, Langston Hughes, Lorraine Hansberry, Malcolm X. And many others.

King was perhaps the most prominent among them from 1957 until his death. There was, however, another Black leader whose even longer standing concern about nuclear weapons deeply influenced him and African Americans nationally: Coretta Scott King, his wife. She began thinking about nuclear issues as a college student at Antioch in Ohio.

Her experiences in the peace movement, including long after her husband's death, reflect issues that we are dealing with now, including in Seattle. Intondi said Coretta Scott King often had to fight quietly to keep peace and anti-nuclear groups from isolating their issues from the concerns of communities of color. But she succeeded to an impressive degree: People of color constituted 50 percent of the leadership for a famous 1982 anti-nuclear march in New York, which may have helped pressure then-President Ronald Reagan toward arms reductions.

At the UW event, Lilly Adams of Washington Physicians for Social Responsibility urged Whites in the crowd to make sure they take part in protests led by communities of color. In an example of the current revival of the kind of "intersectionality" about social issues that both Kings and other Black leaders mastered generations ago, she stressed the importance of the Poor People's Campaign, a revival of a King-led effort. The group has promised weeks of demonstrations this spring around the Northwest and nationally on the issues of poverty and disenfranchisement.

Thad Spratlen, a professor emeritus at the UW's Foster School of Business who is revered for his early role as an African American scholar at the U, said that he has often seen student groups fail to connect across racial lines. Spratlen suggested White activists go beyond attending protests, such as a tribal-led clean-energy protest, and consciously look for people who may have an interest in another cause, like nuclear weapons.

"The key, I think, is connecting with somebody," he said.

The history of African American involvement with nuclear abolition would suggest that there's reason for hope of broader efforts for peace.

Intondi said the African American struggle against civil rights at home, colonialism and the bomb all reflected a wider moral commitment to universal human rights. And he pointed to the control of 90 percent of the world's nuclear weapons by President Donald Trump and Russia's Vladimir Putin — "two authoritarian White nationalists," as he sees them — as a sign of the need for continued work against both racism and the bomb.

At the UW, Intondi recalled one of the quotes from Dr. King that draws acclaim even in the less political rememberings of his leadership: "Let us realize that the arc of the moral universe is long but it bends toward justice." What is forgotten, Intondi said, is something that King understood: It takes effort on the part of many people to bend that arc toward justice.