A Chicana choreographer storms the barriers of stereotype 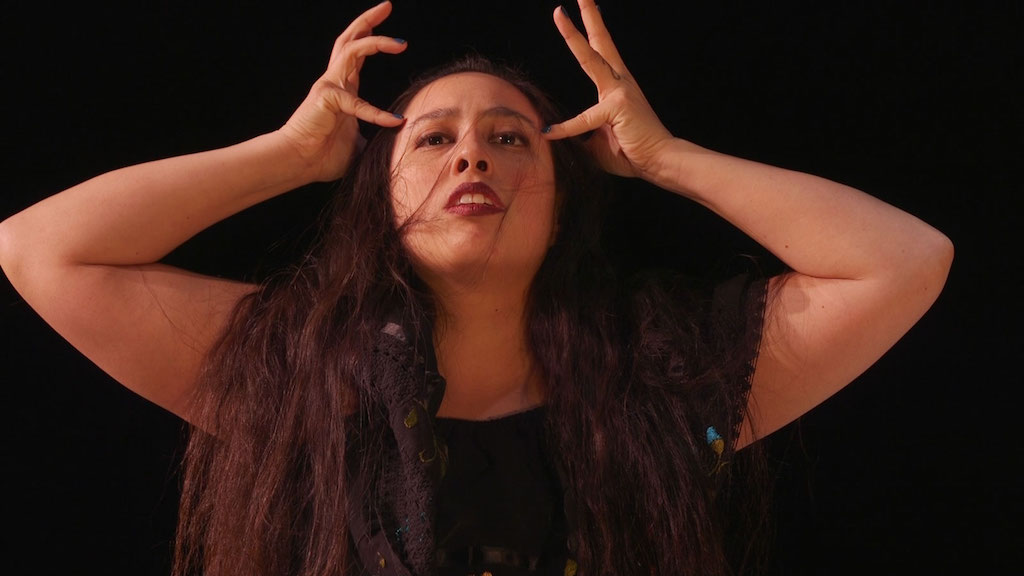 Choreographer and dancer Alicia Mullikin in rehearsal at On the Boards in Seattle. (Photo: Aileen Imperial/KCTS 9)

Seattle-based choreographer Alicia Mullikin is opening minds and challenging long-existing stereotypical notions of who can be a dancer.

The idea about what a dancer is or looks like has not shifted much [in] a long time,” she explains. “I am not tall, long, thin, blonde hair, blue eyes.”

She still recalls what a teacher told her, not too long ago: You don’t look like a dancer. Maybe this isn’t the place for you. You are wasting your time.

The denigration was debilitating but only temporarily. She’s since turned that criticism into something that empowers her as a teacher helping students find their own voice with dance — and as a choreographer whose work proudly proclaims her Chicana heritage.

Mullikin discovered her love for dance at a young age, while growing up in Los Angeles. At age 13, she was in a middle school singing group that “sometimes did funky little dance numbers,” she says. When their choreographer suddenly dropped out, she eagerly stepped in. “I went home and recorded Backstreet Boys and NSYNC and came back the next day ready with dance steps for the group,” she says.

Despite limited finances, Mullikin's parents supported her interest in performing. “It is unusual for immigrant families to support the arts in that way,” Mullikin says. Her father emigrated from Nayarit, Mexico in the 1960s. “The American Dream is to be successful and to have money and a home,” she says. But her parents worked extra jobs in Los Angeles to pay for dance classes. Her mother worked in grocery stores and her father was an ironworker. When it came time for college, they took out a loan on their house to pay for tuition at Cornish College of the Arts.

“Luckily, there were people in my life, like my parents, and my high school dance teacher who believed in me,” she says. Mullikin became the first in her family to graduate from college, earning a degree in dance and recognition as an outstanding dance major from Cornish.

Like her parents, she is now working multiple jobs. "I am thankful for the work ethic that my parents instilled in me," she says. "It allows me to fund my performances and be able to show my work whether I get funding or not." Mullikin currently teaches dance at the Seattle Academy of Arts & Sciences, the eXit SPACE School of Dance and Bainbridge Ballet. “What I want to do as a teacher is to empower students to feel comfortable as themselves,” she says. “To be able to say, ‘this is who I am and my voice matters too.’”

As a choreographer, her mission is to make space for dancers of diverse backgrounds. “I think it’s really important to show representation or show the voices that are not often heard, specifically in dance,” she says. “If you don’t see bodies that look like you, then you don’t always know that it is an option for you.”

Her most recent dance work is called “Reina,” which means queen in Spanish. It’s a tribute to her grandmother, who helped with child rearing when her parents were juggling several jobs to make ends meet. “My grandmother raised ten kids in the projects,” she says. “She to me is an ultimate queen.”

On stage, performing “Reina” recently at On the Boards, her dance style can be described as aggressive, undeterred, confident. To her, it is an attempt to say, “I am here, you better watch me; I have a story to tell and you are sitting in that seat so I am gonna tell it.”