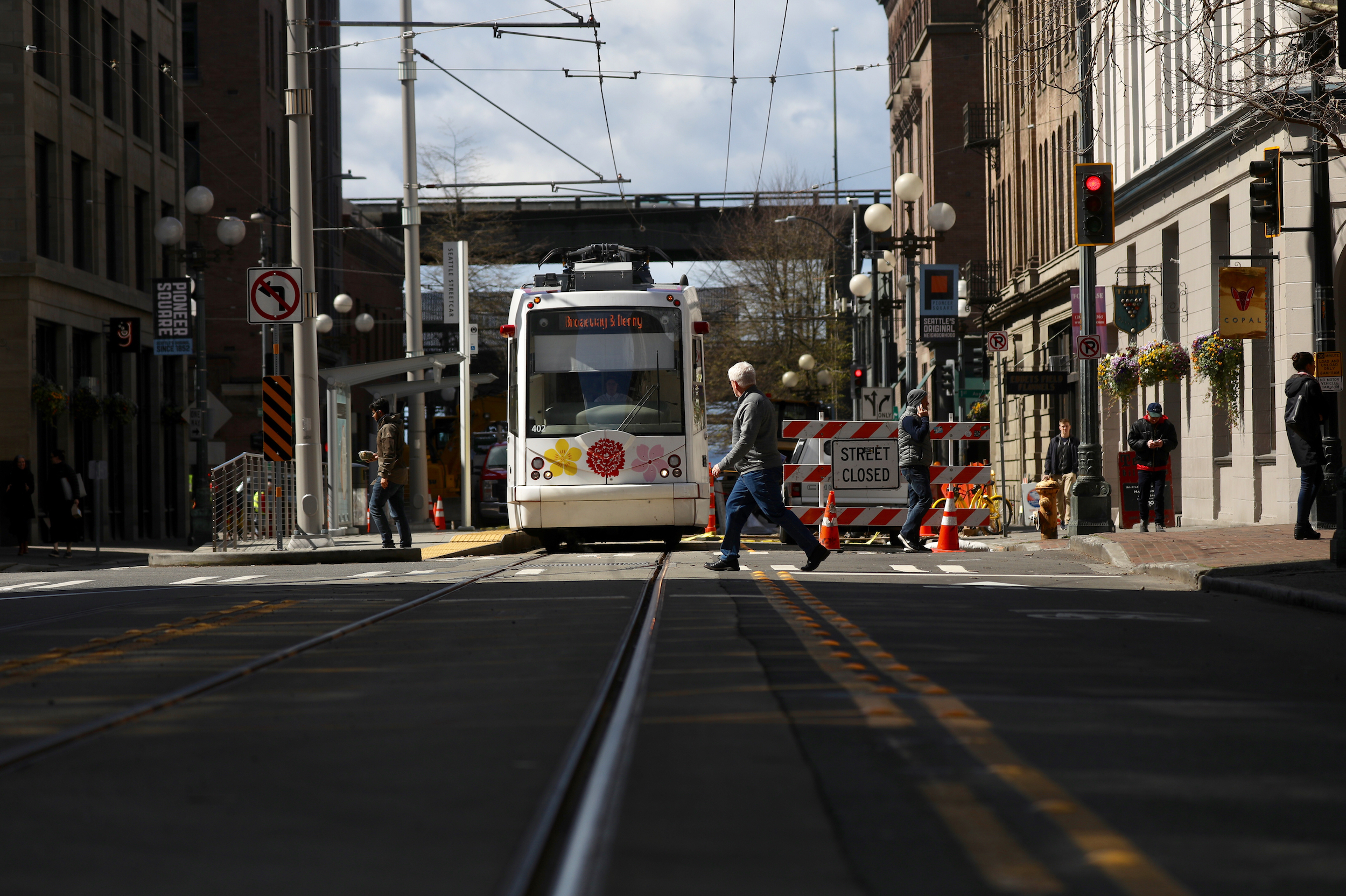 The Seattle City Council has been here before — blindsided by a construction project suddenly over its budget. The latest problem: the streetcar, slated to traverse downtown via first avenue.

With the transit extension $23 million over budget and paused by Mayor Jenny Durkan, there are no good options. The council, burned again by a project exceeding its original cost, is weary. Its members are insisting, as they have done before, better communication and more involvement in oversight of expensive projects.

But delay has its own costs: In a council meeting Monday, acting director of the Seattle Department of Transportation (SDOT) Goran Sparrman said a six-month stop could cost up to $13.6 million.

Following a Seattle Times report that SDOT may have underestimated operating costs for its new streetcar by $8 million a year, Mayor Jenny Durkan ordered a review of the project’s total costs. What she heard was unwelcome: The project itself needed $23 million it didn’t have.

In response, she ordered the project stopped while officials did some accounting. She was praised for her decision by her strong ally Councilmember Sally Bagshaw, and also by Councilmembers Mike O’Brien and Lisa Herbold.

Somewhat surprisingly, she also received support for the stop from Sparrman, who on Monday called the decision “prudent” considering questions around whether the full scope of the project was “appropriately priced.”

Sparrman inherited the project from his recently departed predecessor, Scott Kubly. As the Urbanist recently pointed out, Kubly was hired in part because of his work on Washington D.C.’s streetcar, even winning the moniker of “streetcar czar.”

But now Kubly’s streetcar legacy will be subjected to the scrutinizing eyes of Sparrman, who’s currently conducting a top to bottom review of SDOT, including on project management.

The streetcar presents issues at both a specific and broad level. Specifically, $23 million over budget is clearly a difficult thing.

Broadly, the streetcar problem fits into a pattern of city council members learning about significant cost bumps later than they’d like. Between 2015 and 2016, there was the seawall, which was found to be $70 million over cost; There was City Light’s new utility billing system, which ballooned to $40 million over budget; And there was the proposed North Precinct Police station, which didn’t exceed construction cost so much as its plans seemed to keep growing until it was $60 million more expensive than originally thought.

And that’s just what made headlines.

The issue, it seemed, was always with the original estimate, which the city’s budget officials said were often determined with minimal consideration before becoming accepted as an official estimate.

Fast forward to present day and the council is grappling with another budget buster, which Councilmember Bagshaw said they were alerted to only through the Times’ reporting.

When asked why the new protocols didn’t catch this oversight, City Budget Director Ben Noble said in an email that the budget office continues to work with the council to improve communication. As for the streetcar, he said, “The specifics of what happened with regard to the streetcar will be better understood once we have completed the expert review of operating and capital costs, and the independent investigation of the project’s management.”

Councilmember Rob Johnson said it was fortunate the issues had come to light now, before the project was well under way, as was the case with the seawall and the new billing system. Still, he said, the roots are the same. “This speaks to the issue we’ve been talking about for a while,” Johnson said.

Councilmember Lorena González seemed to question how she could trust follow up investigations into the streetcar project when the council “did not receive accurate information” about the operating costs. “So how is it that city council will be engaged…as part of the evaluation of this independent review in terms of identifying what we can do in the future?” she asked.

SDOT Director Sparrman himself said he's still unsure which cost estimates are the right one. He said he's “making sure all the risks that are associated with this project are appropriately priced. At this point I don’t have confidence that they are.”

As far as the work currently ongoing in Pioneer Square (the streets are torn up), that’s all been preliminary utility work to replace water mains. Sparrman said that work would have happened regardless and, if the streetcar project continues to be delayed or is cancelled altogether, SDOT will repave the streets once it’s finished.

There’s one place the public will continue to remain in the dark: the Watergate-style question of who knew what, when. During Monday’s council briefing, City Attorney Pete Holmes steered discussion of that question into executive session, kept private to discuss potential or upcoming litigation. The timing of the problems could bear relevance on any potential legal action borne out of the streetcar.

Mayor Jenny Durkan is waiting for Sparrman to complete his review of the department before determining next steps for finding a permanent director to replace Kubly, according to her spokesperson Stephanie Formas.