Here’s a thought, City Hall: Talk to us about parking 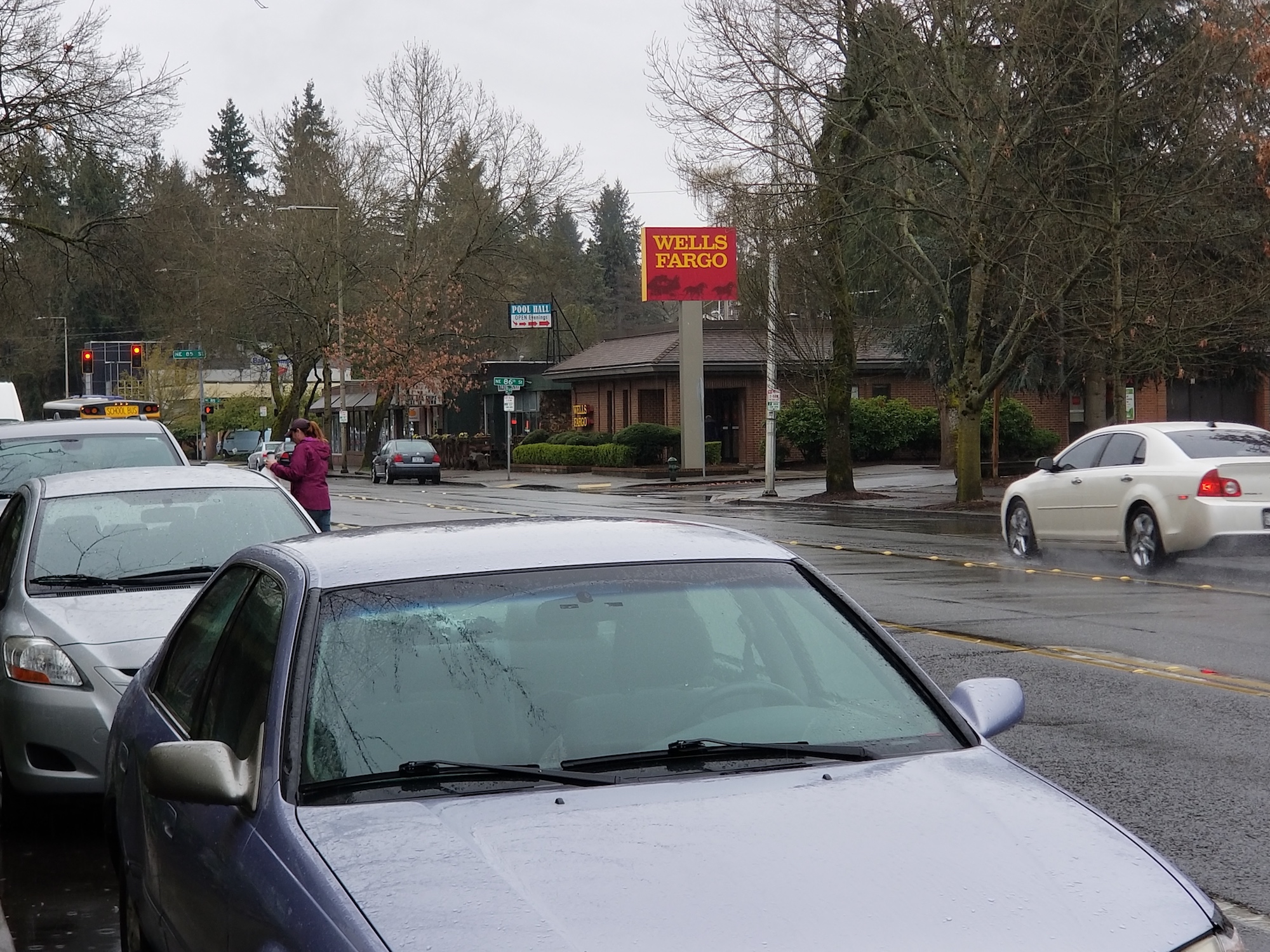 Seattle needs to make changes for pedestrians, bicyclists and drivers along 35th Avenue NE. But whose voice counts?

You often hear City of Seattle elected officials talk about how their decisions are data-driven and the product of an open and transparent process. But is this really the case?

Something is happening now in my neighborhood of Wedgwood in northeast Seattle that seems to have come about in defiance of the data.

Many people are just becoming aware of a Seattle Department of Transportation (SDOT) proposal to remove 60 percent of the street parking in the Wedgwood business district and put in protected bike lanes on 35th Avenue NE there. SDOT documents characterized the proposal as a “paving project” when, in reality, it is a complete reconfiguration of the neighborhood’s main arterial. And we are not alone. A similar project is happening in Wallingford along 40th Street.

The small businesses on Wedgwood’s 35th Avenue were surprised and none too happy once they realized the city’s real plan — and how it would hurt them as they try to compete with businesses in University Village and on the Ave in the University District. More than 70 percent of the businesses along 35th sent a letter to the mayor and City Councilmember Rob Johnson expressing their concerns over the project. More than 2,500 neighborhood people have signed a petition expressing their opposition.

Many of us in the neighborhood assumed this was the work of former SDOT Director Scott Kubly. It would fit with the way he performed public processes under former Mayor Ed Murray — which is to say, keep the public out of it. So it was surprising to find that the main proponent of this, ahem, paving project was our own district elected official, Councilmember Rob Johnson.

The proof came to us after a public disclosure request revealed a Dec. 30, 2016, email from an SDOT planner to Johnson, in which a plan to reconfigure street lanes to add bike lanes in both directions is referred to as being part of a larger “channelization.” It included these statements: “As you know, the public outreach for the channelization of 35th is running at 68% opposed. We are inclined to propose 36th Avenue NE (up to 85th) greenway as an alternative. However, last time we met with you, you were continuing to support the 35th option. We’d like to suggest that you convene a meeting in the neighborhood and talk to folks about their concerns.”

By April 2017, however, another email showed SDOT saying that Johnson gave the department “clear direction on the 35th Ave NE paving project,” despite him being reminded then that SDOT “heard 68% opposition to bike facilities/parking removal” from the community.

SDOT also told him: “The changes will mean: parking removal; buses blocking vehicles/bikes at times, and a likely increase of ‘platooning’ traffic with peak-hour lane reduction.” Johnson ignored both SDOT and his constituents’ concerns and endorsed the reconfiguration changes anyway.

After further conversations with SDOT staff, it became clear that then-Mayor Murray believed it was a waste of time for him to get involved and that Johnson would take the heat for the deeply unpopular project. SDOT staff, however, were concerned that they and the mayor would take the heat from the community. Most people in the neighborhood probably still believe that SDOT is driving the project.

The larger questions, though, are these: Why did this get rolled out as a “paving project”? Why did Rob Johnson ignore the recommendation of SDOT planners and the majority of neighbors and small business owners? Presumably the data he uses to make decisions comes from SDOT, right? And finally, the biggest question: Whom does he represent?

To his credit, he has met with people in the neighborhood to explain that he continues to support the project and is not going to change his mind. He will be meeting with the Northeast District Council today (April 5) to discuss this project, as well as other issues in his council district.

But had it not been for the emails secured through a public disclosure request, nobody would have known who was driving this project that raises lots of questions. I have worked in two mayoral administrations, those of Paul Schell and Greg Nickels. I have never seen a council member direct SDOT in such an aggressive manner as this. Council members hold the purse strings but they do not direct departments — that is the job of the mayor.

In 2019, for the first time, all of the district-elected council members are up for re-election at the same time. These elections will be referendums on how well they work with their constituents and represent their interests. There will be lots of doorbelling and hearing from people about neighborhood concerns. There are lots of theories as to why Seattle residents decided to move away from a council elected at large by all of the voters to one elected from seven districts and two at-large positions. Maybe one reason is because people wanted to have a say in what happens in their neighborhood and have an advocate at City Hall who understands them.

This would be a good time for the mayor and SDOT to hit the reset button and find a compromise that works for safety, the businesses and the neighbors. We now know that SDOT was proposing very similar safety and mobility improvements — especially for pedestrians and bicyclists — to those sought by the neighbors and businesses. We have sent the mayor and SDOT a thorough proposal to improve safety for bicyclists, pedestrians and drivers — common sense improvements that most everyone can support.

It’s a truism that politicians can’t make everybody happy; it’s part of the job. But they can listen to professional department staff, business owners and the community to help craft solutions that don’t divide people. It’s not too late for that kind of approach again at City Hall.