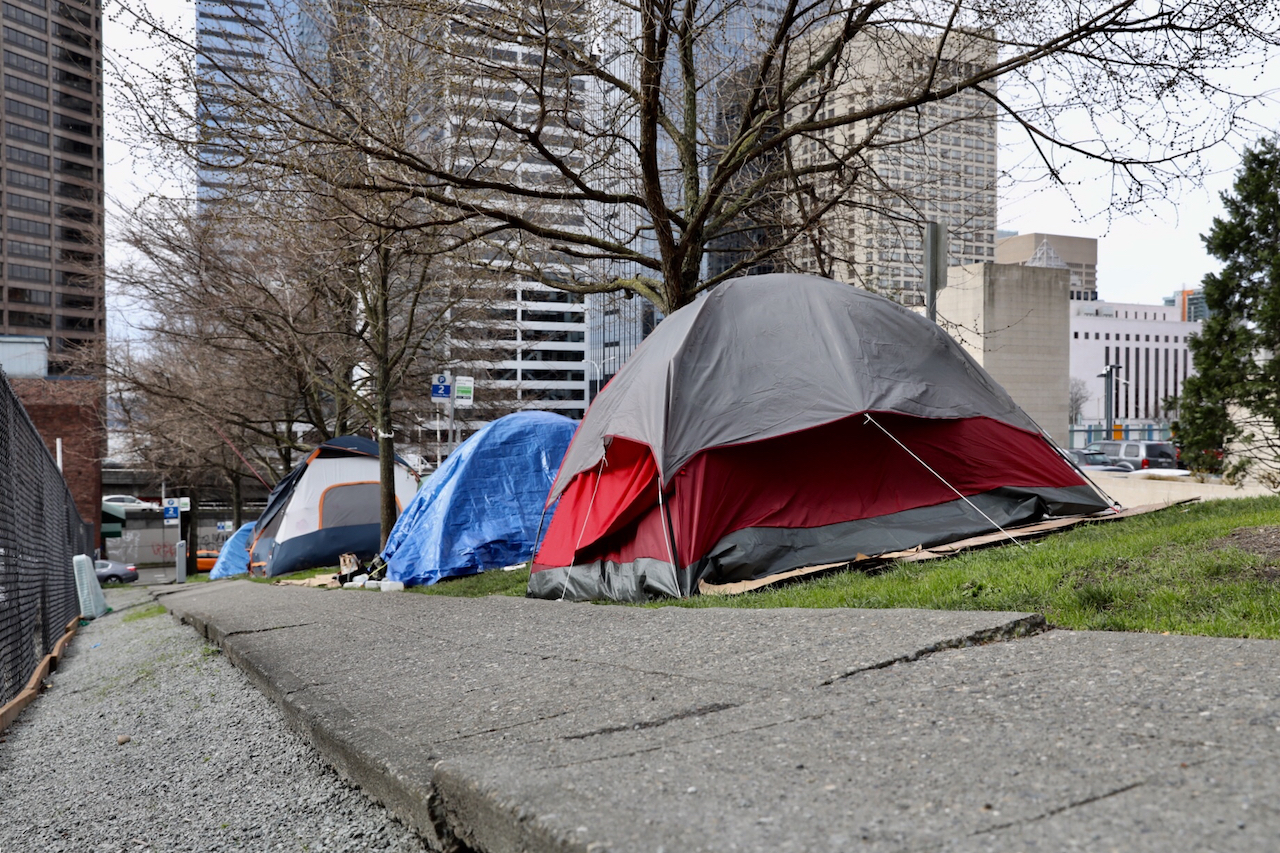 Earlier this month, affordable housing developers told the City of Seattle they would collectively ask for a whopping $270 million to help build more than 2,500 below-market apartments. That’s more than double last year’s number, another sign of the city’s strong need for cheap housing.

But with current resources, the city’s Office of Housing can only fund about a quarter of that, which means city dollars can only fund between 600-700 cheap apartments.

It’s this disparity between housing needs and what the city can afford, in combination with the ballooning homelessness crisis, that led to the Seattle City Council’s proposed new $75 million a year tax on businesses. The money from the tax, unveiled Friday, would likely allow for an additional 300-400 units on that list to get city funding — an additional 1,780 over the next five years.

The tax is a revival from last fall, when a smaller proposal failed to win enough council support.

The bill would raise money through a tax on the number of employees per business. Then in 2021, it would convert to a tax on total payroll. Employers seem to prefer the payroll tax over a tax per employee.

The new tax would apply only to large businesses that earn more than $20 million in revenue — not profit. In a briefing with reporters Friday, city officials estimated only 3 percent of Seattle businesses would be affected.

The $20 million number only applies to revenue earned in Seattle, meaning, say, an Arby’s in SoDo earning less than that won’t have to pay the tax even if its corporation’s earnings was significantly higher.

For that reason, it’s celebrated by proponents as a tax on Amazon, where there is none currently. And in effect, it is: Councilmember Mike O’Brien estimated Amazon would likely pay around $20 million a year in new taxes.

Opponents, mostly from large sectors of the business community, dismiss the proposal as a “tax on jobs.”

In a recent roundtable with business owners, panelists complained that Seattle is making running a business untenable. The tipping point is near, they claimed, and this tax could be the final thing that puts them out of business.

The Seattle Metropolitan Chamber of Commerce has lobbied its members and the Seattle City Council for months opposing its passage. In an email to members Thursday, CEO Marilyn Strickland wrote, “There are no reports showing how they (the City Council) are using the current $63 million in funding for homelessness, the $100 million–plus for affordable housing, the $30 million bond for affordable housing or the $6 million in proceeds from the sale of city-owned property to address homelessness.”

The tax — labeled an “Employee Hours Tax” — picks up where a so-called “progressive revenue task force” left off. A group of volunteer lawyers, providers, people struggling with homelessness and several small business owners first recommended the dramatic increase in spending.

The total amount dedicated to new construction would come in at about $50 million in the first year.

The remaining 20 percent would go toward funding emergency homeless services, such as more shelter, hygiene services, public health services and outreach to people living in RVs and cars.

“From my perspective, we will see less human suffering on the streets of the City of Seattle and that’s really what this work is about,” said Councilmember Lorena González.

Councilmember Mike O’Brien said Friday he thought this spending would make a real difference. “This set of investments I believe is significant enough to reduce the flow into homelessness,” he said.

Throughout her campaign for mayor, Jenny Durkan artfully avoided favoring or opposing the proposed tax. In a letter sent to the council earlier this week, first published by the Capitol Hill Blog, Durkan still avoided a firm yes or no, but was more specific in what she wanted to see from the final proposal. Whether Durkan supports it or not will dictate whether the council needs five or six votes to pass it — the difference between simple and veto-proof majorities.

In her letter, Durkan called on the council to reject a so-called “skin in the game” piece of the original proposal, which would have required a $200 contribution from every business in Seattle. That was not in Friday’s proposal.

She also called for the council to exempt nonprofits, which the final proposal has done.

However, against Durkan’s wishes, the new proposal does not set up a new oversight body specifically for this tax. González said Friday she was not opposed to more oversight, only that it didn’t make it into this draft because Durkan’s letter came so late in the process.

In a statement, Durkan said, "In the upcoming days, the City Budget Office, City Attorney’s Office, and departments will be reviewing the details to determine how the proposed legislation and spending plan meet the priorities the Mayor communicated to Council."

Whether Durkan decides to allow the bill to go into law or veto it could be crucial. The council appears to have support from a majority of council members. Councilmember González voted against the last proposal over concerns about the process. But she said Friday she’s never opposed the policy and has signaled her support for this one.

But González said she hoped the final vote would be unanimous. “I continue to think that this issue is of such significance that my hope is that we will have unanimous support at the end,” she said.

After three more committee hearings and at least one public hearing, the measure is scheduled for a final vote on May 14.