What to watch for in two upcoming Seattle performances 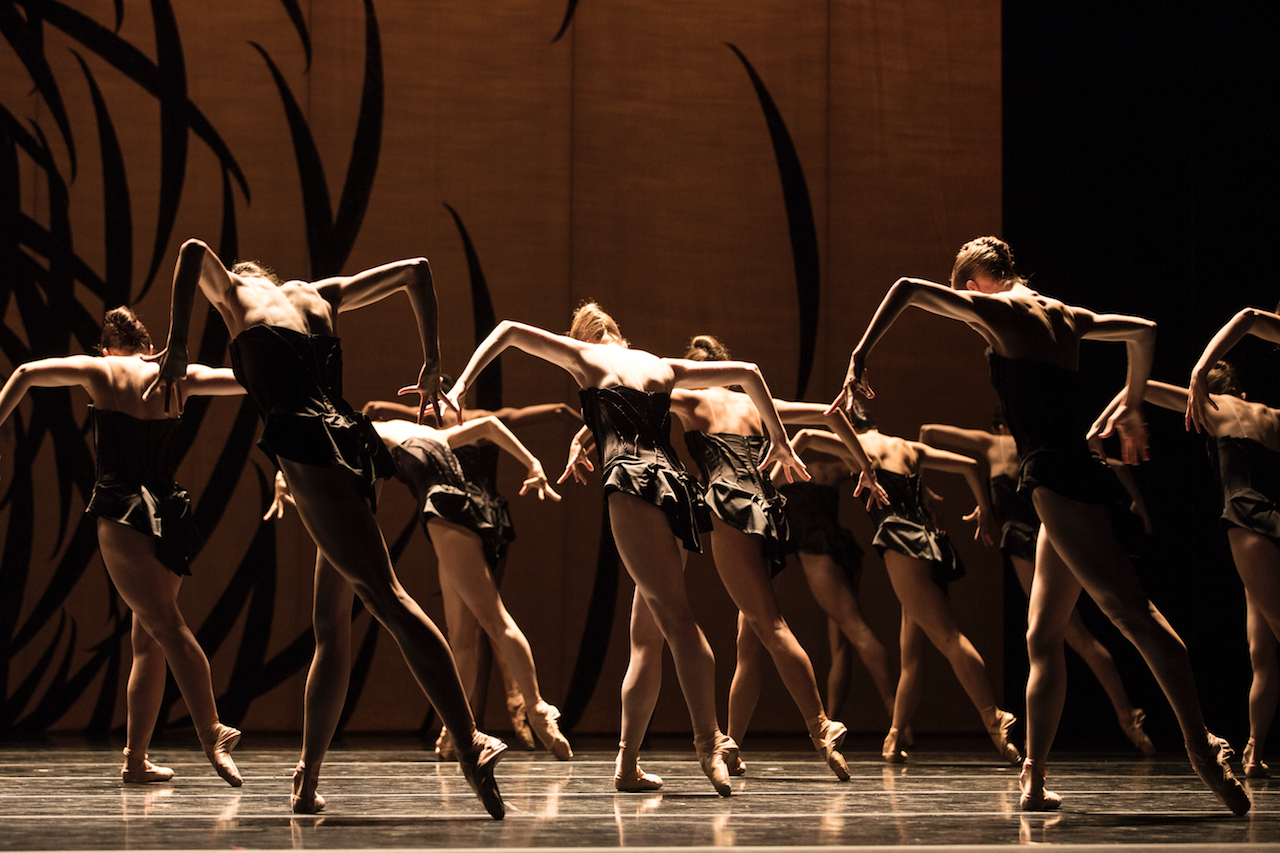 “The elbows can’t be mushy,” says ballet master Anne Dabrowski, advising the Pacific Northwest Ballet during a recent rehearsal. “Keep it sharp, even harder. Make sure there’s tension in your hands. And really spiky fingers.”

Trained as masters of fluidity, the dancers have to make a full-body adjustment to execute this particularly pointy piece: “Emergence” by Crystal Pite.

The Vancouver B.C.-based choreographer is known for creating avant-garde, often darkly themed work (with lots of sharp angles and articulation) that requires tremendous skill on the part of the dancers. At age 47, she’s regarded as something of a goddess in the contemporary dance world, though a particularly Canadian goddess, as she’s famously kind and unassuming.

This week marks the third time PNB will perform “Emergence” in Seattle (April 13–22). Based on “hive mentalities” and featuring a flicky swarm of 34 insect-like dancers, the piece has proved an audience favorite since making its local debut in 2013. It also marks the second time in six months that PNB has performed Pite’s work; her “Psycho”-inspired “Plot Point” brought nefarious dealings to the stage this past fall.

Pite has proven immensely popular at other Seattle dance venues, too. Just last month, her company Kidd Pivot performed the gut-wrenching “Betroffenheit” at the Moore Theatre (where it previously wowed audiences in 2016). The Northwest Film Forum screened a filmed version of Pite’s “Dark Matters,” which premiered at On the Boards in 2011.

And in addition to “Emergence,” there’s yet another chance to see Pite’s work this month: Chicago’s Hubbard Street Dance will perform her piece “Solo Echo” as part of a mixed bill at the UW’s Meany Center for the Performing Arts (April 19-21). Never before presented in Seattle, the piece contains a sort of greatest hits of Pite’s styles and mechanics, which she rearranged “to say something new” about love and loss.

So why has Seattle fallen so hard for Pite? As PNB artistic director Peter Boal says in his “Emergence” program notes, “Crystal Pite’s voice is all her own.” She is one of those elite choreographers whose work is instantly recognizable, despite radically different storylines, thanks to her specific and often strange movement style — ballet that has mutated into something recognizable but alien.

Watch for these Pite signatures in upcoming performances:

Replicants: Whether through puppets, masks, mannequins or body doubles, Pite relishes the frightening prospect of doppelgangers — shadow sides or other selves. Sometimes one dancer manipulates another like a human-sized doll; other times, as in “Dark Matters,” the puppet gains power over the puppeteer. Choreographically, Pite portrays such doubles with exaggerated joints. In “Plot Point,” the replicas walk oddly, as if using too many bones in their feet. Such characters seem to have learned human movement not from living in a body, but from reading about body mechanics in a book. The audience is drawn in by the manner in which these humanoids are slightly off.

Running: One of the ways Pite imbues her work with humanness is by having her dancers run — in packs like animals or alone, in big loping strides, angled forward with implied momentum. It gives the stage a sense of vastness. It also relays primal human impulses: fear, urgency and self-preservation.

Independent elbows: In a filmed rehearsal for her newest work, “Flight Pattern” (not yet performed in the U.S.), Pite tells her dancers to “feel like you’re being picked up by your elbows.” In her work, elbows have minds of their own — they are often bent awkwardly and held higher than the head. They move independently, like antennae, or flick like wings (as in “Emergence”). Pite treats elbows as if they have eyes, gathering information before it gets to the brain.

Flickers, ripples, pulses: Certain movements in Pite’s work show up like physical tics: a hand fluttering like a moth against a screen, backs that suddenly hunch then flatten. In “Betroffenheit” dancers pulse as if standing in a subway car, totally still except for a rhythmic jostle. Such movements feel like uncontrollable expressions —bursting forth from a body trying to contain them, rejecting any psychological desire to be still. In the same way, ripples move through groups of dancers — repeated movements that spread like a virus, giving the look of a flipbook or stop-motion animation (see this Slinky effect in “Solo Echo”).

Head games: Pite’s pieces inspire one to think of heads in a whole new way. Her dancers may dart theirs around like C-3PO, or employ them on the ground as stabilizers. In many cases, they don’t seem to be hooked up quite right. During a grand jeté, instead of a head held high, the chin is collapsed tightly to the chest (as in “Emergence”). Dancers manipulate their own heads into position with their hands and sometimes do the same for others.

Matisse dance: For all her intriguingly alien movements, Pite is ultimately a careful student of humanity. Perhaps that’s why she’s drawn to a form that recalls Matisse’s legendary painting of five dancers holding hands and moving in a circle. Pite’s versions are perhaps less joyous, more mangled, but still convey a sense of people holding on to each other — simultaneously pulling closer and pushing away in the dance of life.

Post-performance lobbies are always peppered with audience members trying to copy Pite’s moves — as if their bodies are saying, “Hey, let me try that!” Which is exactly what she intends. In a 2014 talk with Vancouver’s Public Salon she said, “I’m trying to create performances that connect audiences to the stories that are contained in their own bodies.”