Is a strike looming at the University of Washington? 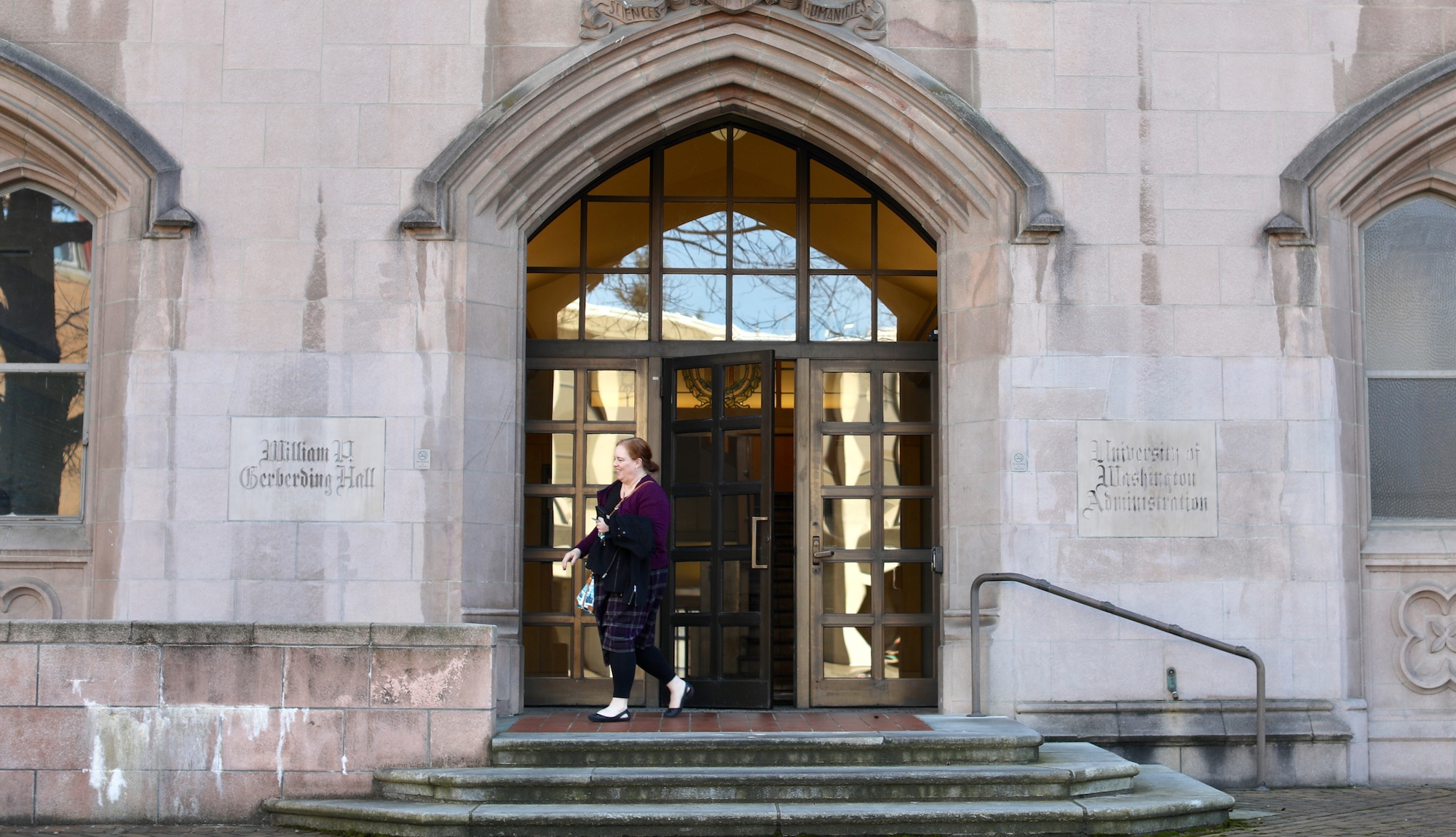 The University of Washington may have its share of ivy covered halls and scenic cherry blossoms, but recent rumblings about the possibility of a labor strike call to mind the gritty panoramas of factories and industrial waterfronts.

Just under two weeks until their contract is set to expire, academic student employees at the University of Washington plan to wield the threat of strike should negotiations run awry.

Since February, the union representing these academic workers — comprising some 4,500 students who primarily work as readers of students' papers, graders, tutors or research and teaching assistants — have pushed members of the UW’s labor relations team to acquiesce on a variety of proposals, including a first-year wage increase. The union says the proposal would keep members from being “rent burdened” — paying 30 percent or more of their income on housing. (This, union members say, would require at least a 4 percent bump in current wages. In addition, they are proposing cost of living-adjusted increases for each of the succeeding two years).

Beyond the wage questions, the student employees are seeking contract language that codifies a hefty, hours-long sexual harassment training program to be developed and administered by union members.

Talk of strike may mainly be a bargaining tool, but it’s at least somewhat more than theoretical: The last time academic student employees went on strike was in 2001. It lasted 15 days.

Strike authorization discussions began in earnest earlier this month after UW officials failed to meet a mutually agreed-upon deadline for agreeing to the union’s “non-economic” proposals. These, in addition to the sexual harassment training, included defining precautionary and protective measures that the university would take for students who bring sexual harassment and assault complaints. The hope is to eliminate or minimize disruptions for the student during an investigation and could mean separating the student from, say, an alleged harasser, or vice versa.

On April 4, buoyed by boisterous support from fellow academic student workers and several prominent local leaders, including Seattle City Councilmember Kshama Sawant and Democratic state Rep. Nicole Macri of Seattle, union members began to weigh the implications of a strike — and what it might take to convince their fellow colleagues to commit to one.

In succeeding rounds of negotiations, union members were somewhat encouraged by progress on the non-economic proposals but grew frustrated when wages were discussed last week and on Monday. Meg Drouhard, a union negotiator and research assistant in the Department of Human Centered Design and Engineering, said union members were disillusioned after the university proposed no increase on wages during the contract’s first year. That would be followed by a 1 percent increase in each of the succeeding two years.

“Zero percent is the worst offer they’ve ever made to us,” Drouhard says.

Drouhard and others say they don’t expect the university to stay with that number, but they were offended nevertheless. Now, in an effort to increase pressure on university officials as they enter the last week of contract negotiations, union members will conduct a formal vote to authorize a strike. Voting will close next Tuesday night.

In a message to Crosscut, UW spokesperson Victor Balta said, "The UW remains committed to negotiating an agreement that fairly compensates our academic student employees and remains consistent with our university values, and we will continue to work toward a positive outcome."

Balta added that academic student employees do not have the right to strike under their contract and state law. According to David Parsons, who is the president of UAW 4121, which represents the academic workers, the current contract has a "no-strike" clause, but he and others argue that this is time-limited and expires when the contract does.

“Voting to strike does not mean striking,” Drouhard says. In some ways, the idea is to avoid actually striking by putting enough pressure on the university to concede to their proposals. The vote, if successful, would give authority to the bargaining committee — those at the table negotiating — to call a strike, should that need arise.

“Historically,” Drouhard says, “strike authorization votes have been the leverage we needed to get substantial movement from management.” She points to the last contract negotiations, in 2015, when union members were especially concerned about a $362-per-quarter “building fee” the university was asking academic student employees to pay. Members overwhelmingly approved a strike authorization and the university ended up waiving the fee, Drouhard says. (In the current round of negotiations, union members say the administration is looking to reinstate this fee.)

In an academic setting, striking has its own risks, beyond the potential for lost wages if no gains are made at the negotiating table. It means abandoning research and, in some cases, forfeiting grading that undergraduates rely on to move along in their academic careers.

“The people who would be most at risk would be people at the lower end of our pay range,” Drouhard says, emphasizing that many union members struggle to pay rent.

But there can be more insidious consequences, some union members say. They suggest there is a possibility of retaliation from faculty who aren’t supportive of union activities, and who may demand union members submit all of their work in advance of the strike. For students who do not, or cannot, comply with those demands, there is some fear that future appointments from faculty could be threatened.