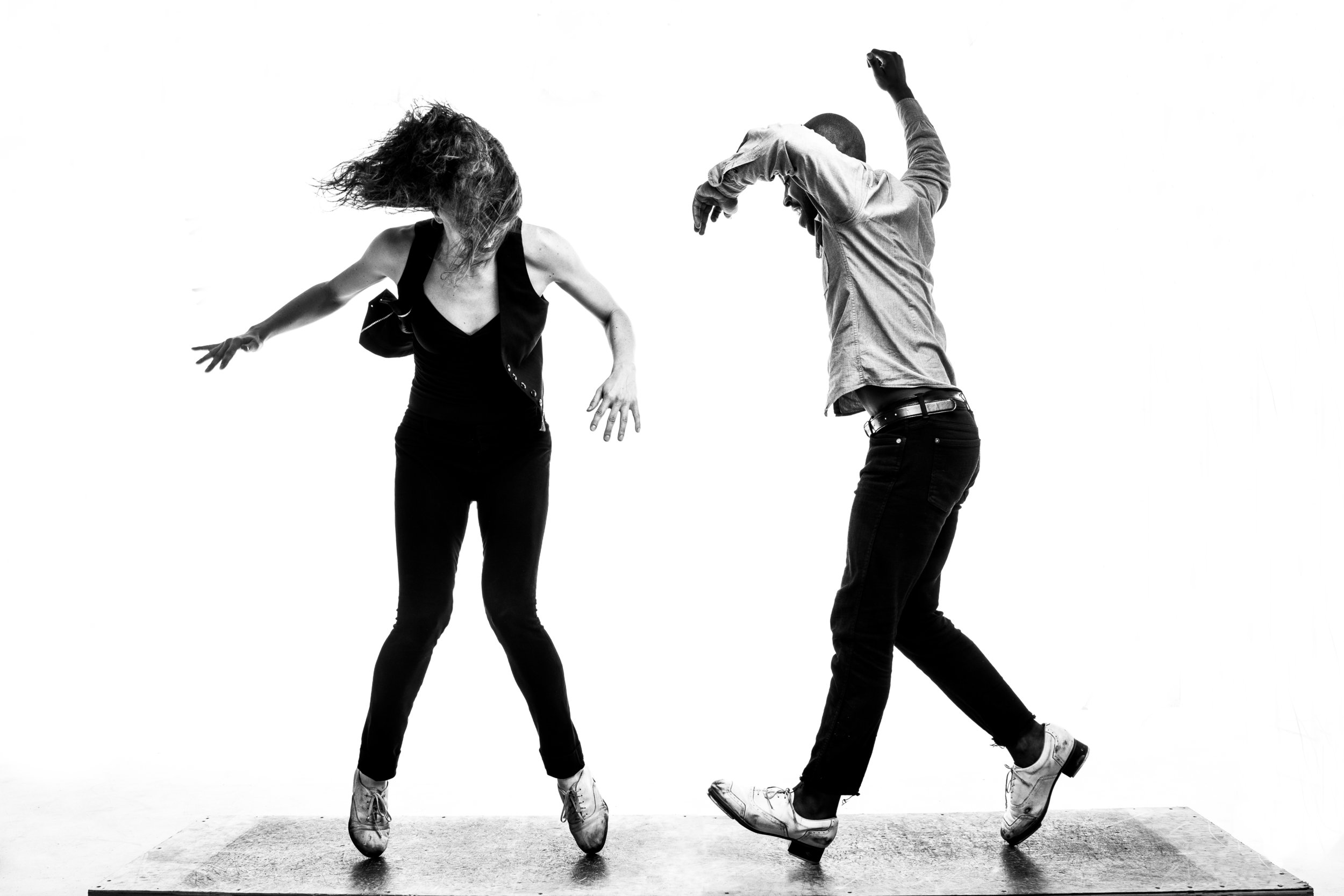 So you think you have a handle on the outermost possibilities of tap dancing? Think again. Choreographer Michelle Dorrance, a 2011 recipient of the MacArthur “Genius” Award, confounds tap-dance expectations in several ways with three works she’s bringing to the Moore Theatre on Saturday. The program includes “Three to One” (set to music by Aphex Twin and Thom Yorke), “Jungle Blues” (score by Branford Marsalis) and “Myelination” (jazzy, jittery keyboard-and-percussion score performed live by Prawn til Dante). On the Dorrance Dance website, “Myenilation” looks especially arresting, combining contemporary dance moves with a jazz-tap electro-pulse urgency.

Cadence: A Video Poetry Festival is among the most unique events throughout National Poetry Month. See two days of films and attend a workshop celebrating this little-known genre. Video poetry is just as it sounds: a synthesis of words and visuals, each creating new meaning for the other. But really, “an attempt at describing video poetry with words alone leaves out half the poetry of the genre.” This Thursday, see a selection of Core Works that have shaped visual poetry since its conception in the late 70s, featuring poetry by Eula Biss and Claudia Rankine. Afterward, Amaranth Borsuk, video poetry pioneer Tom Konyves and spoken word poet Nikkita Oliver will take part in a panel discussion.

Seattle’s complex Native American history is in the very fabric of its name. Chief Seattle’s daughter Princess Angeline was, like her father, a member of the Duwamish tribe, which before white settlers arrived in the 1850s, had been living in this area for centuries. Today, while still not federally recognized as a tribe, the Duwamish longhouse sits in West Seattle, serving as a center of community for tribe members and educational resource. This Saturday, the Duwamish tribe will honor Princess Angeline at its annual Princess Angeline High Tea. Enjoy tea, springtime flowers, conversation and finger sandwiches and desserts, inspired by local and seasonal ingredients. And in the meantime, check out local filmmakers Sandy and Yasu Osawa’s documentary “Princess Angeline.”

Dina Martina: Cream of the Drawer

There isn’t a more entertaining way to spend two hours. My love for Dina Martina and awe for her brilliance has only grown over the years, in accordance with my collection of Dina Martina commemorative memorabilia. Her holiday shows are legendary (the last one crescendoed to a festive rendition of “Piano Man”) — music, storytelling, drag and comedy of a caliber as vibrant and deceptively messy as Miss Martina’s cartoonish lipstick application. Her spring show is just as incredible, billed as a night of “unequalled song, unnecessary dance, and unattractive costumes.” Buy tickets now before they sell out!

Strolling among the ceramic sculptures of Seattle artist George Rodriguez is like simultaneously entering an ancient realm and a brand new world. Rodriguez, who grew up in Texas, mines a strong Mesoamerican vein in his work, and in “Guardian,” his new show at Bainbridge Island Museum of Art, he draws particular inspiration from thousands of artifacts found at the pyramids of Teotihuacan in 2003 after torrential rains uncovered a pyramid tunnel. Some of his sturdy figures look like pre-Cortés Aztec or Mayan emissaries. Others – “Battle Ready,” “In Hijab,” “Dreamer” -- take those same indigenous features and place them in a contemporary context. “Battle Ready,” in his military uniform, and “Dreamer,” in her blue graduation cap and gown, are especially powerful. Rodriguez can be playful, too. “Guardian” includes a flower-bedecked “Lion,” two little camels (one “ambitious,” one “eager”) and a whole wall of wildly varied monkey masks. Looming above them all is Rodriguez’s “Uncle Sam,” whose upward gaze is filled with careworn concern. Note: The visitors’ book makes it clear that kids love this show. If you’re planning a family outing to Bainbridge, don’t miss this.

At this festival, ordinary citizens make food creations inspired by beloved books. Think of a literary, conceptual, amateur “Ace of Cakes,” all set at the independent bookstore Third Place Books in Lake Forest Park, where new and used books sit side-by-side. Before being consumed, edible books are presented alongside the book that inspired them and then judged. Some honors include “Most Book-Like” and “Most PUNderful.” The only way this festival could be cuter is if it somehow incorporated teacup pigs (idea for next year).

In her 1994 work “Bird by Bird: Some Instructions on Writing and Life,” Anne Lamott writes: “For some of us, books are as important as almost anything else on earth. What a miracle it is that out of these small, flat, rigid squares of paper unfolds world after world after world, worlds that sing to you, comfort and quiet or excite you. Books help us understand who we are and how we are to behave. They show us what community and friendship mean; they show us how to live and die.” How wonderful it is that over her career, Anne Lamott has created books to add to this canon, giving us words that can feel like a hug, or a prod, or a burn. Later this year, she’ll release “Almost Everything: Notes on Hope;” and will share her humor, hope, and wisdom at Benaroya Hall on April 8.

“Seattle on the Spot: The Photographs of Al Smith”

This atmospheric show plunges you straight into 1940s/1950s Seattle, when communities of color, thanks to neighborhood segregation and redlining, were largely forbidden from taking part in the life of the wider city. Judging from Al Smith’s photographs, especially his shots of big-name jazz-club performers (Duke Ellington, Lionel Hampton) and their audiences, they made the most of the bad hand dealt to them — and welcomed anyone to the party who wanted to attend. “Spot” also includes plenty of shots of African-American and Asian-American Seattleites going about their daily business. In a New York Times article about the show last week, Smith was dubbed Seattle’s “go-to photographer for events, celebrations, and gatherings in the African-American community.” That’s right on target.