Translating Shakespeare for both deaf and hearing audiences 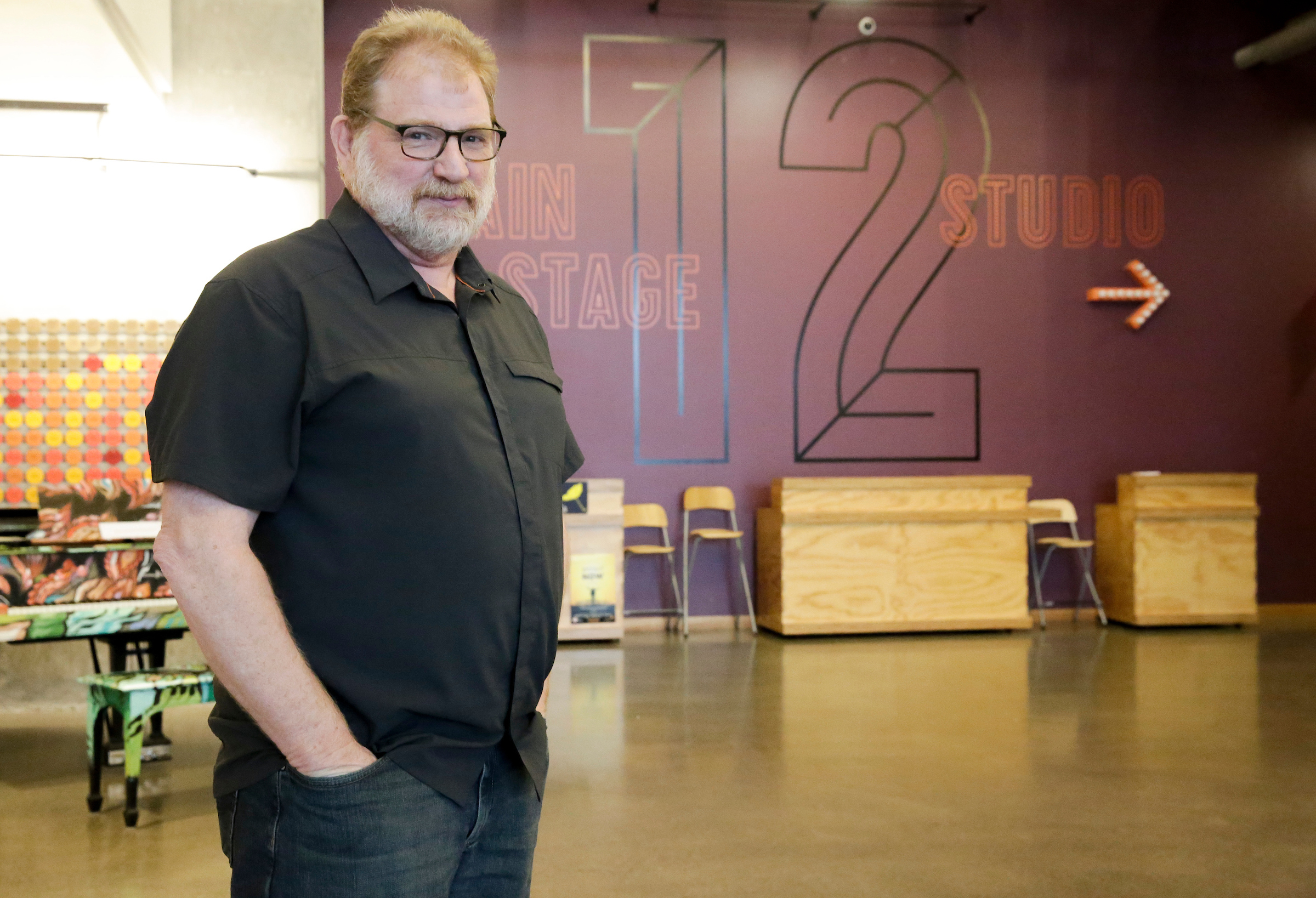 Early on in Howie Seago’s acting career, he approached producers at Paramount about featuring a deaf character on Star Trek: The Next Generation. It was 1987 and for 45 minutes, he sat in a cigar smoke-filled room listing off the many unique ways they could incorporate voiceover for a deaf character that would not only allow hearing audiences to understand the lines, but actually enhance the plot.

Six months later, they told him the good news: They wanted him on the show and would be incorporating his suggestion of using a trio of translators who take turns speaking his lines depending on his emotional intent.

The resulting episode was “Loud as a Whisper,” in which Seago plays a deaf conciliator attempting to end a centuries-long dispute between two planets. This would be only one of the Seattle native’s many career highlights. From playing the title role in the Greek Tragedy Ajax in the mid-1980’s at the Kennedy Center and abroad to becoming the first deaf actor to perform in an Oregon Shakespeare Festival show in 2009 (He’s now performed in 14 of the Ashland festival’s shows), his nearly four-decade long career has helped solidify a place for deaf actors in mainstream work.

Now Seago, 64, is bringing his knowledge and experience back to Seattle for Sound Theatre Company's inaugural American Sign Language (ASL) and English production of A Midsummer Night's Dream, which will debut on April 19 at 12th Ave Arts. But rather than being on stage, Seago, who grew up in Tacoma, will be sharing all that he's learned as its co-director.

“Finally, the deaf community can see something that was made by one of their own, who understands their language, their feelings, their perspective,” he said.

Teresa Thuman, Sound Theatre Company’s producing artistic director, who is hearing, said she was inspired to do the show after hearing comments about how challenging it can be to interpret Shakespeare for deaf audiences.

“It started me thinking, there’s a whole community of deaf people that have not experienced Shakespeare,” said Thuman, the show’s co-director.

So she started emailing with Seago about producing a show that avoids any need for an interpreter, by incorporating sign language into the performance.

The cast is a mix of both hearing and deaf actors, so they have interpreters on hand, and those involved with the production who aren’t fluent in ASL have started picking up the language — including Thuman. Unlike shows in a single language, a lot of the work so far has involved translating the lines from the Shakespearean text to modern English and then American Sign Language.

It’s an intricate process that involves cast members proposing signs for a line, and then Seago working with them to determine what would best communicate Shakespeare’s intended meaning. Seago calls himself a perfectionist when it comes to this process, working to find just the right gestures and visual imagery to capture the text.

Thuman said the process is astounding. “He moves it from just an interpretation into its own poetic, visual, physical art form,” she said. “It’s transformative to watch that process happen.” She said she hopes to do more productions like this one in the future.

Once they’ve gotten translations taken care of they can start staging the show, giving Seago the chance to incorporate the artistic and story-driven techniques he’s picked up over the years for voicing the deaf actors’ lines. They’re using a variety of approaches to make sure hearing and deaf audiences not only understand the show, but are thoroughly entertained. Sometimes this will involve a hearing character saying out loud another character’s lines, as that character signs them.

For example, they plan to place the actors who play the part of the fairies up high above the rest of the cast, and have them speak the lines of some characters as those characters sign the lines below them. Other times, no interpretation will be needed, as the actor will communicate a line through a visual gesture that a deaf or hearing audience member can easily understand.

The production is sure to introduce many more audiences (both hearing and deaf) to the captivating power of ASL and English theatre and open the door even farther in terms of opportunities for deaf actors. Seago said there are not many mainstream production opportunities for deaf actors locally, so this is truly a rare accomplishment. In fact, some members of the cast have never actually acted on stage before.

“So we are biting off a huge chunk of theatre meat,” he said. “At this point, we are chewing quite well.”

The tax could raise $2.5 million per year for local arts, culture and science nonprofits and community projects.