13 things to do in Seattle 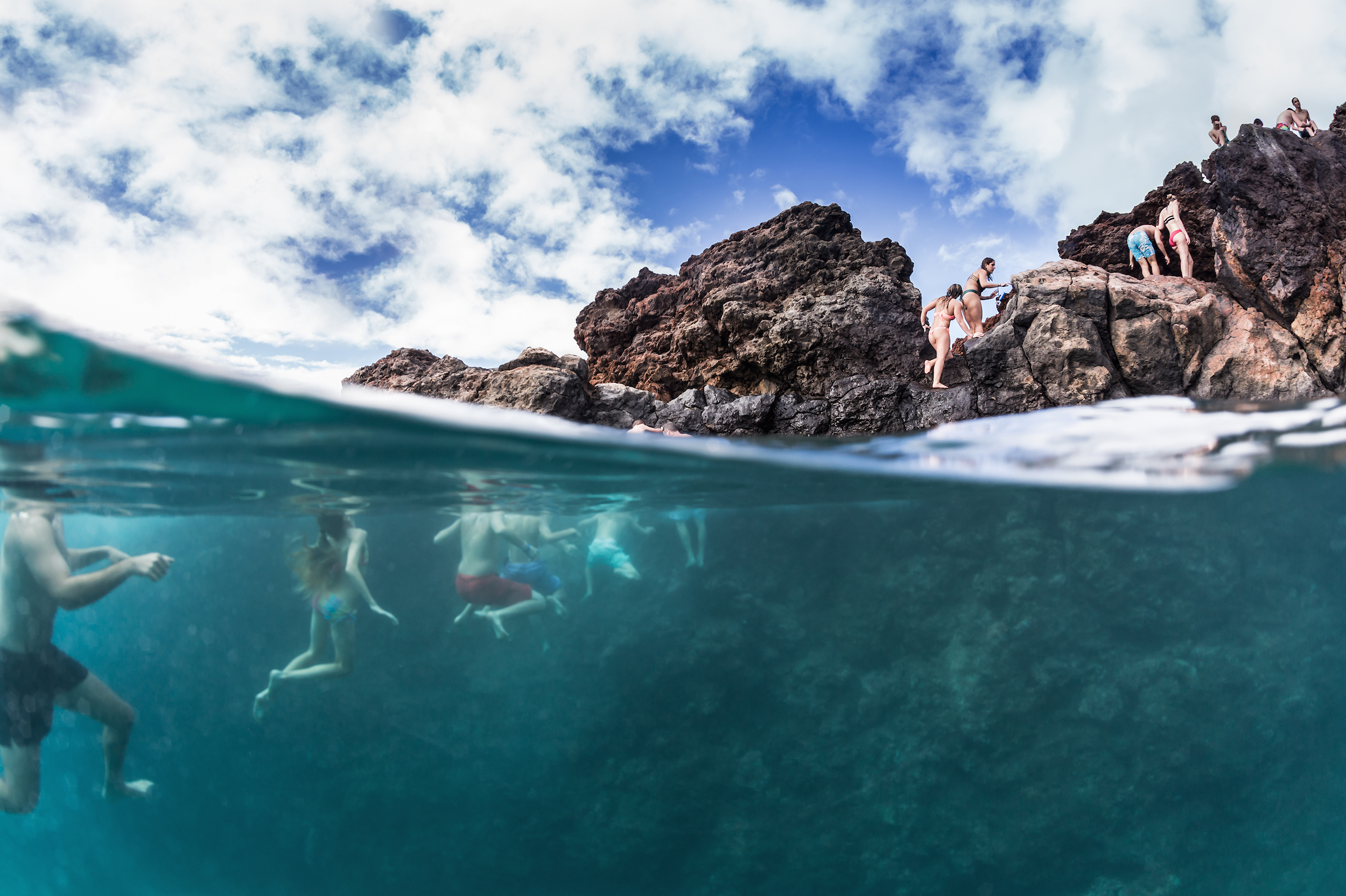 In 2015, Paul G. Allen founded and funded a giant, internationally focused visual art show in Sodo (the Seattle Art Fair, which returns this August). In 2017, Allen followed up by founding and funding a South-by-Southwest-style music festival in Pioneer Square. (Hey, Paul, looking to fund another artful fest? Think literary!) At Upstream, the emphasis is on Seattle’s huge diversity of music styles, including jazz by Champagne Honeybee, reggae by Daniel Pak, soul by Grace Love, hip-hop by Otieno Terry, funk by SassyBlack, indie-pop by Great Grandpa and rock by Murder City Devils. Plus: internationally renowned acts such as Cut Copy, Valerie June, Zola Jesus and The Flaming Lips. Limber up that neck and nod along. —B.D.

For its 2017-2018 season closer, PNB brings back colorful works by choreographers Christopher Wheeldon (“After the Rain pas de deux” and the PNB-commissioned “Tide Harmonic”), Benjamin Millepied (“Appassionata,” set to a Beethoven piano sonata) and Justin Peck (“Year of the Rabbit,” set to a score by Sufjan Stevens). This show, along with a June 10 season encore, will be a farewell for Karel Cruz, the lanky, slinky Cuban-born dancer who’s been a dashing, princely PNB presence since 2002. —M.U.

This free annual festival brings together brass and drum groups from the Pacific Northwest and beyond, including local favorites the Seattle Sounders FC Sound Wave and Ten Man Brass Band. The music is always charismatic and energizing, often enhanced by steampunk regalia. Last year, the group that stole the show featured middle schoolers from the Seattle Drum School whose talent and genuine enthusiasm for drumming (while being braces-wearing, gawky adolescents) nearly brought me to tears under an overpass in Georgetown. Honk Fest West descends on Georgetown on Friday, White Center on Saturday, and Columbia City on Sunday. —N.C.

At the annual Bite of Greece Seattle, Capitol Hill’s Church of the Assumption opens its doors for everyone to enjoy homemade Greek food, from gyros to dolmathes to pastries. The community of parishioners takes a lot of pride in this annual event, prepping, cooking and serving their perfected recipes and providing entertainment, including music and dancing. There will also, of course, be Greek beer and wine. Take home crafts and baked goods from the Greek marketplace and, if you’re lucky, meet John Stamos, whose presence event organizers are praying hard for. —N.C.

If you go: Bite of Greece Seattle, Church of the Assumption, June 1-3 (free)

Seattle photographer Deb Achak’s extraordinary image “The Queue” depicts a line of strange creatures in transit between two worlds. At left, the bathing-suited teenagers are mostly underwater. At right, they’re clambering onto jagged rocks. To pull off this act of “aquatic street photography,” Achak half-submerges her lens in the waves. The results are fascinating. Other photos capture coastal perspectives from waterline vantage points in Positano and Capri, Italy, with the sea surface anchoring the image and solid land rising above it like some unlikely hallucination. With a spirit of imaginative derring-do, Achek’s vivid work continually explores the boundaries where land meets sea — or where sea meets nothing at all. —M.U.

A Moment in the Reeds

This Finnish film follows a gay son’s grudging return from Paris to help his homophobic widower father put his summer home in order. When Dad hires a Syrian refugee to assist them, things take an unexpectedly steamy turn. The characters’ limited options and tough choices (the Syrian emphatically does not want his family to join him in Finland) are made vivid and affecting by the two lead actors’ wily performances. —M.U.

Director Debra Granik wowed audiences with Winter’s Bone, her 2010 film that launched Jennifer Lawrence toward stardom. She does it again with this pitch-perfect film (based on the novel My Abandonment by Peter Rock) about a PTSD-stricken military veteran (Ben Foster) living illegally with his teenage daughter (Thomasin McKenzie) in a well-tended camp in the wilds of Portland, Oregon’s Forest Park. When park rangers catch them and try to move them into more conventional living quarters, the transition doesn’t take. Foster and McKenzie are wonderful in this eloquent, understated, sobering film about a father who just can’t re-enter society and his devoted daughter who wrestles with her desire to forge her own path. —M.U.

Hal Ashby’s 1979 masterpiece, based on the Jerzy Kosinski novel, concerns a guileless, gentlemanly know-nothing named Chance (Peter Sellers) who gets all his knowledge of the world from television (“I like to watch”). Sellers, Shirley MacLaine and Melvyn Douglas are all terrific. But the most arresting thing about watching this film in the Trump era is how know-nothing Chance’s rise into our nation’s halls of power resonates in ways that Ashby can’t possibly have intended. —M.U.

The entire history of gay and lesbian life in the U.K. is evoked in this montage of British film clips, artfully compiled by director Daisy Asquith and overlaid with the melodic-subversive song stylings of the great John Grant. The good, the bad, the gleeful, the sordid — they’re all here, with the turning point coming in 1967 when laws against male homosexuality were stricken from the books in Britain. Film sources include BBC documentaries on homosexuals (“Contrary to popular opinion, most of them don’t look any different from anyone else”), gay film classics (Sunday Bloody Sunday, The Killing of Sister George) and plenty of obscurities (Dead Dreams of Monochrome Men, anyone?). —M.U. 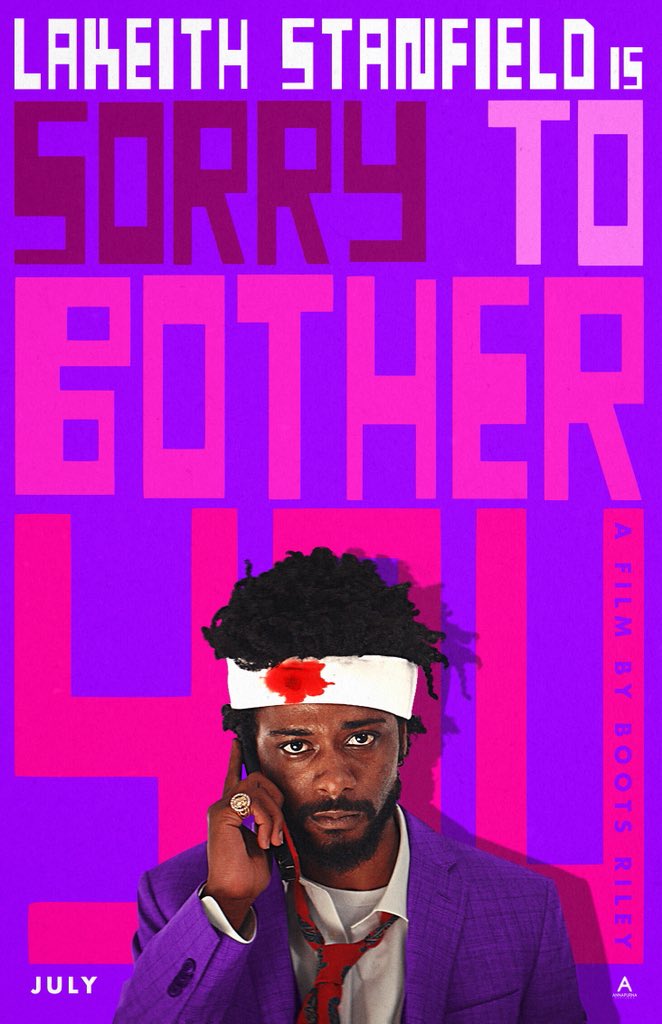 Sorry to Bother You

When young Cassius (Lakeith Stanfield from Get Out) successfully starts using his “white voice” at the telemarketing company where he works, he’s catapulted into a raucous corporate nightmare. Its highlights include a luxury elevator activated by a 350-digit security code, a cheerfully cocaine-crazed boss (Armie Hammer) who sees great things ahead for Cassius, and a suspect outfit called Worry Free that guarantees life-long employment and housing under slavery-like conditions. Stanfield is wonderful as the Black Everyman who balefully eyes the monsters, orgies, riots and workplace abuses that come his way. A pleasurably berserk instrumental score adds to the flailing, satirical atmosphere of this directorial debut by rapper Boots Riley. —M.U.

This documentary about director Peter Greenaway (The Cook, the Thief, His Wife and Her Lover) is directed by his wife, Saskia Boddeke, with his teenage daughter serving as his deeply skeptical interviewer. A must-see for Greenaway fans, it’s also a hilarious father-daughter portrait. We see Greenaway get an eye exam, purchase a suit, go skinny-dipping and create amazing artwork while discussing his estrangement from his father and the children of his first marriage. We get plenty of Greenaway-isms (“Cinema is much too sophisticated a medium to be the left to the storytellers”), but the biggest shocker is the rowhouse he grew up in, in Newport, Wales. How such a heady, opulent and erudite imagination sprang from these hum-drum origins remains a mystery. —M.U.

Yes, that’s the title. This hypnotic history of night-sky depictions in world cinema from the silent-film era to the present encompasses science fiction, biblical epics, documentaries, Monty Python movies and an eclectic array of film classics (Lawrence of Arabia, A Beautiful Mind and The Big Lebowski, to name a few). The editing is sometimes dreamy, sometimes abrupt. The clips are presented as found footage with no captions identifying film sources and no subtitles for dialogue that’s in a dozen languages. The amazing thing is how little it takes — a verbal fragment, a soundtrack snippet — to realize where the clips come from, even though the only visual clues are views of constellations, nebulae and galaxies. If you have a taste for the experimental, this is a terrific way to spend some time in the dark. —M.U.

This dandy dance documentary opens with New York City Ballet principal dancer Tiler Peck thwacking the hell out of her pointe shoes so they’ll make less noise onstage, and it zips right along from there. In 2017 Peck became the first woman to curate Los Angeles Music Center’s “Ballet Now” festival, serving as programmer, performer, rehearsal director and even co-choreographer of a clown-ballerina duet with new-circus legend Bill Irwin. Director Steven Cantor takes us behind the scenes as Peck works on pieces by Christopher Wheeldon, Justin Peck and Michelle Dorrance (a terrific quartet for tap dancers, hip-hop dancer and ballerina). The film is powered by humor, suspense and a ton of sweat. Special shout-out to editor Anna Pinchuk for the way she plunges you deep inside Peck’s multitasking head as the pressure mounts. Produced by Elisabeth Moss and Paul G. Allen’s Vulcan Productions. —M.U.