Bicycling while female in Afghanistan 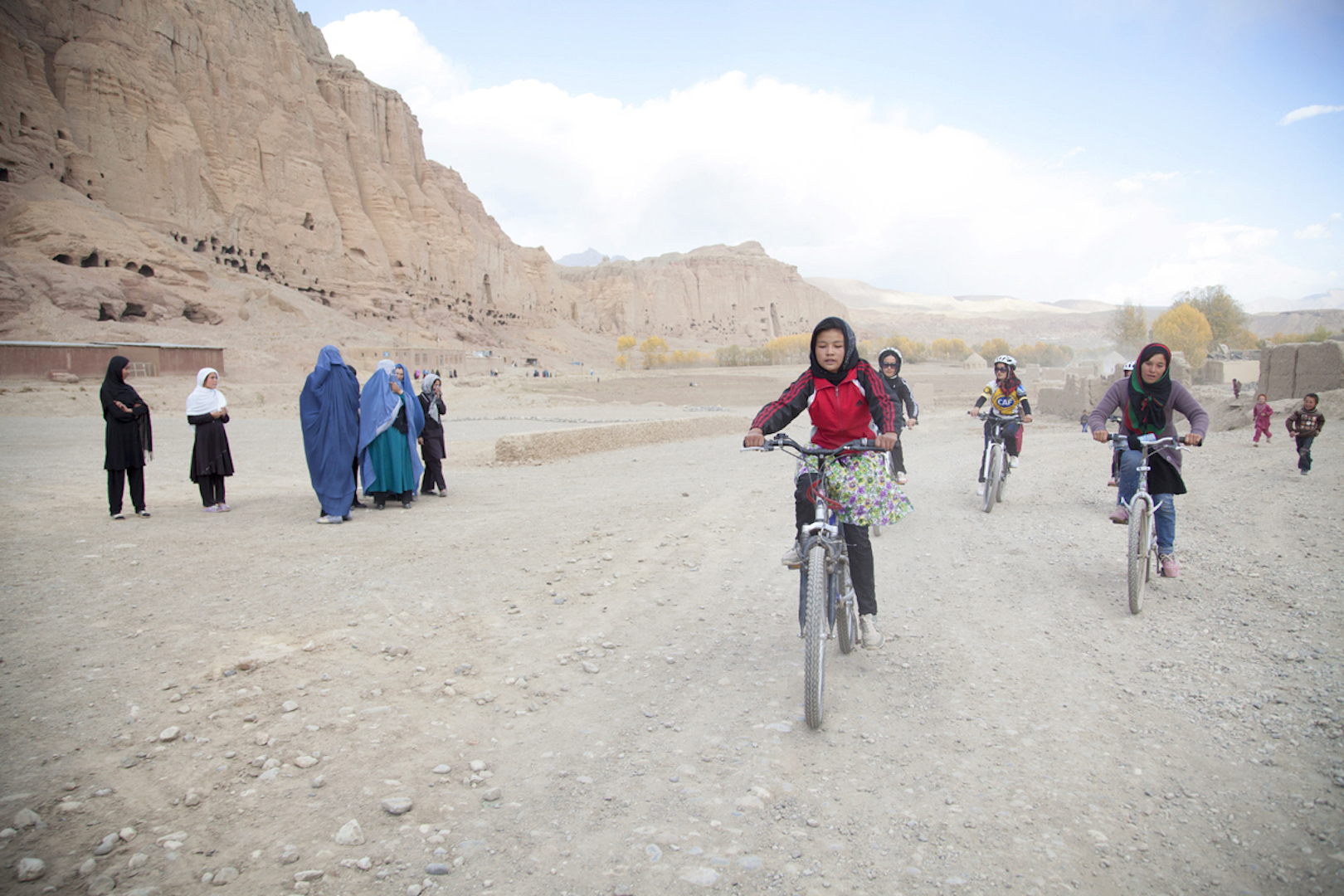 Young cyclists in Bamiyan province in Afghanistan. Still image by Jenny Nichols from the film Afghan Cycles, directed by Sarah Menzies, which is making its U.S. premiere at SIFF.

“I have a feeling of joy when I ride a bicycle and I don’t want to get off of it. I want the ride to last even longer,” says Frozan, a young woman on Afghanistan’s National Cycling Team, at the beginning of the new documentary Afghan Cycles.

These moments of joy, as women cycle through the streets and countryside of their home country, are the pulse of this inspiring film, which will have its U.S. premiere this weekend at SIFF.

The screening will be a culmination of years of work for local filmmaker Sarah Menzies, who took her first trip to Afghanistan in 2013. “Originally, I thought it would be a short film that would do well in the adventure film world,” Menzies says. “I quickly realized we needed to go much deeper with this story to contextualize what these women are up against.”

This is Menzies’ first feature film. Her 2013 short film, Catch It, took her to Norway to chronicle the story of French surfer Léa Brassy, while her most recent film, A Steelhead Quest, had her wading through North American rivers with fisherwoman Terry Meyers.

During the five years of making Afghan Cycles, Menzies spent time on the ground hearing the stories and everyday experiences of people across Afghanistan, capturing a different perspective of a country that has rarely avoided headlines over the last couple of decades. Afghanistan's political instability has contributed to a culture where, in some areas, it's a radical act for a woman to merely be outside the house. “The condition for girls in Afghanistan is full of fear,” says one woman in the film.

Unsurprisingly, bicycling while female, even with a hard scarf under your helmet, presents its own risks. Beyond the regular fear of accidents, women who want to cycle also have to get their family’s permission and, once they do, they face constant threats, including motorists hurling everything from disapproving glances to rocks.

Despite the beating sun and undercurrent of anxiety about security, Afghan Cycles shows the National Cycling Team members fiercely cycling on, with eyes fixed on the road ahead of them, representing themselves and their nation. For Frozan and her teammates, a bicycle not only represents transportation and freedom but hope for more equality for women and girls in the future. “I don’t have the freedom to ride my bicycle anytime I want,” says Frozan. “But I want that in the future.”

In the years since Menzies began making the film, she’s seen attitudes and politics change in the country. “There is no women’s National Cycling Team at the moment,” says Menzies. “But from what I understand, there are more women riding bikes right now than when the team started. Club teams, inspired by all the press that the National Team had gotten, are still popping up.” Though its presence angered many in Afghanistan, the National Cycling Team has also inspired people around the world, leading to a Nobel Peace Prize nomination in 2016.

The filmmaker hopes to keep drumming up inspiration with her film, which had its world premiere at Hot Docs Canadian International Documentary Film Festival just last month.

In addition to continuing to screen Afghan Cycles at festivals across the country, Menzies hopes to launch an impact campaign, partnering with cycling groups as well as Afghani women organizations.

“Even though this film is about very specific women in Afghanistan, their story is universal,” Menzies says. “A bicycle can give people independence and mobility to get around safely and efficiently. And we want to harness that, allowing it to be a conversation as we talk about women’s rights and equality.”

If you go: Afghan Cycles plays at SIFF Cinema Uptown in Seattle, 6 p.m. May 20 and 4 p.m. May 21 and in Shoreline at 1 p.m. May 27. Director Sarah Menzies and Web-designer Kaitlin Bailey are scheduled to attend all three screenings.