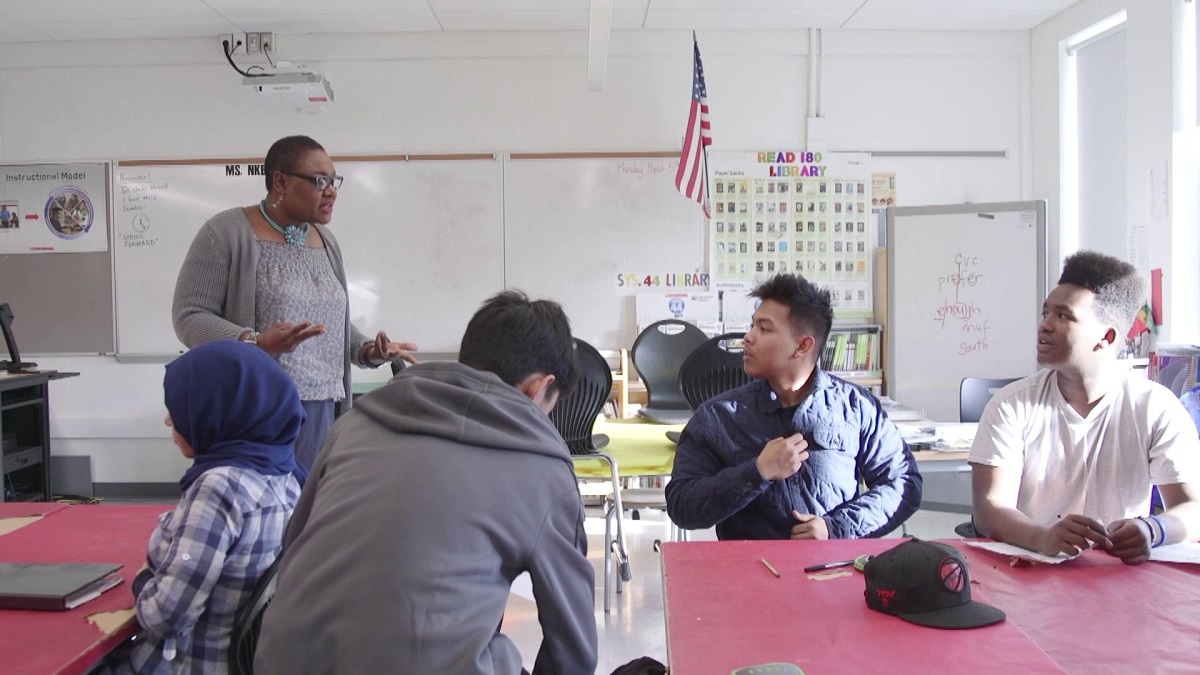 Teacher Cynthia Nkeze sees the value of having her own immigrant experience to help her connect with her students.

Joshua Villanueva arrived in Seattle from the Philippines three years ago. He was 16, an age when most youth in the United States are fully immersed in high school.

In the Philippines, Joshua’s future was in danger. “Guns… drugs… violence,” he recounts. “I was in a gang.” The memories haunt him.

His parents’ visa applications, which had sat in limbo for years, were approved just in time.

“I would have been the next one lying on the ground,” he says.

Joshua Villanueva arrives hours earlier than most of his peers for math tutoring. He is looking forward to graduation from Seattle World School next year.

In Seattle, Joshua tried a summer program at a traditional school, but was uncomfortable with the environment. He admits that in the search for familiarity, he could have gotten involved with gangs here.

It’s a well-known story, one where immigrant students fail to navigate the system or simply fall through institutional cracks, forever disrupting their education and, perhaps, their lives.

But when Joshua was referred to Seattle World School, a secondary school that serves the growing population of newly-arrived immigrant and refugee youth in the city, his path took a dramatic turn.

In the intense American debate over immigration, most people don’t consider the specific educational needs of immigrant students. Meanwhile, the number of students who are learning English for the first time in Washington state has increased nearly 70 percent since 2000.

The 30-some teachers and staff at Seattle World School think about these kids every day.

The school, in Seattle’s booming Capitol Hill neighborhood, has 350 students speaking 38 languages and representing over 20 countries. Ninety-eight percent of the student population are English language learners, or ELL in education lingo.

“Those students have so many needs that I don’t think can be met in a comprehensive high school,” Cynthia Nkeze, a literacy teacher, says.

“We have students who are very, very hardworking who may be brilliant in their native language,” says Principal Oksana Britsova, “and now they're here, with limited or no English.”

It’s not just language skills that are important at the school, Nkeze says.

Latino students make up a large part of enrollment. Many had harrowing experiences in crossing the U.S. border. Some are from war-torn countries or others where gang violence is prevalent.

The school has a clinic on campus that includes medical services, nutritional and behavioral health counseling. 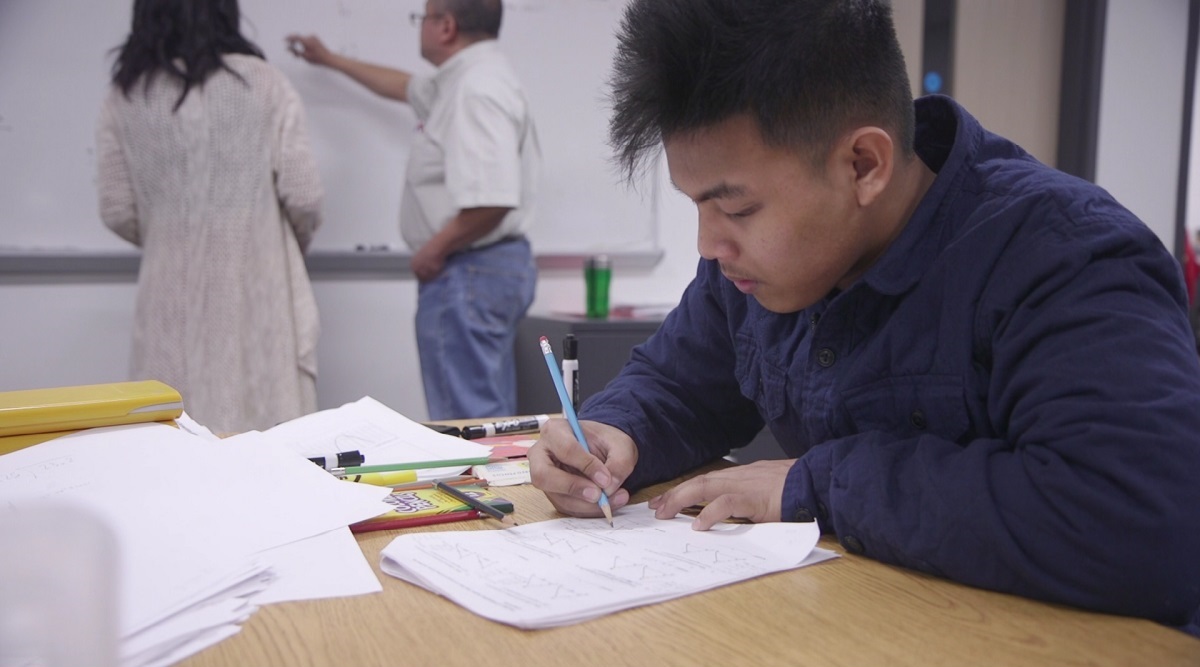 “When our students come here, they realize that everybody else is like them and so they feel safe to be vulnerable,” Nkeze says. “That creates an environment where not only are we teaching the child English, but we are teaching the whole child.”

Family support is crucial. A student’s success is almost always dependent on what is happening at home — if there is a home. Homelessness is a reality for many SWS students, as it is with students at other schools. Some students have to work to support a family, which takes a toll on attendance.

Nebiat Tessema, a family support specialist, is busy every day, helping to solve housing, transportation and family issues. Students dart in and out of her office — for hugs, energy bars and often for help.

“I know what offends them. I know what makes them hope,” she says. But the priority is clear: “The students being focused in the classroom is the biggest picture.”

Teacher Cynthia Nkeze sees the value of having her own immigrant experience as a way to connect with her students. “When our students come here, they realize that everybody else is like them and so they feel safe to be vulnerable,” Nkeze says.

Many of the teachers and staff at SWS have immigrant stories themselves. Nebiat Tessema hails from Ethiopia, Nkeze is originally from Cameroon and Principal Oksana Britsova immigrated from Kazakhstan.

Seattle World School isn’t immune from problems and challenges. Measured against other district high schools, the school's achievement rates are pitifully low, although it seems an apples vs. oranges comparison when considering the drastically different background and language proficiencies of students. Truancy rates are high, and the most recent district school report shows a rise in staff dissatisfaction at the school.

Nonetheless, for students like Joshua Villanueva, the school is a godsend.

After failing at most subjects in his first year, Joshua is now known as one of the most disciplined students at the school. He arrives two hours early for math tutoring, works out at a boxing gym daily and is planning to spend one more year at SWS before joining the armed forces.

“Because we gave him a safe space, gave him shoulders to cry on, we made him understand what he needed,” Nkeze says, “We have a Joshua today who is looking forward to graduating.

“That’s the kid that, on graduation day, some of us will be bawling when he walks up on that stage.”