This city used to build dams, now it just taxes. 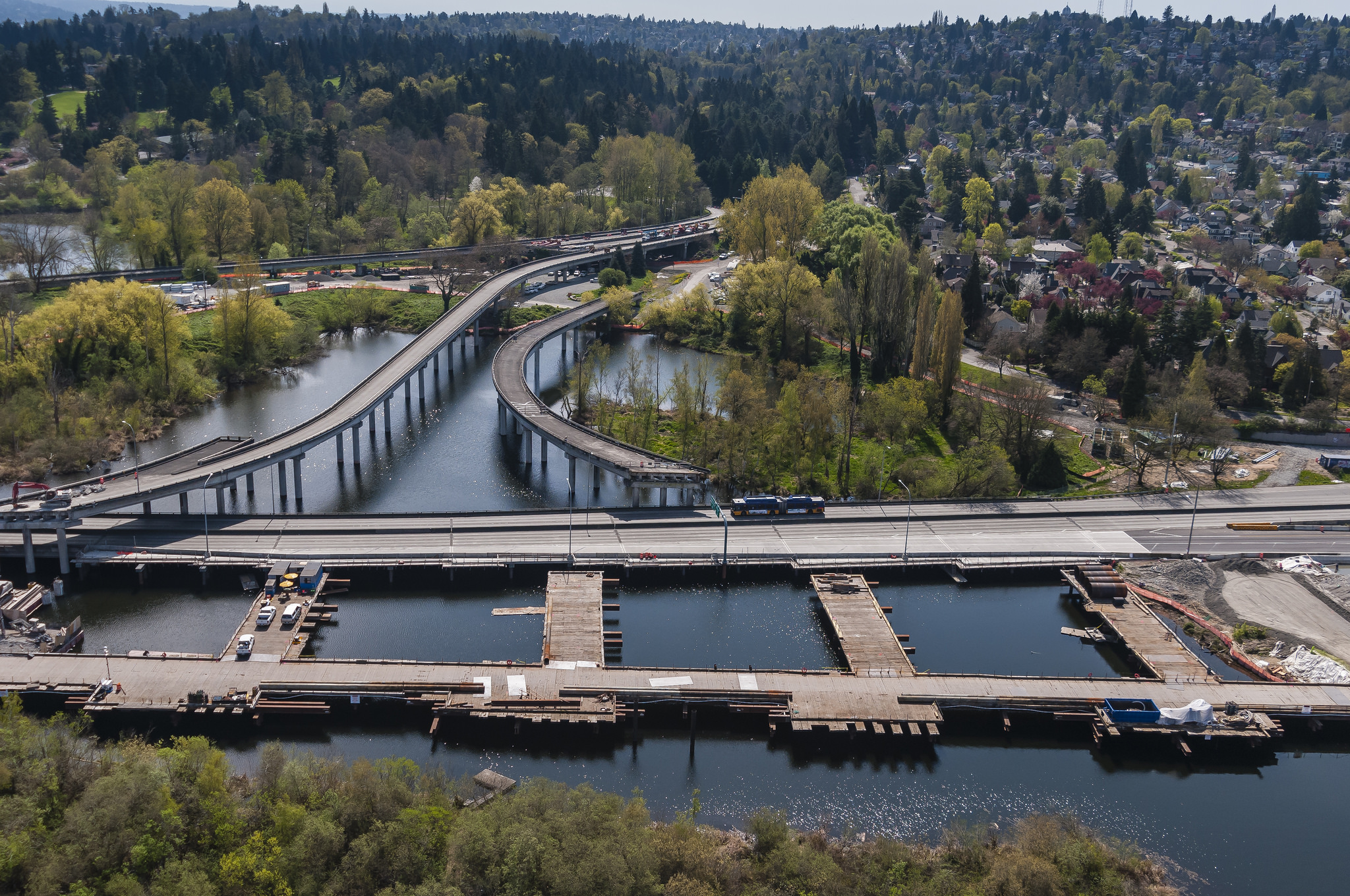 An aerial shot of the finger piers built in the footprint of the former R.H. Thomson "Ramps to Nowhere." (Photo courtesy of WSDOT via Flickr)

There seem to be cycles in city politics. Fifty years ago a small band of Young Republicans and Young Democrats came together in an unusual alliance to overturn the existing Seattle City Council. They called themselves CHECC: Choose an Effective City Council. It took a couple of elections, but they prevailed and it was then — in the 1970s — that formerly sleepy, somewhat stodgy Seattle began to get national attention as the “most livable city.”

Sixty years before that, in the early 20th century, another group of novice politicians introduced the “Progressive Era” that gave us Seattle’s city water and light dams (providing abundant, cheap water and electricity), the public park system we enjoy today and the ship canal connecting Puget Sound and Lake Washington.

“Progressive” back then meant progress. It did not mean endless tax increases untethered to clear programs, government by protest demonstration and an ineffectually managed homelessness crisis.

Seattle is ripe for a new movement of reform.

The problem the CHECC crowd sought to fix in the '70s was a city council entangled in outmoded planning and wasteful, politicized micro-management on zoning and business licenses. The old council backed an urban renewal scheme to demolish the Pike Place Market, run a freeway through the Arboretum and an elevated viaduct along the south shore of Lake Union. They allowed a “tolerance policy” on vice that led to police payoffs by strip joints and gambling parlors, meanwhile making it hard for startup businesses to introduce innocent new activities like outdoor cafes or to preserve historic buildings.

Choose an Effective City Council was successful because neighborhood groups, civic organizations like the Municipal League, law firms, arts and anti-freeway organizations and businesses were willing to join together. Former Councilmembers Tim Hill, Phyllis Lamphere, John Miller, Sam Smith and I (including Randy Revelle and Paul Kraabel later on) worked collaboratively on projects as varied as new parks and playgrounds, transportation, ethics and civil rights, housing, ethnic cultural centers, libraries, arts, a 911 program — and, I must add, responsible budgeting. We had an able partner in Mayor Wes Uhlman.

In many ways, Seattle today is an improvement over the past. Back then, we envisaged a more sophisticated and international city, and that vision did transpire. But it is losing its reputation as a livable city. The city council majority now is almost a mirror opposite of the old-fashioned one CHECC dismantled. Its members are so ideological that they have lost sight of the people their programs are supposed to help and the city residents they are supposed to protect.

The very mood of city government has changed — for the worse. Yes, in the past there were claques of raucous demonstrators who sometimes showed up at public meetings and tried to intimidate people with a different viewpoint, but today these claques sometimes are organized by council members themselves. That’s new.

An anti-business pose has become a seemingly proud means of class warfare. Warned that a 2.5 percent city “income tax on the rich” was unconstitutional, they passed it anyhow. (Sure enough, a court did strike it down). They passed the highly unusual jobs tax and took angry rhetorical swipes at Amazon, Starbucks, Microsoft and Boeing — and in turn, even smaller companies like Dick’s Drive-Ins and Uwajimaya — that have made Seattle so enviably prosperous.

Only a few days after the jobs tax vote, two members proposed yet another property tax hike, this time to provide free pre-school education (not originally a city government responsibility) and two years of free community college. It doesn’t seem to bother members that some people in Seattle are literally being taxed out of their houses and that, in apartments, landlords simply pass their tax increases onto their hard-pressed tenants, many of them young.

Meanwhile, most council members don’t seem to have much interest in the city’s traditional and assigned services. Where was the council oversight that might have prevented the Department of Transportation from wasteful bike lanes that wound up costing $12 million a mile? Where was the city council when hundreds of citizens showed up in Magnolia recently to learn about the impending demolition of the vital Magnolia Bridge?

At budget time, members almost never make the kind of savings that families, businesses and other levels of government expect. We need more council members who care about frugality, who have real world knowledge of the housing market and who attend to the flaws in the city’s own homelessness services.

We need city council members who focus on results, not theory, on hard facts and figures, not ideological fixations. There are plenty of young people in Seattle (and some older) who could do the job of city policy-setting, budgeting and program development more efficiently and effectively, and have energy left over to think about the future, not just the crisis of the day. The growing involvement of 20 to 40-year-olds in charities in Seattle is an encouraging sign. Some of that talent should consider the call to public service. Older residents should rally to their support.

New civic vision and fresh commitment almost always require new blood. Is it possible that a 21st-century version of CHECC will arise?