As protests become the norm, May Day loses its luster

by / May 1, 2018
Photography by Jason Redmond for Crosscut 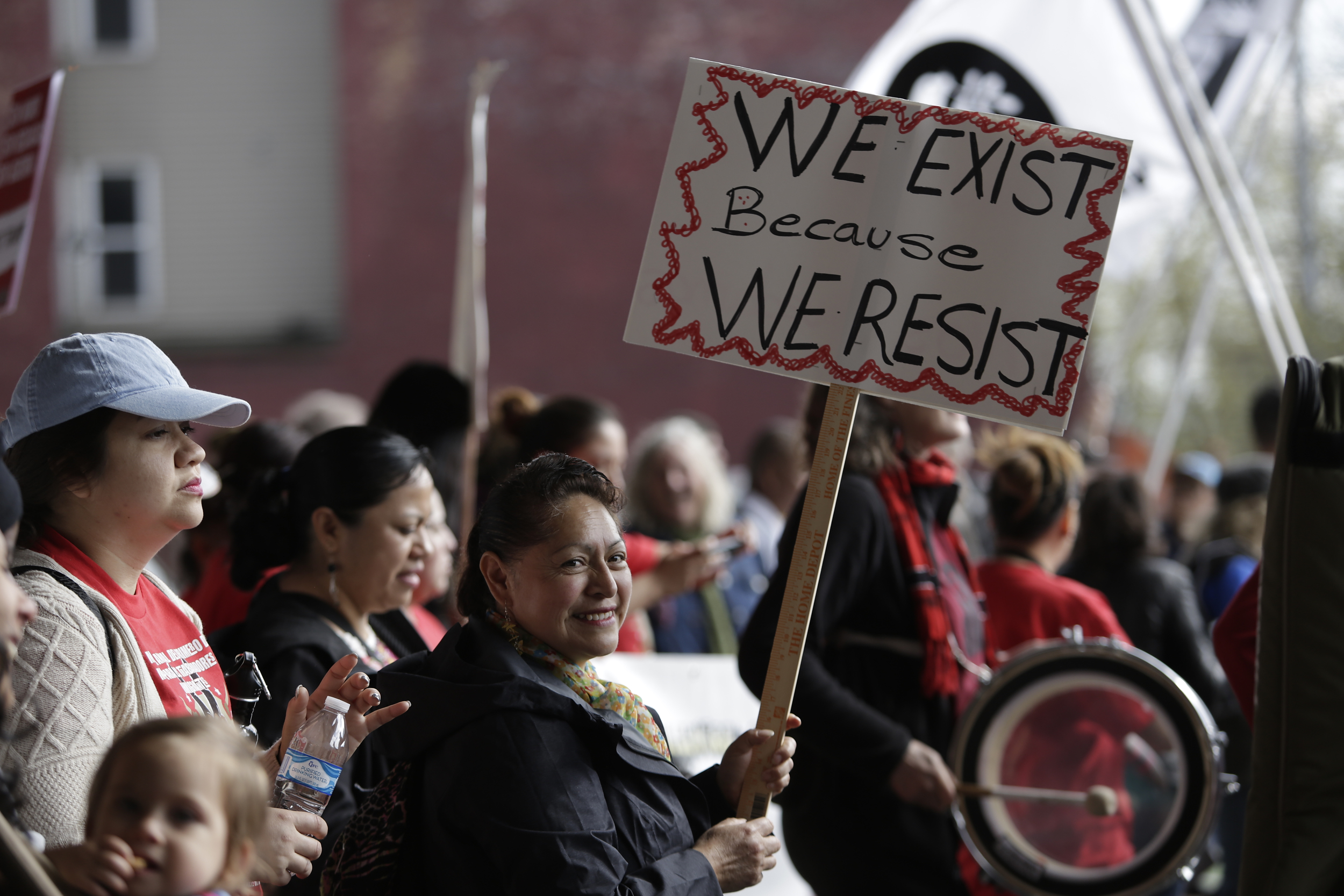 Margarita Garcia O. of Seattle holds a sign as she marches during the annual May Day March for Workers and Immigrant Rights in Seattle, May 1, 2018. (Photo by Jason Redmond for Crosscut)

Even in an 18-month stretch of constant protests, the annual day of workers’ rights has retained its near-mythical status in Seattle.

Every year the same: a long, winding and peaceful march for immigrant rights that ends with speeches near a federal courthouse. That’s been followed by a tense and occasionally violent standoff between police and the less sanctioned protesters who have a distaste for capitalism and being escorted by officers as they march through downtown.

Every year different: amid heightened fear of federal immigration officials, this year’s march was framed as a specific rebuke of Immigration and Customs Enforcement (ICE), with one speaker outside the federal courthouse declaring them “persona non gratis” in Seattle.

Along with signs calling for fair pay and immigrant rights were printed demands to also “abolish ICE.” One protester, Monserrat Padilla, floated from person to person, passing out fliers for what to do if one believes they’ve seen ICE. Sort of a neighborhood watch, but for the federal government.

Traditionally the "anti-capitalist” marchers have been painted as the “bad” protesters. However, with the addition of the southern Washingtonian “Proud Boys” — a pro-Trump group of firearm-carrying men who purport to be enforcing free speech — has come the specter of a violent, inter-political clash.

But the fear of clashes, at least early on, were misplaced: both the anti-capitalists and the Proud Boys circled the city without meeting, leading to one of the smallest and least eventful May Days in recent memory. 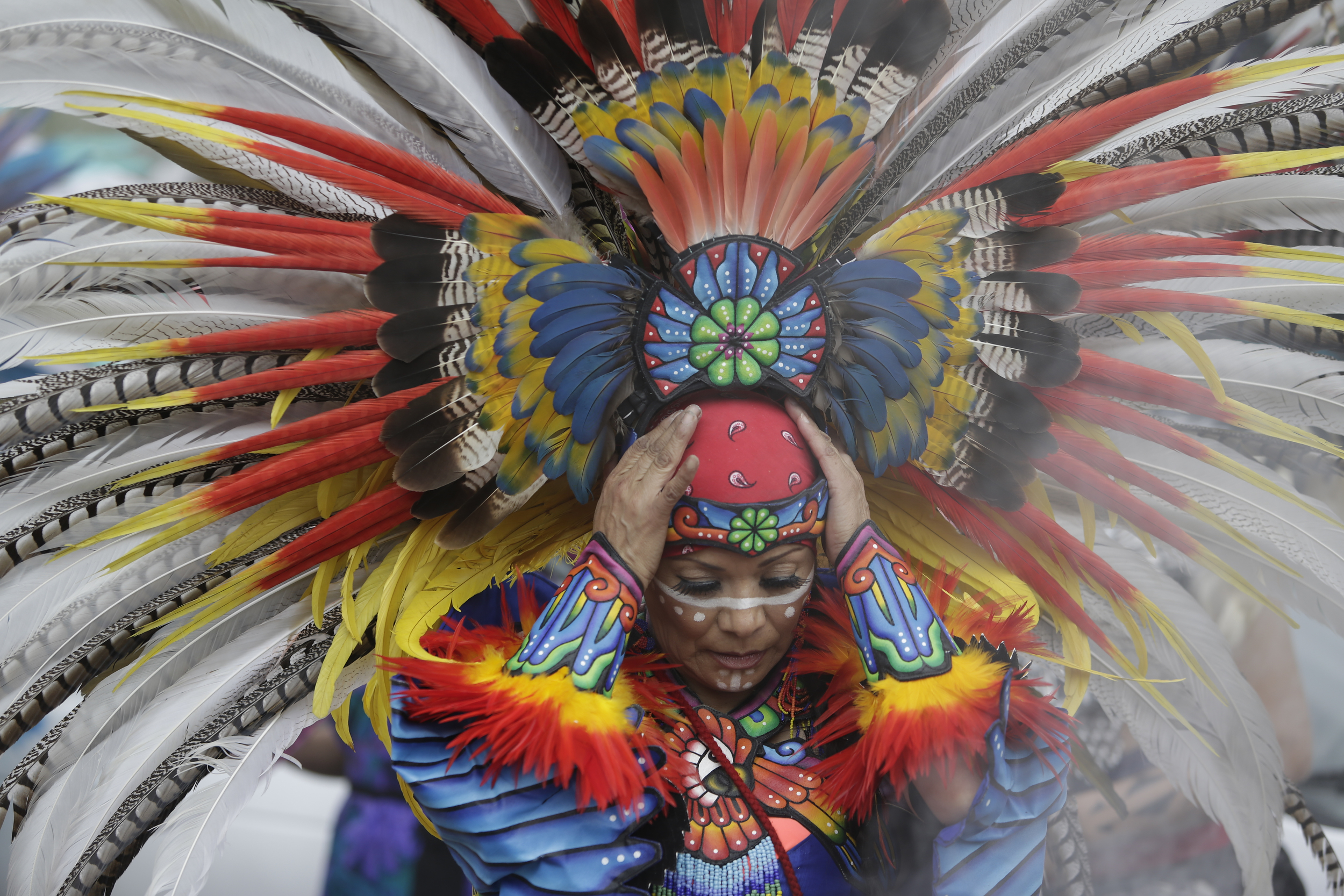 Aracely Jamie of the group CaAtil Tonali adjusts her headdress during the annual May Day March for Workers and Immigrant Rights in Seattle.

Aracely Jamie of the group CaAtil Tonali adjusts her headdress during the annual May Day March for Workers and Immigrant Rights in Seattle. 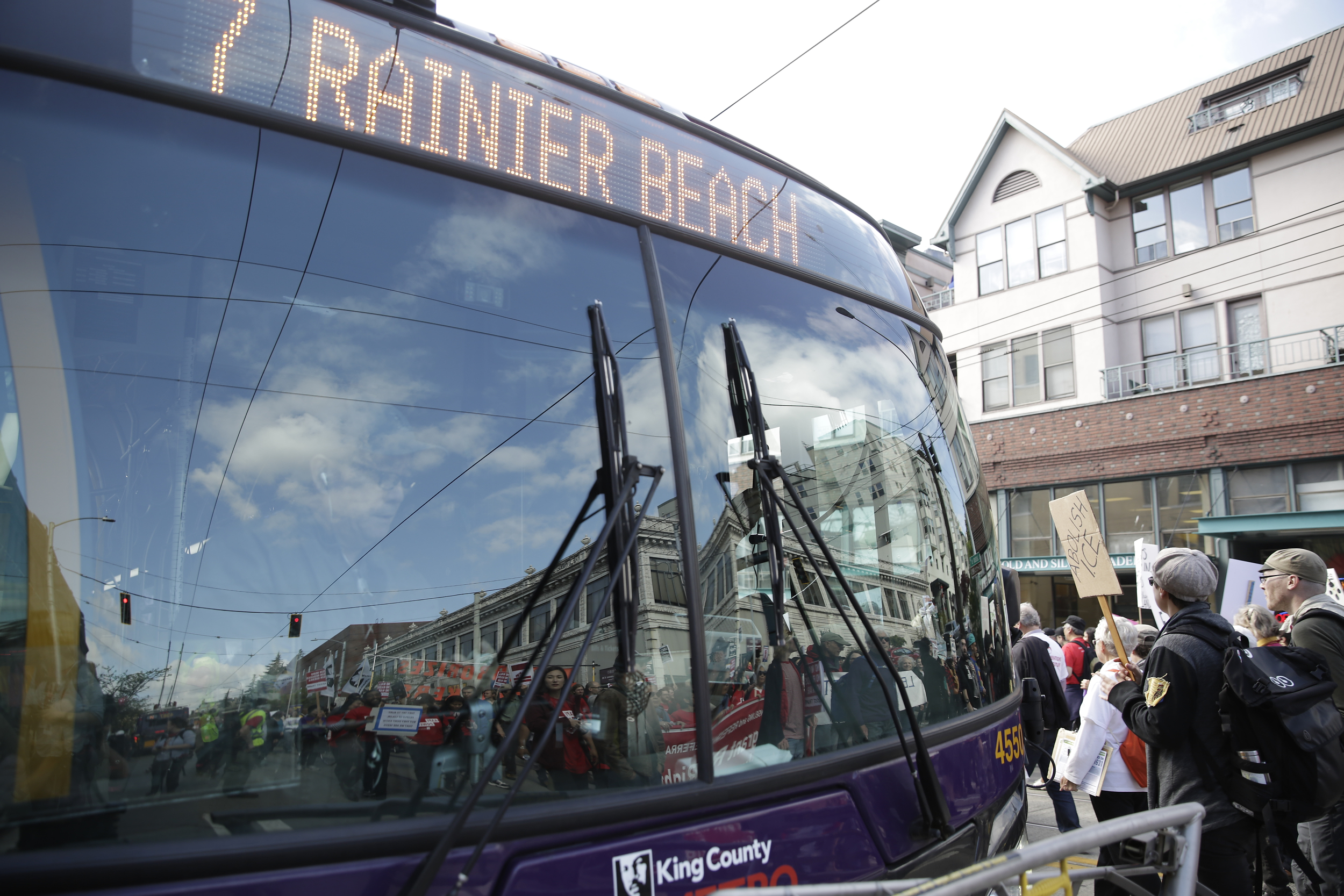 People marching down South Jackson Street are reflected in a bus stuck in traffic during the annual May Day March for Workers and Immigrant Rights in Seattle.

People marching down South Jackson Street are reflected in a bus stuck in traffic during the annual May Day March for Workers and Immigrant Rights in Seattle.