Say goodbye to the goats of the Olympic Mountains 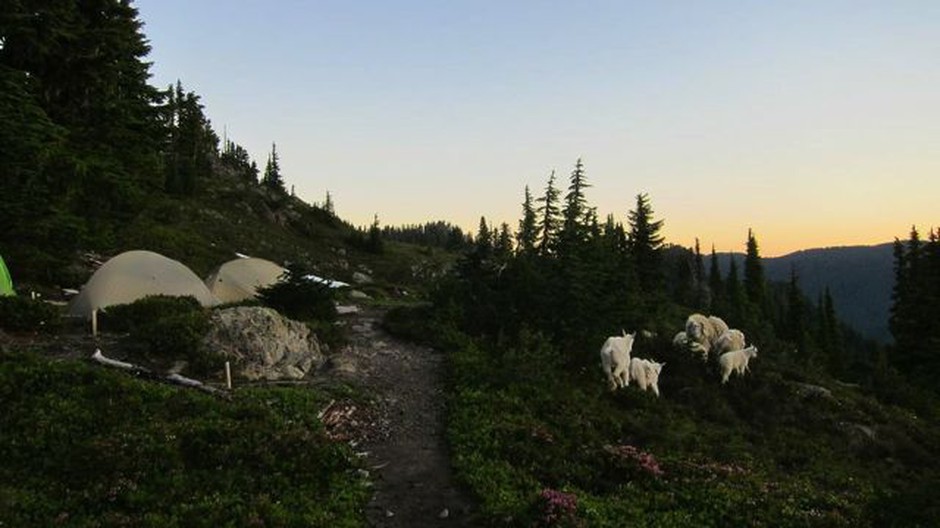 Mountain goats in the Olympic Mountains could soon be a thing of the past. The non-native goat population has rapidly grown over the past 14 years — to a point where it now could put hikers at risk and damage sensitive vegetation in the subalpine landscape.

Federal and state agencies announced Friday their plan to relocate most of the mountain goats from Washington’s Olympic National Park to the North Cascades forests, where they have lived for thousands of years. They would “lethally remove” the remaining goats in the park.

Mountain goats are attracted to salt sources, which naturally occur in the North Cascades. In the Olympic National Park, the only salt sources are humans.

“We see them approaching people because they are attracted to salt in sweat and urine and food,” said Penny Wagner, spokeswoman for Olympic National Park. “These can create dangerous interactions if people don’t realize that mountain goats are going to be approaching them.”

In 2010, a hiker was killed in the park, but officials said that was not yet a cause for concern.

The Methow Valley News reports that biologists wouldn’t relocate any goats that are too used to people.

It’s not just the goats’ interactions with people that prompted the plan to remove them from the Olympics.

“Most of the time they’re found out on the steep crags and as we come around the corner we can see them pretty easily,” U.S. Geological Survey biologist Kurt Jenkins told EarthFix after a population survey in 2012. “Sometimes they’ll work their way into a crag in the cliffs or move under some dense trees nearby so oftentimes we just see white movement.”

Olympic National Park has long had problems with mountain goats — in the 1980s, officials tried to transport the goats, but they didn’t get every last one. Biologists think that’s what allowed the goats to continue to flourish.

“The population was knocked back by that process from over 1,000 individuals to less than 400,” said Patti Happe, lead wildlife biologist for the park.

Happe said the mountain goat population stayed relatively stable for a decade, but in 2005, biologists began noticing goats in places they hadn’t seen them in a long time.

“The more rugged and remote parts of the Olympic Mountains, it’s very hard to do capture and translocation — it’s just really hard to safely capture goats there. And we just left a nucleus of goats — a high enough density of goats — that they eventually rebounded,” Happe said.

This time around, biologists will use a helicopter to dart or net goats. The capture crew will stabilize the goats, and they’ll then be flown in nets hung from the helicopters to a staging area, where Washington Department of Fish and Wildlife crews will put the goats in crates in a refrigerated truck to keep them cool.

They’ll then be transported to one of 12 sites in the North Cascades, where native goat populations have been declining.

Biologists hope relocating the goats to these areas will help grow and diversify the population there.

Conservation groups said this plan would help goats in the North Cascades and protect sensitive areas in the Olympics.

Rob Smith with the National Parks Conservation Association said goats are trampling the park’s plants and sensitive marmot habitat, which is found only in the Olympic Mountains.

“This is the kind of place that is a world-class natural area, and it’s slowly being chewed and trampled to death by the goats,” Smith said.

“Federal and state agencies are poised to begin the effort that will help grow a depleted population of mountain goats in the Cascades and eliminate their impact on the Olympic Peninsula,” said Olympic National Park Superintendent Sarah Creachbaum in a news release.