Seattle’s next police chief won’t be from Seattle 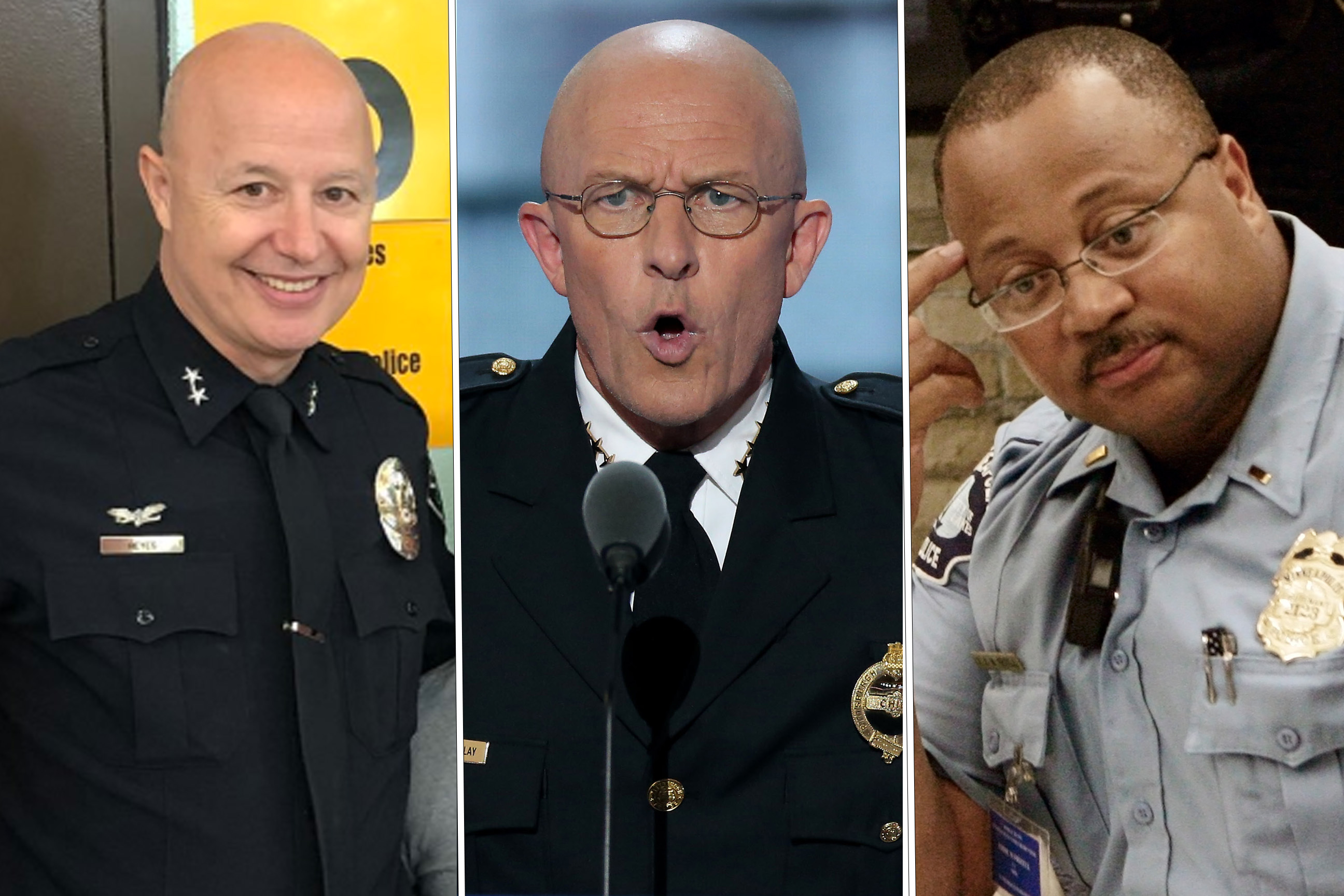 Seattle’s next chief of police will be an outsider.

In a Friday afternoon press conference, a mayoral search committee announced the final three candidates who will replace Kathleen O’Toole as the chief of the Seattle Police Department. In a surprise twist, acting Chief Carmen Best, the first African American woman to lead the department, was not among them, a decision that infuriated some members of the search committee.

The finalists are three men from outside the Pacific Northwest:

The three finalists were whittled down from a pool of five, which included Best. The five names were culled from a list of 60 applicants by a search committee led by several well-known names in politics, criminal justice and human services: Former Mayor and Councilmember Tim Burgess, himself a former police officer; Sue Rahr, Former King County Sheriff and Executive Director of the Washington State Criminal Justice Training Commission; Jeffrey Robinson, Director of the ACLU’s Center for Justice and Equality; and Colleen Echohawk, the Executive Director of Chief Seattle Club.

In explaining their rationale for excluding Best, Burgess said he believed the department still needed an outsider chief to address ongoing structural issues. It was “less a decision about Carmen Best and more a decision about what the institution needs going forward,” he said Friday.

In a statement Friday, Best thanked the mayor and said she'd continue on as interim chief until the new person is confirmed. "I wish the candidates the best – each of them should know how fortunate they will be to lead officers who have a commitment to public safety and reform," she said.

But when it became clear Best was not among the finalists, several members of the civilian Community Police Commission, as well as members of the search committee, were shocked and furious.

“I can tell you right now that the five that we selected immediately went into a secretive process that we have no idea how Ron Sims and other people became involved,” said Enrique Gonzalez, a member of the Community Police Commission and the search committee, on Friday. “That process, since it is not public, since no one knew about it, we have a real issue with how it was that Carmen got exed out.”

“This is flawed,” said a visibly upset Rev. Harriett Walden, founder of Mothers for Police Accountability. “They did everything they could to eliminate Carmen.”

Coming into the process, Best had tremendous support both outside and inside the department. Kevin Stuckey, president of the Seattle Police Officers Guild President, said Friday, “I thought any of those five could be the next chief of police of Seattle. I’m surprised that Chief Best’s name wasn’t mentioned. I thought that she had done enough….There are members of the community who trust her. Rank-and-file officers have a high degree of trust for her. These are the kinds of traits you want in someone who’s going to guide.”

He added, “That doesn’t mean the people who they did select can’t do it. But you are putting that person a few steps behind someone who already knows the road.”

Best has served with the Seattle Police Department for 26 years.

After members of the Community Police Commission first raised concerns about the process on Thursday, Durkan’s legal counsel Ian Warner said in an email provided to Crosscut, “The panel of assessors selected by the Mayor represent diverse experiences and perspectives and possess expert-level knowledge of policing, the Seattle Police Department, government operations, the Seattle community and the Mayor’s policy priorities and values.”

In a statement, Durkan praised Best and acknowledged the work of the search committee. “The strong national interest in this position has led to several great candidates but tough decisions about how the City can best move forward to continue reform and accountability,” she said. “As I begin the interview process, our next chief must be committed to public safety while continuing to build an accountable, diverse police department focused on meaningful and lasting reforms.”

The search committee solicited several months’ worth of in-person and written feedback. They conducted 14 “community input meetings” across the city and received more than 2,600 surveys.

The respondents to the written survey leaned heavily white — 80 percent.

When asked what personal qualities are important in a leader, the top three responses related to accountability, understanding of disproportionate policing and connection to diverse communities. Having a record of “reducing crime and making neighborhoods safer" was fourth.

Respondents also said they wanted someone with a good understanding of the region.

Whomever Mayor Jenny Durkan chooses as the permanent chief will be tasked with carrying forward progress made under a federal consent decree to curb excessive uses of force. That includes implementing a suite of accountability reforms passed by the Seattle City Council last summer.

The agreement was struck in 2012 after years of community complaints and the high-profile death of John T. Williams at the hands of Officer Ian Birk.

A federal judge declared in January that the department had met its obligations under the consent decree with the Justice Department. That triggered a two-year monitoring period to ensure the department does not backslide.

Burgess said Durkan is likely to make her final decision in late June.