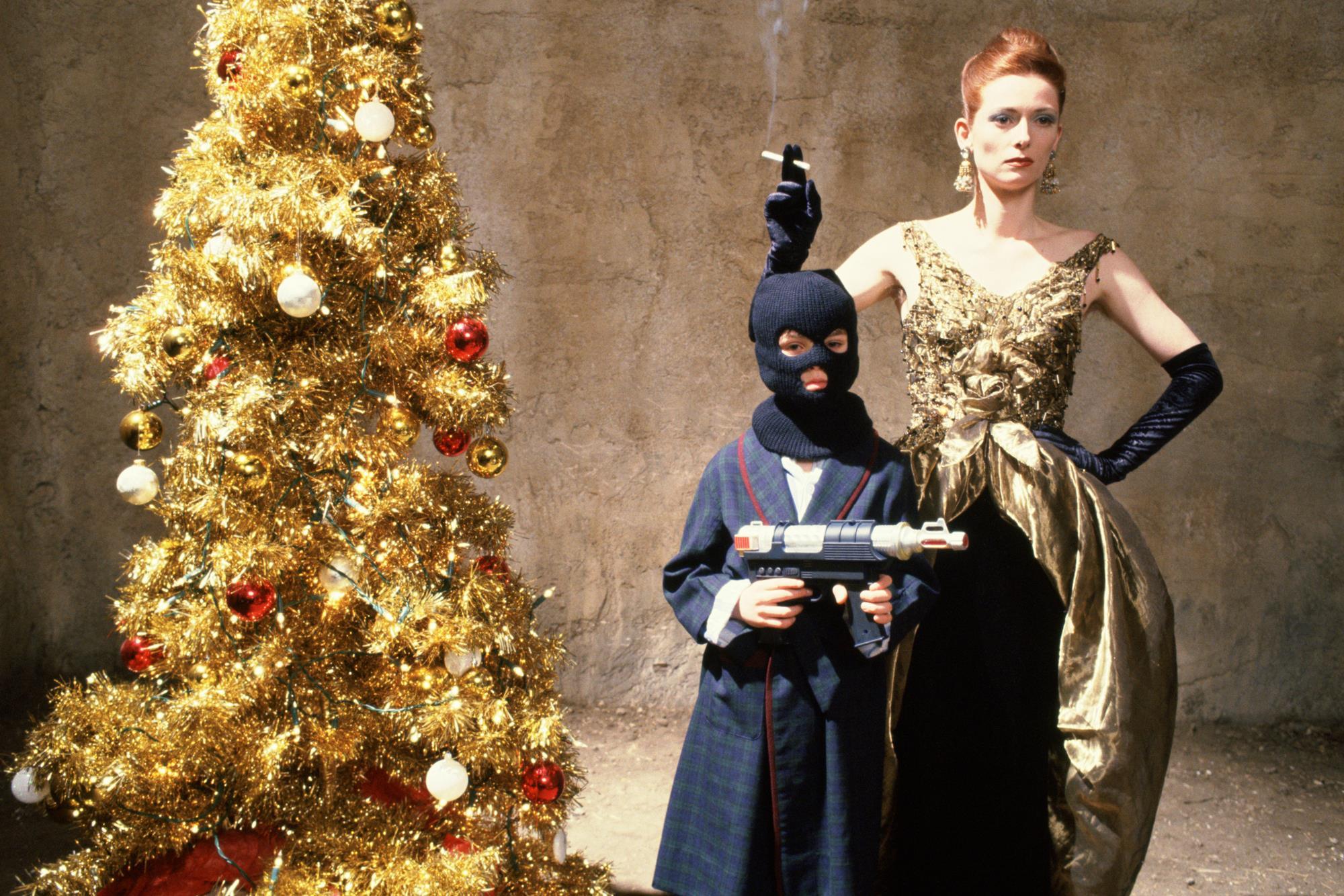 Edward II will screen at the Seattle International Film Festival. (Courtesy of SIFF)

The Other Side of Everything: This fascinating documentary sees the whole history of Yugoslavia (or what used to be Yugoslavia) through the story of a downtown Belgrade apartment building where director Mila Turajlic grew up and her mother — pro-democracy activist Srbijanka Turajlic — still lives. Other Side (the title alludes to the Communist-enforced division of the apartment which put strangers on the other side of a living-room door) incorporates archival footage of protests, lootings and police confrontations, much of it shot from the Turajlics’ apartment windows. Its study of friendships strained by political divides is powerful, while its look at what one generation owes the next in fighting, often futilely, for freedom is poignant. —M.U.

First Reformed: Written and directed by Paul Schrader (script-writer on Martin Scorsese’s Taxi Driver), this quiet movie becomes Dostoevsky-intense as a small-town chaplain (Ethan Hawke, going into darker territory than he’s ever done before) wrestles with questions of conscience that prove literally explosive. With steely focus, Schrader exposes some raw national nerves as he takes on the malaise of our times: ecological nightmares, domestic terrorism, commercialization of spiritual matters. —M.U.

Edward II: If you’ve never seen a film by Derek Jarman — the gay-trickster wild man of 1970s-1990s British cinema — this archival presentation is a good place to start. Based on Christopher Marlowe’s 1592 play, it’s a brutal study of royal power struggles and frustrated desires in 14th-century England. A young Tilda Swinton appears as Edward’s queen who seethes with resentment at her male rival for the king’s affections. Humor is provided by Jarman’s deliberately zany anachronisms: flashlights, wireless radios, plastic toys, a Cole Porter tune as sung by Annie Lennox, and plenty more. —M.U.

In this exhibit at Mariane Ibrahim Gallery, flying carpets seem to float casually just above the floor — on pause for the moment, but looking as if they could start zipping around at the flip of a switch. The carpets are part of Italian-Senegalese artist Maïmouna Guerresi’s new Lewis Carroll-inspired show, in which Carroll’s Alice becomes “Aisha” who, in a series of stunning, surreal photographs, embarks on eye-catching feminist/Islamic journeys. Sometimes Guerresi’s female models perch

nonchalantly at the end of planks looming above deep voids (“Red Trampoline”). Sometimes they stroll against painted backdrops of a baobob tree (Senegal’s national symbol) or a minaret-dominated village skyline. All of them have a strange, towering presence, as though their colorful robes, rather than their feet and limbs, were holding them up. This is powerful, enchanting work. —M.U.

If you go: Aisha in Wonderland, Mariane Ibrahim Gallery, through June 2 (Free)

“Colorful,” “whimsical” and “morbid” isn’t a standard string of adjectives, but it’s the only combo that will do in describing Overworshipped, a show by New York-based Russian-American artist Gosha Levochkin at Treason Gallery. Levochkin, who grew up in Moscow and Los Angeles, has an idiosyncratic cartoon/pop-art visual sensibility. His paintings range from laugh-out-loud funny (“A Trip to the Liquor Store,” with its whirlwind-disintegrated booze-seeker) to airily spiritual (“Any Quest Comes with Unfamiliarity,” with its childlike face devoid of any facial detail). The show is crowded with “Russian Cowboys,” Gumby-like figures in clunky boots and towering pilgrim hats, all dangling from hangman’s nooses even as they nonchalantly check their cellphones for messages. Simultaneously buoyant and macabre, “Overworshipped” makes an unsettling impression. —M.U.

If you go: Overworshipped, Treason Gallery, through June 2 (Free)

J.S. Bach and David Bowie inspire the two pieces on this program by the New York-based company. “Star Dust,” billed as “a tribute to the genre-bending innovation of David Bowie,” is set to actual Bowie recordings and, from the looks of the trailer, employs plenty of Bowie-esque costumes, make-up, glitter and theatricality. Put on your red shoes and dance the blues. —M.U.

Spectrum Dance Theater director Donald Byrd collaborates with Beth Corning of Pittsburgh’s Glue Factory Projects (specializing in work by dancers over 40) in this two-person show that, with a blend of anxiety and humor, focuses on “the multi-layered complications of perception” in the fake news era. It premiered in Pittsburgh last year, and makes its West Coast premiere this week. —M.U.

Chef Rachel Yang (Joule, Revel, Trove) creates Korean-inspired dishes with stop-you-in-your-tracks flavor and a story. And it’s no accident that many of these dishes are fermented, whether it be her fennel kimchi or mung bean pancakes. Fermented foods, which make up about a third of our diets, are strong, funky and one-of-a kind, as well as a window to our heritage and culture. For this special dinner, Chef Yang will create seven dishes celebrating fermentation to be paired with one of the most beloved fermented creations of all: wine. The night will guest star winemakers Chad Stock of Minumus/Omero and John House of Ovum Cellars, both in town to tout Oregon Wine Month and serve five wines.