7 things to do in Seattle (Plus 4 SIFF picks) 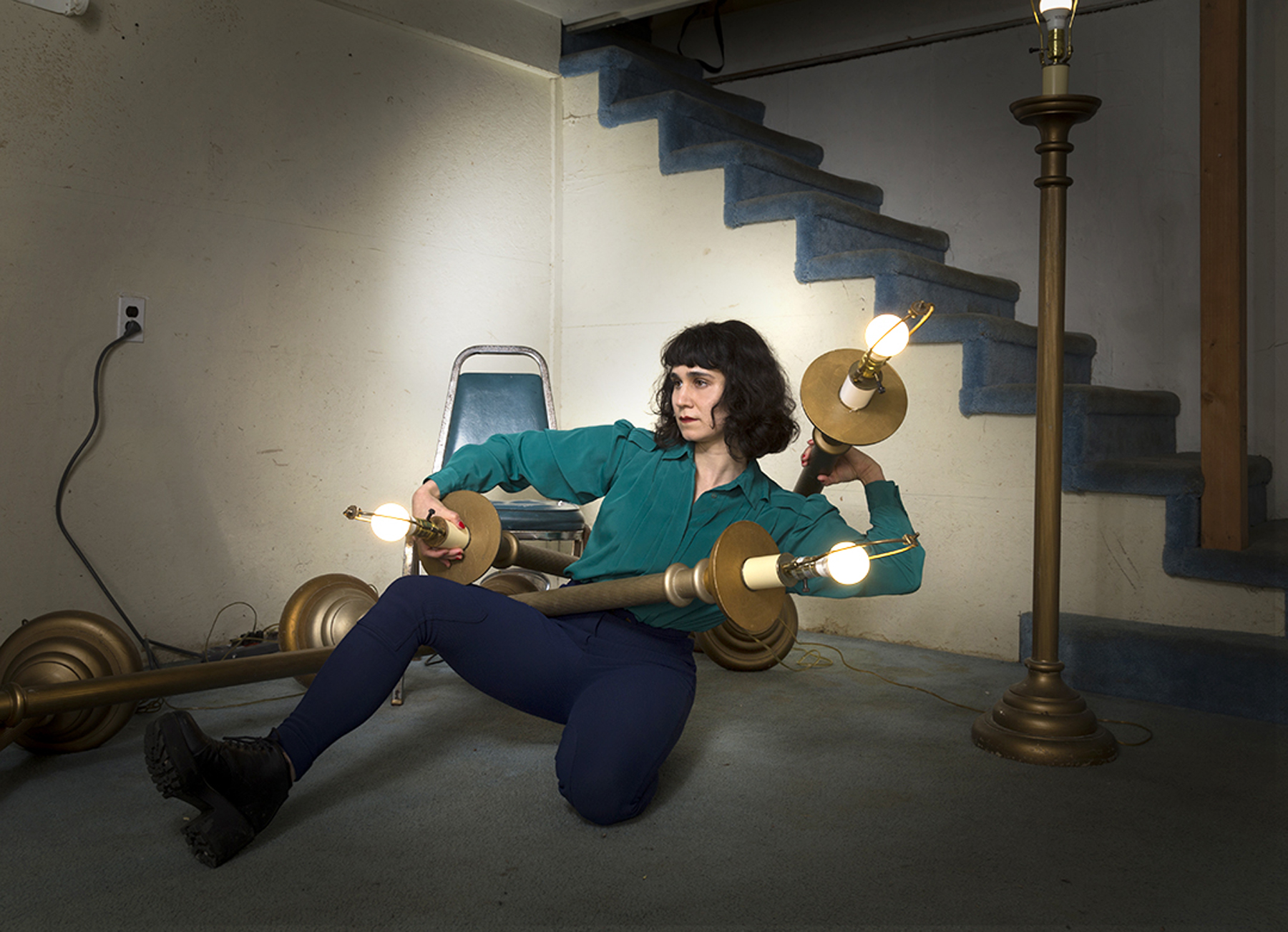 Now in its 35th year, this festival of fresh-baked dance, theater and indefinable performance has gained a reputation as an incubator for notable artists in the region. Spread across two weekends, NWNW showcases 16 different companies and individuals performing diverse works of no longer than 20 minutes each. The first weekend includes local theater artist Susan Lieu’s piece about a daughter’s search for the plastic surgeon who killed her mother, and funny Portland dancer Allie Hankins’ “lecture” in five shimmies. The second weekend brings a “cure for contemporary maladies,” from Fausto Rivera and Cheryl Delostrinos of Seattle’s Au Collective, as well as Calgary-based Pam Tzeng’s investigation of the “Asian mystique,” courtesy of her alter ego, Jo-Lee. —B.D.

Portage Bay Cafe, known for its expertly prepared dishes of locally-sourced ingredients and epic breakfast toppings bar, has long been a supporter of local nonprofit Farestart. Farestart’s weekly Guest Chef Nights encourage their mission of transforming people’s lives through food, giving low-income people culinary training and experience working alongside local chefs. For this special Guest Chef Night, four of Portage Bay Cafe’s female chefs have collaborated to design the menu, each contributing a dish to the four-course dinner, starring dairy and organic spring vegetables from local producers. Dinner will start off with Chef Sandra Mora’s organic beet and arugula napoleon, topped with Lost Peacock Farm’s chèvre and pistachios. Chef Ada Chen’s chilled asparagus and fennel soup with tarragon crème fraiche provides the amuse bouche (and I suspect steals the show). The main course, by Lauren Richardson, will be to-die-for pan-roasted Alaskan halibut with turmeric piccata and a host of local veggies, and, for the vegetarian option, romanesco and spiced cauliflower steak with organic chimichurri. Local rhubarb and opal basil ice cream, topped with an almond tuile, by Chef Tonya Murdock, rounds out the meal. —N.C.

This splendid Seattle a cappella choral ensemble led by composer Eric Banks celebrates its 25th anniversary with the premiere of the full choral version of Lisa Bielawa’s “Machina Mundi,” a meditation on the origins of the universe that blends live voices and digital technology. Also on the program: Richard Strauss’ “Deutsche Motette” and two works by Banks himself. —M.U.

This Saturday morning, I will leave my house at 8:30, armed with a thermos and a wishful list, to climb the hill to PhinneyWood Garage Sale Day. In Janesville, Wisconsin, my mom will have already been up for hours pursuing the same dream: that someone else’s trash could indeed be my treasure. While there are many garage sale days this time of year, I believe the PhinneyWood Garage Sale Day to be the best. From furniture to clothing to tomato starts — between the dozens of garage sales and the Phinney Neighborhood Association rummage sale and tool sale — this garage sale day has something for everybody. And, best of all, it always encapsulates the friendly goodwill of the Phinney and Greenwood residents, whose kids sell coffee and homemade baked goods on the sidewalk, and who are always happy to tell you the story of a glass bird or a vintage dress that could be yours. —N.C.

The Seattle contemporary dance company led by former Pacific Northwest Ballet principal dancer Olivier Wevers presents an eclectic program that includes Wevers’ new “Silent Scream,” inspired by Charlie Chaplin’s film, The Great Dictator; the quirkily titled “Duck Sitting” by Danielle Agami (a veteran of Israel’s Batsheva Dance Company and prize-winning leader of her own troupe, Ate9); and “Stickers,” a work of “highly cerebral physical poetry” (Wevers’ words) by French choreographer Pascal Touzeau (former director of Balletmainz and one-time soloist with Ballet Frankfurt under William Forsythe). Sadly, this will be Tory Peil’s last performance with Whim W’Him. Her comments on why she’s retiring touch poignantly on what it means to focus so intently on a dance career. —M.U.

Dance troupes from Israel, Canada, New York, Los Angeles and Switzerland/Japan (in the case of one far-flung dance duo) join a roster of Seattle companies for three weeks of dance. Most performances are at Broadway Performance Hall, but SIDF’s traditional (and free!) “Art on the Fly” event — in which “contemporary dance events intertwine with the urban canvas” — takes place in Denny Park this year, noon-3 p.m. June 8. Cyrus Khambatta, leader of Khambatta Dance Company, is the intrepid soul who puts this vast enterprise together. —M.U.

Toward Impressionism: Landscape Painting from Corot to Monet

When did Impressionism, a label dating from 1874, actually start? The answer proves intriguingly elusive in this handsome show at the Frye Art Museum that spans most of the 19th century. The exhibit traces the shift away from French historical/mythological-tableau painting to landscape painting for its own sake. The landscapes of 17th-century Dutch painters and British artist John Constable (1776-1837) were inspirations, and in French hands the genre grew increasingly experimental in color scheme and brush-stroke technique. Jean-Baptiste-Camille Corot (1796-1875) dominates the show with his shadow-dappled scenes in which the human figures, rather than standing out heroically, are almost camouflaged by the natural world around them (“A Gust of Wind” is a great example). Lesser known works — François-Auguste Ravier’s twilit “Old Tree on the Plain” from 1868, for instance — read like Impressionism before the word was coined. A closing highlight of the show is Claude Monet’s “Rocks at Belle-Île” (1886), which hints of modernist innovations to come. —M.U.

If you go: Toward Impressionism, Frye Art Museum through August 5 (Free)

The Reports on Sarah and Saleem

A heated, furtive love affair between a Palestinian bakery-delivery driver and an Israeli café owner (both married) goes disastrously wrong when, in trying to avoid discovery, they find themselves accused of taking part in an espionage scheme that doesn’t exist. This twisting, suspenseful, wrenching tale of wayward desires thwarted by toxic politics boasts terrific performances from the four lead actors and immerses you thoroughly in the checkpoints, tensions and turf wars of a divided city: Jerusalem. —M.U.

Little Tito and the Aliens

This charming fantasy is an Italian production, but it’s set in Area 51, the secretive U.S. Air Force facility in Nevada where rumors of visiting space aliens have circulated for years. There, two recently orphaned Italian kids — 7-year-old Tito and his sister Anita — are sent to live with their widowed uncle, “The Professor,” who’s been working on a gizmo that will let him communicate with the dead. Imaginatively filmed, Tito is a tale of loss and connection that pays homage to cheesy 1950s sci-fi (robots! space rays!) with a winning spirit. Suitable for kids 9 and older. —M.U.

Taking telling measure of culture clashes within post-civil-war Algeria, Sofia Djama’s debut film is a thoroughly discomforting eye-opener. A cosmopolitan husband and wife, trying to celebrate their 20th anniversary, run into obstacles at every turn. Increased Islamic fervor poses one problem. (No alcohol is allowed at dinner at one of their old haunts, and a self-righteous young imam feels free to interfere with their evening.) Worries about their son’s future are on their minds too. (“This country is too damaged,” the wife says, “and I won’t give it to my son.”) Meanwhile, the younger generation is both superficially Westernized and radical-Islam-curious. Dope is smoked, the Koran is discussed, and a Pakistani-American punk band called the Kominas dominates the soundtrack. The roaming narrative evokes a society whose conflicted parts can’t possibly add up to a cohesive whole. —M.U.

Now in his late 40s, the venturesome actor, whose first breakthrough came at age 19 in Dead Poets Society, has consistently made interesting role choices over his 30-year career. He’s been a go-to performer for director Richard Linklater (Boyhood, Waking Life, The Before Trilogy). He has also taken on tough subject matter in films like Good Kill (exploring the ethics of being a U.S. military drone pilot) and Lord of War (doing the same for international arms dealing). SIFF is paying him a richly deserved tribute, which will include a screening of his latest directorial effort, Blaze (a biopic about country-blues singer Blaze Foley), plus film clips and a conversation with Hawke himself. —M.U.