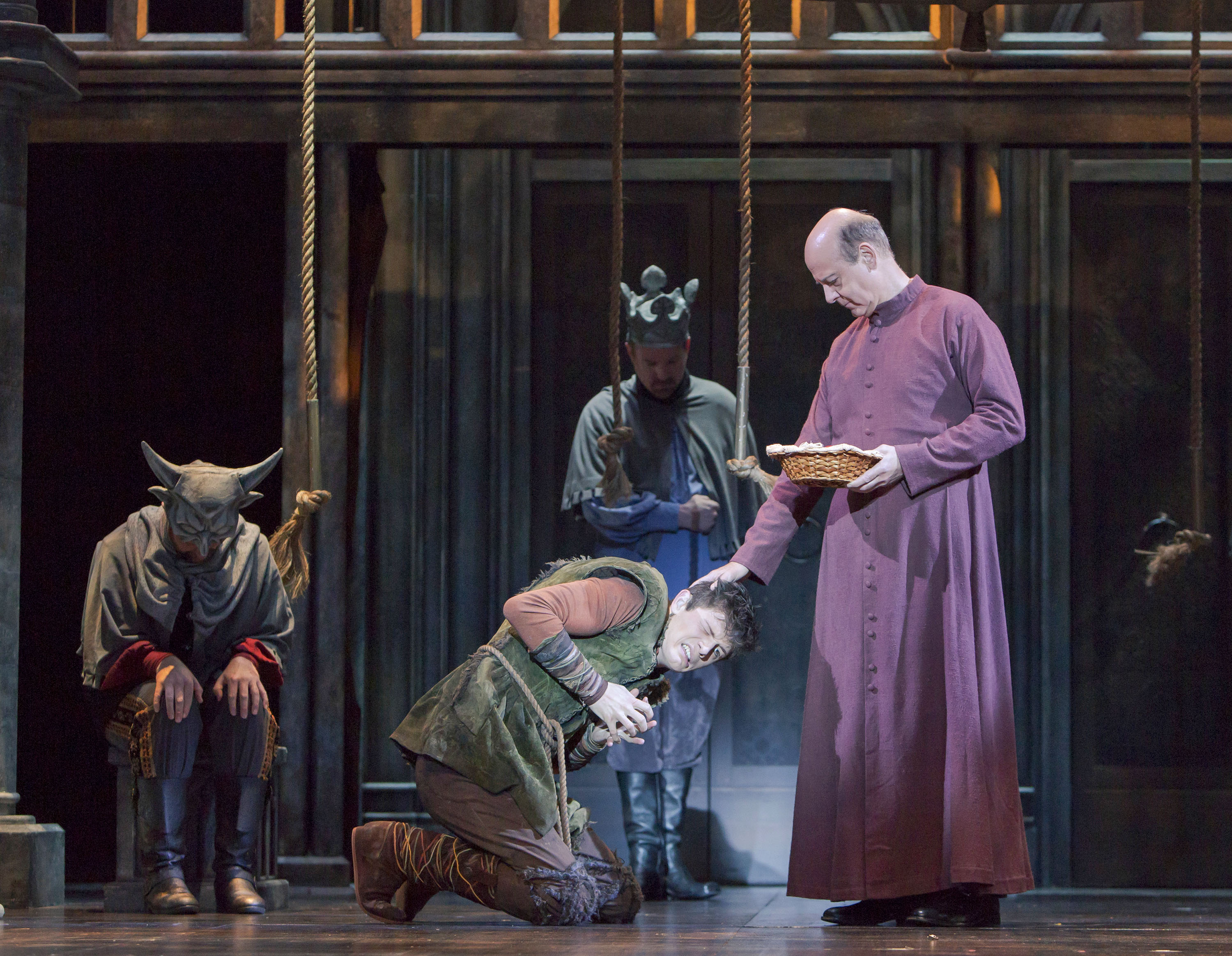 Through borders porous as a sieve / We let them come / And let them live.

It’s almost as if they were given / Sanctuary.

How it fills me with disgust / To walk among them / Yet I must.

The Hunchback of Notre Dame is currently being performed at the 5th Avenue Theatre and the plot of the show could not be more relevant to our time.

Dom Claude Frollo, the self-righteous archdeacon of Notre Dame, believes it his duty to enforce the laws of the land and rid Paris of what he calls “unsavory elements: criminals, foreigners, and gypsies.”

During the first scene following the prologue, Frollo teaches his nephew Quasimodo about the Flight into Egypt. King Herod has decreed that all newborn boys be taken from their families and killed, so the Holy Family — Virgin Mary, her husband Saint Joseph and her newborn baby Jesus — fled Bethlehem for Egypt. Upon their arrival, they were hidden by a priest named Saint Aphrodisius.

Compare this with the statement from Attorney General Jeff Sessions on June 14, where he cited the Bible to support a Trump administration policy of taking children from their parents at the border and Sarah Huckabee Sanders’ insistence that it is biblical to enforce this law. Sessions and Sanders believe the government is ordained by God and is therefore justified in its gravely immoral policy.

The family is sacred to Christians, and its unity is not to be broken by the state. Not surprisingly, Cardinal Daniel DiNardo responded on behalf of the United States Catholic Bishops Conference that “families are the foundational element of our society and they must be able to stay together,” and that “separating babies from their mothers is not the answer and is immoral.” A joint statement from Evangelical, Mainline, Orthodox, Islamic and Jewish religious leaders echoed the Cardinal’s remarks.

Saint Aphrodisius violated the law in protecting the Holy Family from the laws of Herod and was declared a saint because of it. To quote the Rev. Dr. Martin Luther King Jr., “one has a moral responsibility to disobey unjust laws.”

Like Sessions, Frollo believed the end justifies the means, which is why he ordered the execution of Esmerelda just to end his lust for her because, to quote Sessions, “persons who violate the law…are subject to prosecution.”

We do have a duty to follow just laws, but the state also has a duty not to administer cruel and unusual punishment. The state is subject to natural law as much as we are.

The Hunchback of Notre Dame ends with Quasimodo throwing Frollo’s words back at him before throwing him off the bell tower to his death. “The wicked shall not go unpunished.”

I pray our story does not end with a direct parallel there. Just as Saint Aphrodisius thwarted King Herod’s attempt to have the baby Jesus killed, and just as Quasimodo defeated Frollo, our story will end with justice. We must resist the heresy of Sessions, but we must be nonviolent in our resistance. It is our civic and moral duty to resist the unjust laws.

If you go: The Hunchback of Notre Dame, 5th Avenue Theatre, June 1-24

Tyler Hanthorn is a political science major at the University of Washington.