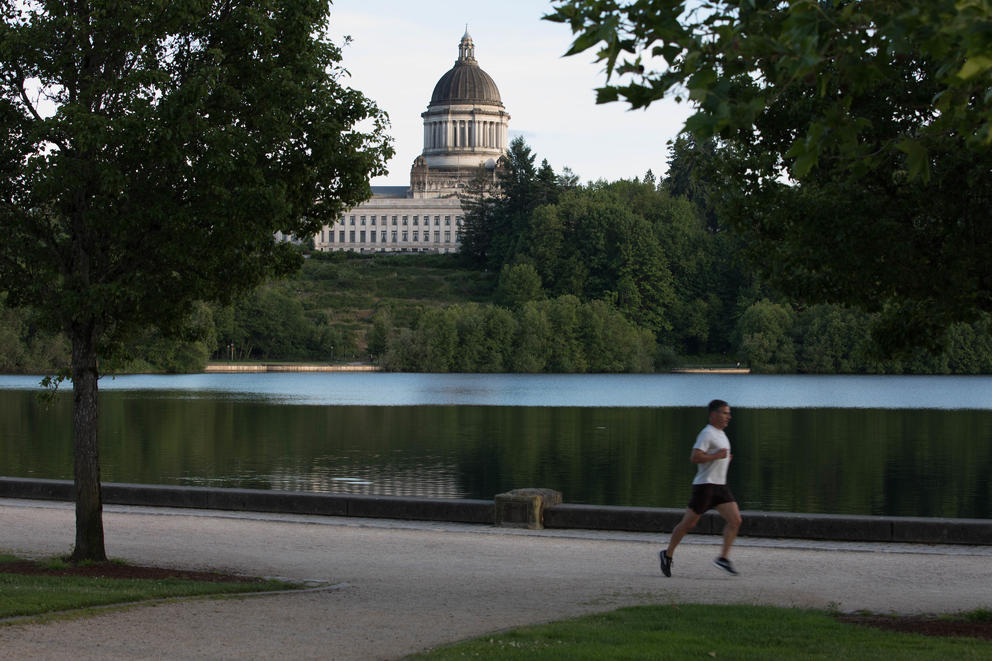 When Pat Rasmussen turned 72, she started thinking more seriously about what she needed to live a comfortable, retired life. The Olympia resident said her body wasn’t doing everything she wanted it to do anymore and she realized it wasn’t going to get better as time went on.

A friend had built an environmentally-friendly tiny home — just a few hundred square feet with solar panels and insulated with hemp. Rasmussen decided it would be ideal: a relatively inexpensive small space of her own.

She soon discovered she wasn’t alone in her thinking. Other seniors were worried about where and how to live out their golden years on fixed incomes in a region with a rising cost of living. Rasmussen built an email list of 100 other women interested in building a community of tiny houses for retirees. She envisions a village of 11 tiny homes for elderly women with shared caregivers.

But under Olympia’s current regulations, Rasmussen can build a tiny home only if she follows the rules for building a regular sized single-family house — which would drive up the price beyond what’s practical for a 200-square foot dwelling.

Such regulations may soon change. The Olympia planning commission has proposed a massive overhaul of its zoning laws to allow and encourage “missing middle” housing — a name for any of the slightly denser housing types that fall in between a single-family house and an apartment building. The 43 proposed regulatory changes would make it easier to build tiny home villages, backyard cottages and basement apartments, townhomes, duplexes, triplexes, quadplexes and more.

The proposal has divided residents. A group called Olympians for People Oriented Places (O-POP) formed to advocate for missing middle housing. Its rivals, Olympians for Smart Development and Livable Neighborhoods, not only oppose the proposed changes but tried to use the legal process to stop the city from moving forward.

The proposed regulations are meant to address the housing needs of an estimated 20,000 new people projected to move into Olympia (population 52,000) by 2040. Olympia planners want to prevent new development from sprawling into the county and ensure the city doesn’t suffer the same costly fate as Seattle, Bellevue and other northern neighbors that have seen dramatic spikes in housing costs as new residents (many of them wealthy tech workers) flood in and outstrip supply.

“Whether it’s Seattle, Fort Lewis or some other influences on our growth, it’s really important as a city government to be prepared,” said Leonard Bauer, deputy director of Olympia’s Office of Planning and Development. “Rather than being really restrictive about what we permit, we’re trying to permit a much wider variety of options.

Many of the 43 recommendations loosen regulations and reduce fees on missing middle housing types to make it cheaper and easier to build middle housing. For example, one proposal would allow people to build a slightly taller backyard cottage than is currently permitted and eliminates the requirement that the cottage have its own parking space.

Another rule change would allow triplexes and quadplexes on smaller lots than currently allowed. Others are about creating definitions for housing such as tiny home villages so such a thing could be built. One of the most controversial proposals is to allow duplexes in just about everywhere in the city.

The city estimates the changes would lead to an additional 950 housing units. “These are zoning changes that simply permit these types of units. Changing zoning doesn’t mean this housing has to be built,” Bauer said.

Roughly 75 percent of Olympia is currently zoned for single-family housing, meaning if you’re renting or buying, your choices are mostly limited to more expensive options.

“The fact that we’re expecting growth and we’re not building housing to account for it means it’s the folks at the bottom of the income spectrum that are getting squeezed out,” said Janae Huber, founder of the pro-density O-POP group. “This kind of housing can help stabilize a certain portion of the market for students, elderly people, folks who want to do co-housing projects.”

According to Zillow, the median home price in Olympia is now $332,000, up 10 percent from the previous year, and median rent (across all types and sizes of housing) is $1,750 per month.

But opponents of the proposal say the city hasn’t done its due diligence. Olympians for Smart Development and Livable Neighborhoods tried to block the process by filing an appeal through the state’s environmental policy charging that proposed regulations would have a bigger environmental impact than the city claimed.

John Tobin, one of the appellants, said his group is concerned the added density will overwhelm the city’s sewer system, leading to more sewage getting dumped into Puget Sound. Additionally, the group called out the potential for additional polluted stormwater runoff ending up in the Sound, the loss of greenspace and a lack of rent-restricted affordable housing, among others.

But in May, the Olympia Hearing Examiner dismissed the appeal and called the group’s concerns, “highly speculative.”

The proposed regulations have garnered support from local homeless advocates as well as environmental groups.

Now it’s up to the planning commission to finalize its recommendations, something that could happen as soon as its next meeting on July 9. From there it will be up to the city council to debate the regulations, modify them if needed, and pass them into law.

Rasmussen is ready to go as soon as the council gives her tiny home village the greenlight. She’s got land lined up, plans for tiny home construction and fellow seniors with building expertise to help out.

She hopes the city moves as fast as possible.

“We have seniors that can’t afford places to live, young people just out of college getting their first job, single-parent households,” she said. “There’s rising rents and we don’t have enough housing available. The best outcome is passing this plan so we can free up people to start building homes.”

For many tenants here and across the country, back rent is piling up, and the problem will likely get worse.