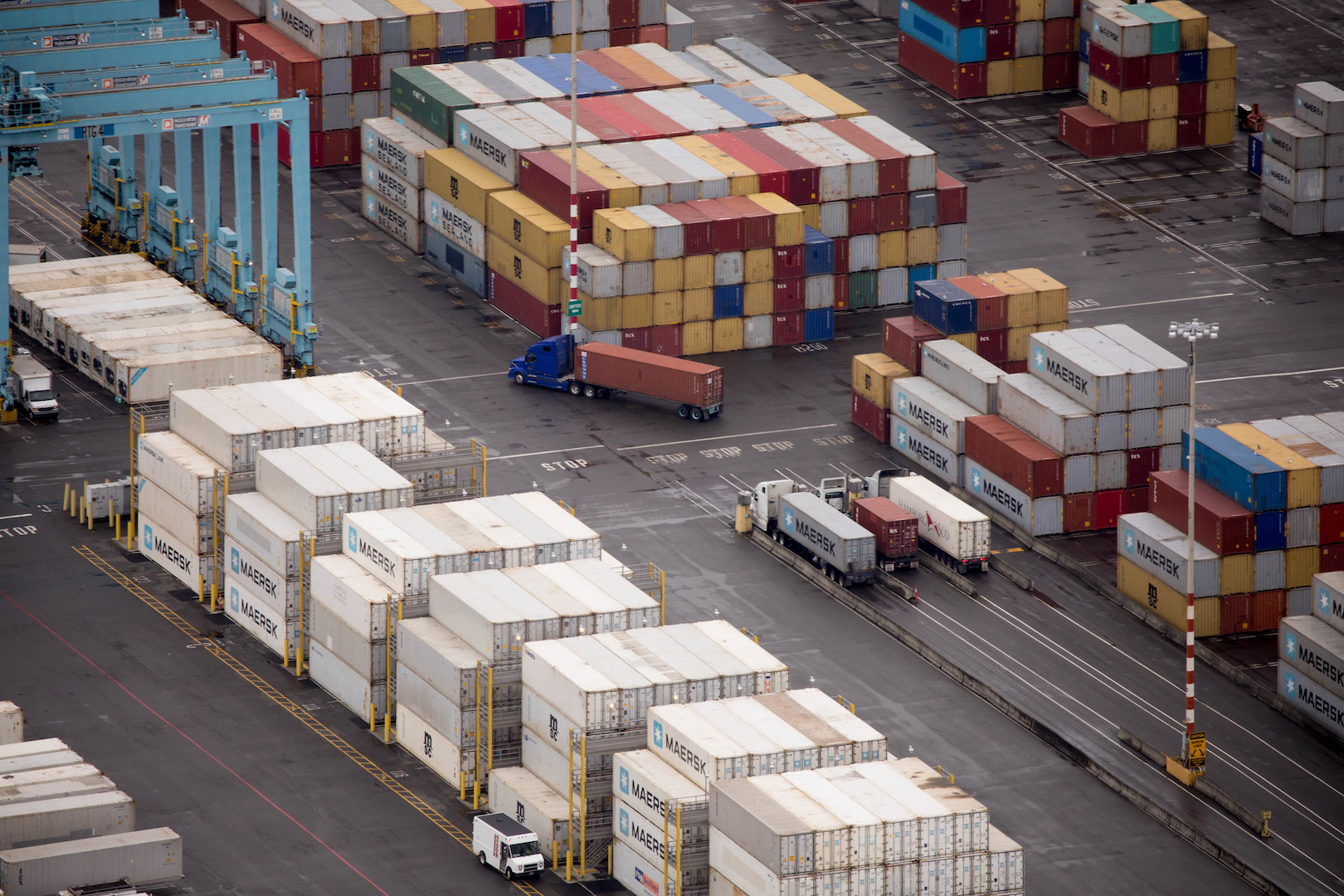 Port of Seattle shipping containers as seen from the Columbia Tower in Seattle, Jan. 19, 2018. (Photo by Matt McKnight/Crosscut)

The Port of Seattle lawyer who reached a $500,000 settlement in exchange for leaving his position has been on paid leave since March 29, according to emails provided to Crosscut through a public records request. He was placed on leave for allegedly violating the Port's anti-harassment policy.

Attorney Craig Watson will remain on the payroll until Aug. 31 — earning him an additional $102,000 for five months of paid leave. His annual salary is $245,000, according to Port spokesperson Peter McGraw.

The Seattle Times first reported on Watson’s separation Wednesday. Beyond his violating the Port’s anti-harassment policies, details of the investigation were not disclosed.

The Port first put Watson on leave three months ago when it began investigating him using an outside firm, Daphne R. Schneider & Associations. At the conclusion of the investigation the Port had planned to seek disciplinary action, according to the settlement released Thursday.

But the agency also concluded that the allegations had not reached the legal threshold to fire Watson. Further, the settlement states that Watson had planned to fight any discipline and would have potentially taken the Port to court.

However, to avoid the disciplinary fight, Watson offered to retire in exchange for “monetary and non-monetary benefits.”

The Port accepted the deal, stating that its Executive Director and Commission leadership had “lost trust and confidence” in Watson, according to the settlement papers.

In a statement to Port commissioners Tuesday, Executive Director Stephen Metruck said, "All employees are entitled to work in a safe positive and inclusive environment that is free of harassment and discrimination. When that is not the case, it is my job as executive director to move quickly to ensure steps are taken to address the situation."

Why Watson stopped going to meetings — which he had consistently attended — was kept quiet, according to two Port employees. Port director Stephen Metruck first notified Watson that he was being placed on paid leave effective immediately on the afternoon of March 29. The director told Watson to remain available during regular business hours and to provide a phone number where he could be reached. If he was unreachable, he would be considered absent without leave.

Watson responded in an email, “Acknowledged. ... I deny any violation of Port policy and request that the confidentiality of this process be strictly maintained.”

The outside investigator Daphne Schneider declined to comment on the specifics of her findings, as did Katheryn Bradley, the Port’s outside attorney with the law firm Lane Powell. Spokesperson McGraw pointed to Metruck's recorded statement.

Watson told the Times he could not comment due to the settlement agreement.