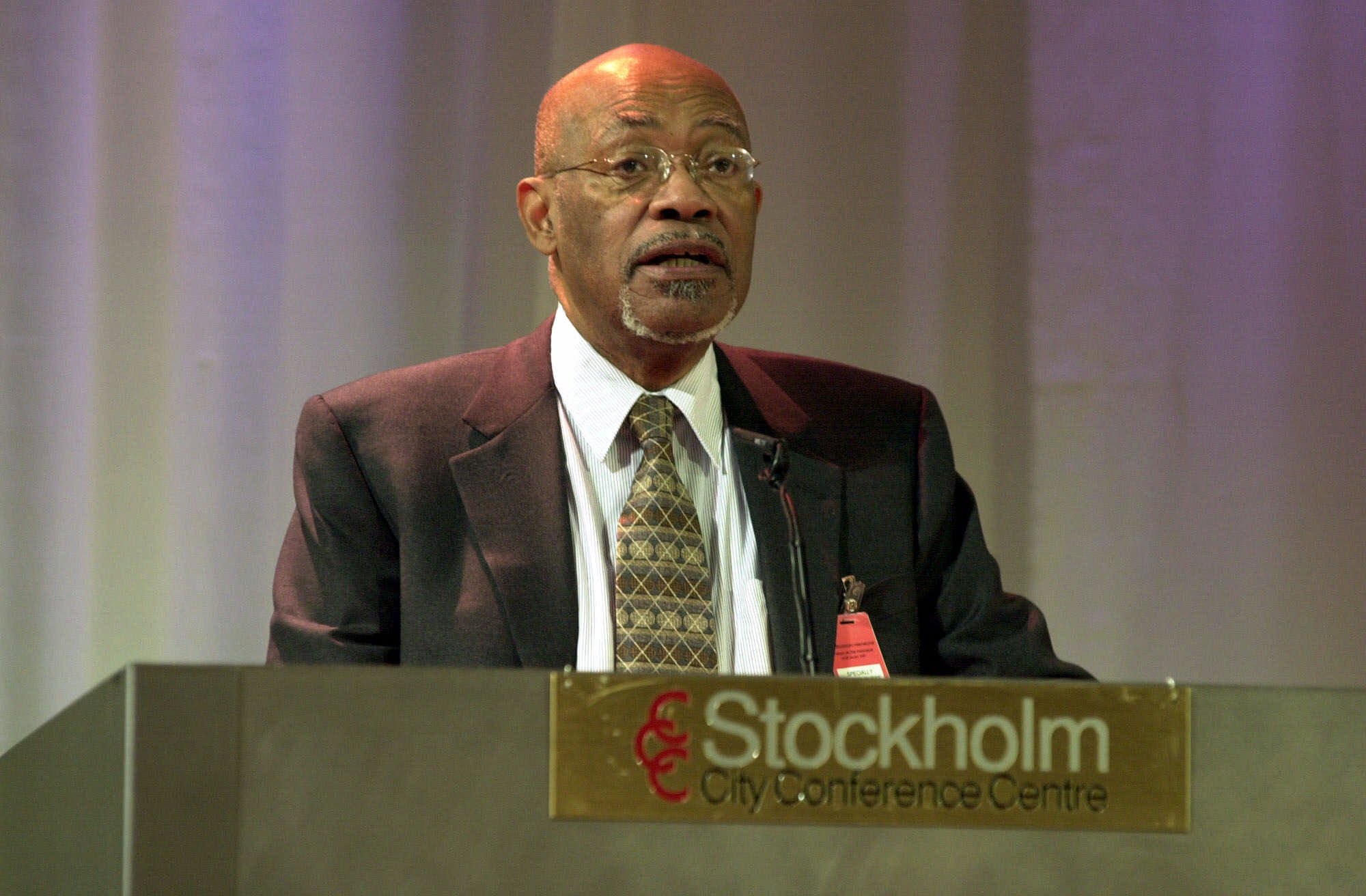 Academic, civic leader and religious figure, Hubert G. Locke was a man who loved what might have seemed an unlikely pair of cities: Seattle, his longtime home, and his hometown of Detroit.

Dr. Locke, 84, died in Seattle on June 2. No immediate cause of death was given but the Seattle Times reported that he had suffered from heart problems.

His friend David Brewster, president of Folio: The Seattle Athenaeum and the founder of Crosscut, said that in his many years in high tech-oriented Seattle the Rev. Dr. Locke often spoke of specific streets and the great neighborhoods, music and foods of the old home of automobile manufacturing. And even in his later years, Locke managed to keep connections with Detroit friends visiting Florida, where he spent winters with a daughter.

Locke, whose Seattle residence overlooked the Olympic Sculpture Park, seemed to have developed his love of cities and their health in Detroit, Brewster said.

He was, as friends and admirers recalled, a Renaissance type of figure: a scholar who had written at least six books on the Holocaust and, in particular, the religious response to the Nazis’ reign of terror; the author of the definitive book on the 1967 Detroit race riot (reissued last year for the 50th anniversary); a beloved former dean of the University of Washington’s Evans School of Public Policy who touched numerous students’ lives; a civic leader who advised a string of Seattle mayors; and a Christian minister who married numerous couples. Many of the couples were of less formal faith than that of the deeply religious Locke, but were drawn by his openness, his sound spiritual and practical advice and warm sermons.

Brewster and the Rev. Dr. Phyllis Ratcliff-Beaumonte, an associate minister at Mount Zion Baptist Church, said that his scholarship on the Holocaust may have been the aspect of his work that was least known in Seattle.

It was his passion for Seattle’s well-being and his ability to think deeply and objectively that made him both a force within the corridors of City Hall and among the wider public through his official reports, such as one dissecting what had led to a 2001 Mardi Gras riot death in Pioneer Square and through his precisely reasoned Seattle Post-Intelligencer newspaper columns. (After the newspaper’s closure, he wrote more than a dozen articles for Crosscut between 2009 and 2015.)

“What a gentleman,” said Kimberly Mills, who edited his Post-Intelligencer columns. She recalled how easy his work was to edit, since his attention to spelling and grammar matched his clarity of thought and his impeccable, slightly formal personal manners.

As a professor, dean and vice provost at the UW, much of his work was with students who aimed for careers in public service or government. He was a role model, whether in Detroit as an administrative assistant to the Detroit police commissioner or later in Seattle as an adviser and go-to person in police chief searches. Jordan Royer, the top public safety adviser to Mayor Greg Nickels, said Locke’s work on police issues, including reform, was valued by the department’s leadership.

“He was everything you would want in a public servant, someone who would dedicate his life to helping other people,” Mills said.

Ratcliff-Beaumonte, who recalled studying for her masters in public administration at the UW while he was dean, said she was struck by his brilliance and scholarship on the Holocaust and Zionism. But he was also ready to offer advice and support to students. She said he came to the UW at a time when few African Americans held important positions there. “It was gratifying to see another African American who was revered and respected,” she said. But, she noted, his influence was broad, reaching the entire city rather than being limited by ethnic identity.

Royer said Locke provided a calming presence even in tumultuous situations like the aftermath of the Mardi Gras riot, playing an “objective referee role.” Locke, he said, was part of a generation that had a number of civic leaders who put their love for the city as a whole first, ahead of their partisan, group or economic loyalties. “I see a lot of interest-based decision making, and he was definitely not that [type of leader],” Royer said.

For all his academic and civic responsibilities, Locke remained a person able to relate to individuals. “He was just amazing,” Brewster said, “at how he would show up at critical times, whether it was somebody getting married or someone in bad health.”

Ratcliff-Beaumonte said, “I had a great deal of respect for him, both as an intellectual and as someone who understood the people whose backs were against the wall.”