Straight out of Israel: Gaga comes to Seattle 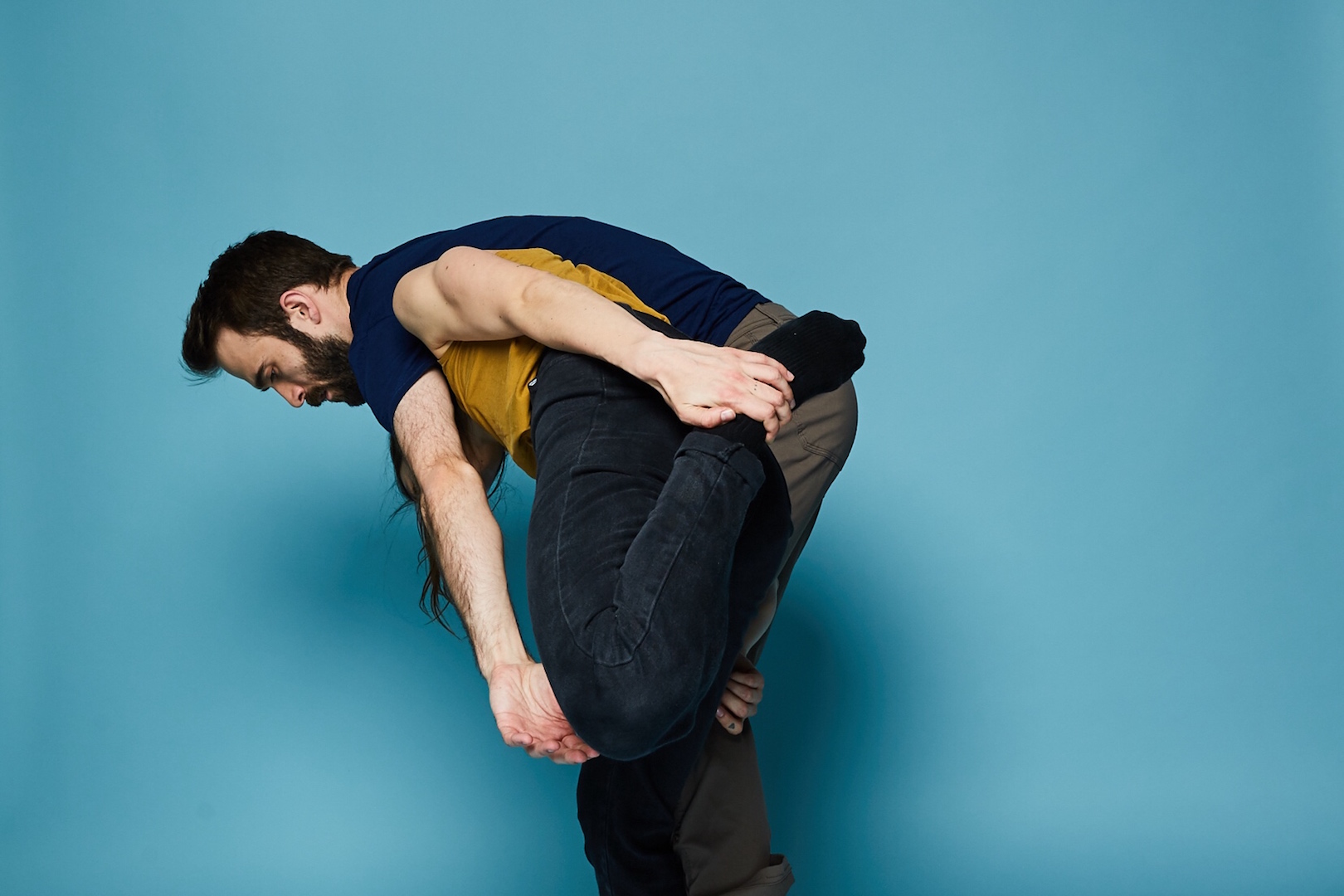 “You might want to stay in your body.” It’s a gentle suggestion from Israeli choreographer Tom Weinberger as his dancers leave the Velocity Dance Center rehearsal stage for a 15-minute break.

Staying in your body means not getting caught up in self-criticism (or your Instagram feed) and paying more attention to physical cues than mental clutter. It’s also the primary directive of Gaga, the dance language in which Weinberger is fluent and which he’s bringing to Seattle as a new resident.

Unlike ballet, which is based on perfecting centuries-old techniques, the Gaga movement vocabulary is ever-expanding, based instead on improvised movements dancers originate in their own bodies — often in response to imagery (“measuring the weight of body parts,” “moving the moons”) and phrases (“lightness as a virtue,” “explosive power”). Also distinct from other dance forms, there are no mirrors used in Gaga — dancers are to listen to their bodies, not watch themselves.

A longtime Gaga teacher, Weinberger, 31, has incorporated its precepts into Familiar Foreign Body, his world premiere piece running at Velocity through June 3. It’s his first-ever evening-length work performed in the U.S.

In the piece, five dancers (Weinberger, Seattle-based David Harvey and Lavinia Vago, San Francisco-based Courtney Mazeika and Los Angeles-based Sarah Butler) begin by standing in an accidental circle, a frozen street scene. They start to move individually, in their own repeated patterns — a knee curled up and held loosely to the body, a torso thrown backward then yanked forward by hunched shoulders — as a high-pitched, electronic chord drones behind pretty, scattered piano notes. Just as each dancer reaches a new position, they back off from it. It’s as if the positions they’re moving toward can’t snap into place.

Seamlessly, they start to move in unison, a murmuration of starlings, with an intelligence we recognize but don’t fully understand. At times, a dancer begins to collapse in extreme slo-mo, as if changing form in a non-human scale of time, like a tree.

“It’s about dissipating — architecturally, physically and emotionally,” Weinberger says. “It’s striving for something, but can’t reach it, and then, disintegration.” In his mind, the piece asks, “What is the aesthetic of falling apart?” The answer is nuanced, he says. “Like a piece of fabric left outside, that is gradually changed by wind, rain, sun and becomes something else.”

Weinberger began working on the piece this past fall, soon after he moved here from Tel Aviv, joined local dance collaborative Studio Kate Wallich and began a creative residency at Velocity. He marvels at how quickly Familiar Foreign Body came together, especially since “the physicality is so different from the local scene,” he says. “Before anything else could happen, the whole style of movement had to be taught.”

Gaga was first developed in the early 1990s by Israeli choreographer Ohad Naharin, as director of the world-renowned Batsheva Dance Company in Tel Aviv. Naharin has called Gaga an “anti-technique.” But while formal positions and shapes are absent, there are common threads that run through the movement, including sinuous spinal fluctuation, sudden bursts of power and a remarkable elasticity of limbs. (See more Gaga, by fellow Naharin disciple Danielle Agami of Ate9, at Whim W’him June 8-16.)

Weinberger danced with Batsheva for many years, and his choreography showcases Gaga at its finest. In 2014, his solo piece “Nemek” won first place in the prestigious International Solo Tanz Theater Festival in Stuttgart, Germany, thanks to his stunning combination of held muscular postures, jolting herky jerks and serpentine transitions.

He says his plan is to start something in Seattle — not an official company, but more like regular two- or three-month-long collaborations. “Something that functions like a family gathering,” he says with a soft smile. Weinberger is excited about the creative potential here. “There’s space in this city, a lot of room for things to grow,” he says, “and a supportive energy — it’s a nourishing environment.”

While many Seattle creatives lament that the city has become less artist-friendly in recent years, Weinberger has a different perspective. “I can see the influence of the high-tech environment in Seattle,” he says. “I’m not ignoring the reality that it’s hard to be an artist here, especially financially. But I’m from Israel. And I can tell you, it’s a much more tense environment there.”

He’ll travel back to Israel later this month, before returning to the West Coast to teach Gaga intensives at the San Francisco Conservatory of Dance in July and at Arts Umbrella in Vancouver, B.C. in August. Turns out there’s good reason the dancers in Familiar Foreign Body appear to pull away from their physical destinations: “They don’t land,” Weinberger says. “I don’t want them to land because I don’t feel like I’ve landed yet either.”