Like the California rule struck down Tuesday, King County requires crisis pregnancy centers to say what they are — and aren't. 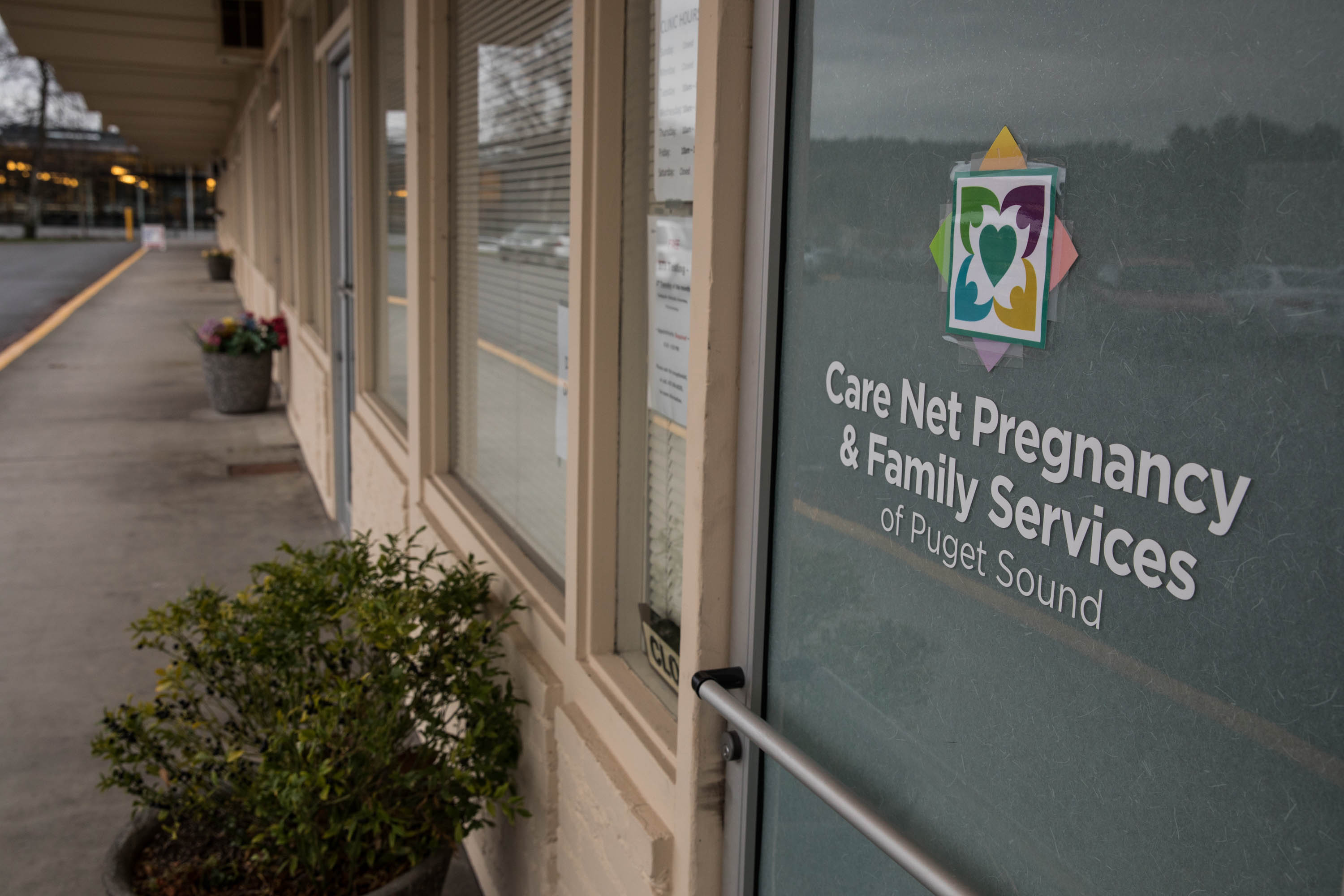 The U.S. Supreme Court Tuesday issued a decision striking down disclosure requirements for California’s crisis pregnancy centers — which promise prenatal advice, oppose abortion and often have conservative, religious roots — that could have implications in King County

The question is whether the ruling, barring California from requiring the centers to more clearly state what they do and don’t provide, could make it harder for King County to defend similar rules in court. So far, the county’s requirements have not faced legal challenges, but some suspect the Supreme Court’s ruling could embolden anti-abortion centers to take legal action.

A total of six such crisis pregnancy centers have been identified by King County. Last July, the King County Board of Health approved a rule that requires these centers to post in clear terms,“This facility is not a health care facility.” The Board wanted to eliminate any confusion about what, exactly, these facilities were offering. Its concern was that pregnant women may be unaware they were not being offered a full range of options, such as abortion services.

The King County rule is similar to a California law that was the basis for Tuesday’s Supreme Court ruling. However, the California law went further, requiring facilities to direct patients toward more comprehensive services, including abortions.

In a 5-4 decision, the Supreme Court nullified the law, siding with advocates who say the requirements violated the centers’ free speech rights.

King County Councilmember Rod Dembowski said King County’s rule was more conservative than California’s law to make it less vulnerable to a potential lawsuit. “Ours is narrower,” he said in an interview on Tuesday. The King County rule only requires crisis pregnancy centers to post notices that they are not health care facilities — not to direct patients on where to find abortion services.

This could now be a key distinction, Dembowski said. Writing for the majority, Justice Clarence Thomas said California had not proved that the notices — the ones indicating the clinic is not a healthcare facility — were justified or not overly burdensome.

For Dembowski, King County’s rule has a clear justification: to avoid confusion in the interest of giving clear information to the women seeking reproductive services. California did not make that argument.

Sara Ainsworth, Advocacy Director for the pro-choice Legal Voice, said she believed that King County had proved that its rule was justified, therefore meeting the burden laid out by the Supreme Court.

“I think there was a lot of info provided to the Board of Health about the negative impact” of crisis pregnancy centers, she said. “…What the court didn’t see is the nature of that deception and the impact it has on people.”

One particular concern expressed by critics of the facilities is that women who may benefit from an abortion will not learn it’s an option in a timely manner, or they might receive misinformation about the effectiveness of condoms or birth control.

Proponents on the other hand contend that these facilities offer needed services and advice.

Councilmember Kathy Lambert, who opposed the county rule, could not be reached for comment.

King County’s rule also requires such centers to post notices in multiple languages that state that they are not health care facilities. Given the Supreme Court ruling, Dembowski expressed some concern that a court could find the county requirement overly burdensome. But he said that portion could be revisited.

The King County rule, it should be noted, is so far a rule on paper only. In January, Crosscut visited all six facilities and found no posting of notices. The system is complaint based; Dembowski said Tuesday they still hadn’t received complaints that the centers were not posting notices.

Kim Triller, Director of CareNet, which some consider to be a crisis pregnancy center, did not immediately respond to a request for comment. But speaking to Crosscut in January, Triller did not rule out legal action if the County tried to enforce its rule. “They don’t have a legal standing to enforce that,” she said.

If the rule is challenged in court, Dembowski was confident the county rule would stand. “We’ll take a look and there could be some fine tuning, but I believe the court has left open a clear path for our rule to be sustained.”