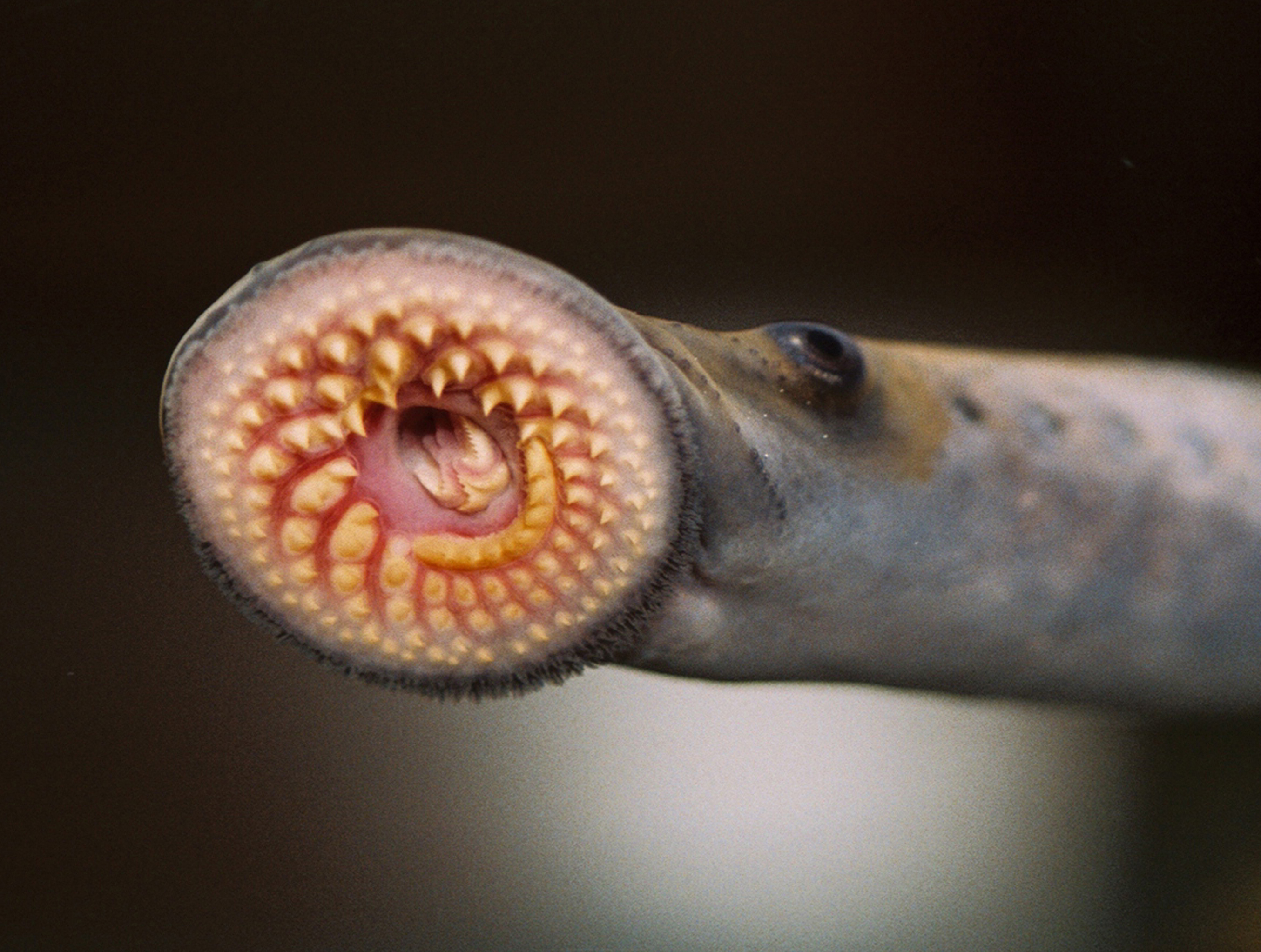 When Aaron Jackson was growing up in eastern Oregon, he’d never seen a lamprey in the Umatilla River. Tribal elders remembered harvesting the fish there for ceremonies.

But by the time Jackson was a kid, 40 years ago, lamprey were gone.

Now, Jackson is the lamprey biologist for the Confederated Tribes of the Umatilla Indian Reservation. He’s overseeing one of the many efforts throughout the Columbia Basin in Washington and Oregon that aims to restore lamprey runs. Jackson hopes, one day, tribal members will be able to harvest lamprey from the Umatilla River — and that the fish will be self-sustaining.

“To be able to have a harvest here in the Umatilla, we’ll be able to, once again, walk in the footsteps of our ancestors that harvested lamprey here since time immemorial,” he said.

With funding help from the Bonneville Power Administration, the tribes have worked to move lamprey around the dams and up to the Umatilla River.

“We understand the cultural significance of Pacific lamprey to the tribes which is one reason we’ve funded lamprey projects in the Umatilla,” said Lorri Bodi, vice president of environment, fish and wildlife with the Bonneville Power Administration. “As a food source for other creatures, lamprey are also very important to a healthy functioning ecosystem such as in the Umatilla River so it’s great to see our efforts paying off.”

Tribal members were excited when they saw the fish start returning. In 2011, Jackson thought 129 fish in the river was a major step.

Now, lamprey numbers have dramatically increased. So far this spring they’ve seen more than 2,600 fish migrating up the Umatilla River to spawn.

Jackson said he thinks they’ll see at least 3,000 lamprey this summer. It’s still not enough for the tribe to harvest, but it’s moving in the right direction.

“The due diligence has now moved to a sense of mini-accomplishment. We’re not there yet, but things are looking better,” Jackson said.

Lamprey are what are native people in the Northwest called a “first food.” They’re served at dinners and feasts at the longhouse and used at funerals and weddings.

“It’s important to have a healthy, robust and thriving population in the Umatilla River because not only do they have an ecological importance in the food web, but it’s also important for our tribal culture and our tribal history — to be able to carry on our traditions,” Jackson said.

Although there’s still a lot unknown about Pacific lamprey, biologists do know they spend up to seven years as larvae in streams before migrating out to sea, where they live for up to three years before returning to spawning grounds in Northwest streams.

In the 1960s and 1970s, it was a common practice to eradicate what people thought were “trash fish,” Jackson said. Managers in the West would often put the pesticide rotenone in the rivers to kill off fish like lamprey and suckers — and make space for more desired fish, like salmon and steelhead. All of this was before biologists realized the ecological importance of those lesser-loved fish.

That’s about when the tribe first started noticing lamprey numbers in the interior Columbia Basin dip. The population became functionally extinct in the 1970s. Tribal members alerted others to their concerns.

“Their concerns fell on deaf ears by managers for quite some time,” Jackson said.

In the early 1990s, BPA began funding a lamprey restoration project with with the tribe. After years of research, the tribe began collecting lamprey from dams on the Columbia River, bringing them upstream and releasing them just before they spawned.

“You could count all the fish at Three Mile Dam (on the Umatilla River) on your two hands,” Jackson said. Tribal members traditionally harvested lamprey at that dam.

“Last year, we had a return of 2,076 lamprey to Three Mile Dam. This year, within the first three weeks of May we broke that record,” Jackson said.

Jackson said lamprey numbers have also increased elsewhere, like near Hood River, where there are fewer obstructions for them to pass. They’ve also seen lamprey numbers come back as soon as dams have been removed on the Elwha and the White Salmon rivers.

Biologists are also working to produce lamprey, like salmon are bred in hatcheries.

“It’s one big experiment in the mid-Columbia Basin,” Jackson said.

He said the tribes hope to release their first hatchery-produced lamprey in the next year or two. Then they’ll have more tools to help increase lamprey numbers to harvestable populations, good news for tribal elders.

“It gives (the elders) an opportunity to reflect when the lamprey populations used to be like that when they were kids, and they had opportunities to harvest lamprey here that they haven’t had since the 1960s,” Jackson said.

Right now, lamprey can be harvested at Willamette Falls, near Portland, a long way from home.

Biologists have seen a lot of fish passage improvements on the main stem Columbia River, Jackson said, but that could come into question.

When the U.S. Army Corps of Engineers put its 2019 budget proposal together, it didn’t request any additional funding for a 10-year lamprey passage project that’s wrapping up this year. Previously around $5 million had been dedicated to lamprey passage each year, said Matt Rabe, the Corps’ Northwestern Division spokesman.

“We’ll continue to operate and maintain what is in place — the passage systems that were constructed over the past 10 years,” Rabe said. “We’ll continue to count the lamprey at each of our facilities. But as far as any new work, I think that that is probably on hold until future opportunities are investigated and approved.”

Rabe said the Corps will continue to work with tribes to understand their priorities and concerns about lamprey passage.

Those fixes on the main stem of the Columbia River probably contributed to getting lamprey up into the Umatilla River, a tributary of the Columbia, he said.

“We have a long ways to go, like up into the Grand Ronde River,” he said, “if things come to a standstill and we don’t see funding for main stem efforts, it’s going to be hard times for lamprey in (the) upper (basins).”

For now, Jackson said, lamprey numbers in the Umatilla River are only continuing to grow. He said others are starting to translocate adult lamprey after the success here. The Confederated Tribes of the Umatilla Indian Reservation has started moving lamprey to the Grande Ronde River. The Nez Perce Tribe is also releasing lamprey into the Wallowa River.

“It feels good that we’re doing something right in the environment for a change, instead of reading all the stories of things that are going wrong,” Jackson said.