The Third Door Coalition is aiming to develop a housing-first plan and find the funding to make it happen. 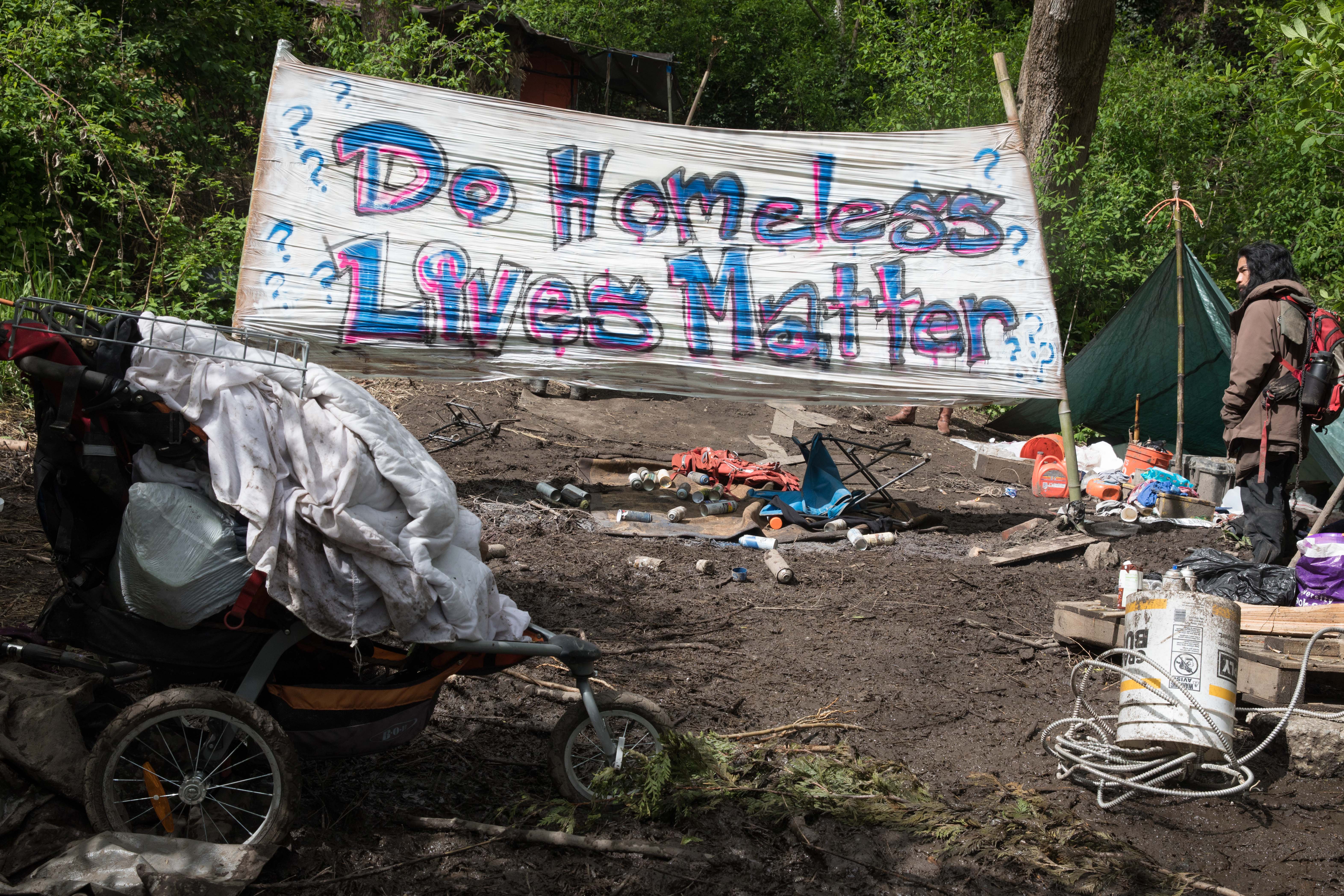 In mid-June, Seattle University law professor Sara Rankin received a phone call asking what the city needed to do to effectively fight homelessness. It wasn’t a total surprise, given the timing. The Seattle City Council had just made an unexpected about-face on a newly-passed business tax intended to fund affordable housing and homeless services and people were looking for answers. As the head of Seattle University’s Homeless Rights Advocacy Project, Rankin had them.

The caller was Chad MacKay, CEO of Fire & Vine Hospitality, which operates seven restaurants and two hotels in Seattle and other Washington cities. MacKay is also on the board of directors at Visit Seattle, which is how he knew Rankin. Several months earlier she had given a presentation on potential solutions to the population of Seattleites living in chronic homelessness, which is defined as people “living on the streets for more than a year, or four times in the past three years.”

“Her talk bordered on optimism because there’s actually solutions,” MacKay said. “We’re not scrambling to figure out what works; we actually know what works to solve chronic homelessness.”

MacKay had opposed the so-called head tax and donated to the repeal campaign through his businesses. When the council walked back the tax under pressure from citizens and business owners like MacKay, it left Seattle at a seeming impasse over how to address the homelessness crisis. MacKay called Rankin to see if there were other options still on the table.

They agreed to work together to build a coalition of stakeholders, quickly lining up business leaders, academics, and housing and service providers behind a common goal: ending chronic homelessness in Seattle in five years.

“Chronic homelessness drives so much of the split [around homelessness issues] because people are having emotional, gut responses to it, not educated responses to it,” said Rankin. “If we’re going to try to create more productive conversations about homelessness, we have to find areas of mutual interest and push ahead to show we can actually make an impact. We’re really conscious that the work the coalition does needs to be evidence based and focused on what is proven to work.”

Rankin drew on her team of researchers at Seattle U and brought in Daniel Malone and Paul Lambros, the respective executive directors of affordable housing providers DESC and Plymouth Housing. MacKay recruited from his circle of business leaders and signed up Seattle Hospitality Group CEO Howard Wright (himself a major donor to the head tax repeal campaign), developer Maria Barrientos and an additional seven business representatives yet to be announced.

Calling themselves the Third Door Coalition — an alternative to the two sides of the head tax fight, they say — the group has set a lofty goal of moving King County’s more than 3,500 chronically homeless residents off the streets and into permanent housing. To do so, the coalition is focusing its efforts on scaling up housing first, a potential solution that gives chronically homeless people permanent housing from the outset, regardless of substance abuse or mental health issues.

“Solving chronic homelessness in a five year time period isn’t idly talking,” MacKay said “It’s applying the things we already know about what works and figuring out how to expedite those in a number of different ways to make that a reality.”

Rankin says that solving chronic homelessness means reaching “functional zero.” Rather than setting the near impossible goal of zero homelessness, functional zero means there’s enough permanently supportive housing available that anyone living on the street can get placed in housing within 30 days.

Third Door hopes to have a concrete plan in place by this fall. In addition to making the case for housing first, the plan will include suggested zoning and regulatory reforms that could help accelerate development of affordable housing and reduce the cost of construction.

To help put the scale of the solution in perspective, MacKay pointed out that building 35 permanently supportive housing buildings with 100 units each would meet the current need. Though constructing 35 buildings in Seattle is extremely expensive, MacKay said housing first saves money. Federal reports have found a chronically homeless person costs a city $30,000 to $50,000 each year because of emergency responder calls, jail time, hospital visits and more, whereas placement in permanently supportive housing costs an average of $20,000 per person.

The group is also considering creating a “by-name” list of Seattle’s chronically homeless residents. These lists have proven successful in addressing veteran homelessness in King County by helping agencies and service providers keep track of individuals and the issues they’re facing. The City of Seattle is currently working on creating its own by-name list -- one of the recommendations in a 2016 report on homelessness investment strategies.

Once the plan is in place, MacKay and Rankin said they’re confident they’ll be able to attract private funding and foundation grants that can be coupled with existing federal and state funds. “Seattle does not have enough money already to solve chronic homelessness,” Rankin said. “We don’t have enough money to deal with the affordable housing crisis. … But you can’t fund something if you don’t have a plan.”

Salt Lake City is held up as the golden example of a successful housing first model. Their big push to provide permanently supportive housing reduced the chronic homeless population from 2,000 in 2005 to fewer than 200 in 2015. The approach is also being used in Hawaii, New Orleans, Detroit, Tulsa, Seattle and elsewhere. Often times, cities use permanently supportive housing that have substance abuse and mental health counseling available on-site to help residents address their problems when they’re ready.

According to DESC director Malone, Seattle already has several thousand units of permanently supportive housing, including buildings managed by DESC and Plymouth. A 2016 study of DESC’s permanent supportive housing found it retains 90 percent of residents with a 44 percent reduction in hospital visits compared to people living on the street.

“Seattle has met a lot of the need over time,” said Malone. “But the need has grown a lot in recent years as the overall homelessness population has grown along with the tremendous rise in rent prices. We definitely have to scale it up just to have an ample enough supply to get all currently homeless people into permanently supportive housing.”

Malone is optimistic about the possibilities of Third Door’s work.

“There hasn’t been a plan in Seattle to identify what the scale of permanent supportive housing needs to be and all the elements needed to achieve that,” said Malone. “[Third Door’s plan] is going to make it clear to people that this is doable, even if it needs a lot of resources and we don’t know where they’ll come from yet. I think it’s an exciting effort here, really something we should have some hope for.”

Editor's note: This story is part of a citywide effort by local media organizations to focus on homelessness in Seattle. Check out all of the stories here and be sure to follow along using #SeaHomeless.