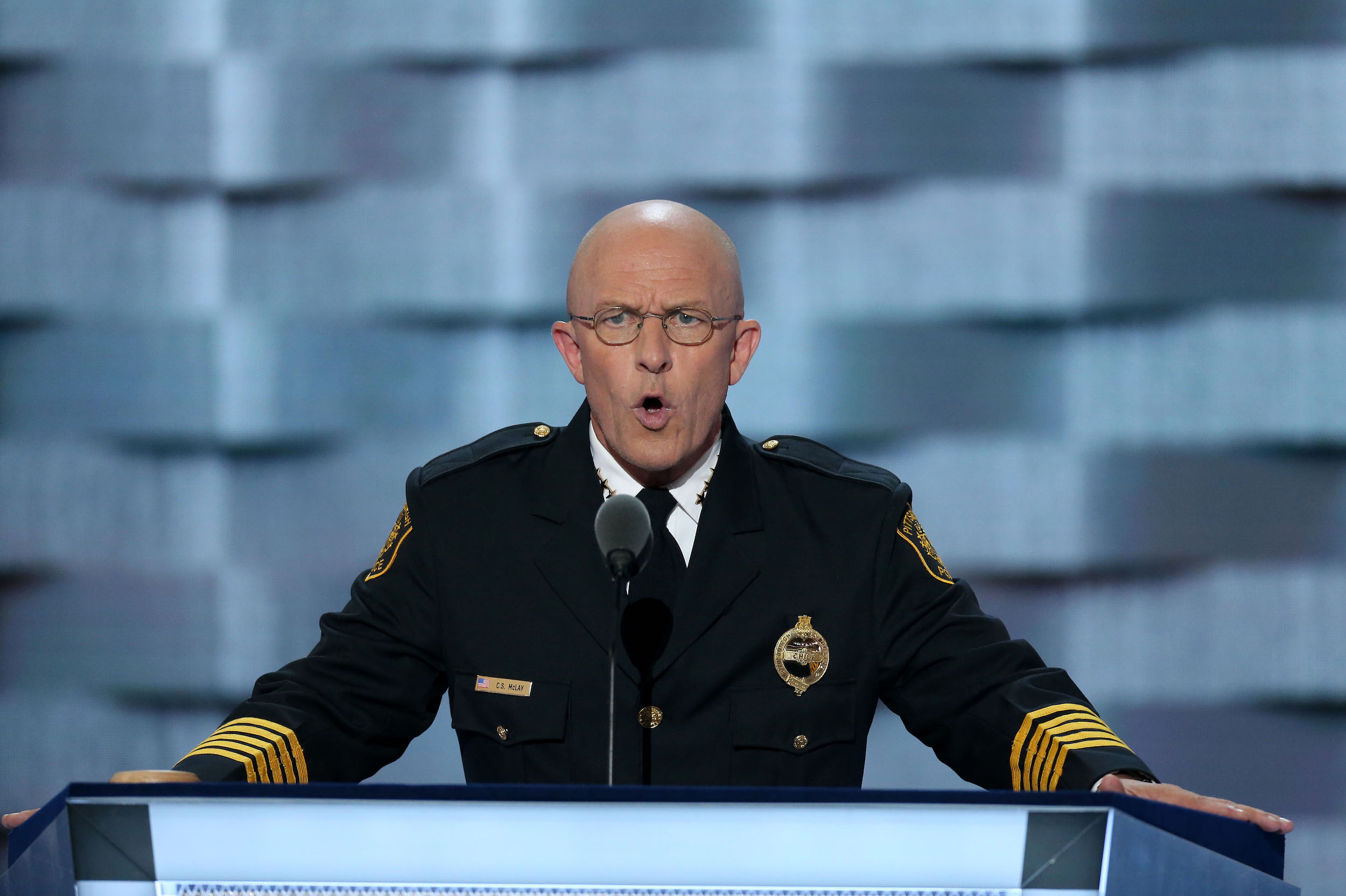 Before withdrawing his application to become Seattle’s next police chief, Cameron McLay had inspired serious doubts and vocal opposition within the Seattle Police Department, according to sources in the department. Over the course of the months-long selection process, the former Pittsburgh chief was being pegged as a union brawler by some employees, even as his star rose among some members of the mayor’s search committee.

Mayor Jenny Durkan has not said whether opposition to McLay had any bearing on a deal announced Saturday that moved him out of the running and into a support role, clearing the way for current interim chief Carmen Best to join the list of finalists.

Durkan has spoken highly of McLay's work, praising him over the weekend and on Monday. But the distaste for the candidate was not kept hidden from the mayor, who met with representatives of the rank-and-file union late last week. So as supporters of Best campaigned on behalf of the interim chief, who was initially excluded from the list of finalists, concurrent lobbying against McLay was also underway.

The process for finding a replacement for Kathleen O’Toole as Seattle police chief has been raucous. After a search committee of 25 selected five finalists, a separate group of mayoral-appointed advisors whittled the list to three — McLay, Eli Reyes and Eddie Frizzell — excluding Best in the process. The decision was met with uproar, both from community leaders and police union officials who supported her candidacy.

While the union was disappointed in Best’s initial elimination broadly, there was also a particular uneasiness about McLay. Days after the mayor announced her finalists, representatives from the rank-and-file Seattle Police Officers Guild made visits to each of the remaining candidates' home cities, according to Rich O'Neill, vice president of the union.

"With Austin and Minneapolis (homes to Reyes and Frizzell) they got some positives," O'Neill said of the visits. "They didn’t get any positives when they were talking to Pittsburgh and Madison," where McLay had worked.

McLay moved from Madison, Wisconsin to take over the Pittsburgh police department in 2014, after his predecessor Nate Harper was indicted for tax fraud and conspiracy crimes. At the same time, community members were protesting the department for perceived racial bias.

McLay’s tenure was brief — only two years — which his boosters point to as a side effect of his commitment to reform, including establishing an Office of Professional Standards and reducing lawsuits against officers. “That’s something that people who study leadership understand – the reformer doesn’t stay beloved very long,” Pittsburgh Mayor Bill Peduto said at the time of McLay’s resignation.

By the time he left, the Pittsburgh union had turned against him, casting a vote of no confidence against McLay. “His reputation precedes him,” said one SPD employee who is not authorized to speak to the media.

Additionally, before taking the job in Pittsburgh, McLay admitted to cheating on an exam as a young recruit. The admission did not sink his chances of getting the Pittsburgh job and he nevertheless came highly recommended. Still, SPD employees noticed.

“In law enforcement, being dishonest is a major strike against someone’s character,” said a second SPD employee. “It didn’t make sense to people in the department as he seemed to be a step back from what we have now in Chief Best.”

O'Neill met with Mayor Durkan last week, where he communicated his concerns about McLay. He told her, "This really needs to be looked into because you’re going to be asking the officers to get behind this guy."

Durkan, he said, told him she'd speak with the SPOG representatives who made the visit to Pittsburgh and Madison. But shortly after, she announced that McLay had withdrawn.

McLay’s new role is still unclear. Speaking Monday, Mayor Durkan said she had a handshake deal with him to find a position where he could use his “passion” for reform. Whether that’s in the department’s ranks, as a consultant or even as a member of the now-depleted independent monitoring team, is yet to be determined.

After more than five years under a federal consent decree to reform the department, a federal judge recently found the city had checked the necessary boxes on that agreement. But on Monday, the same judge let the parties know he would not hesitate to revoke that finding if the wheels fell off.

“He’s not going to be hesitant to take away our full and effective compliance,” said Mayor Durkan. “We have to push the envelope here in Seattle to make sure not just that we keep compliance but that we continue to evolve and improve as a police department and I think Chief McLay will be very good at helping us do that.”

Durkan also denied a report from the Seattle Times that Best is “likely” to get the permanent job.

The three finalists will be making various public appearances in Seattle this week before sitting down with Durkan for individual interviews. Durkan did not say when she would announce her nomination, which will be sent to the Seattle City Council for approval.