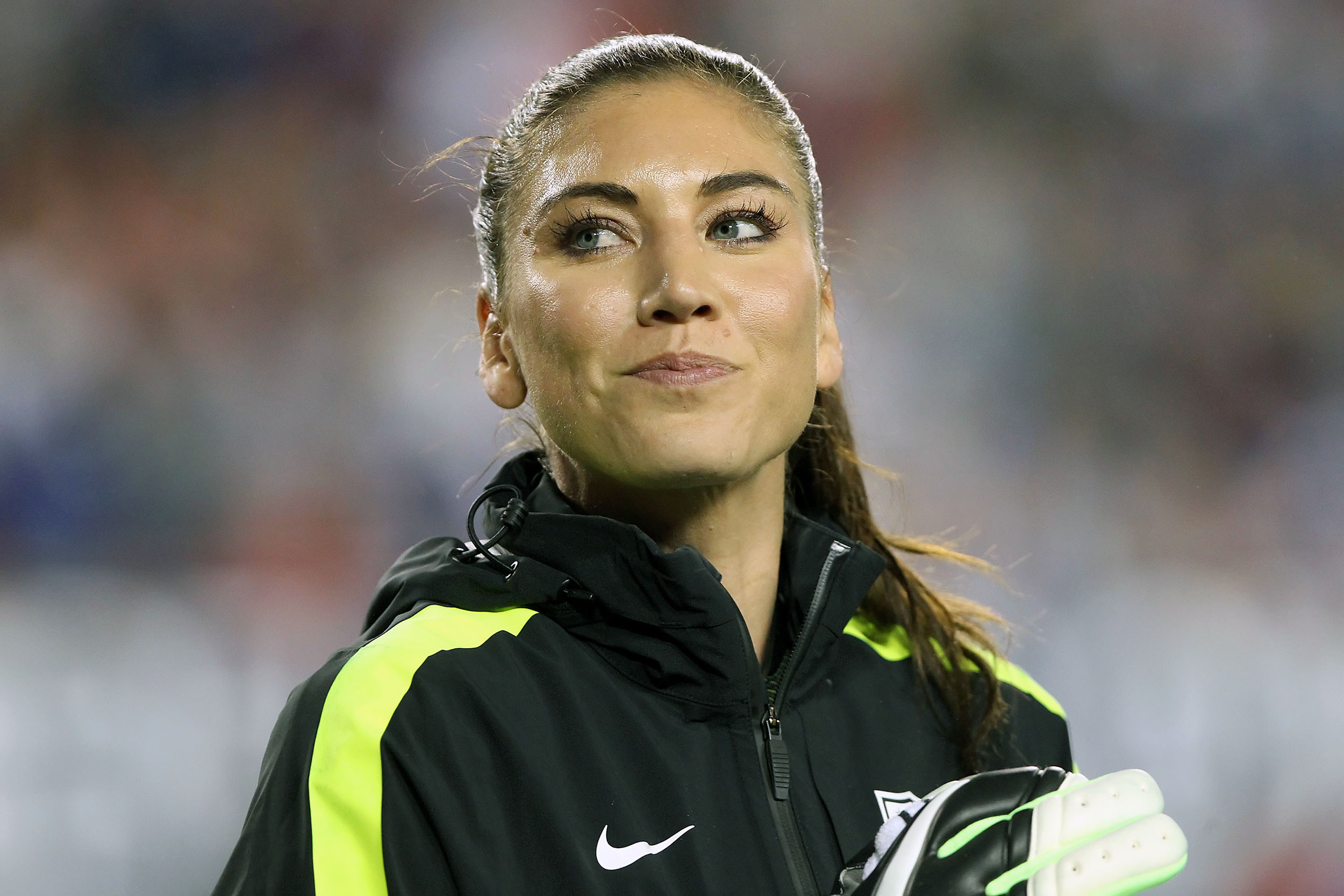 From the beginning, the famed soccer goalie had claimed the two misdemeanor charges stemming from a 2014 incident at her half sister’s home were exaggerated. “I always knew this day would come,” the Washington native said in a statement from the North Carolina residence she now shares with husband and ex-UW and Seahawks tight end Jerramy Stevens.

“I never imagined it would take nearly four years,” she continued. “Any sense of relief and gratification is matched by frustration and disbelief knowing the great lengths the City of Kirkland and all involved went to in order to further their own interests.”

Whatever their intended result, those great lengths did come up short. But any sense of vindication is far from definite. Exactly what happened on the night in question was never argued at a public trial. Meanwhile, Solo has indicated that she may take the media to task for reporting a story that has never been disproven.

“The harm caused to me, my family and my career has been immeasurable and I intend to explore any and all legal remedies to hold those with no regard for the truth, fully accountable,” she said in her statement. Solo didn’t respond to inquiries seeking additional comment.

The charges, which included allegations that the 5-foot 9-inch goalie assaulted her 6-foot, 9-inch teenage nephew, were originally thrown out by a Kirkland judge on a procedural error four years ago, but the city appealed. Prosecutors continued to file repeated appeals when the alleged victims — the nephew and Solo’s half-sister — continually refused to testify, until eventually giving up on the case.

“The city witnesses in this case have indicated a desire to move forward with their lives after the 2014 incident,” attorney Melissa Osmond, representing Kirkland, said in a close-out brief to the court, “and no longer wish to be involved in a criminal trial.” The events of that night are “unlikely to reoccur,” she added.

Argues Solo’s attorney Todd Maybrown, “The city’s witnesses [Obert and her son] never had any intention of testifying under oath, with the penalty of perjury attached. Their failure to show up to multiple court-ordered appearances is the very reason the trial judge correctly dismissed this case four years ago.”

Solo indicates she is still angry at the journalists who reported the story, relying on police spokespersons for most of their information. Following the prosecution’s latest move, she wrote on Facebook that she is considering legal action against those who might have gotten it wrong. Since the incident, which took place at the Kirkland home of half-sister Teresa Obert, “members of the media have published thousands of headlines about me, helping spread false allegations that have been extremely damaging to me, my family and my career.”

She hasn’t been specific about false claims and has instead stuck to a strategy of telling her version of that night in friendly, one-on-one settings. As she told ABC’s Robin Roberts in a 2014 “Good Morning America” interview following the initial dismissal of charges, “I was the victim of domestic violence at the hands of my 17-year-old nephew, who is six-foot-nine, 280 pounds. I was struck over the head and concussed pretty severely. It was a very scary night.”

Half-sister Obert told a different story in an interview with ESPN shortly after Solo’s chat with Roberts. “I felt like I had just been kicked in the head,” she said. “She should have been happy, but then, randomly, she goes on 'Good Morning America' and lies. I was very upset. It never had anything to do with [the nephew’s] size. She has tried to make him feel small his whole life. He's not aggressive. She’s a trained athlete. She’s strong.”

Police reports describe an inebriated and combative Solo that night, telling one officer the reason he was cuffing her was because he was afraid of her. “You’re such a bitch,” she reportedly told another cop. “You’re scared of me because you know that if the handcuffs were off, I’d kick your ass.”

The nephew claimed Solo called him a “pussy” and “fat pig,” then punched and tackled him. She allegedly attacked his mom, Obert, punching her when she tried to step in. According to the police report, the nephew clubbed Solo on the head with a wooden broomstick and tried to get her to leave by pointing a broken BB gun at her. She left the house, jumped a fence, re-entered, and attacked her half-sister again, police reported.

That incident occurred almost two years after a memorable fight involving fiancé Stevens at Solo’s $1.5 million Kirkland home a day before the two were wed in 2012. In that instance, according to police and court records, Solo’s brother Marcus, 35, made four calls to the Kirkland Police Department just after 3 a.m. He told a 911 operator of a “little fight in the house” that was apparently brought under control with the use of a stun gun. There was “definitely a physical altercation and an innocent bystander got hurt,” Marcus said, according to a 911 recording.

Police found a visitor lying on the floor with a hip injury. Marcus Solo had bloody knees, cuts, and the start of a shiner. Hope Solo had a bloody elbow. She and Marcus were intoxicated, officers claimed. Following an odor trail of marijuana, officers discovered Stevens in an upstairs bedroom. He said he slept through whatever happened.

Acknowledged by many to be the world’s No. 1 female goalie, Solo took a leave from her local team, Seattle Reign FC, midway through the 2016 season to join the U.S. Women’s National Team for the Rio Olympics. She was then terminated during the Games for saying that the Swedish team played like “a bunch of cowards.”

Late last year, Solo tossed her goalie gloves into the ring for the presidency of the federation that fired her, focusing her candidacy on concerns over unequal pay. During her campaign she told an audience that “In 2015, as the best goalkeeper in the world, I had to play 23 games, win a World Cup and win the Golden Glove, only to make $40,000 less than [men’s star] Tim Howard, who only had to play eight games and win nothing in his World Cup year.” She finished fifth in voting.