In her new show at ACT, the comedian tells all with the help of an alter ego. 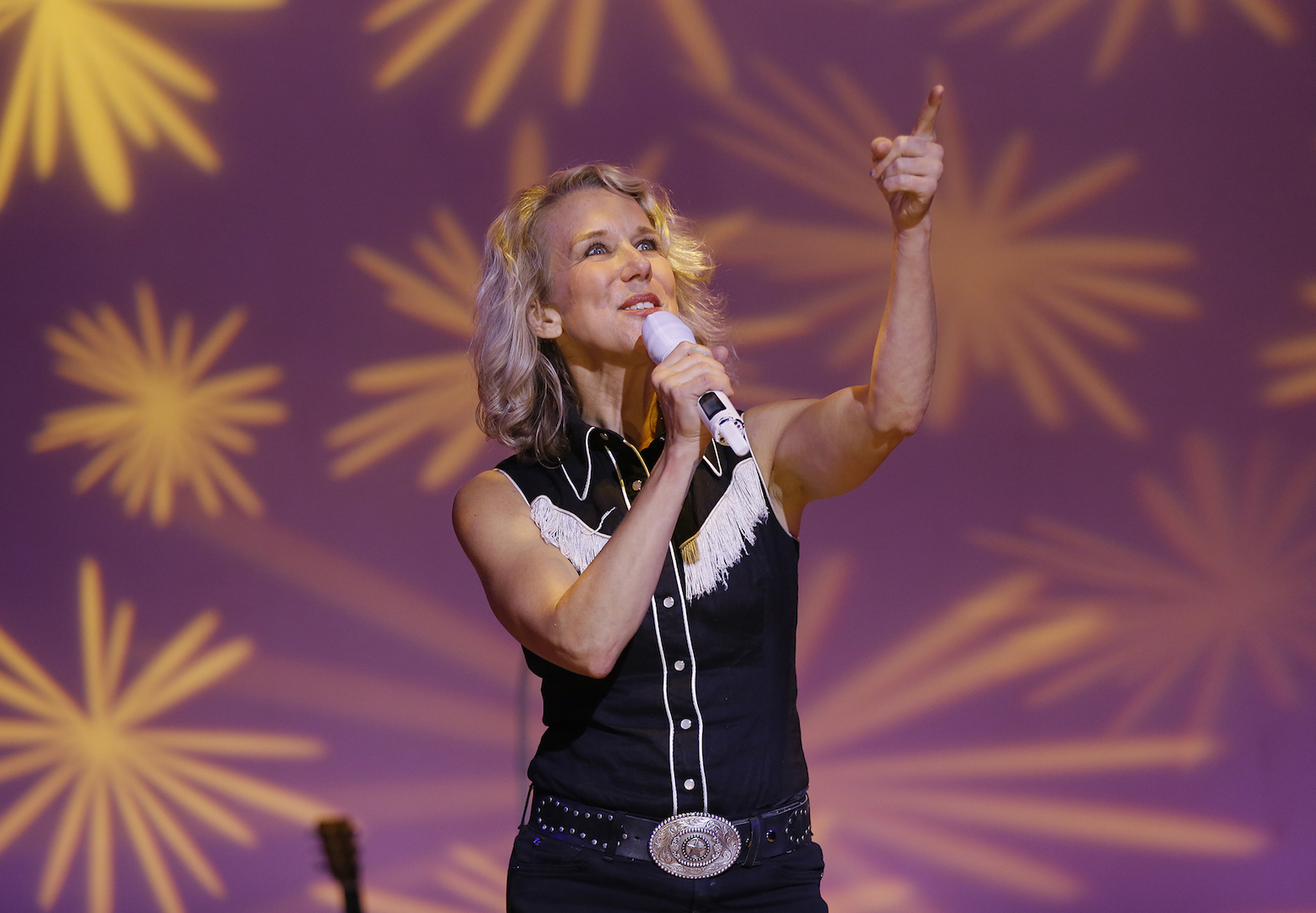 What do you do when your marriage falls apart for reasons both stereotypical and salacious? If you’re former Seattleite Lauren Weedman, you turn your devastating-but-true story into a theater piece — and stage it as a country western variety show hosted by your alter ego.

Known for comedic stints on a range of television shows, including Seattle’s Almost Live!, Jon Stewart’s The Daily Show and most recently, HBO’s Looking, Weedman has made a habit of writing hilariously self-deprecating solo shows (BUST, Wreckage, Homecoming, If Ornaments Had Lips) based on the gory details of her mistakes and misfortunes.

“I always write about my life,” Weedman says on the phone, during a brisk walk from her temporary digs in South Lake Union to ACT Theatre, where the show, Lauren Weedman Doesn’t Live Here Anymore, runs through Aug. 12. “This show is based on my life five years ago, when my marriage was falling apart.” The impetus for the piece (and for the dissolution of her marriage) was discovering her husband’s affair with their babysitter.

She’s accustomed to mining her life for cringe-worthy stories — she did so to critical acclaim in two collections of personal (extremely personal) essays, Miss Fortune: Fresh Perspectives on Having it All from Someone Who Is Not Okay (2016) and A Woman Trapped in a Woman’s Body (2007; which, full disclosure, I edited). Fans love her because she is fearless and funny in the face of humiliating truths, from petty jealousies to self-sabotaging instincts to bad sex.

For Weedman, this time it felt different. “I was so hurt. It was so painful,” she recalls. “I was embarrassed. I was worried about my son.” Since performing has always been her way of processing, she dove in. But she started out wearing elaborate water wings.

“I was thinking, ‘How do I keep doing what I do, as a single mother?’” Weedman says. In earlier iterations of the show (such as a work-in-progress performance at Capitol Hill’s Cloud Room in 2016), she says, “I was tiptoeing around the babysitter affair because of my kid. I did it as a cabaret — I put on costumes, brought in a band, I sang other people’s songs, used puppets,” she says. “I was using all these ways to push the story farther away from me.”

The Cloud Room show was raucous and laugh-out-loud funny, but Weedman is at her most skilled and insightful when sticking her face into the murky barrel of human drama and bobbing up with something gross in her hair and a shiny apple of wisdom in her teeth.

A book she stumbled upon at Powell’s in Portland helped her face the pain she was harboring and find a way through it: The Middle Passage: From Misery to Meaning in Midlife, by James Hollis. (“People tell me I talk about aging a lot,” says Weedman, who turns 50 next year, “But I can’t help it, I feel like it’s on me. I can’t get it off.) Based in the theories of Carl Jung, the book’s table of contents could serve as notes from any of her shows: “Changes in Identity,” “The Experience of Neurosis,” “Relationship Problems,” “Midlife Affairs,” “The Swamplands of the Soul.”

Weedman says Middle Passage gave her “a way of looking at everything falling apart as a passage, instead of an ending.” She felt so inspired, she initially billed the show as a “Jungian fever dream.” But then she realized that might just be cover for: “This show doesn’t have a story.” She says it was Seattle director Allison Narver who “helped me be brave enough to just tell the story.”

According to Jung, “Everyone carries a shadow, and the less it is embodied in the individual’s conscious life, the blacker and denser it is.” While Weedman’s shadow wears black and can be a little dense, it has the spotlight in the show, embodied as a whirling dervish of energy called Tammy Lisa. That’s the name Weedman’s birth parents gave her before she was adopted out of Appalachia and into the Midwest. Here, Tammy Lisa is the host of a country flavored variety show featuring guest appearances from Lucinda Williams, the house band, the babysitter in question and an actress named Lauren Weedman.

Weedman performs all the characters herself, with deft shifts in accents and body language. She sings a spurned lover song by Williams, and a couple she wrote herself. (Worrying about the “poser aspect,” she points to celebrities in L.A. who suddenly decide, “I’m a singer now!”) She tells stories, both as Tammy Lisa and as Lauren, stripping away the artifice until revealing her most secret of secrets.

It wouldn’t be Weedman if she wasn’t questioning herself at every turn. During the stressful rewriting process for the Seattle show, she had major moments of doubt. But she says she was steadied by a quiet young woman sitting in on the rehearsal process at ACT, who said, “If you do this show, other people who are having a hard time won’t feel so alone.” It helped her remember that the point of performing is human connection. “That’s how art works, right?” she says. “It starts out self-involved, and feels totally gross, and then it turns outward into something bigger.”

Now through August 12 at ACT Theatre (Tickets start at $27)