Will management face consequences after harassment allegations surface against execs? 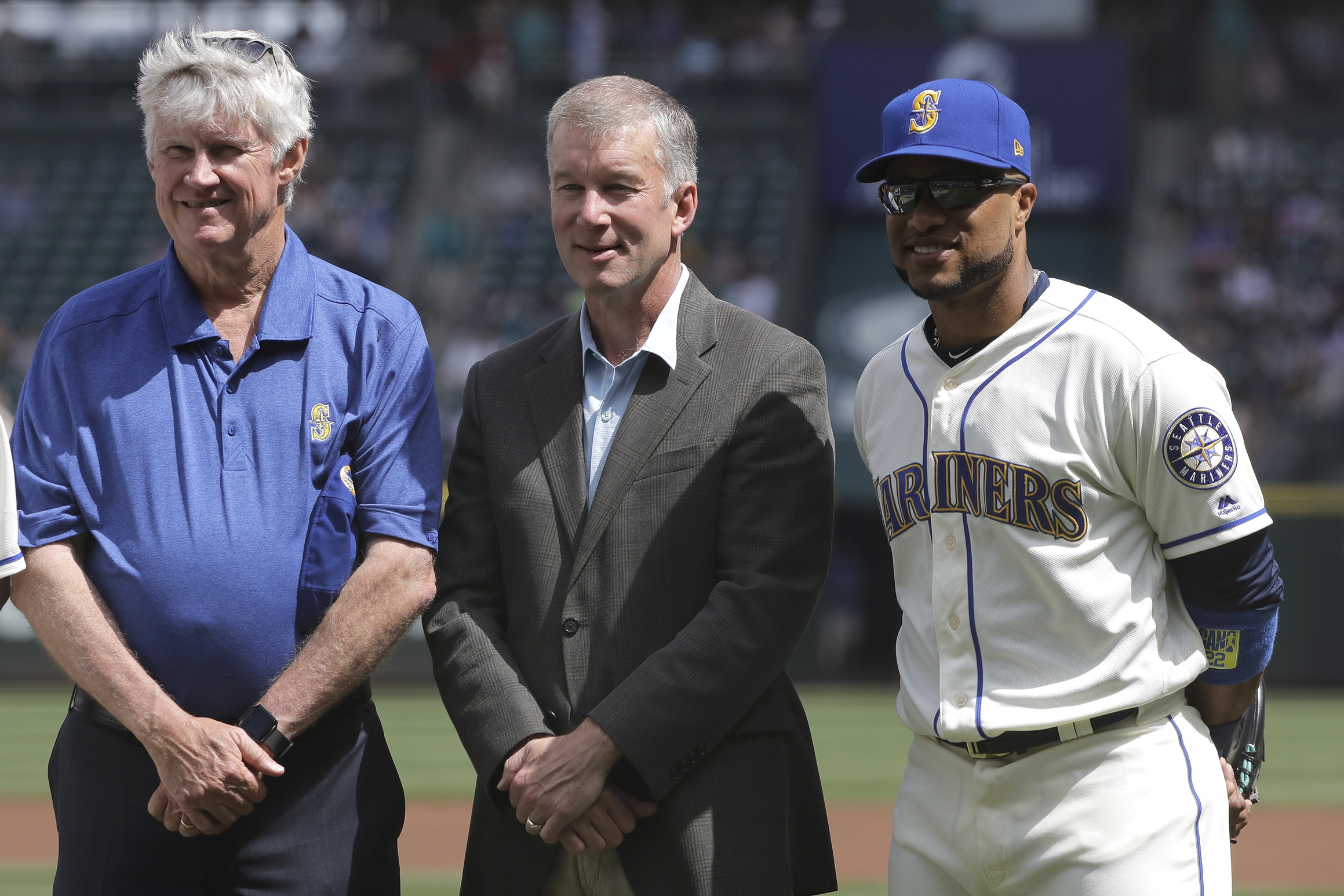 Since no advanced metrics are available to measure independently the level of sincerity in club president Kevin Mather's apology Wednesday for being a lout to some of the Seattle Mariners' female employees, many of us are left to pass judgment on his contrition, and move on. The victims of his sexual harassment, of course, don't get the option to move on.

They are stuck forever with his original words and deeds.

For that reason alone, it would have been good to read that he apologized directly to them, instead of generically to us, the public, who remain the target of his pursuit of forgiveness as well as the buyers of tickets and products.

Certainly, Mariners ownership forgave him, promoting Mather to president in 2014, then to CEO in 2017 despite the episodes in 2009-10 reported by Seattle Times on Wednesday after interviews with more than three dozen people who worked within or around the club.

After publication of the front-page story, which included similar harassment allegations against Mather's predecessor as president, Chuck Armstrong, as well as former executive vice president Bob Aylward, Mather issued a statement on club letterhead owning up to being a jerk:

Almost ten years ago, I had to confront some unpleasant realities about myself. Throughout my career, I've tried to treat people with respect and professionalism. As I was coming up through the ranks, I thought I needed to be a hard-driving manager, but I came to realize that I sometimes came across as intimidating or even mean. I also participated in banter and was at times overly familiar, in ways that I came to realize were inappropriate in the workplace.

At the time, I didn't recognize how my actions were affecting the people around me. I am truly sorry for the people I hurt and how I came across.

It was a humbling experience, and I’ve tried to learn from my mistakes. I take full responsibility for my actions, and I was grateful for the opportunity to change my behavior and the management training I received. I’ve worked to become a better co-worker, a better leader, and a better person.

He did not dispute the claims, which resulted in settlements of more than $500,000 to two victims, an anonymous source told the Times. Mariners managing partner John Stanton also said in a statement that the club "made amends" to the two women after investigating the claims.

The statements from Mather and Stanton defended the club's subsequent corrections and new policies, saying provision of a safe and welcoming environment for all employees was a priority, and committed "to continuous improvement in every aspect of our culture to ensure fairness, dignity and respect for all."

That's all well and good. But the misbehavior of three senior executives that generated the complaints suggests that male privilege had been well-baked into the club culture. The promotion of Mather is the kind of reward that has fueled the rage of the #MeToo movement nationally.

Pro sports, particularly the front offices of many teams, is a bastion of white maleness. The NFL was rocked in December by accusations of abuse from female employees against one of its most venerable owners, Jerry Richardson of the Carolina Panthers.  The claims were sufficient to force him out, but the "punishment" included a $2.2 billion price he received when he sold the club in May.

Louise Fitzgerald, emeritus professor of gender and women’s studies at the University of Illinois and an expert on sexual harassment, told Time magazine in December that the big-time sports culture is particularly vulnerable.

“The more men relative to female employees, the more harassment there tends to be,” she said. “Sports is one of the most masculinized industries in the country.”

Since settlements were paid and no charges were filed on episodes in the Mariners front office nearly a decade ago, there is no trial for the executives except in the court of public opinion.

Bad timing for that.

The outing in the Times has put management on the public defensive at a time when the ballclub has a decent chance to make the playoffs seemingly for the first time since Ice Age glaciers gouged out Puget Sound. The franchise is also looking at a potentially ugly political fight over a plan to obtain $180 million in hotel-motel taxes in King County to maintain and upgrade Safeco Field's retractable roof.

The owners think the stadium lease makes the public liable for the funding. But some King County politicians think otherwise, believing the homeless crisis might be a better use of tax money.

The county council has booked the first public hearing on the matter Monday. Mather seemingly would be the one to represent the club's position.  The guess here is that in liberal Seattle, a written statement of  "truly sorry" about his contribution to the national wound of workplace sexual harassment isn't going to cut it.

Give him credit for not denying his deeds in a statement. But his victims and their sisterhood would be better served by a personal, public accounting, particularly when he's asking for public funding. The door is no longer closed to the backroom boys club.