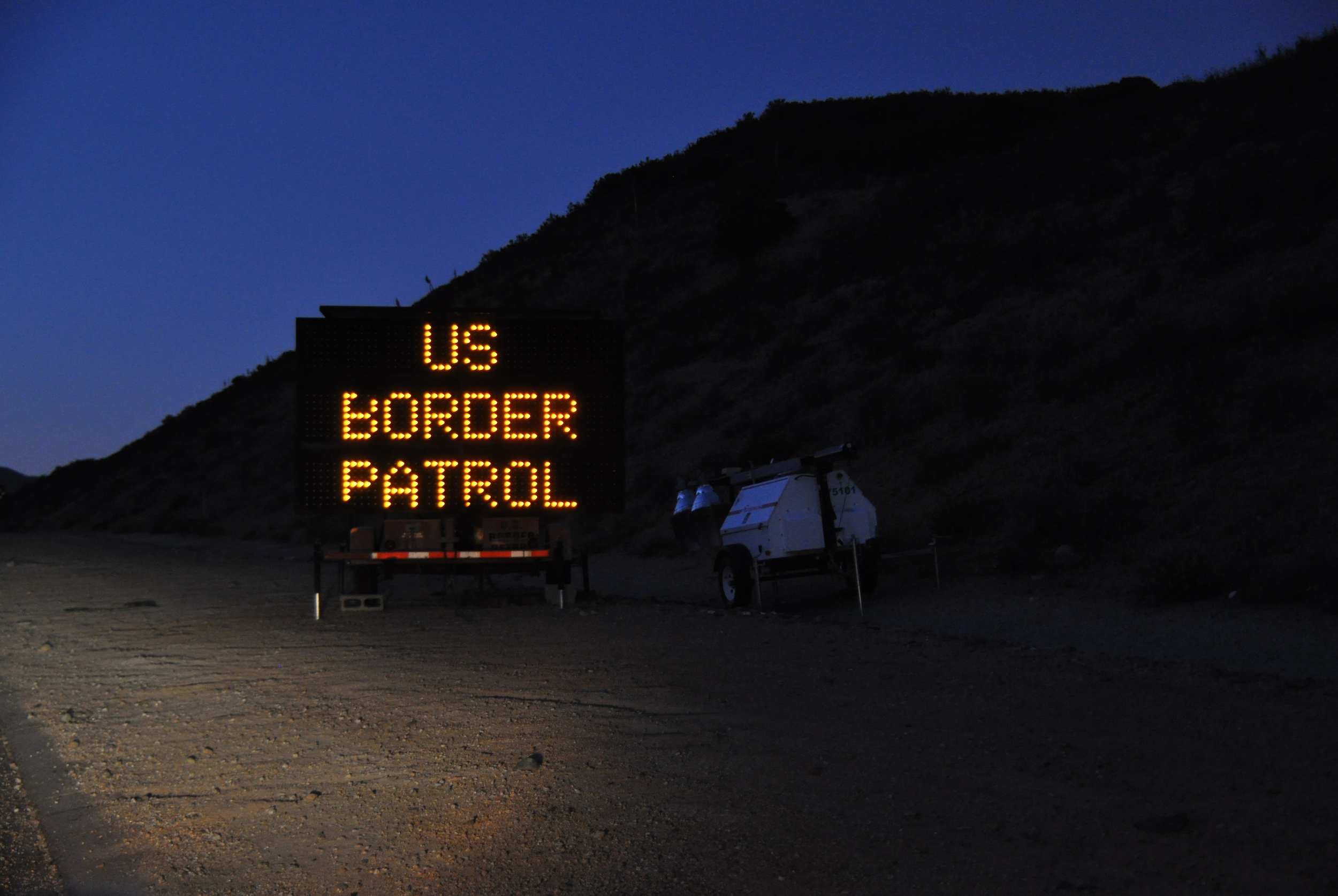 Sign for a highway checkpoint by the US border patrol in the state of California. (Jonathan McIntosh/Flickr)

A statewide Latino advocacy organization is calling for the termination of the Pasco Police Department chief after he authorized the U.S. Border Patrol to teach Spanish to his officers.

Last week, the Latino Civic Alliance sent a letter to Pasco Mayor Matt Watkins protesting the move and calling for the termination of police chief Bob Metzger, who has led the force in the Eastern Washington city since 2011. Both the mayor and the police chief say that a firing is not in the cards. They claim that the Alliance, which is based 80 miles west of Pasco, in Yakima, is out of touch with their community and the particulars of their decision.

The letter, signed by chairwoman of the Latino Civic Alliance’s board, Nina Martinez, and the alliance’s vice chairman for eastern Washington, Gabriel Munoz, states that “(a)lthough Pasco police officers benefit from learning the language of the majority of people they protect and serve, Chief Metzger could have used a resource that is less intimidating to the community. There are several professional interpreter companies in the Tri-Cities areas and state who offer suitable services.”

Munoz said in an interview with Crosscut that he is not aware of any other Washington state police department that is using Border Patrol staff to teach Spanish to its officers.

“The problem is that they have no need for the Border Patrol. … It is not a Spanish translation agency,” Munoz said.

Munoz claimed the Pasco police are using the Border Patrol as Spanish teachers in an effort to intimidate Latino residents. “It’s power. It’s a power move,” he said.

Metzger said that the program was intended to promote communication between his department and the city of 71,000, which is about 55 percent Hispanic, according to various Census figures. He said his goal is to have at least one bilingual officer on each patrol.

Of the 79 officers currently on Pasco’s force, 25 have proficient Spanish-speaking skills, he said. The weeklong program, which included 40 hours of training in “survival Spanish,” was attended by 21 Pasco police officers and three Franklin County sheriff’s deputies.

Metzger said the Pasco police searched for a good survival Spanish course for police officers for three years and that the free Border Patrol program — which has been used by about 30 police departments nationwide — was the best he could find.

The week-long program did not address any Border Patrol enforcement issues, Metzger said, but instead tackled Spanish that would be used “in a police context,” such as a traffic stop. He said the scope of the program and the in-depth week-long immersion it requires could not be matched by individual Spanish language interpreters.

The training, which took place during the first week of June, was well-publicized through the local media, and Univision, said Metzger and Watkins. They said the program did not receive criticism from Pasco’s Hispanic community.

Both voiced frustration that Martinez, who lives in Western Washington, would assume authority in speaking for the feelings of Pasco residents.

Metzger added that while the Latino Civic Alliance declared local interpreters should have been used as instructors, it did not recommend any specific translation services for the police department to consider.

Metzger did not appear worried about being fired for this issue, saying that it is up to the Pasco City Council. “I didn’t do anything illegal and immoral,” he said.

The city council discussed the letter at a council meeting in late June, and decided not to take any action on it, Watkins said. He noted that following a recent switch to district elections, the council is now more representative of its Latino participation.

Munoz said the Alliance will have people at the next Pasco City Council meeting, which is scheduled for Monday, July 9.

The controversy comes at a moment of heightened tension around immigration, both on the national front and in Franklin County, of which Pasco is the county seat.

On June 27, Immigration and Customs Enforcement arrested an undetermined number of people in Basin City, an unincorporated hamlet of about 1,100 in northern Franklin County.

According to the Tri-City Herald, the arrests were for illegal entry into the United States. ICE would not release the number of arrests although the Herald confirmed at least two.

The sheriff has said that his deputies did not participate in the arrests.