In Seattle, restaurants have to serve Sarah Huckabee Sanders. Let’s fix that 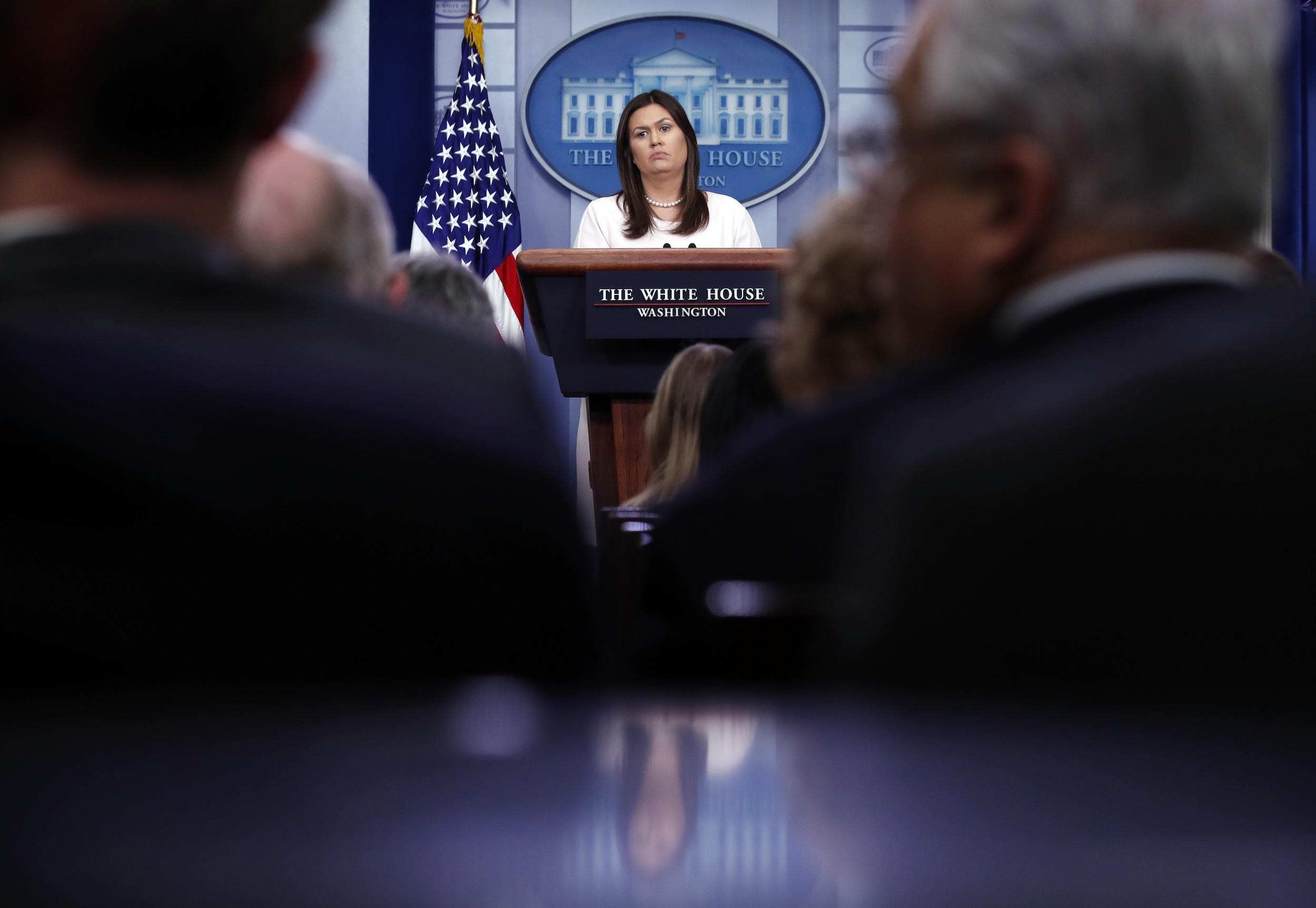 In the week and a half since Sarah Huckabee Sanders was refused service while dining in Virginia, pundits have debated the propriety of that act in tedious detail.

It’s a subject that won’t go away. Even in Vancouver, B.C. a restaurant manager was fired the past weekend for refusing to serve a Trump supporter wearing a MAGA hat. In both cases, the restaurant’s decisions and the resulting reactions reflect a growing gulf between political factions that increasingly see themselves as belonging to separate societies.

But, even amidst the labored dispute about whether the Virginia restaurant should have rebuked Sanders, there is little doubt that the staff had the right to do so. Unfortunately, that same right is not protected in Seattle.

Here, city law prohibits discriminating against people because of their politics, but shouldn’t. People here should be able to throw out Sanders, too, if they wish.

Traditionally, civil rights laws are designed to protect people from being discriminated against for something that they cannot change. The color of a person’s skin or sex at birth, for instance, is merely a matter of chance, and do not define their worth. It is right and just that people should not be disadvantaged by them in society.

On the other hand, political beliefs are an expression of the content of one’s character. They are chosen.

By forbidding discrimination against political beliefs, Seattle’s law goes well beyond the proper domain of government regulation into an area that is better sorted out by people themselves.

Nick Licata, a council member at the time the Seattle law passed, has said before that his concern at the time was primarily countering housing inequalities, particularly those that affected people who rely on Section 8 support.

No matter how well intentioned the protections were when written, Seattle’s law privileges tranquility above justice by artificially sheltering behavior from social consequences. This should not be. Though the negative peace marked by an absence of tension may be comfortable to power, it rarely serves the dispossessed, whose poverty should not be mistaken for meekness. This point has been made before, far better than I could hope to, so let it simply be said that a government which prefers quiet to discomfort also elevates injustice above justice.

The absurdity of Seattle’s law is that it doesn't even reflect the city’s preference. Three years ago, former Mayor Ed Murray signed an order prohibiting city employees from traveling to North Carolina because of that state’s ban on local LGBTQ anti-discrimination measures. To wide acclaim, he drew a line between acceptable and unacceptable political beliefs. To do so is a natural function of democracy. But, by doing so, Mayor Murray violated the spirit of Seattle’s own anti-discrimination ordinance. He said at the time that "it is my hope for our nation that we do not allow issues of discrimination to divide us," while himself discriminating in a way that is forbidden to city business owners.

The contradictory consequence of Seattle’s law can also be seen in the case of the Fremont gym that banned the white-supremacist Greg Johnson from its premises. Had Johnson pursued the issue, the gym could have been fined for standing in opposition to the racism, ableism and sexism that civil rights laws are meant to oppose. A person’s political beliefs simply do not exist on the same level as intrinsic characteristics like race, and should not be protected the same. The Seattle law does so and is a foolish attempt to paper over important divisions in the spirit of thoughtless comity.

There are some issues which will divide us and which should not be surrendered as if they are inconsequential differences of opinion. Underlying our society is the unalienable truth that all people are entitled to basic dignity. That truth has never been perfectly realized, but while the broad swath of American society remains committed to its incremental improvement, recent years have seen a resurgence of malcontents who stand entirely opposed to its realization.

When white supremacists chant about blood and soil along a torch-lit parade route, civility does not demand that we prostrate ourselves in misguided attempts to see the world from their point of view. If Jimmy Marr and his maladjusted crew of racists ever sought to refill their gas tank or eat a meal in Seattle after hanging their hate-filled banners above I-5, the business owner who denies them service should not have to risk government censure to do so.

Transforming democracy from thin paper to thick action is not for the fainthearted. Because the people rule, so too must the people speak. Although our politics are often grating and acerbic, it is better that they should be contested rather than decided by dictate. Those who wish can hold their own counsel and live private lives. But, any who enter the public arena must be prepared to be met by the public. This was the lesson offered to Sarah Huckabee Sanders when she was reproached while dining. And Seattle business owners should be as free as those in Virginia to tell her to leave.

Of course, some methods of rebuke are better and more effective than others. Ostracism without restraint can pick apart the social fabric that extremists seek to damage. Consensus about the proper boundaries for social shunning is difficult to reach, and it is made all the more difficult by the fever pitch that our politics have reached.

Regardless, the conversation that this nation needs to have is not improved by government intervention. The Seattle City Council should amend its laws to remove political ideology as a protected class. Let us figure it out between ourselves.