What the Seattle Art Fair has for you 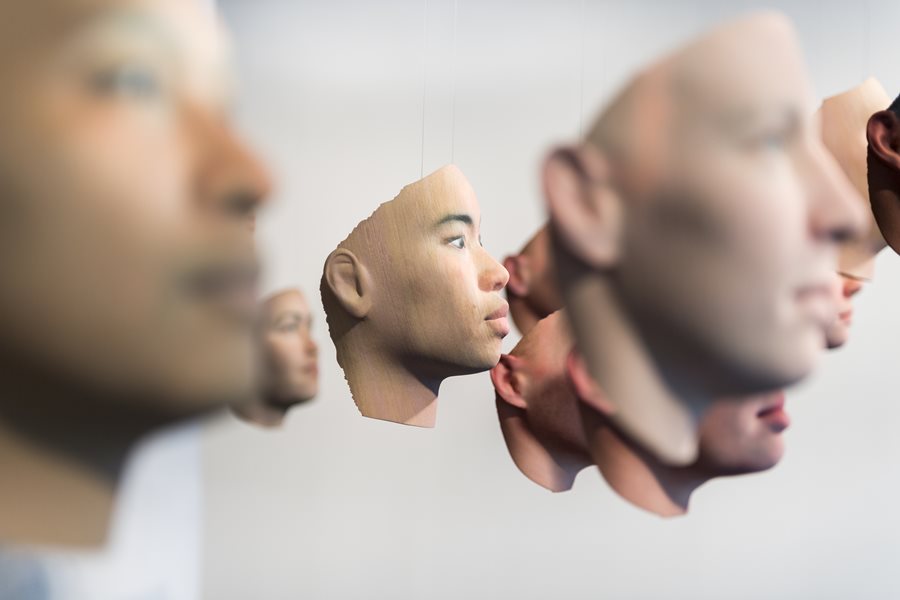 Seattle Art Fair artistic director Nato Thompson, in his first year on the job, has lined up quite an eclectic array of talks and events for fairgoers this year.

More than 100 galleries from 34 cities in ten countries will take part in the Fair this year; Thompson’s job is to create atmosphere. His varied menu of panel discussions, video installations and artistic flights of fancy should lend a note of carnival festivity to the four-day event that begins Aug. 2.

Thompson is a compact, animated figure with a frank manner and a ready laugh. He grew up in Springfield, Oregon (“I love the Pacific Northwest”) and is now based in Philadelphia. He has a background in public art and for ten years was artistic director of New York’s Creative Time,  the outfit that presented Kara Walker’s huge sugar-coated sphinx-like sculpture, “A Subtlety, or the Marvelous Sugar Baby,” in Brooklyn’s abandoned Domino Sugar Factory.

Thompson recently became artistic director of Philadelphia Contemporary, a non-collecting museum that, he says, will be “multi-disciplinary, locally sensitive and internationally programmed.” He’s also a busy author and editor. His latest book, “Culture as Weapon: The Art of Influence in Everyday Life,” is as provocative as its title suggests.

Thompson was in Seattle in June to talk about his programming for the Seattle Art Fair and to share his thoughts on art fairs in general. Here’s a condensed version of our chat:

Who is the Seattle Art Fair for? Is it for artists? For gallerists? For collectors? Or is it just for the curious, moneyless public?

All the above, ideally. I mean, I know that’s the interest of the Fair. I’m cognizant of how events like an art fair can help a city. It’s not just to develop collectors — but that’s also important. There’s money in the city; it wouldn’t hurt for some of that money to get into the hands of young struggling artists and galleries. We know it’s a fragile economy. But I also think it’s important that everyday people have fun and see stuff that’s interesting. And I really intentionally curated it to be something that people enjoy and get. I come from public art and I always thought: It’s real simple. I like art that a public likes.

Do you have to take anything commercial into account?

Well, we do try to feature some of the galleries that are in the Fair. So that’s something. Ultimately, it’s a commercial enterprise, so I’m not naïve to that. But I think more people going to art, buying art, is good for artists.

In my talks with Seattle gallerists, they see art shows as a way to get foot traffic that they’re not getting in their own galleries. What’s your take on that?

In general, a lot of galleries make their money at art fairs these days. Maybe we’re more of an “event culture” in general.

You know, it’s a complex world. Some people, I would imagine, love to buy art in the privacy of a gallery with no one around. That said, the numbers attest to many other people for the art-fair model. And it’s also important to recognize that it’s not a uniform space. What I mean by that is: Yes, there are some places, galleries, that make hand-over-fist money. But there is also the equivalent of ma-and-pa galleries out there that are showing local artists and are not elitist and are just struggling like every one of us. So it’s important for readers to understand that it’s not just this world of rich people that are pretentious. There’s also just regular folks who believe in the arts that you should go and support.

Are art fairs a way to highlight the different personalities of different art scenes in different cities? Is the purpose of an art fair just to share news from one scene to another?

Yes, definitely. That makes a more interesting fair in general. And it’s not just differences in the U.S. It’s a global art market. If you go to Thailand, the art they’re interested in is very different from the stuff in New York. And, you know, that’s really healthy. There’s lots of different scenes all over the place. It can make your head spin.

Do you have any sense of how the art scene in Seattle compares to, say, Philadelphia?

I feel like there’s a lot of similarities. The difference is Philadelphia’s very close to New York City. And that’s good and bad. In Philly you hear a lot of grousing about New York, as you can well imagine. Whereas Seattle is pretty far from a lot of places. Here, I think, artists have to commit to Seattle — and if they leave, they really have to go a ways away. So you probably, like many places, get a little bit of a talent drain of people who are just looking for money and they’re not getting it here. We get that in Philadelphia. I guess in Philly they go an hour and a half away, and in Seattle they must go five hours away — by plane!

Do you bring a particular agenda to your programming for the Seattle Art Fair?

I want it to be complex and thoughtful, but also easily accessible, so there’s a lot of fun stuff in the show. You don’t need to know about art to enjoy it. And I think that’s important. And I don’t mean that just for Seattle. It’s kind of how I operate in general. It’s my style.

What things can an art fair can do for a city?

It can support the local arts economy, in terms of galleries. It can raise the visibility of a city. It’s kind of like a large-scale cultural catalyst operating. Also,  we all know with a lot of cultural things, longevity of a thing like that has effects over time that you may not recognize within one year or two. But in five years, ten years, it will have profound effects.

Let’s dive into the particulars of your programming. You’re bringing Survival Research Laboratories to town. On their website they boast of offering the public “Dangerous and Disturbing Mechanical Presentations Since 1979.” Does that mean we’ll see their battling robot monsters?

Yes. I don’t know how many. But, yes, they’re bringing back the battling monsters.

And where’s that going to be?

We’ll have some sort of cordoned off performance space to enact their destructive machinations. I lived in San Francisco, actually in Oakland, in the early 1990s. And they are, to me, the epitome of industrial-culture counterculture circa that period. I mean, this is like greasy, grimy, metal, scrappy battling — so analog! It’s just so different from the image of tech in the 21st century.

What else have you got on the roster?

We’ve got a project by this artist Trevor Paglen, which is called “Orbital Reflector.” It is a prototype for a satellite that we’ll be launching into space, not too long from now, with the Nevada Art Museum. And it is a non-functioning satellite. Trevor met with a lot of satellite engineers about what kind of satellite would they make that had no use. So it will be a reflective mylar screen that you can see from Earth, that will bounce back light toward the Earth. We’ve got two indigenous artists, Charlene Vickers and Maria Hupfield who are doing a series of projects with these elongated tubes that might look like bullhorns or telescopes. It’s almost like prosthetics of the senses. But they’re harkening to Anishinaabe traditions among women. We’re working with an artist called Heather Dewey Hagborg on a project called “Probably Chelsea,” which are these various masks of algorithmically produced possibilities of what Chelsea Manning’s face would look like, the idea being that a DNA strand actually can be interpreted in a myriad of ways. It talks about spy culture, genetic determinism. And it’s these creepy Chelsea Manning faces all over the place.

Does that mean she obtained a DNA strand from Chelsea Manning?

Yes, it was actually a partnership with Chelsea. We tried to get Chelsea to come, but Chelsea’s very — she’s kind of on a whirlwind speaking tour. We’ve got a project with C. Davida Ingram, who’s looking into the WTO battles here in 1999, and reflecting on that through voices of women of color. Then Wayne White, an artist, is producing these large-scale puppets of the Boren sisters: Seattle’s own pioneer women. The Denny brothers get a lot of credit, but there are these unsung, very important women that were here. So, he’s producing an homage to them.

To your mind what makes a successful art fair?

Where the local art scene is happy. Where it introduces art to new people. Where more collectors are formed. Where the gallerists get some money and the collectors find great art.

Last question. What’s the scoop on your name?

N-A-T-O. Short for Nathan. I changed it when I was four.