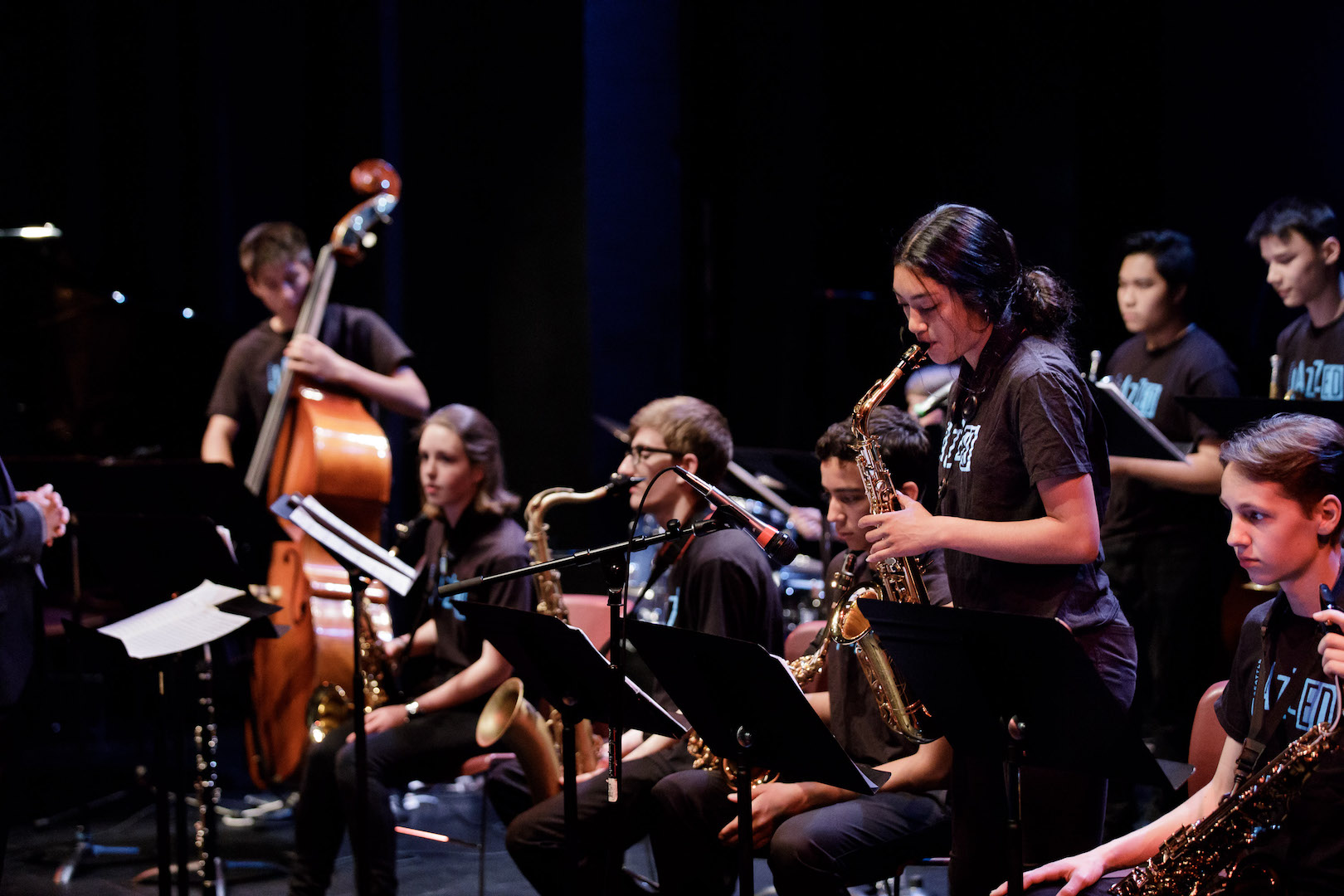 The intersection of Seattle’s rapid growth and its impact on performance spaces has been front and center in recent weeks as musicians and residents alike have rallied the city to stop a developer from tearing down the Showbox. Meanwhile, a new project in the Rainier Valley is illustrating the ways new housing and the arts can sometimes work in tandem.

On Tuesday, nonprofits Seattle JazzED and Capitol Hill Housing announced their purchase of a $2.4 million parcel of land just west of Rainier Avenue and a few blocks south of Interstate 90. Formerly the site of the Imperial Lanes bowling alley, the new development will host a JazzED youth performance venue along with classrooms and rehearsal spaces on the ground floor; some 100 subsidized affordable Capitol Hill housing units will occupy the building’s five stories above.

There are several community performance spaces in Southeast Seattle, such as the Rainier Arts Center and the Royal Room, as well as auditoriums at both Franklin and Rainier Beach High Schools. But Seattle JazzED’s executive director Laurie de Koch said there’s still a big need to be met.

“New community performance space hasn’t been constructed in the Rainier Valley in some years,” said de Koch. “Investment in the arts, particularly in this part of the city, is important. Arts have the potential to be the social conscience of our society.”

Seattle JazzED and Capitol Hill Housing purchased the land with a low-interest loan from Enterprise Community Partners. It’s now on each nonprofit to find the funds necessary to build. Seattle JazzED is launching a capital fundraising campaign to raise the $10 million it estimates will be needed for its portion of the project. Capitol Hill Housing did not provide an estimate for its construction costs.

The nonprofits anticipate the music school and the housing units will be open by the middle of 2021. Each nonprofit will own and operate its portion of the development, though they have visions of partnerships between the tenants and the music school.

Michael Seiwerath, Capitol Hill Housing vice president of advancement, said the development will likely have about 100 units that serve people earning 60 percent or less of area median income (currently $57,600 or less for a family of four). The exact number of units and income requirements for tenants will be shaped by the funding that is received.

“Accessing affordable housing, transit and arts in this location makes sense,” Seiwerath said. “To really address the affordability crisis, we’re going to need more partnerships like this where we have affordable apartments alongside arts, culture or education spaces.”

This project is not the first time Capitol Hill Housing has partnered with an arts organization to fill the ground floor space of one of its developments. Its 12th Ave Arts building in Capitol Hill is home to Black Box Operations, which runs two theaters on the ground floor.

Other Seattle affordable housing developers have done similar work partnering with community organizations. Beacon Hill’s El Centro de la Raza has 110 units of affordable housing and is host to a number of educational, social justice and service organizations. In Hillman City, the Filipino Community Center is developing a 94-unit building for low-income seniors that will also serve as the site for a youth education space focused on STEM and computer science.

As Seattle gets more expensive, such partnerships allow community-minded nonprofits to stretch their funds.

“It’s becoming increasingly common,” explained Seiwerath. “For one, a lot of the opportunities are in areas that require mixed-use residential and commercial. The cost is certainly a factor, too. The partnerships make sense.”

For Seattle JazzED, the partnership with Capitol Hill Housing provides financial footing in a changing Seattle. “We feared that with the rising costs we would be at risk of being priced out of our city if we couldn’t land a permanent facility,” said de Koch. “It’s scary to take a big step into being landowners, but it really creates stability.”

Founded in 2010, Seattle JazzED serves students in grades 4 through 12 from around the region with jazz ensembles, workshops and summer camps. Participation has grown to 900 students a year, a number de Koch said is filling its current space at the MLK F.A.M.E. Community Center in Madison Valley to its limit.

A new home will allow Seattle JazzED to serve an additional 2,000 students each year.

JazzED wasn’t keen on leaving the MLK Community Center, which kept the rent affordable, said de Koch. But the nonprofit was approached by Lake Washington Girls Middle School and Giddens Elementary School. The two private schools were working to purchase the Imperial Lanes site as a way to share costs on their planned expansion. But they didn't need the entire city block for their development and offered one-third of the parcel to Seattle JazzED.

The $2.4 million piece of land was out of reach for the small nonprofit. But since the property has mixed-use zoning that allows for residential and commercial development, Seattle JazzED started looking for a nonprofit affordable housing developer it could partner with to split the cost. Capitol Hill Housing was quick to jump on board.

“We’re committed to creating opportunities for our youth,” said de Koch. “Many of the families we serve are impacted by affordability in the city, so when the partnership came up we really leapt at the concept. We’re trying to be part of the solution in the city.”

Part of that solution, de Koch imagines, is that the affordable housing could serve educators, professional musicians or students that work with the organization. She also believes in the power of the arts.

“In Seattle, the arts have always led the way on issues of equity and have given people a voice,” said de Koch. “South Seattle particularly needs a voice right now as things change so fast in the city.”

Correction: The land deal was $2.4 million and not $2.3 million as initially reported.