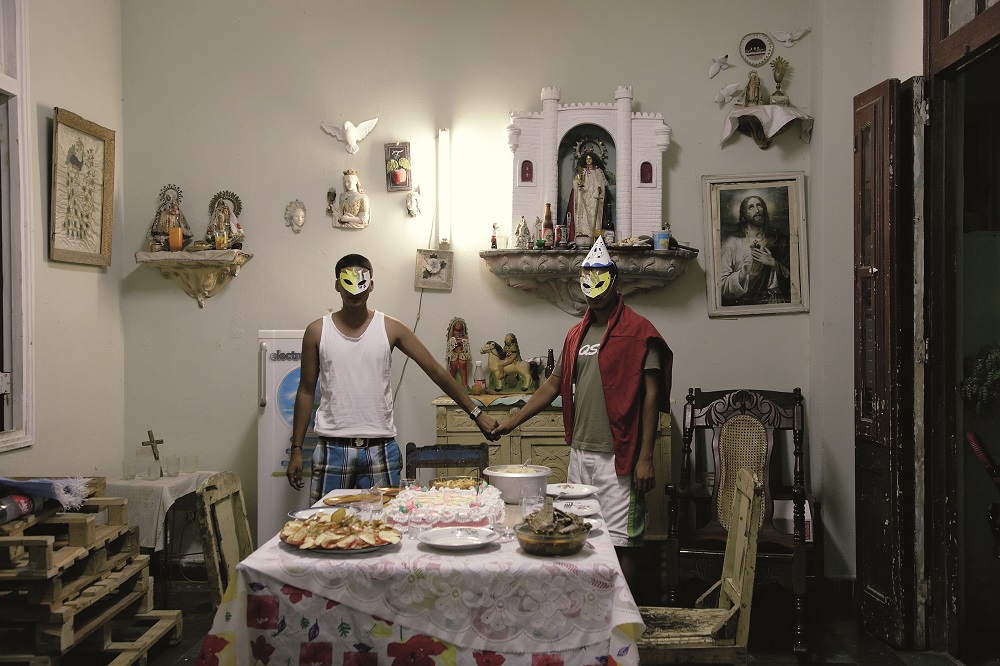 Cecil Beaton (1904-1980) was a self-described “rabid aesthete” who packed more careers into a single lifetime than seems humanly feasible. As a photographer for Vogue, he created some of the most glamorous shots of Hollywood icons (Marlene Dietrich, Katharine Hepburn, Gary Cooper) ever made. He was a celebrated diarist — and had oodles to write about. During World War II, with camera in hand, he become an unlikely chronicler of life among the troops, not just in his native Britain but in Burma, China and Egypt. He was also a costume and production designer whose film credits included Gigi and My Fair Lady. In his youth, he was an enthusiastic crossdresser and social climber whose father, a timber merchant, didn’t know what to make of him. He was also “a terrible, terrible homosexualist” (his words) whose lovers, perplexingly, included Greta Garbo. Lisa Immordino Vreeland’s terrific documentary, Love, Cecil, touches on all aspects of his private life and career by way of vintage interviews, home movies, stage-production stills, one astonishing photographic portrait after another, and dazzling excerpts from the films he worked on. (Note to self: Re-watch the racetrack scene in My Fair Lady immediately.) If Beaton is just a name to you, this film will flesh him out in all his contradictions, frustrations and artistic wizardry. —M.U.

One of the best films of the 2018 Seattle International Film Festival is now playing at the Landmark Crest Cinema Center (the budget movie theater in Shoreline). Directed by Debra Granik — who wowed audiences with Winter’s Bone, her 2010 film that launched Jennifer Lawrence toward stardom — Leave No Trace is a pitch-perfect film about a PTSD-stricken military veteran (Ben Foster) living illegally with his teenage daughter (Thomasin McKenzie) in a well-tended camp in the wilds of Portland, Oregon’s huge Forest Park. When park rangers catch them and try to move them into more conventional living quarters, the transition doesn’t take. Foster and McKenzie are wonderful in this eloquent, understated, sobering film (based on the novel "My Abandonment," by Portland writer Peter Rock) about a father who just can’t re-enter society and his devoted daughter who wrestles with her desire to forge her own path. —M.U.

Shohei Otomo: Back and Forth

Opening an art gallery in 2018 Seattle isn’t for the faint of heart. But artist Peter Robinson (aka Ten Hundred) and partner Chelsea Roth are making a bright, bold go of it in Pioneer Square, with their gallery/shop/painting-class-hub Statix. Divided lengthwise down the middle, the space is shouting with colorful sweatshirts, graphic tees, graffiti-style skateboards and posters on one side, while on the other, a calm, white gallery vibe prevails. This month, Japanese artist Shohei Otomo holds sway in the gallery space, with punky black-and-white illustrations on kakejiku — traditional scrolls made from Japanese paper and kimono silk. In “Ping Pong Geisha,” a young Japanese woman in a kimono radiates “badass” with sunglasses and a killer swing. In “Tong Poo,” a girl wearing a sailor top and private-school skirt wields shimmering knives and a whoosh of wild hair. The contrast of thoroughly modern imagery against ages-old technique is both striking and makes complete sense — in other words, Back and Forth comes full circle. —B.D.

Novelist Kim Brooks ("The Houseguest") turns memoirist with "Small Animals: Parenthood in the Age of Fear," about the legal fallout she faced when she briefly left her four-year-old son alone in a Target parking lot and a bystander filmed him and reported it to the police. In last Sunday’s New York Times Book Review, journalist Libby Copeland said the book explores “how we weigh risk as parents, how we judge one another’s parenting and what the costs might be — not just to parents, but to children, too — of a culture of constant surveillance.” Bainbridge-based memoirist Claire Dederer ("Poser," "Love and Trouble") will join Brooks for a discussion of what it’s like for parents to raise children in what Dederer calls “a nation driven mad with worry.” —M.U.

In This Imperfect Present Moment

Certain Seattle art collectors keep a low profile — but they have a lot to share. That’s the case with this small but eye-popping exhibit of African and African-American artists, all on loan from a single local collector who prefers to remain anonymous. Photography dominates the show, with South African twins Hasan and Husein Essop providing the most striking images in a very strong lineup. The brothers are observant Muslims who, curators Catharina Manchanda and Pam McClusky tell us, “always photograph themselves and involve no one else in their process, since depictions of human form are discouraged in orthodox Islam.” They’re certainly enthusiastic actors as they use digital wizardry to turn themselves into a crowd of beach picnickers (“Fast Food”), playground frolickers (“Azaan”) or two masked participants in a Catholicism-steeped birthday ritual (“Last Supper in Havana”). Mystery and mischief fill all four of their photographs in the show. Fabric art by Lawrence Lemaoana and Igshaan Adams and paintings by Toyin Ojih Odutola and Amy Sherald (who recently painted Michelle Obama’s portrait for the National Portrait Gallery) are among other exhibit highlights. —M.U.