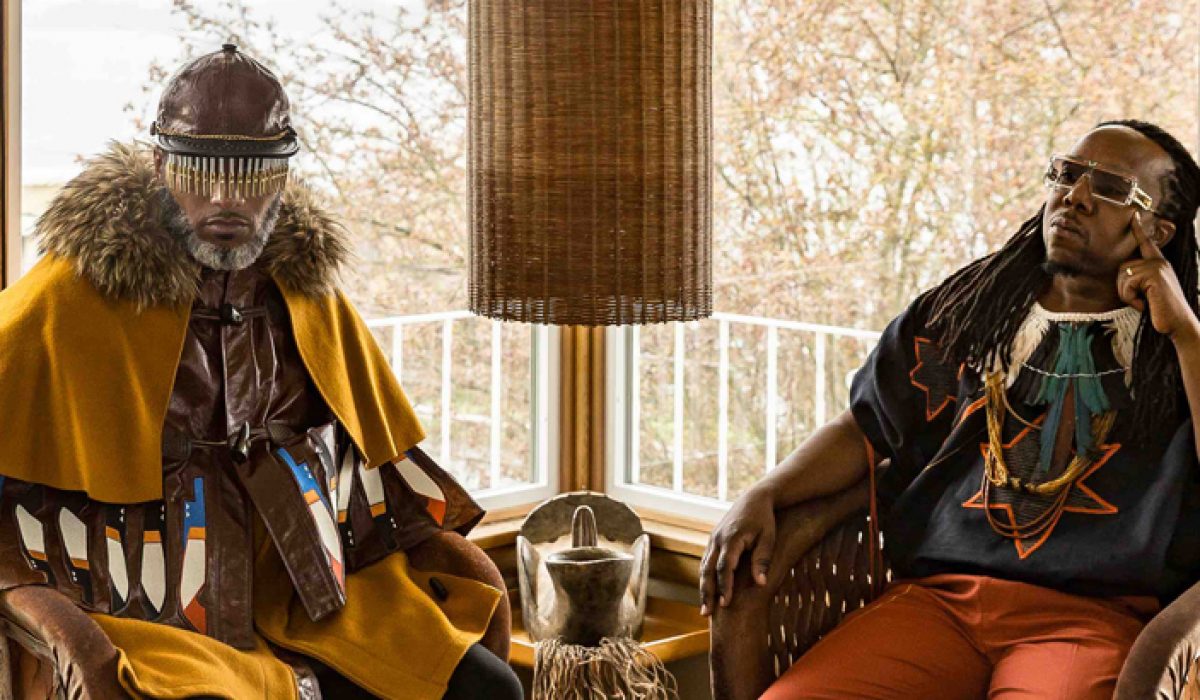 Over the last three decades, Seattle’s scrappy record label has grown from champion of the “Seattle sound” (by way of early grunge bands including Nirvana, Soundgarden and Mudhoney) to powerhouse label behind such acts as Fleet Foxes, Flight of the Conchords and The Head and the Heart — not to mention having a rockin’ retail store at the airport. The hometown company is celebrating its 30th birthday with a giant, free music festival on Alki Beach, featuring bands spanning Sub Pop’s history, including Mudhoney, Shabazz Palaces, Beach House, Fastbacks and Father John Misty. It’s bound to be a little insane getting there, but just like all birthdays, it’ll be worth it. —B.D.

On Friday night, Capitol Hill’s Volunteer Park will become an eye-popping wonderland, as luminous sculptures and installations come aglow in the glades with the third annual Lusio. A Night to Awaken light festival. (Here’s a look at the 2016 inaugural festival.) Meanwhile, over at Volunteer Park Conservatory’s Palm House, artist James Vitale’s whimsical Junglebugs — including a “Pterodactyl Dragonfly,” an “Ephemeral Glow Worm” and a “Mayan Killer Bee Idol” — can be found nestled among the frangipani, orchids and ferns. Vitale’s larger-than-life “insect children,” all made from upcycled materials, highlight the conservatory’s Integrated Pest Management system which aims to maintain “the natural order between plants, insects and other organisms.” Lovers of the conservatory can also show their support at “Lush Sounds,” a Friday night fundraiser featuring DJ J-Justice playing everything “from house to boogie, disco to jazz, techno to hip-hop.” —M.U.

It may be sacrilege to say so, but the marimba has an innate sonic magic that the cello can’t quite match. Or maybe it’s just the fairy lights that marimba player Erin Jorgensen arrays around the base of her massive instrument, adding to the otherworldly effect of her sounds. Jorgensen launched her “Bach + Pancakes” concert series a couple of years ago at On the Boards. Now she’s bringing it to Jigsaw Records in Ballard. Every Sunday through Sept. 2, she’ll play one of the Bach cello suites on her marimba — and follow it with a pancake breakfast. The concerts are short (about half an hour) and kid-friendly. Jorgensen has a flexible touch with her mallets, easing from hushed notes to fugal vigor in a single phrase. Her encore last Sunday was an exquisite “Moon River.” True enchantment! —M.U.

The full, three-hour opera by George and Ira Gershwin returns to McCaw Hall in a staging co-produced by Seattle Opera and Glimmerglass. The libretto, written by DuBose and Dorothy Heyward, portrays life on Catfish Row where a murder, a hurricane and a gradually emerging love story all add up to an American classic. Over the decades, tunes from Porgy and Bess have made their way into the pop-music world, including covers by Nina Simone (“I Loves You Porgy”), Janis Joplin (“Summertime”) and Bronski Beat (“It Ain’t Necessarily So”). Here’s a chance to hear them in their original setting in all their glory. —M.U.

Current presidential politics aside, there are positive aspects of puppetry. And you can delve into all of them at the 4th annual Felt-A-Con, designed for puppet professionals, hard-core puppet fans and the “puppet-curious.” A ticket gets you into four workshops, such as how to create an internet puppet show, shadow puppetry and making puppets from found materials (sadly, puppet head making is already sold out). You can also meet special guest Grant Baciocco (of Mystery Science Theater 3K and The Jim Henson Company) and hit the Friday night Puppet Slam. —B.D.

Call it a fleet of clay. On Aug. 16 at 7 p.m., a clay flotilla (featuring ceramic sculptures buoyant enough to float) will be launched on the waters of Lake Washington. Beforehand, you can preview these works — by Don Fels, Elizabeth Sandvig, Cappy Thompson and others — at Seward Park Clay Studio, Aug. 12-16, noon to 4 p.m. This is a free event, but donations are accepted and will go to the South End Public Schools Clay Programs. The launching of the clay flotilla is followed by a scavenger hunt, pottery wheel demonstrations and other kid-friendly events over the weekend. See website for times and details. —M.U.

Since March, a human-height black skull on a vivid blue background has held court on the mezzanine at Seattle Art Museum. Painted with active, graffiti-style strokes, its mouth is ajar — laughing, shouting or yammering. The landmark 1982 work by Jean-Michel Basquiat has been on loan from Japanese billionaire Yusaku Maezawa, who purchased it at auction last year for a record-breaking $110.5 million. But the skull must move on! So be sure to see it at SAM before it, er, heads out. (Read our full story on the painting’s arrival.) —B.D.

Two landscape photographers. Two wildly different sensibilities. Canadian cameraman David Burdeny’s shots of salt-pans and algae-bright canals along the edges of the Great Salt Lake in Utah look at first glimpse like abstract, geometry-driven color-field paintings. Their hues — melon red, cantaloupe orange, tropical turquoise, ice blue — don’t resemble anything you’d expect to find in nature. But that’s what the terrain around the lake looks like in certain lights from certain airborne angles. Burdeny’s shots of them are as beautiful as they are alien in feel. (The “Ice” in his show’s title refers to his photographs taken in Iceland, which are ghostly and bleak but not as startling as their Great Salt Lake counterparts.) Seattle photographer Cody Cobb’s landscapes look more transparently like landscapes, but he still brings an extraordinary eye to his work. “West 2, Utah, 2016” captures a butte whose hard contours are softened at the top by a “hat” of gauzy cloud-cover. In “West 5, California, 2016,” the plunging cliff-face of a high plateau seems almost to thrust itself out at the viewer. Whether he’s in Texas, Hawaii or Colorado, Cobb has a keen instinct for the sculptural character/potential of every landscape he encounters. —M.U.