An internal memo promises more transparency and a new roadmap for the ‘Move Seattle’ levy. 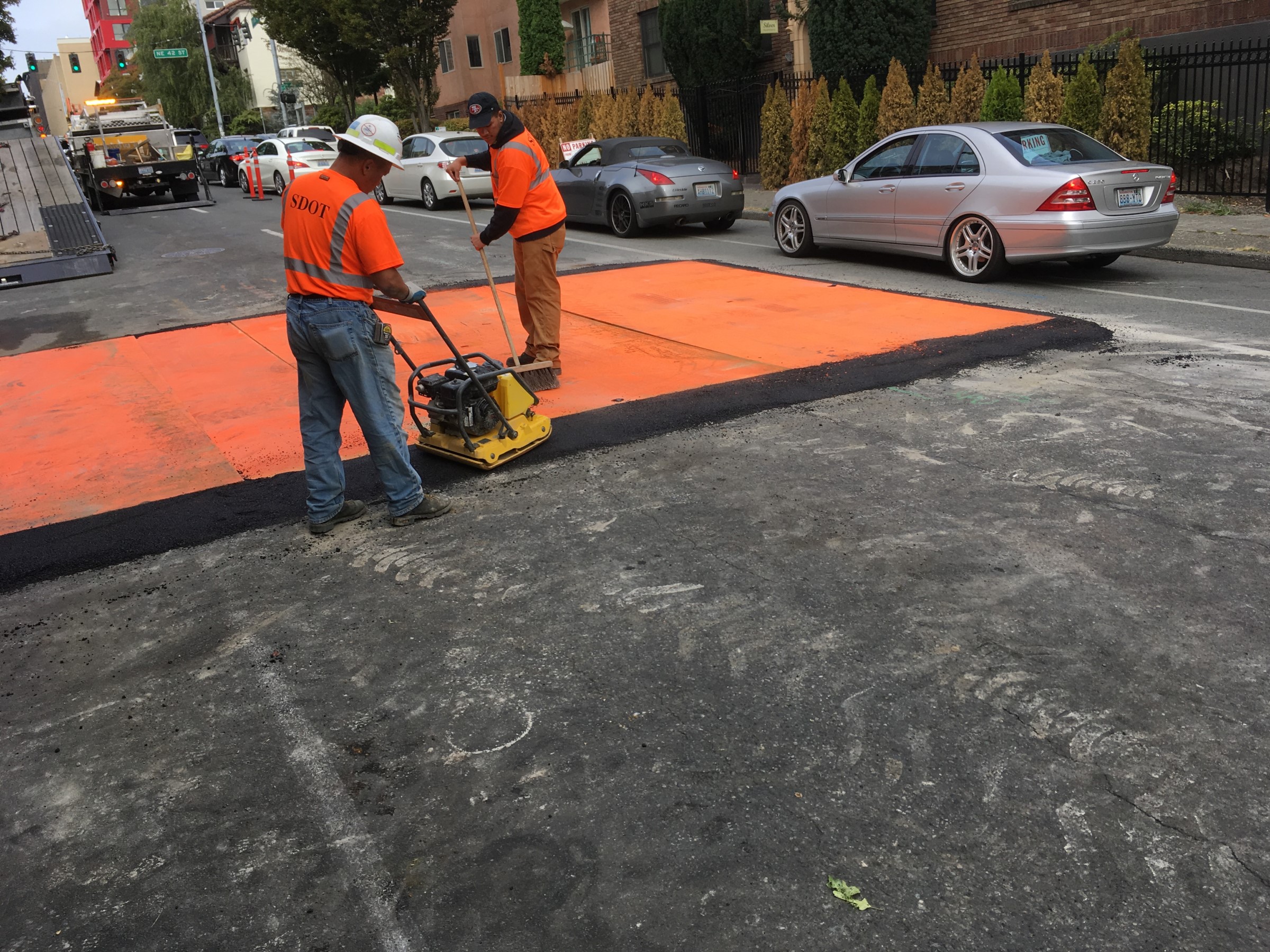 In the wake of a damning employee survey and frustration over the implementation of a large transportation property tax levy, the Seattle Department of Transportation is promising employees that it will refocus its efforts “on improving transparency, trust and morale” via a new “Action Agenda.” Among the commitments: better communication, more open processes for hiring and promotions, and an updated 10-year vision with new performance measures for the $930 million Move Seattle levy.

Late Friday afternoon, acting SDOT Chief of Staff Darby Watson distributed the new agenda to employees, laying out the steps the department would take — or was already taking — to address widespread perceptions of bias and favoritism, as well as a general lack of trust in leadership. The agenda also promised more clarity around the Move Seattle levy.

The new plan, which was provided to Crosscut by an employee, is largely a response to a survey of SDOT employees, conducted by a private firm hired by the department last fall. The firm concluded employees perceived “favoritism in hiring, promotions, everyday management,” “discrimination against women” and “leaders & managers tolerating different levels of accountability.”

It also comes after an oversight committee accused the department of not being transparent with issues surrounding the Move Seattle levy, as the Seattle Times reported Sunday.

In an email to staff that accompanied the new plan, Watson wrote, “the Senior Team has put together an internal Action Plan to guide our work with a focus on improving transparency, trust and morale; all issues we heard loud and clear from the employee survey. This plan is just the start as we expand ongoing Division efforts to a department-wide approach to address what we’ve heard.”

A spokesperson for the department did not respond to requests for comment.

SDOT’s action agenda comes at a transitional time for the transportation department. The Mayor’s Office announced Monday that Linea Laird, formerly of the Highway 99 tunnel project, will be the department’s new interim director, replacing Goran Sparrman, who is leaving at the end of this week for a job in the private sector. The hunt for a permanent director is ongoing.

The new interim director and the permanent director to follow her will inherit a department that has been dogged by questions surrounding the $930 million Move Seattle levy, criticism for its handling of the first avenue streetcar project, and a workforce frustrated with past management.

This plan, including the new path forward on the levy, will offer a “groundwork” for whomever steers the department moving forward, according to its authors.

According to the plan, SDOT will take a more stringent and careful approach to who gets hired or promoted. Employees previously complained of nepotism for friends of past management, which the plan promises to eliminate. “No job descriptions written for specific people,” it reads.

The department will also provide better accounting for the dispersal of so-called “out of class assignments” — temporary placements in higher paying jobs, which often lead to permanent promotions and career advancement. Amid concerns of “cronyism” and gender bias (as Crosscut reported, 77 percent of these placements went to men), the department will now implement a competitive process for winning these assignments. If an assignment is denied, managers and directors “must clearly explain the justification to both the employee and HR.”

Management will also be expected to attend additional training, including on implicit bias and program development.

These changes will be followed up with a “department-wide employee group to look at addressing issues raised in the survey.”

Employee complaints of bias and favoritism have been consistent in several departments beyond SDOT over the last year. Mayor Durkan established an inter-departmental team early this year to examine workplace culture and policy. Recommendations from the group have not yet been made available.

The SDOT action plan also addresses internal concerns with the Move Seattle levy, approved by voters in 2015. The levy has struggled to keep up with the ambitious promises of its now-departed champions, one-time SDOT director Scott Kubly and former Mayor Ed Murray. In addition to some questionable assumptions made by the architects of the levy, the construction boom has inflated the price of mega-projects across the region and once dependable federal funding has come into question.

According to the Times, the levy’s oversight committee recently concluded that, “SDOT was not transparent about this reality and failed to take immediate action to adjust expectations by truing up costs and available funding.”

In the action plan, the senior management team pledged to keep employees more apprised of upper-level conversations regarding the levy. Starting this month, the plan reads, the department will send out “a high-level, 1-pager” on the levy “for both internal and external distribution.”

Additionally, the department said it would have 90 percent of a draft of an updated “10-year vision” for the levy by 2019, “so that all employees can see how their work is connected to the Vision and Mission.” The new roadmap will “include a summary of accomplishments to date, a new set of 3-year actions, and updated performance measures.” The goal is that “the groundwork will be set and ready for a new [permanent] Director.”

In addition to announcing Laird as the acting director Monday, Durkan also released the names of the 11-member search committee to find the permanent director. It’s chaired by Marilyn Strickland, President & CEO of the Seattle Metropolitan Chamber of Commerce and former Tacoma Mayor, and Betty Spieth-Croll, Co-Chair of the Levy to Move Seattle Oversight Committee. Among others, the committee includes Rob Gannon, General Manager of King County Metro; Paula Hammond, former WSDOT Secretary; Geri Poor, Regional Transportation Manager at the Port of Seattle; and Rebecca Saldana, State Senator from Seattle.