Background checks give false sense of security at airports

We would be better off reducing our emphasis on someone's past and looking to broader security concepts that operate more fairly. 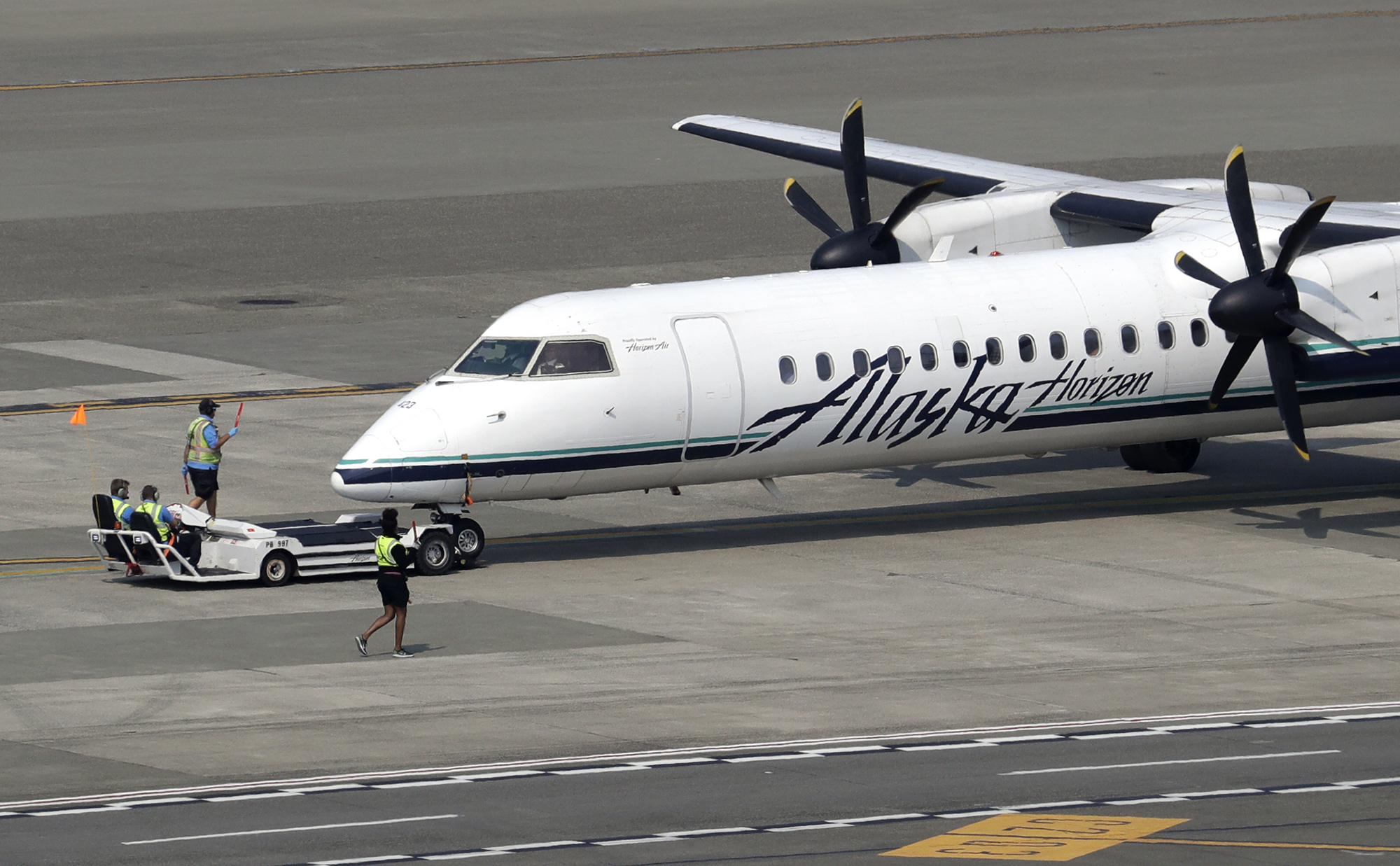 A Horizon Air Q400 turboprop airplane, part of Alaska Air Group, is moved into position by airport workers at Seattle-Tacoma International Airport Monday, Aug. 13. The plane is the same model of aircraft stolen from the airport by an airline ground agent on Friday, which later crashed into crashed into a small island in the Puget Sound, killing the man. (Photo by Elaine Thompson/AP)

The Sea-Tac airplane theft by Horizon Air employee Richard Russell is a lesson in our overreliance on background checks. A retired Horizon supervisor described Russell’s as a well-liked quiet guy, telling The Seattle Times, “Everybody’s stunned … that something like this would happen… . How could it? Everybody’s been through background checks.”

Background checks provide a false sense of security that relies on a person’s past to protect public safety; they often amount to little more than smoke and mirrors.

In the post-9/11 world of actuarial risk assessment and threat management, background checks have become run of the mill — used by landlords, employers, universities, gun dealers, law enforcement agencies and airlines. They are also primitive in terms of their predictive accuracy and are prone to errors.

The background check could not predict or prevent Richard Russell — a 29-year old, white, male, church-going, former high school football player and loving husband and son — from stealing a Horizon Q400 turboprop and putting himself and the Pacific Northwest in danger. Russell passed his background check, worked for Horizon air for three and a half years, was by all accounts a well-liked co-worker and employee, yet on Aug. 10 at 8 p.m. he made the decision to steal an airplane that put others in danger and resulted in his own death.

During his hour-and-10-minute flight to Mount Rainier and the Olympics, Russell spoke to the air traffic controller about wanting to go see the mother orca carrying her dead baby, how he didn’t need much help flying the plane because he’d played video games before, and about how he didn’t want to ruin anyone’s day. He asked the controller if he thought Alaska would give him a job as a pilot if he landed successfully and when the controller said, “I think they will give you a job doing anything if you can pull this off” Russell said “Yeah right. Nah I’m a white guy.” He complimented the controller “you are very calm collected and poised,” apologized to his loved ones, and appeared to understand what he was doing, saying “this is probably jail time for life right? … I would hope it is for a guy like me.”

He had expected, he said, that he would have a “moment of serenity” taking in the sights but realized “I think they’re prettier in a different context,” concluding, “I’m just a broken guy, got a few screws loose, I guess. Never really knew it until now.”

This mind-boggling act by someone who, by his own account, had just come to realize he had “screws loose” certainly raises questions about airport security. But it is also a stark lesson in the behavioral continuum of human beings and the false sense of security created by background checks that screen out — of jobs, housing, education — people who are not a threat to public safety while overlooking those who pose a serious threat to themselves and others.

Background checks may be a necessary part of modern life. However, events like this should make us all question the costs and benefits of background checks that have the potential of creating opportunity barriers for people who have prior histories associated with public safety risk. Background checks disproportionately harm people who are socially, economically, racial/ethnically, and otherwise marginalized. The movements to reject mass incarceration and “ban the box” have raised awareness of the significant disparities in who enters and stays in the criminal justice system, and who ends up on the wrong side of a background check. Besides creating barriers to employment, education and housing, background checks even hinder law enforcement seeking to recruit police who are more representative of the communities they serve.

The background check did not prevent Richard Russell from stealing the Horizon plane and creating this serious threat to public safety, nor did it prevent other crimes such as the mass murder committed by Stephen Paddock, a married, white, male, Vegas-VIP millionaire who passed background checks in two Nevada gun shops before he opened fire on concertgoers from his Mandalay Bay suite on the Las Vegas Strip killing 58 and wounding 851 people.

Events like these highlight the importance of identifying dynamic, contextual, and situationally specific risk factors — rather than static background factors. And they underline the need to treat everyone, no matter who they are or what they’ve done or haven’t done, with benign suspicion.

It is a convenient fiction that the world can be broken up into “good” and “bad” people and that there are quick instruments we can use to keep us all safe. Most people who are incarcerated for committing crimes — property crimes, violent crimes, sex crimes, public order crimes, and all types of crime — will eventually be released and will apply for jobs, housing and acceptance into higher education. In many of these cases, people who cannot pass a background check may be “safer” and pose less of a danger than someone who can. (In fact, some crimes such as domestic violence and sex offenses are more likely to be committed within families by people who know each other and would pass a background check.)

There is a legitimate need to identify the dangerous among us to protect public safety. However, background checks are a far cry from sophisticated risk and threat assessment instruments and threat management protocols used in forensic and law enforcement contexts by trained professionals, and even the most sophisticated risk assessment tool is not able to predict with 100 percent accuracy who will and who will not commit a crime. Studies have shown that crude attempts to protect public safety by identifying the worst of the worst through background checks and legislation such as Three Strikes have been colossal failures in terms of increasing public safety while they have disproportionately harmed people who are marginalized (e.g., see The Sentencing Project’s “Reducing Disparity in the Criminal Justice System”). And recent class action lawsuits have resulted in multimillion dollar settlements for discriminatory effects of background checks in hiring practices.

What can be done? Treat everyone with benign suspicion as a matter of habit. Recognize that the notion of the criminal-other is a fiction. Crime is a part of everyday life that exists along a continuum — from of normal to everyday problems in living to pathological. Identifying who among us presents a public safety threat at any given time and in any particular place requires paying close attention to what is going on with people — at home, in the workplace, on the streets. We need to develop policies in organizations to train people to collectively notice details that raise red flags. And we should design environments that increase safety and decrease risk no matter who is in those environments on their worst day.

Any one of us could be both trusted and a potential risk. Recognizing this and designing environments accordingly could be, more than any background check, what stands between a regular day and a tragic event. 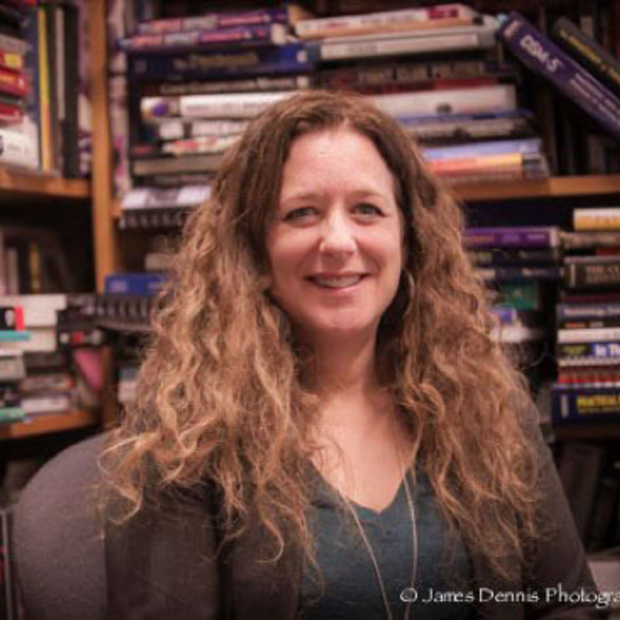 Jacqueline B. Helfgott, Ph.D is professor and director of the Department of Criminal Justice Crime & Justice Research Center at Seattle University.