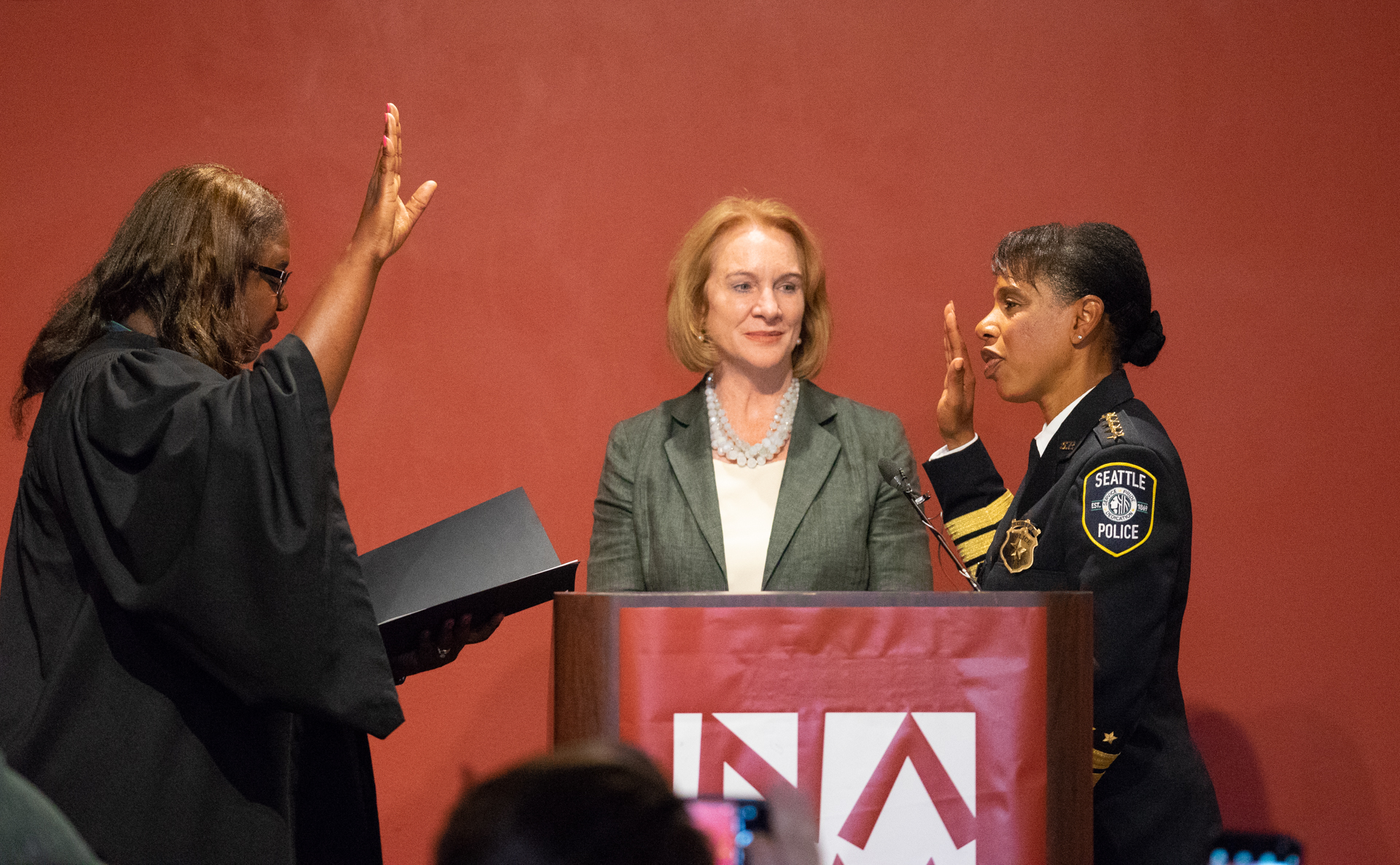 Carmen Best finished a day of ceremonies at the Northwest African American Museum late Tuesday afternoon with one final swearing-in. Following the example set by her boss, the mayor, the new permanent Seattle police chief turned the event into a tour of the community.

Best had already been sworn in at two other events earlier in the day — at City Hall and then at the South Park Community Center — when she arrived at the Central District museum for one final ceremony and reception.

After months of drama, Best is now officially the first person of color to permanently lead the Seattle Police Department. It should be a smooth transition for the 26-year veteran: Best became the number two ranking official in the department in 2014 and took over as its interim chief in January 2018.

Best inherits the department at a critical time. SPD needs to prove to a federal judge that it has made permanent and lasting reforms, while also addressing concerns about disparate policing, high-property crime and out-of-control overtime spending. 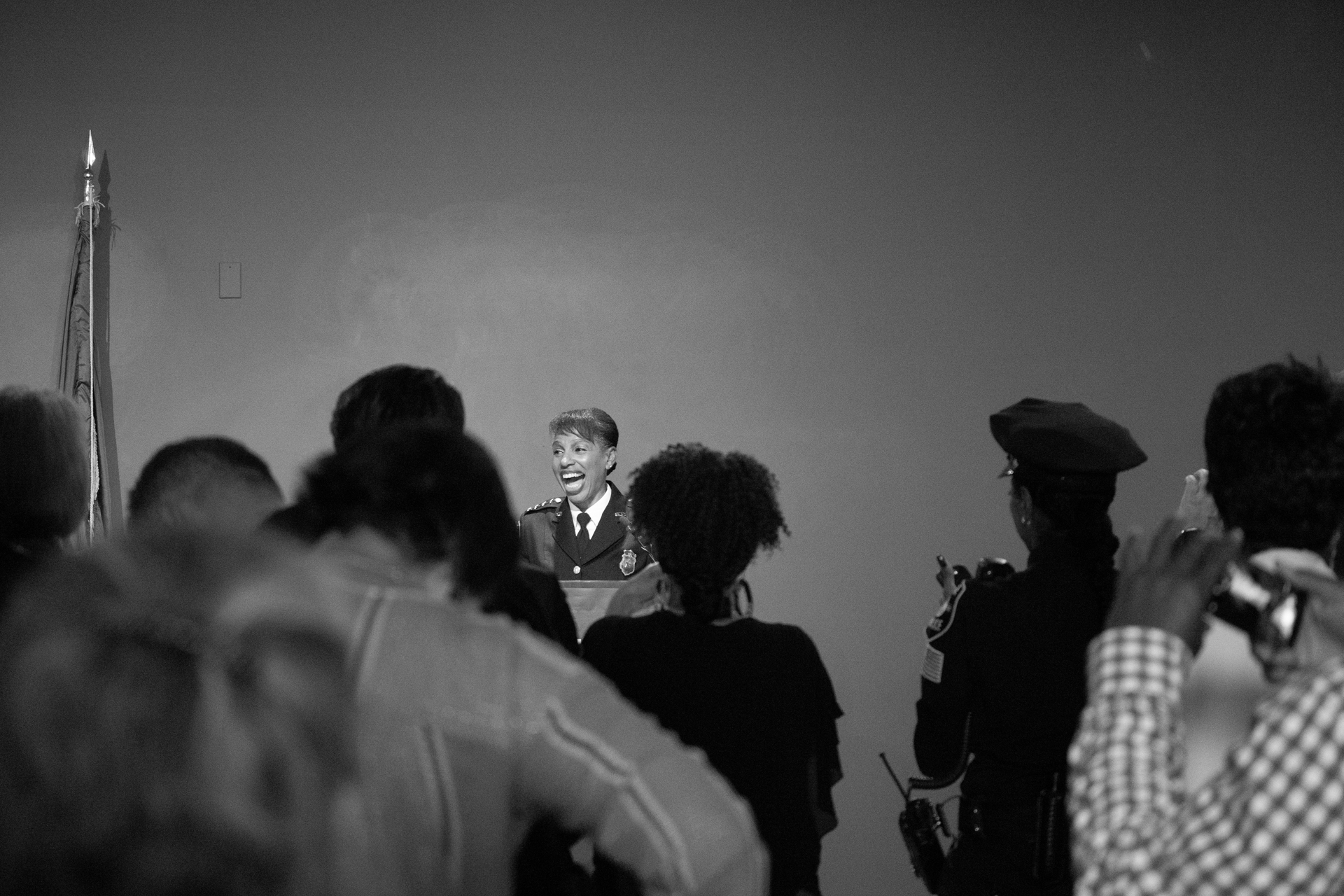 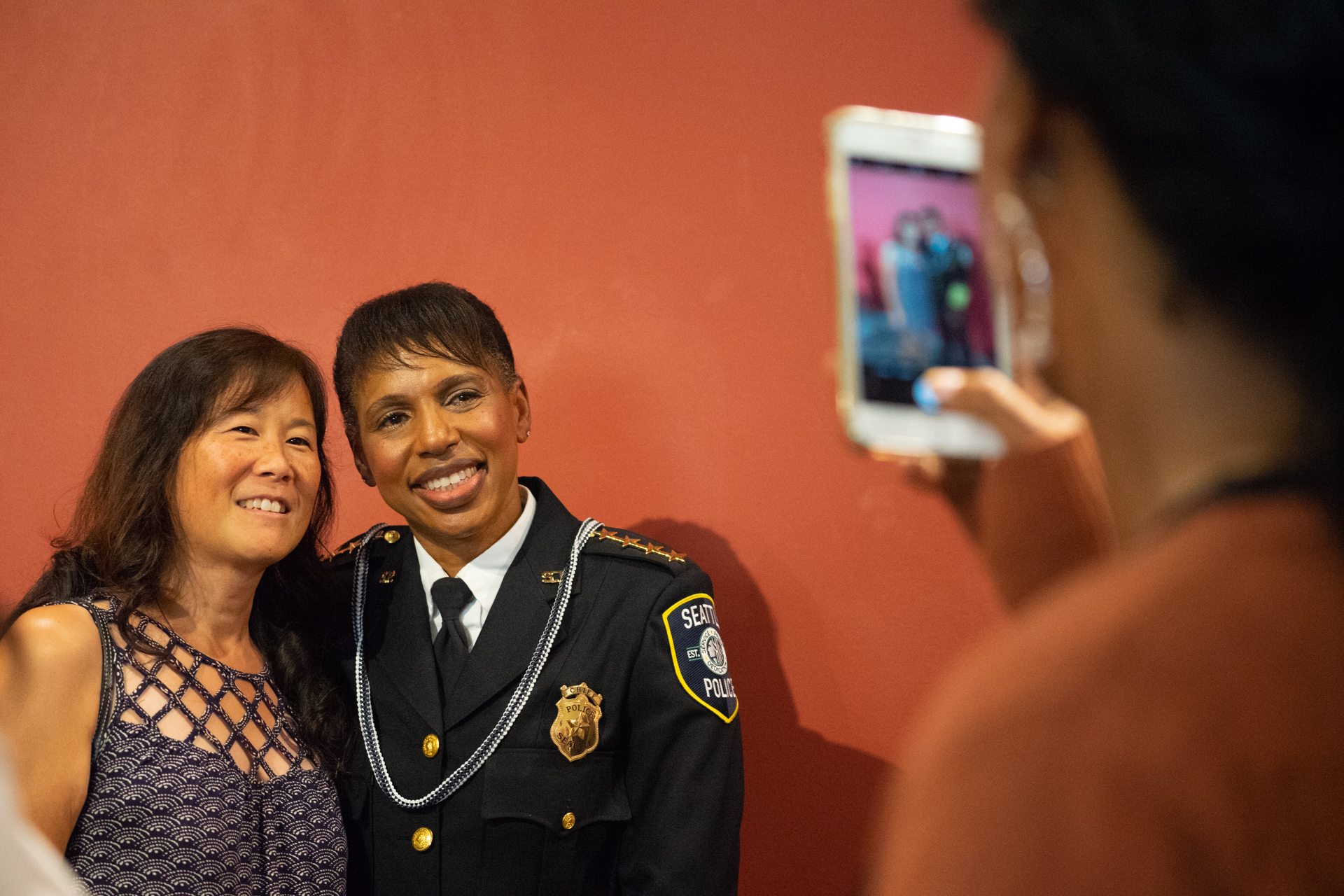 Seattle Police Chief Carmen Best poses with friends and family after the ceremony.

Seattle Police Chief Carmen Best poses with friends and family after the ceremony.

Seattleites turned out in droves to celebrate the Year of the Rabbit with lion dances, martial arts and plenty of food.

by / February 8
Inside Crosscut