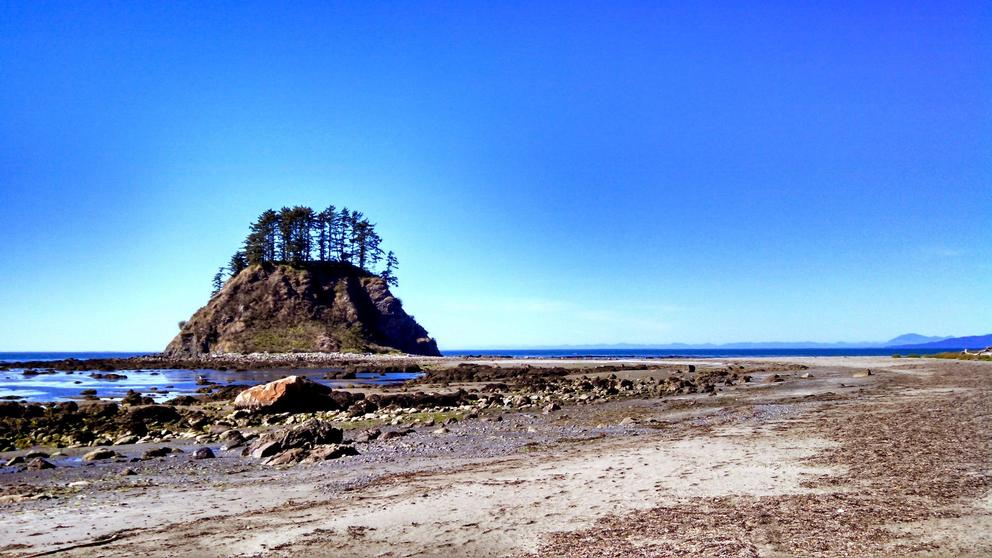 Tskawahyah Island, just off Cape Alava at one end of the route of a historic walk for beach protection led by Supreme Court Justice William O. Douglas (Photo by the U.S. Forest Service/Flickr)

Sixty years ago this week, U.S. Supreme Court Justice William O. Douglas ambled off a remote beach and met a father-son duo. The justice and dozens of his compatriots were finishing a three-day, 22-mile trek along a rugged coastline where the National Park Service had proposed a road to promote access along the Ocean Strip portion of Olympic National Park. The protesting pair, from nearby Port Angeles, favored highways and held a sign for Douglas: “Bird Watcher Go Home.” The confrontation exposed fault lines between profiting from or protecting public resources, a dilemma that remains tense for our coasts and lands today.

In January 2018, the Trump Administration announced it would open nearly all of the Outer Continental Shelf for oil and gas drilling. The proposal met with immediate protests from Northwest lawmakers and other politicians, including from Washington’s 2016 Republican gubernatorial candidate, Bill Bryant. Almost immediately, Bryant argued that Republicans should oppose this strategy for what Secretary of the Interior Ryan Zinke has called “energy dominance.” Bryant also suggested a hike with supporters to draw attention to the issue. He was not alone. Washington Attorney General Bob Ferguson also laid plans to use the 60th anniversary of Douglas’s hike to raise awareness about the importance of saving our coasts. (Despite their shared interest in keeping rigs off Washington’s coast, Bryant and Ferguson will not hike together.)

Justice Douglas would have understood their concerns. Our coasts, like our public lands, are “the inheritance of all the people”— to use a phrase common in Douglas’s writings.

Douglas, who grew up in Yakima, was no stranger to protest hikes. In 1954, he led a well-publicized hike along the Chesapeake & Ohio Canal from Cumberland, Maryland, to Washington, D.C. When The Washington Post editorialized in favor of a Park Service-proposed road there, Douglas challenged the editors to walk the length of the canal with him and reconsider their position. The 10-day, 189-mile hike worked, as journalists put the issue of trails over roads — walking instead of driving — in front of the public in an early postwar conservation campaign.

So, inviting Douglas to lead the coastal hike four years later took no great leap of faith. Polly Dyer, a longtime Northwest conservationist and organizer of the hike, likened it to a “walking national town meeting.” Along the way, an Olympic Tribune journalist asked Douglas if keeping the beach wild for the special few smacked of an aristocratic elitism the justice had long opposed. Douglas dispensed a lecture about individuals and minorities and the government’s duty to protect those rights, leaving the writer to concede the point.

Beaches like this one were rare. Outside Alaska, only 50 miles of the nearly 5,000-mile U.S. coastline remained both public and roadless. Douglas’s priority was to keep it that way: “Wilderness all over America is diminishing. Let’s not put roads everywhere.”

Besides civics lessons and inspiring views, the event was punctuated by protest at trail’s end. The man who greeted Douglas was L. V. Venable, a manager at a freight company and the director of the Automobile Club of Washington. “He made our story legitimate for the press,” recalled Dyer. “We couldn’t have hoped for a better opportunity for spreading our story.” While Venable believed the road would help develop the peninsula’s tourist economy, Douglas hoped a road might be rerouted away from the park’s ocean strip. “We’ll give you 99 percent of the U.S. but save us the other 1 percent, please,” Douglas pleaded.

Besides the bird watcher placard, Venable held one that said, “We own this park, too. We want a shore line road.” Those signs represented an unresolved dilemma for public lands, then and now. In the first case, Venable wore his localism on his sleeve, telling Douglas and others to go home. In fact, Douglas sometimes used a summer cabin near the coast, closer than Venable’s Port Angeles residence. Still, for Venable and other “locals” around the West near public lands, a sense of “their” lands being invaded by hikers, paddlers and other recreationists has long generated resentment, even while they simultaneously hope to capture their transient dollars.

Paradoxically, with the other sign, Venable wrapped himself in the cloak of public land owner. Crucial to the case Douglas made was that the beach was part of the public estate. Venable was correct; he and his fellow automobile enthusiasts owned the park, too — along with the wilderness lovers. In such a context, what constituted “local” was not clear-cut. Appealing to his local moral authority might have felt unassailable to Venable, but all Americans own public lands. Legitimate interests in them are determined not by zip code proximity. Instead, they are, as Douglas once said, “a dividend of national citizenship.”

One of the people who hiked with Douglas along the C&O Canal and the Olympic Beach was Wilderness Society co-founder Harvey Broome. On the ocean strip, Broome said the beauty and solitude prompted him to contemplate “the ultimate meaning of life.” Whoever hikes with Bryant or Ferguson in the coming days will have occasion to do the same.

While they do, they might thank Douglas, Dyer and others who worked for decades to keep these places public and then consider those who would befoul them. 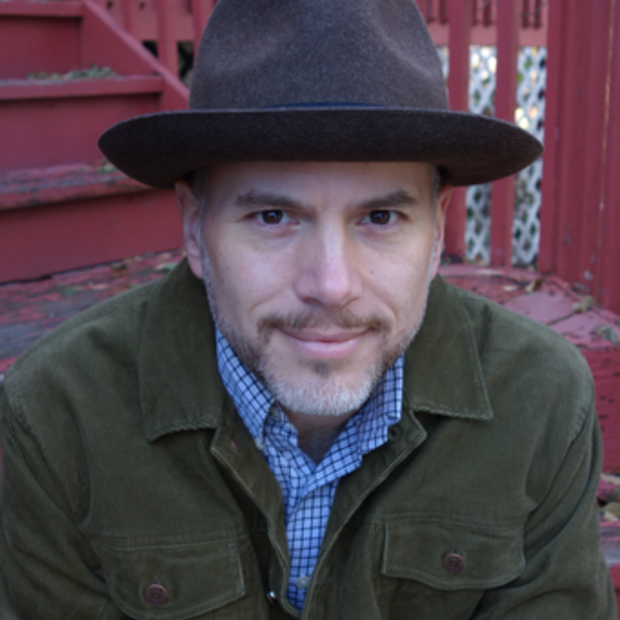 Adam M. Sowards is an environmental historian and author of The Environmental Justice: William O. Douglas and American Conservation.