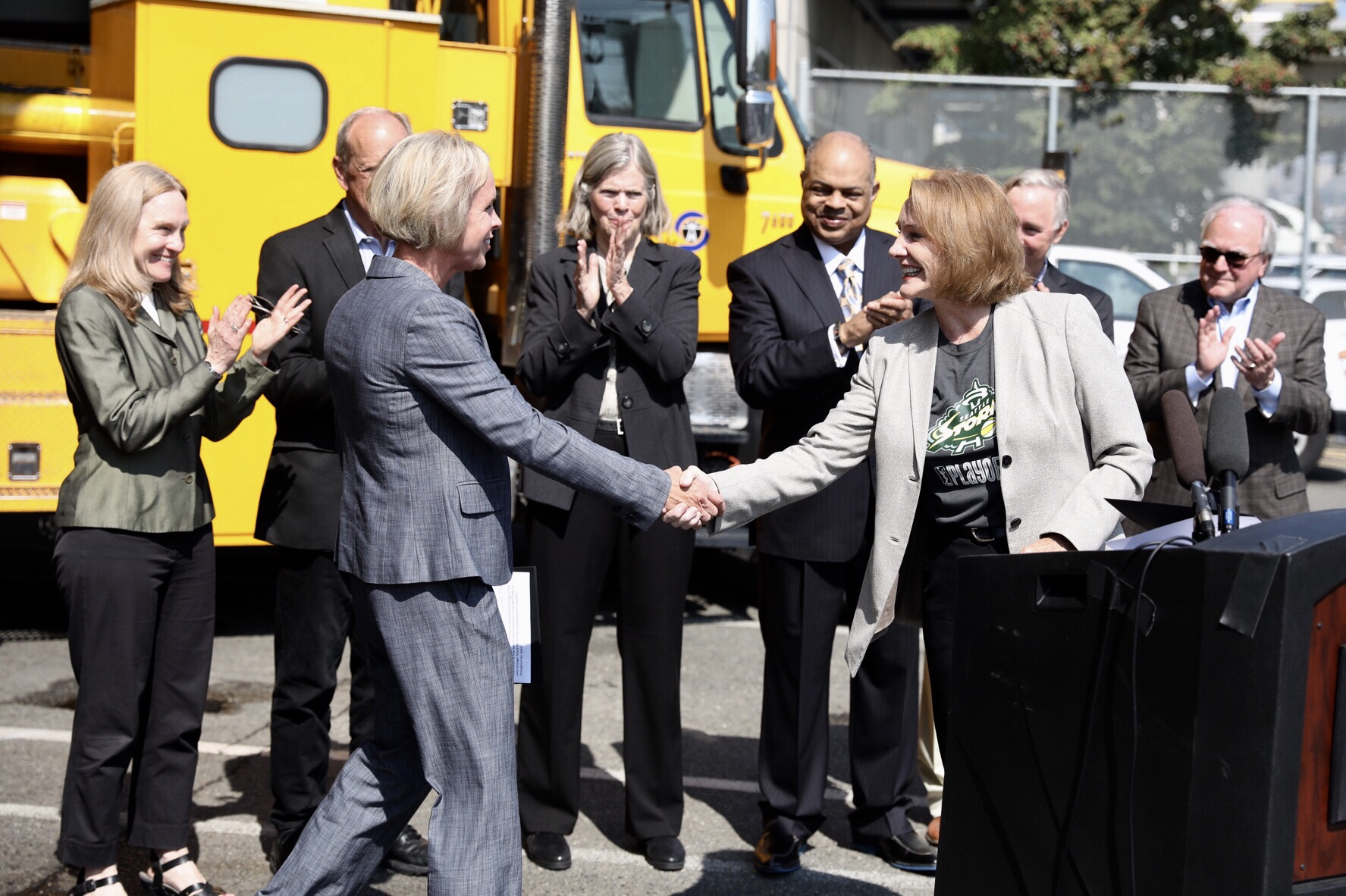 Mayor Jenny Durkan announces Debra Smith as her nominee to be the new CEO and General Manager of Seattle City Light at the Seattle City Light South Service Center in SoDo, Aug. 28, 2018. Smith is currently the General Manager of Central Lincoln Public Utilities District in Newport, Ore., where she has worked since 2013. (Matt M. McKnight/Crosscut)

After a months-long search process, Seattle Mayor Jenny Durkan has tapped Debra Smith as her choice to lead Seattle City Light, a department with a $1.4 billion budget and a recent history of backlogs, cost overruns and frustrated customers

Smith comes to Seattle by way of coastal Newport, Oregon, where she’s been the CEO/General Manager of the Central Lincoln People's Utility District since 2013. Before that, she worked in the Eugene Water and Electrical Board, dating back to 1996.

"With Debra we are getting a leader who is obsessed with customer service — and we know we need work there," Mayor Durkan said Tuesday. "She is dedicated and curious about — how do we innovate? But how do we innovate without sacrificing the essential services that we need for our residents and businesses?"

If approved by the Seattle City Council, Smith will oversee nearly 2,000 employees from south Seattle to the department’s Skagit River Hydroelectric Project in the North Cascades, to the Boundary Hydroelectric Project on the Pend Oreille River in northeast Washington. For Smith, it’s a significant increase in responsibility from the relatively small operation in Newport where she has overseen a staff of just about 140 employees and an annual budget of $100 million. "This is the big time here,” Smith said, standing next to Durkan at a press conference.

But Keith Tymchuck, Vice President of the Board of Directors for the Central Lincoln PUD, said there was nothing to be concerned about Smith taking on the task. "She’s an exceptional leader," he said in a telephone interview. "I’m not sure I’ve ever been involved with someone who has the capacity to see the broad picture, including the next steps to get to where we want to go, but also to solve the narrow picture of what this organization needs today."

In the past, the CEO of City Light has been the city’s highest paid employee; former CEO Larry Weis earned $340,000 a year before Mayor Durkan accepted his resignation last year. Past administrations have said that’s the price of competing with the private sector, although several council members, most vocally Kshama Sawant, have pilloried the high salaries.

The CEO has also in recent years been the only department head eligible for a bonus. But after Weis gave himself perfect marks on a performance evaluation last year, the City Council may have axed that perk for good.

Mayor Durkan has not been shy in expressing her frustration with the department, particularly when it comes to workplace culture, customer service and utility rates. "We know that we have significant challenges [at City Light] both culturally, that’s been well reported, but also where this utility is poised in this new world we live in, in a changing environment around energy," she said. She added, "We have to do better by our ratepayers and get our rates as low as possible for residents and businesses."

In light of this sentiment, it is unsurprising that Durkan chose to go outside of the city to find the department’s new CEO. It was not for lack of options: Interim CEO Jim Baggs applied for the permanent position, as did one other senior leader in the department, according to a source familiar with the process.

But neither of the internal candidates were among the five finalists interviewed by Mayor Durkan last week, according to two people familiar with the process.

"That isn't to denigrate anyone internally, it’s just where we are as a utility," Durkan said, adding that the utility attracted a highly competitive pool of applicants.

Although Smith comes from a much smaller operation in Oregon, she brings experience in some of the areas that have caused the department problems: customer service, employee relations and long-term strategic planning. She holds a bachelor’s degree in finance from Arizona State University and has worked in customer service, human resources, account management and strategic planning, according to her LinkedIn page.

“Mayor Durkan sought a leader that could continue to reliably deliver service, improve workplace culture and customer service, revamp the business model to create an affordable rate path, and position the utility to lead on climate change and in the new energy era,” the mayor’s office said in a statement. 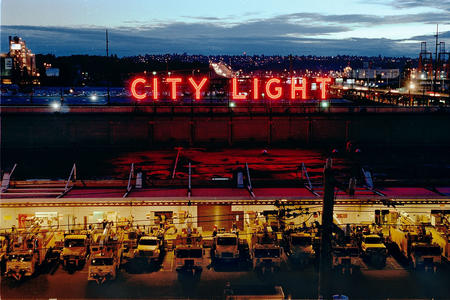 The cost overrun comes as the utility faces budget cuts. 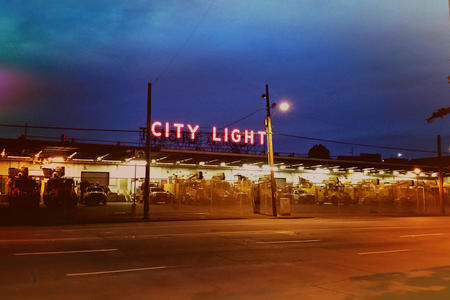 In response to subpoenas, names, phone numbers and Social Security numbers were turned over. 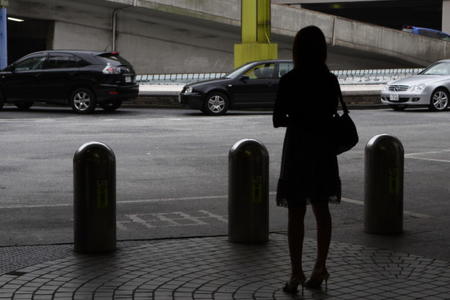 Tymchuck with the Central Lincoln PUD said she would be up to the challenge. "In the last year we’ve done some significant change and she has an exceptional feel for how to push staff just the right amount but then to get her foot off the pedal at just the right time," he said.

The issues she'll need to address are numerous. Arguably the most existential problem facing the department is a decline in revenue. The city’s push toward more efficient buildings and energy usage has resulted in customers using less electricity, a success that is threatening the utility’s budget.

Additionally, the resale price of excess energy has plummeted, impacting a bottom line that benefits from the department’s management of numerous hydroelectric dams.

As a result, the department will begin raising its rates for residential customers by 4.5 percent over the next five years. The rate increase was less steep than originally proposed, but Durkan said Tuesday, "We still came to a rate path that I...and the leadership of this city believe is too high. It’s not an affordable rate path for this utility."

Mayor Durkan has also instructed the department to cut 6 percent of its operations and maintenance budget and 9 percent of its 6-year capital spending program.

These cuts come as City Light has faced several cost overruns. Its new billing system came in $43 million over budget. The construction of the new Denny Substation in South Lake Union has blown initial estimates of $60 million out of the water and is now exceeding $200 million. And, as Crosscut recently reported, the department’s new network of “smart meters” is $17.4 million over budget.

The department has also struggled with customer service. For a time, its new billing system — worth $109 million after overruns — was issuing incorrect bills for customers based off of estimates instead of actual readings. Customers have also complained of slow hookup times for new construction and lagging account transfers after a move.

The department has also been dogged by complaints of sexism. It was a group of City Light employees who began organizing meetings of the Seattle Silence Breakers — city employees who meet to share stories of harassment and discrimination.

"I think Debra is the right person to ensure that City Light develops the workplace culture where everyone feels safe, respected, welcomed and understands they have the ability to advance," said Durkan.

Seattle City Council members have raised these issues with City Light leadership. Councilmember Teresa Mosqueda, who oversees the department in her committee, has in particular sought more concrete steps toward addressing workplace complaints.

“Now is the time we must rebuild trust with the public, with consumers, and with front-line workers,” Mosqueda said in a statement. “We need an active General Manager who can improve safety in the work environment, from safety on the lines to work environments free from harassment and intimidation.”

During the confirmation hearings for Weis in 2016, council members pressed the then-candidate on how he would make the “Nation’s Greenest Utility” even more climate-friendly. It is a question that is likely to come up again in Smith’s council hearings.

In addition to nominating Smith, Durkan is reportedly mulling structural changes to the department. Exactly what this may entail is still unclear, although one option could be creating a Chief Operating Officer position to function alongside the CEO. When asked about changes Tuesday, Durkan said she had her own ideas, but would let Smith come to her own recommendations.

Speaking outside of the South Service Center, Smith thanked the mayor and said she was excited by the challenge. "It’s really an amazing time right now in this industry," she said. "It’s been status quo for a very long time and it’s status quo no more.”

The Seattle City Council will host its first confirmation hearing with Smith on September 13. If approved, she will begin her job on October 15.

The cost overrun comes as the utility faces budget cuts.

In response to subpoenas, names, phone numbers and Social Security numbers were turned over.