Finding beds for the unsheltered: there was supposed to be an app for that

Mayor Durkan has resurfaced an idea that SPD tried to implement years ago and it has some advocates feeling frustrated. 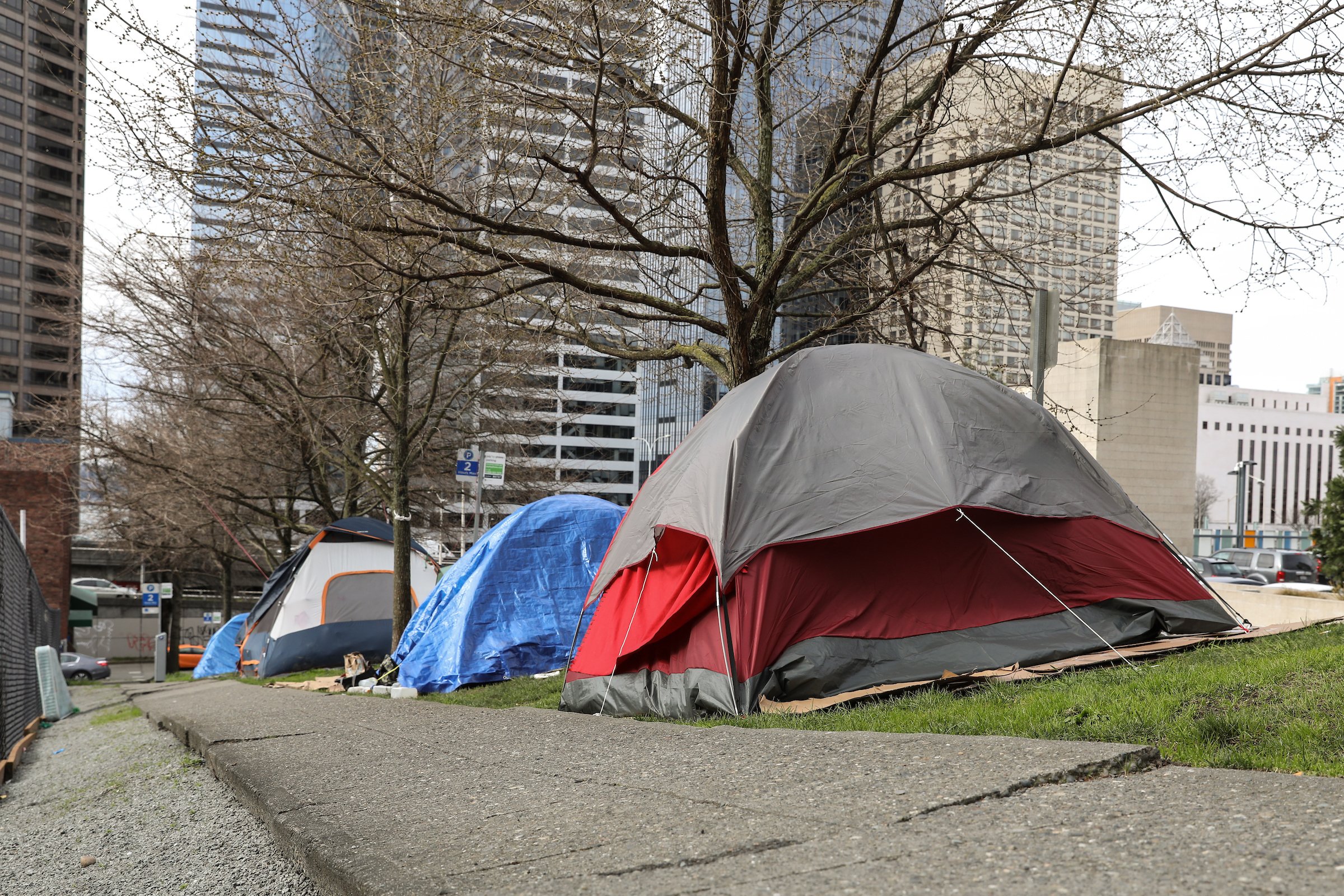 As Mayor Jenny Durkan introduced her new Innovation Advisory Council earlier this month, a reporter asked for an example of what the collection of tech-giant representatives, assembled to bring their expertise to the homelessness crisis, might do. Her response: An app that can identify available shelter space “so that every social service provider could look on the phone and say, 'look, this shelter has five spots. You can go there.’"

As it turns out, this isn’t the first time this idea has come up in Seattle. In 2015, the Seattle Police Department applied with Code for America to fund a fellowship. Similar to AmeriCorps or Teach for America, Code for America places young and ambitious software engineers and designers in agencies to work on a specific project for a year.

The aim of the fellowship that SPD applied for was similar to that of the new Innovation Advisory Council, to bring in the brains of “technologists” to hack out tools that can be deployed in addressing the city’s most pressing issue. Then, as now, that was homelessness.

SPD won the fellowship and drafted a contract. The goals of the work may sound familiar: “Increase capacity of police officers to connect homeless to critical services with digital tools.” If executed well, the tools would “Better enable police officers to divert homeless individuals and connect them with services including housing, mental health, chemical dependency, hygiene facilities, or social service intake specialist for additional follow-up.”

But the final product ended up being something different. Rather than a tool to track services, SPD got the RideAlong app. The app, which is currently being used by the force, serves as a beefed-up and streamlined records management system, in which officers can record more detailed histories of certain people, criminal and otherwise. The idea is to better prepare officers to deal with people in crisis.

As it turned out, building the app was too big a lift for the small Code for America team.

“Building a real time application for what shelter beds are open in the city is challenging for a three person technology team with one engineer to do in 7 months,” said Katherine Nammacher, who worked on the SPD fellowship. That, combined with a transition between SPD Chief Technology Officers, spurred the engineers to sit down with SPD to discuss taking the fellowship in a slightly different direction.

Nammacher said the decision should not be seen as a failure. The broad goals of the fellowship trumped the specific application, she said, and she said the RideAlong app does work toward reducing recidivism and arrest. “It did increase the capacity of police officers to connect people with tools,” she said.

While Nammacher and her crew shifted away from the shelter app for practical reasons, Durkan’s Digital Advisory Council was quickly met with a more hostile resistance. In the wake of the roll-back of the city’s young tax on large businesses, advocates were frustrated by the focus on efficiencies over large-scale solutions.

In a lengthy post on Medium, the City of Seattle’s former Civic Technology Advocate, Candace Faber, referred to the app as the “Bad idea for ‘fixing’ homelessness that just. Won’t. Die.”

“It’s always some variation on this theme: An app that will show you, in real time, where shelters are located around the city and how many beds they have available,” she wrote. “Then, you’ll be able to match homeless people to beds and  —  voila!  —  problem solved. We don’t have to see them on the streets and feel bad anymore; instead, we can pull the phone out of our pockets and tell people where to go where they will get help.”

Faber argues that the city does not need better information; it needs more shelter. Further, she argues that, even if the app was created, providers are unlikely to have the capacity to provide real-time updates.

Rachael Myers, Executive Director at the Washington Low Income Housing Alliance, similarly finds the proposal frustrating. “I don’t think that the problem is that we’re not connecting people to available resources, it’s that we don’t have enough resources,” she said.

Myers said that, if the app doesn’t distract from more permanent solutions, then it couldn’t hurt. “I don’t think that it has to be one or the other,” she said. “We just tend to get really excited about shiny new things and hope that it solves the problem.”

The non-shiny solution, she said, is housing.

Durkan spokesperson Stephanie Formas said the app-idea was never intended to “fix” homelessness. She pointed to efforts to increase shelter capacity, namely through a recent sale of public land, acknowledging that shelters in Seattle are at 93 percent capacity.

But an app could reduce the amount of time outreach workers need to spend calling every shelter each morning, she said in an email. “As you know, some shelters serve specific populations (Women, families, youth) so the goal is to provide information on openings for those living on the streets unsheltered.”

Regarding the Innovation Advisory Council, Formas said the Mayor’s Office has met with “6+ [city] departments to begin scoping projects when the Council first begins meeting in September…. [T]he goal is to work with engineers and developers on a variety of projects from housing affordability (via Housing Resource Center), tools for mobility (Viaduct and maximum constraint), affordability…, and homelessness.”

In the wake of the repealed head tax, City Hall and King County are still feeling around for a way out of the homelessness crisis. The City and County have moved more people out of homelessness every year, even more continue to become homeless.

While Durkan is expanding shelter capacity, long-term funding is still a question mark. Heading into budget season this fall, the Seattle City Council recently created a new committee dedicated exclusively to homelessness. And the county-wide One Table discussions recently wrapped, but without new funding or accountability measures.

As for the RideAlong app, the creators have since spun it out into its own company and SPD officers are apparently finding it useful. “Easy to use,” one officer told Crosscut, “has info on repeat crisis callers. Pretty handy.”

Co-founder Nammacher said that her company would be open to expanding into addressing homelessness more head-on and that it would be better equipped to do that work than large tech companies. “You want to work with a company that isn’t focused on people who succeed in the system,” she said.