How a Sea-Tac employee could steal a plane

The man who stole and crashed a Horizon Air plane Friday night was “fully credentialed.” 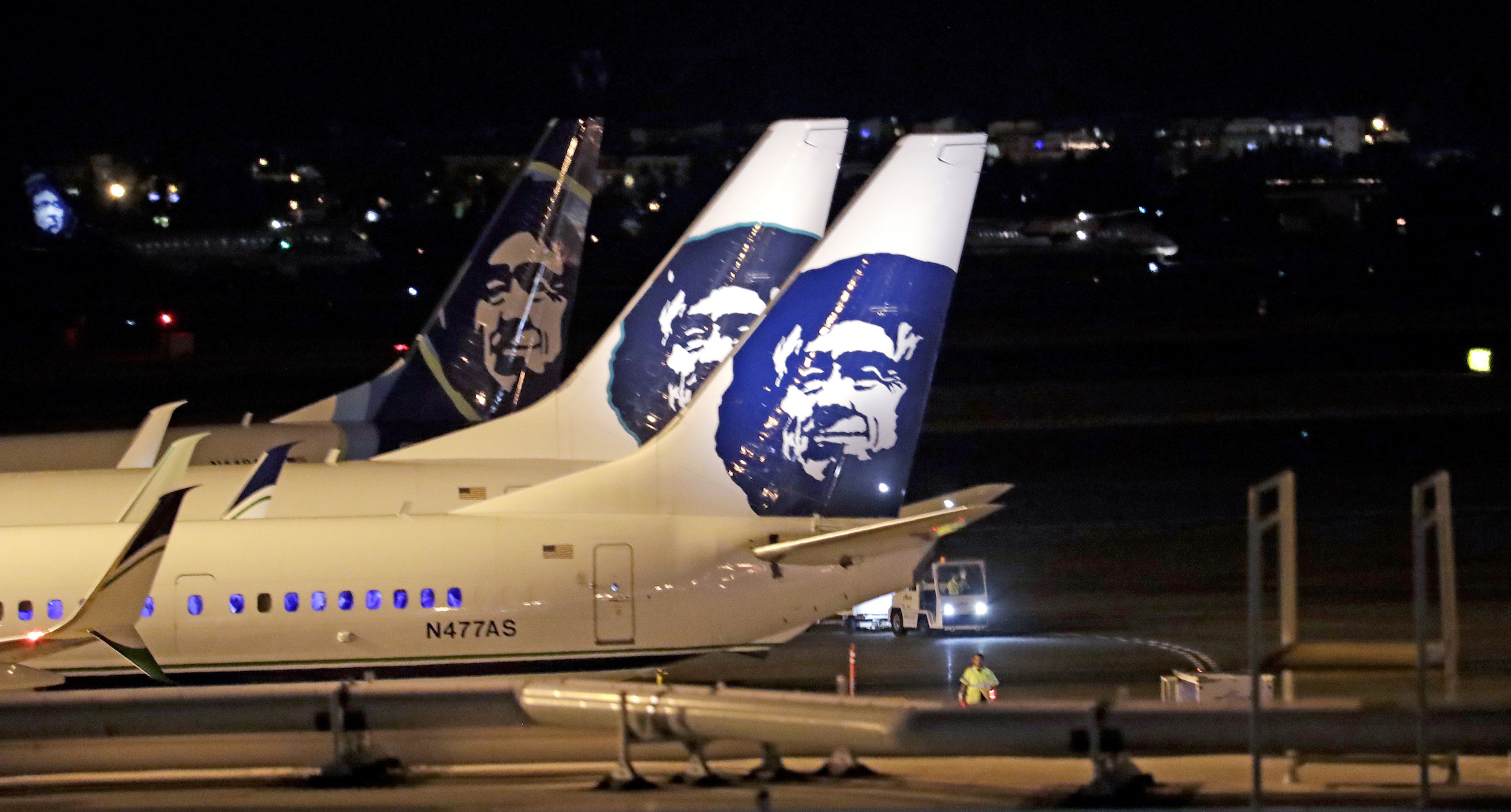 The federal government has 28 security flags that are intended to keep bad actors from accessing the tarmac at international airports. It appears that none of those flags were triggered by the man who on Friday night stole a 76-seat Horizon Air plane from Sea-Tac International Airport and later crashed the aircraft on an island near Olympia. Officials confirmed the man was killed in the crash.

The man, whom air traffic control referred to repeatedly as “Rich” and whose family confirmed as Richard Russell, worked as a ground service agent for 3-and-a-half years, Horizon CEO Gary Beck confirmed in a news conference Saturday that was streamed by KOMO 4. That means he spent his days on the tarmac, loading and unloading bags, feet from the airplanes themselves.

“The individual was fully credentialed,” said Mike Ehl, Director of Aviation Operations with Sea-Tac airport. “He had access to that area legitimately. No security violations were committed.”

And so Russell, who wanted to see the mountains, hooked up the plane to a tractor, turned it 180 degrees, flipped all the right switches to enter the plane and turn on the engine, snuck into the runway queue, took it into the air hoping to fly circles around Mt. Rainier and looped through the air before crashing on Ketron Island. It was a dramatic hour that captivated the country in fear, fascination and sadness — and showed just how ready North American authorities, including the military, are to respond at any given moment.

U.S. airports have layers of security clearance, ranging from terminal clearance just beyond security to full access to runways and airplanes. A ground service agent like the one who stole the aircraft would need the latter, meaning he was subject to extensive security background checks by federal authorities.

As of December 2002, all employees with “unescorted access authority” to sensitive parts of the airport are required to be fingerprinted. Federal officials comb into a person's 10-year history looking for any criminal activity, repeating that sort of check every two years.

According to Mark Howell with the Transportation Security Administration (TSA), after an airline hires someone, that airline informs the airport the employee needs clearance. The airport then sends that person’s information to TSA, which runs the background check.

There are 28 disqualifying offenses, many specific to transportation and air travel: Interference with flight crew members, improper transportation of hazardous material or weapons, crimes committed on an airplane, unlawful entry into an aircraft, destruction of an aircraft.

In addition to the biennial background checks, Howell said TSA partners with the FBI, which can provide real-time updates via its “Rap Back” program (Records of Arrest and Prosecution). An employee may lose clearance at any time. As Crosscut reported in the case of Delta employee Lassana Magassa, a worker may not know what spurred the revocation.

Howell said TSA only runs a search for criminal history. But the air traffic control tower recordings presented the employee as seemingly suicidal, saying at one point “I wasn’t really planning on landing it,” referring to the plane. That prompted reporters at Saturday's press conference to question mental health screenings for airport employees.

Howell said that would not be TSA’s purview — if an employee passes the security clearance check, further discretion is up to the airline or the airport. Beck with Horizon said employees have access to an Employee Assistance Program 24-hours a day.

The lead investigative agency on the case is the FBI, in partnership with the National Transportation Safety Board (NTSB), the Federal Aviation Administration (FAA) and the Port of Seattle. Agent Jay Tabb was hesitant to say much about the investigation this early into the process and neither he nor Alaska Airlines CEO Brad Tilden would confirm that Richard Russell was, in fact, the employee who stole the plane.

According to Beck, the plane was done flying for the evening, sitting in a maintenance shed with its nose facing east and tail west. To maneuver the plane out, Russell had to use a tractor to turn it 180 degrees, before boarding it and moving toward the runway, said Beck.

Several things remain unclear, including how Russell got into the departure queue and took off. Beck said planes should be in constant communication with ground control as they taxi and then take off.

Further, to turn on the plane, he would have needed to know how to engage a series of complicated switches.

Also unclear is how Russell was able to so deftly fly the large airplane. At one point, he completed a full roll and cited his video game experience. Beck called his maneuvers “incredible… . I don’t know how he achieved the experience that he did.”

Shortly after the stolen aircraft took off at 7:32 p.m., two F-15 fighter jets arrived from Portland with the intention of steering him out to the Pacific Ocean, according to a statement from the North American Aerospace Defense Command (NORAD).

Capt. Cameron Hillier with NORAD would not confirm how quickly it took the two planes to arrive, citing security concerns about operations, but said reports that it was within minutes were accurate. The planes are capable of flying up to 1,800 mph but need express approval to break the sound barrier. Hillier said they were given such approval Friday, but could not confirm whether the planes had in fact exceeded the speed of sound, which would have triggered a loud boom.

In situations like Friday’s, NORAD operates as a dispatch center, with the post-9/11 expanded authority to call on any “air asset” in any branch of either the United States or Canadian military.

Since 9/11, NORAD has deployed approximately 1,800 flight intercepts. According to Hillier, most of those were for unresponsive aircraft or for security purposes, such as the 2010 Vancouver Olympic Games. Events like Friday’s are rare, he said.

Tilden with Alaska Airlines said air traffic control lost contact with the stolen plane at 8:47 p.m. when it crashed on the sparsely populated Ketron Island in south Puget Sound. NTSB and FBI are both on the scene, said Agent Tabb. So far, it appears no buildings were damaged and that no passengers or crew were on the plane.

Tilden said the airline would be reviewing security policies going forward, but did not have any immediate announcements. “We’re less than 24 hours after the incident,” he said. “It’s far too early to say what additional procedures we might implement.”

Howell with TSA said Sea-Tac operations are back to normal.

In a statement read by a friend, the family said it was "stunned and heartbroken." Calling Russell by his nickname, they said, "It may seem difficult for those watching at home to believe, but Beebo was a warm, compassionate man."

Russell kept an occasional blog, in which he talked about his and his wife's interest in baking and travels between Alaska, Oregon and Washington. It has a light tone and Russell writes about how much he enjoys the travel perks that came with his job at the airport.

One of the most striking details of Friday's event was the calm conversation between air traffic control and the employee, “Rich.” As he spoke of the beauty of the mountains and his sadness for the orca mother carrying her calf, the person on the ground spoke calmly, trying to coax him into landing the plane.

“I think I’m gonna try to do a barrel roll, and if that goes good, I’m just gonna nose down and call it a night,” said the plane thief.

“Well Rich, before you do that, let’s think about this,” said the air traffic controller. “I’ve got another pilot coming up, pilot Joel, in just a minute here I hope. And we’ll be able to give you some advice on what to do next.”