Overperforming state Republicans due for a dousing

Late ballots in the August primary leaned red, but the GOP is still in big trouble. 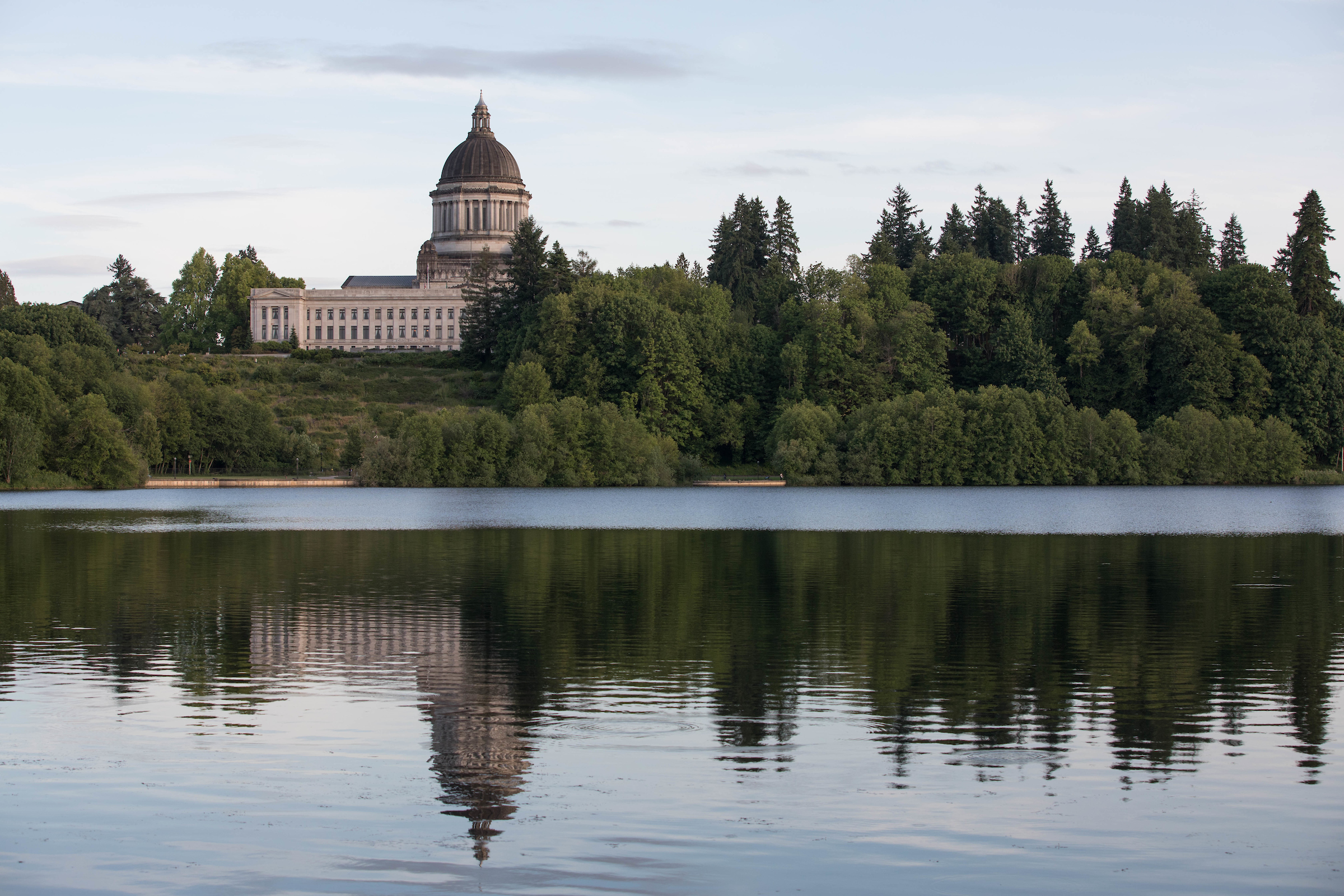 Nationally, Democrats are cautiously gleeful. After midterm routs in 2010 and 2014, results from special elections and primaries are almost uniformly positive. Even disappointments, like the GOP narrowly retaining a ruby-red Ohio congressional district last week, have suggested a great environment for the Dems.

Still, though, Washington State Republicans are a resilient sort. Even as a thudding 36 percent of Washington voters marked Donald Trump on their ballots in 2016, the GOP managed to hold an effective 49 percent of Washington state legislative seats. The 2017 special elections in Washington’s 31st and 45th Districts did ultimately succeed in shifting the balance of power in Olympia, but they did not suggest a huge wave, either. Sen. Manka Dhringra’s win in the 45th was strong, but in a district where Donald Trump received 27 percent, Republican Jinyoung Englund’s 45 percent did not necessarily portend doom.

Last week’s primary, on the other hand, did.

Washington’s Republican delegation appears to be on the way to a serious thinning. As of this writing, three of Washington’s four Republican-controlled congressional seats are endangered. In the state House, 24 Republican seats are competitive. About 10 legislative seats currently held by Republicans look so bad for the GOP that they can be considered tilting toward Democratic challengers. While these numbers are not as bad as they were on Primary Night — later ballots have tilted somewhat Republican — they’re bad enough to upgrade the political surf forecast from choppy to a dreaded electoral wave.

Identifying the upsides from last week’s results requires a nuanced understanding of our electoral context. For Democrats, the good news — besides the obvious — is that Republicans have historically overperformed in Washington state. For Republicans, the good news is that Democrats are unusually motivated to vote right now.

You’d be forgiven for thinking that seems backwards. But these key facts explain a lot about the Republican Party’s current standing in Washington and why they have so much to lose in November.  Here’s three things you should know after last week’s primary.

1. Washington State Republicans have a long way to fall.

Washington State’s Republican Party is an overperforming one. Focusing on fiscal policy above social issues and building their strongest bench in tax-skeptical suburban districts, the local GOP regularly wins in seats that vote Democratic on the presidential level. And that’s a big part of why November may be so nasty for them.

Prior to the 2016 election, Democrats held exactly one legislative seat in a district that voted Mitt Romney in 2012 — that of Rep. Chris Hurst, a blue-dog Democrat from the Enumclaw area. The political reshuffling that came with Donald Trump didn’t much change that. The coastal 19th District, spanning from Kelso-Longview, is the only Trump-voting seat to have Democratic legislators. Even then, one of the state House seats in the 19th fell to the GOP in 2016.

The Republicans, on the other hand, have a lot of seats in legislative districts that voted for Barack Obama and Hillary Clinton.  All told, 17 Republican legislators are in Clinton districts.  Some of them, like the 28th District in the Tacoma suburbs, or the 30th around Federal Way, regularly vote for Democratic presidential candidates by double-digit margins. With effectively one exception (Sen. Joe Fain in South King County’s 47th District), incumbent Republicans in these districts are in re-election trouble.

But the “snap-back” has gone beyond Clinton-voting districts. While the national media narrative has often centered around well-educated, well-heeled suburban districts full of Republican-leaning voters who abandoned Trump in 2016, Democrats have also been doing well in districts where Trump was not an albatross. Democratic challengers turned in healthy performances in a number of (narrowly) Trump-voting districts, including the 6th District in suburban Spokane, the 17th in Clark County, and the Puyallup-area 25th.  While Democrats are unlikely to achieve shock results like those seen in some low-turnout matches in ultra-Republican areas, flipping modest Trump districts would be enough to deliver a huge swing in the state legislature.

For years, Washington Republicans have been defying gravity. In 2018, the fall to earth could be very bruising.

Here’s a little rain for the blue parade.

The Election Night results last Tuesday left local Democrats delirious, but as late ballots have been tallied, their margins have slimmed. While races for the 3rd and 5th Congressional Districts each resulted in a collective of Democratic candidates besting Republican incumbents (Jaime Herrera Beutler in the 3rd and Cathy McMorris-Rogers in the 5th), those leads have dissolved into modest Republican advantages. This trend reflects a broader phenomenon — that Democrats are highly motivated to vote early and often.

That’s not all good news. Last Tuesday’s primary will likely register a final statewide turnout of around 41 percent. November’s turnout could be nearly 50 percent higher, which means that Tuesday’s results could be skewed if the lower-turnout primary electorate isn’t representative of the November electorate. There’s good reason to believe it may not be.

While results are not final, there are strong indications that Democrats were more likely to return ballots than Republicans. Among voters who participated in the 2016 presidential primary, those who voted a Democratic ballot were somewhat more likely to participate in the 2018 primary than those who voted a Republican ballot.  While the difference was negligible in King County (71.7 percent versus 70.9 percent), early data suggests it was greater in the 3rd and the Congressional Districts, where Democratic challengers returned shock results.  The results look similar when including voters who didn’t participate in the 2016 presidential primary. A query of a proprietary database suggests likely Democratic voters were more likely to return ballots than likely Republicans, again with especially sharp results in the 3rd and 5th Congressional Districts. Nate Cohn at the New York Times found similar results in another proprietary database, albeit earlier on in ballot counting.

In other words, Democrats had an advantage fueled by an enthusiasm gap last week. That enthusiasm gap may wane slightly with the general election, where the electorate will look more like a presidential electorate than that of an off-year primary. That’s not bad news for the Democrats, but it may mean that last Tuesday was a high-water mark.

3. All caveats aside, last week was terrible for the GOP.

How bad was it?  One helpful barometer entails comparing this year’s primary against the results of the last legislative primary elections. No comparison is perfect, of course. Even between now and November, significant shifts in partisan enthusiasm could occur. Polling in 2016 saw the Democrats’ fortunes decline slightly as the election approached. But comparing the Democrats’ standing in 2016 — a year where their performance in state legislative races fell into the category of “fine” — can help us get a sense of whether a blue wave is really building in Washington.

In order to make that comparison, I analyzed legislative elections to identify incumbents who were on the ballot in both November 2016 and August 2018. From there, I narrowed down to candidates who were in a contest featuring one Democrat and one Republican in both years. (In Washington state, partisan races automatically appear on the primary ballot, even if there are only two candidates.) If a race featured a Green Party challenger or two Democrats, they were excluded from the race to avoid skewing the results. Likewise, if a candidate is making their first run in 2018, I excluded them. Despite our increasingly partisan world, candidates still matter.

Some of you may protest against comparing a presidential election year to a midterm primary.  Democrats, after all, are supported by the “Coalition of the Ascendant,” a group of voters whose demographics (younger, less white) are associated with lower primary turnout. It is true this helps Democrats a little between August and November, but the effect is overstated. On average, the Democratic vote share increases by about 0.7 percentage points between the primary and general in two-way races for the Washington legislature. Because using the 2016 primary would require eliminating candidates with multiple primary challengers from the comparison, and the difference that exists skews against the Democrats, I stick with the 2016 general.

With those filters applied, 23 State House races meet the criteria for inclusion. Of those, 15 of the races feature an incumbent who was also an incumbent in 2016. The results are alarming for the Republican Party. In 2016, the Democratic candidate in these races received an average vote share of 48.2 percent. In the 2018 primary, that average vote share was up to 53.6 percent — an increase that seems modest, but represents a swing of more than  10 percentage points, enough for a formidable wave. Limiting the analysis to candidates who were also incumbents in 2016 shows an even greater improvement, with the Democratic vote share going from 47.8 percent to 54.2 percent.

Any way you run the numbers, last Tuesday was an excellent night for Democrats in Washington State. Republicans are facing some degree of vulnerability in about 40 percent of their state legislative seats. Democratic enthusiasm is high, and elections nationwide — low- and high-turnout alike — suggest a bruising November. One can haggle over turnout variables, analogues, and narrative courses that may shift things in the upcoming few months. But make no mistake: last Tuesday was a more important data point than any of those things, and it was an ominous one for local Republicans.