Safeco plan, a boon for billionaires, ignores our real problems

Funding stadium improvements for the Mariners is a bad deal in our housing crisis. 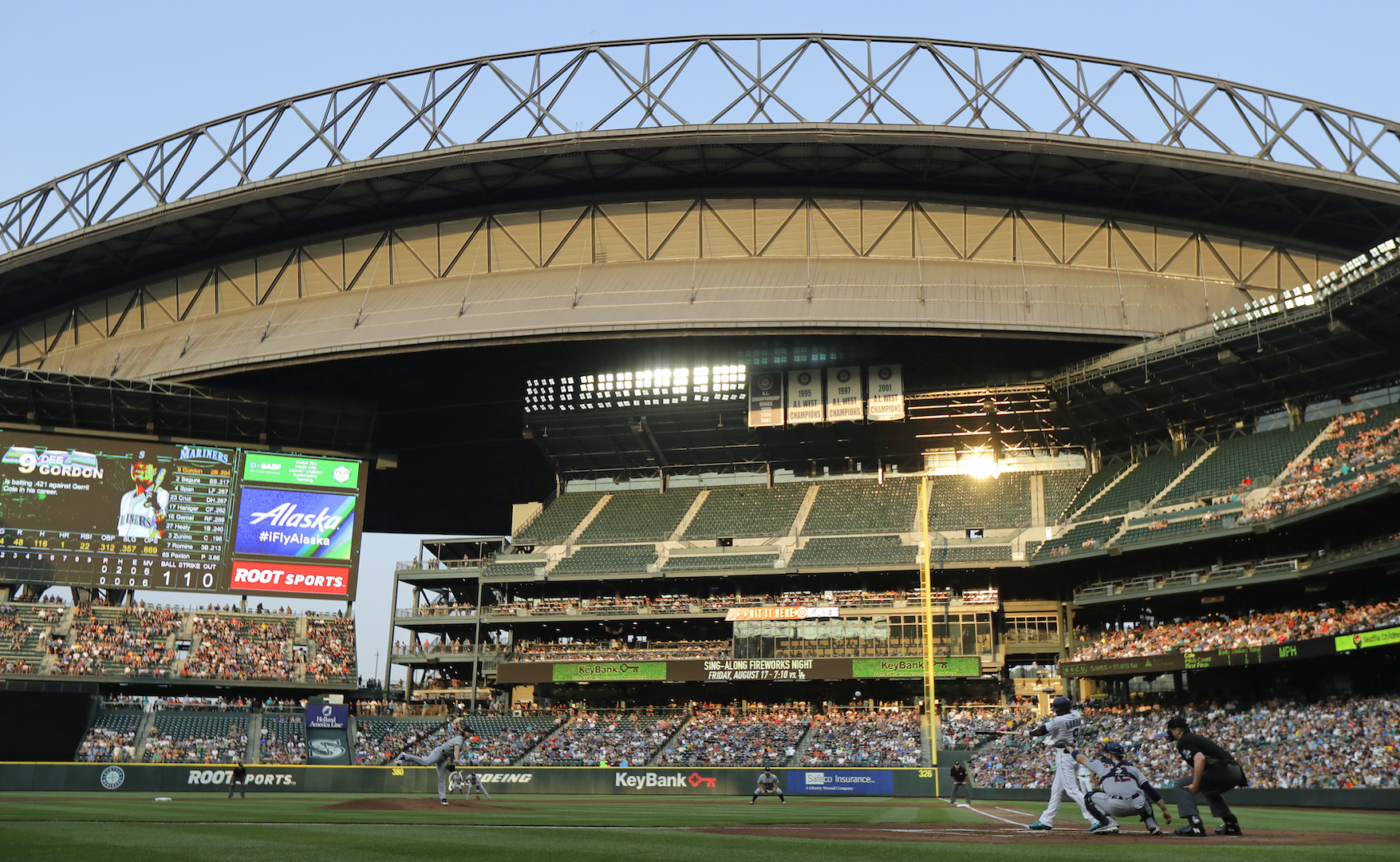 The King County Council will soon make a decision whether to put the wishes of the Seattle Mariners ownership ahead of the housing needs of local residents.

Back in May, King County Executive Dow Constantine proposed legislation for the use of county lodging tax revenues that would direct around $185 million to improve Safeco Field over the next 20 years. The measure might have sailed through with little fanfare had Councilmember Dave Upthegrove not spoken up.

The Mariners, he pointed out, are a private, profitable, billion-dollar business that can pay its own expenses. These lodging tax dollars could instead fund services for homeless youth and affordable workforce housing —­ homes for young teachers, nurses, service workers, hardworking families who are being priced out of King County simply because they don’t draw a six-figure tech salary.

Since coming under the glare of public scrutiny, this stadium deal has been looking worse and worse. Should we really be subsidizing a business that promotes senior executives accused of sexual harassment? How did $501 toasters and lavish furnishings for luxury suites get on the list of “necessary improvements”? Craig Kinzer, one of two stadium authority directors who voted against requesting the lodging tax dollars, denounced the whole stadium lease, calling it the most “poorly managed negotiation of a deal of this size” he’s seen in his career — apparently, it contains no audit oversight of the team and “hundreds of millions in potential returns to the public have been negotiated away over the 25-year lease term.” Former director Terrence Carroll also wrote to council members sounding a similar alarm.

It’s noteworthy that such warnings are coming from people who are generally fine with the notion of subsidizing stadiums, a practice which is itself highly questionable. Almost unheard of before the 1950s, public financing of stadiums is par for the course today, but economists overwhelmingly agree this habit just isn’t worth it — these subsidies cost taxpayers more than any local economic benefits they generate. And that’s just building stadiums, let alone shelling out for ongoing maintenance and new bells and whistles!

It is a curious argument that, because Safeco Field is publicly owned, the public is obliged to contribute to its upkeep in perpetuity. Imagine your parents had a palatial house built just for you, paid all your property taxes and charged you a nominal rent that they plowed right back into the house; a few years go by, you decide it’s time to upgrade all your appliances and add a hot tub and you go to mom and dad expecting them to foot the bill, because after all, it’s technically their house. Even though you’re making good money and they have other pressing obligations. Sorry, no. Time to grow up, kid.

The choice between stadium subsidies and housing for working families appears to be a no-brainer for the public, too. On July 30, residents and advocates from across King County packed council chambers, calling on councilmembers to prioritize the affordability crisis. Councilmember Jeanne Kohl-Welles was listening: The next day, she withdrew her sponsorship of the Executive’s legislation and proposed an additional $184 million for housing, reducing the Safeco Field allocation to a still-generous $25 million. By changing her stance, she showed courage and integrity.

With opposition to the Safeco Field deal coming in from so many quarters, one central character has gone largely unremarked: John Stanton, who, as a major owner and CEO of the Mariners since 2016, will be a primary beneficiary of the county’s largesse should the council approve the Executive’s proposal. I think it would behoove the public to get acquainted with this “shrewd and tough negotiator,” as a former co-worker has called him, especially since it turns out that he and Dow Constantine go way back.

Stanton is a billionaire who lives in Medina. He made his fortune in the wireless industry, and his money has made him a high-rolling political player in local, state and national elections. The candidates he supports are mainly Republicans, most recently Republican U.S. Sens. John Cornyn of Texas and Orrin Hatch of Utah. In 2010 he contributed $75,000 to Defeat I-1098, the campaign against a statewide tax on the wealthy.

Back in 2008, Stanton contributed a whopping $243,000 to King County Initiative 26, which aimed to make King County elected positions non-partisan. Dow Constantine, then a county councilmember, opposed the measure, implying what some critics stated baldly: it was an effort by big Republican donors to make it easier to elect Republicans in King County by hiding their party affiliation. I-26 passed with just under 53 percent of the vote.

The following year, when Dow Constantine ran for the newly non-partisan seat of County Executive, Stanton maxed out his contribution to Dow’s opponent, Susan Hutchison (yes, that Susan Hutchison). Interestingly, Stanton also reportedly threatened to raise a million-dollar independent expenditure to get her elected, but he didn’t follow through. For a while, Hutchison led in the polls but Dow had more money and Dow won. By 2017, Stanton was maxing out his contribution to Dow’s re-election campaign. I guess he either gave up on electing a Republican or found that Dow was a Democrat he could work with.

What does all this have to do with Safeco Field? Maybe nothing. But it seems highly relevant context that on one side of this deal is a man with a history of using his vast wealth to shape politicians’ fortunes and on the other, a man who reputedly wants to be governor. In our era of formally democratic politics dominated by big money, there are two paths to political success: You can champion policies that truly benefit your constituents and the public interest, or ones that line the pockets of politically powerful rich people. Rarely do these two paths present themselves as starkly as in the choice between affordable homes for working families, or a handout to billionaire John Stanton.

Here in King County, we’ve been talking about the housing crisis and the homelessness state of emergency for so long now, those phrases have all but lost their power and meaning. But that doesn’t change the fact that every morning, tens of thousands of kids wake up to the chronic stress and scarring instability of poverty, their parents barely able to pay rent let alone take them out to a ball game. It’s one thing to hide behind the difficulties of raising new revenue (and in Seattle we just learned how hard this is) — but what does it say about our elected leaders if, when handed already secured funds of $318 million (the total earmarked for tourism in the Executive’s proposal) that could go to housing, they fail the test and do nothing? Our county councilmembers now have the chance to restore the significance of words, and perhaps the faith in democracy of not a few of their constituents. When the council reconvenes to consider this issue on Aug. 29, I hope they will make the right choice.