As Seattle booms, council scrambles to save city trees

Rob Johnson is rushing to pass a new ordinance, but activists say it leaves the trees vulnerable. 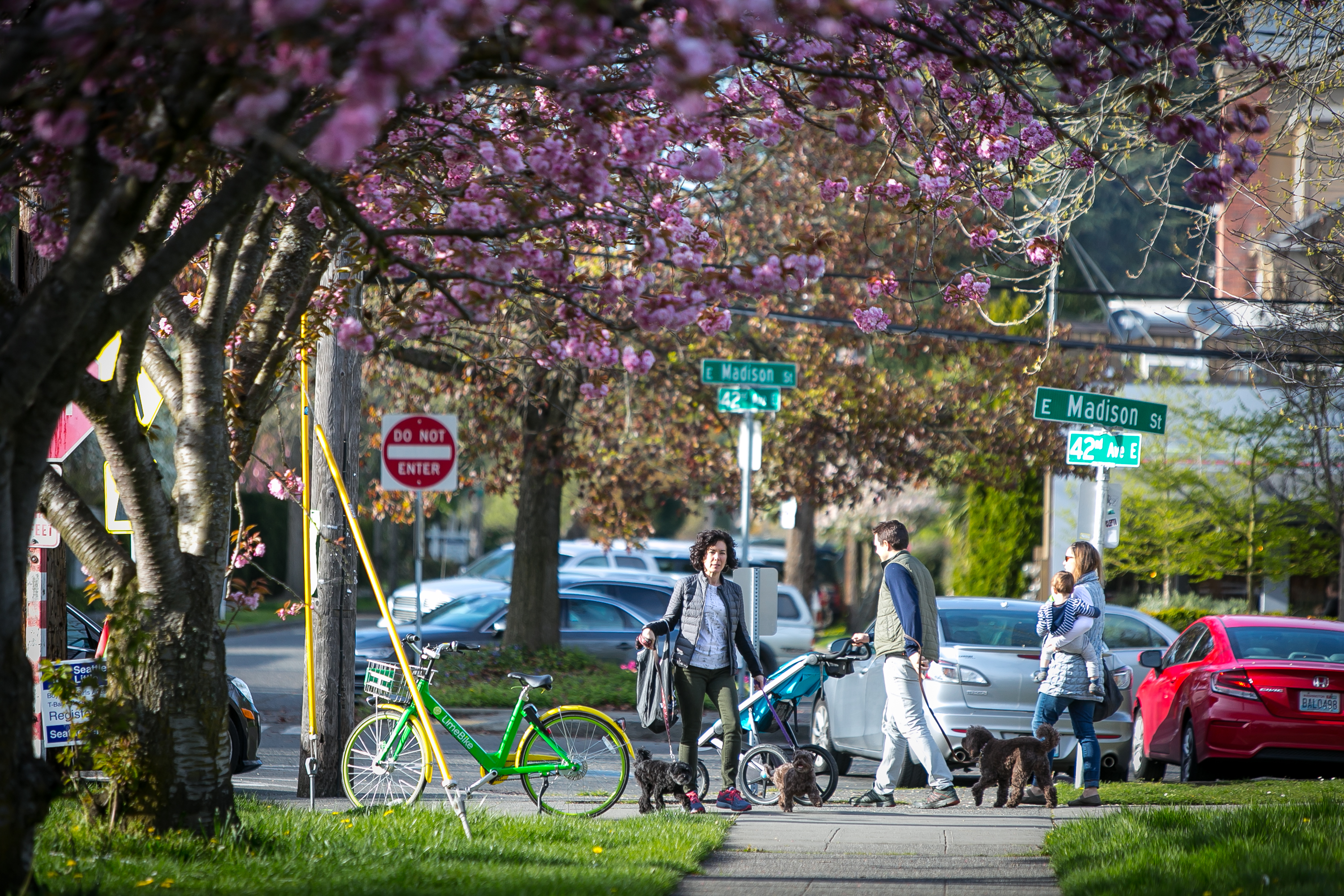 When Seattle City Council member Rob Johnson set out to pass a long-stalled strengthening of Seattle’s tree-protection ordinance, fans of the urban forest called it wonderful news. They said his move last fall was far overdue considering how Seattle’s development boom is reducing the leafy canopy that gave “The Emerald City” its nickname.

But when Johnson aides recently released their third suggestion this year for how to update the city law, the pro-trees people said that despite Johnson’s claims to the contrary, the changes would be unlikely to save more trees. In addition, they say, Johnson’s proposal appears to remove important existing protections for big trees, which studies show shade and cool streets while helping neutralize air and water pollution and reduce residents’ stress levels while improving cardiovascular health.

“This is going backwards. It isn’t getting stronger,” said Steve Zemke, a pro-tree activist and member of the Urban Forestry Commission, which advises the City Council. “Who’s it going to benefit most? The development community.”

Council aides released Johnson’s latest proposal on a Friday afternoon, Aug. 17, at the peak of the August vacation season. With a public hearing scheduled for Sept. 5, just after the Labor Day holiday, tree advocates are scrambling to react to the highly technical, 39-page proposal that Johnson says he wants passed in a matter of weeks. The Urban Forestry Commission meets later this week to discuss the proposal.

Johnson said his bill is an overdue first step toward addressing tree loss in the city. He hopes to get it passed in time to request money for enforcement of the new provisions in the upcoming year’s budget, which will be taken up by the council later in the fall. If critics opt to file a legal challenge to the measure based on its environmental impact, however, that process would be stalled until 2019.

“I have to rely on my common sense,” said Johnson, who chairs the Planning, Land Use & Zoning Committee. “That says that stricter requirements for removing trees will result in us having a more mature tree canopy than the current structure . . . where there are a lot of trees being cut down and no permits being required.”

Tree advocates have been closely following and commenting on Johnson’s proposal as it has evolved since March, and he is aware of their concerns, which include charges that the ordinance is being rushed through the legislative process. He believes the timeline has been reasonable.

“I also find it ironic that a bill which will, at its heart, fundamentally result in an increase in the tree canopy could be seen as bad for the environment,” he said. “Delay is not our friend here.”

Zemke, who is working with a broad coalition of neighborhood groups and heads the citizens group Coalition for a Stronger Tree Ordinance, disagrees.

“We just need to slow down and make certain the public and the city and everyone understand what’s going on,” Zemke said. “We can’t evaluate the consequences in this frantic timeframe. It’s just too confusing for the public.”

For those who work to preserve the city’s tree canopy, the stakes are high. Seattle has not been this close to adopting a new tree ordinance since 2008. That’s when the current code passed as a placeholder until agreement on a bolder vision could be reached — supposedly very soon after, according to a City Council resolution at the time.

But then elections happened. And after that the idea went by the wayside amid the financial meltdown of the Great Recession. The city department responsible, the forerunner of today’s Department of Construction and Inspections, never brought forward a stricter ordinance.

Unlike many other municipalities in Western Washington and elsewhere, Seattle has no system to track trees being cut down. Tree advocates have long called for requiring anyone removing a tree to obtain a permit from the city. This would allow the city to track how many and which kinds of trees are toppled. They argue for a robust new ordinance that prevents tree removal when possible, requires replacement, and creates a system to keep track of the planting and care of new trees. Johnson says he’s done that.

Tree activists acknowledge that there is a lot to like in Johnson’s latest proposal. In addition to applying for permits, property owners intending to cut down a large tree could be required to plant a sufficient number of trees to replace the canopy lost. Alternatively, they could pay a fee “in-lieu” that would support tree planting elsewhere. The legislation also proposes to direct city-controlled tree-planting to neighborhoods with large numbers of poor and minority residents, which tend to have fewer trees than wealthier and whiter areas, according to a city study 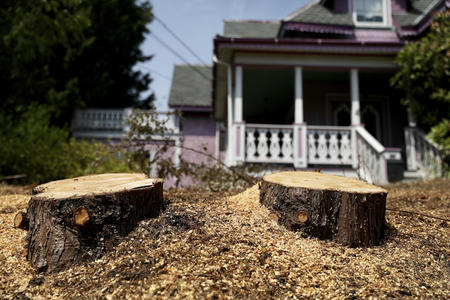 The problem is what is left on the chopping block, said Zemke. A big drawback, in his mind: the proposed ordinance eliminates crucial protections for so-called “exceptional” trees. This would leave an 80-year-old Douglas fir, for example, vulnerable to being taken down, said Zemke, who has produced a detailed and lengthy critique of Johnson’s proposal on behalf of neighborhood groups.

Another rollback: homeowners who are currently limited to cutting down three trees per year would be able to take down as many as they want.

“I do not at all understand why those provisions were removed,” Zemke said. “The idea was to strengthen the ordinance, not to take all of this stuff away.”

The city’s current canopy cover, according to the latest available study, is 28 percent. Tree advocates say it’s more like 26 percent, and InvestigateWest’s reporting establishes that numbers have bounced around for years as the city has used wildly varying methodologies to track tree removals. The city has set a goal to reach 30 percent by 2037.

But a March 2017 city report said fewer than 1 percent of design-review processes for large new developments deal with tree protection. Importantly, this review by people in the trenches of city government concluded, “Current code is not supporting tree protection. . . . Design Review and code-required tree protection are being avoided.”

Opponents argue that the upzones will result in the loss of too many trees. City planners, however, say the zoning changes should not reduce the tree canopy by more than half a percentage point. The city’s environmental impact statement suggests the city will make up for what is lost in part because it is exploring options including “improve enforcement of regulations and penalties” and “improve and/or expand tree protections.” However, no details are spelled out in the city’s environmental impact statement.

This proposed ordinance is intended to make good on that promise and spell out the details. It comes as attorneys for neighborhood groups opposed to the upzonings are trying their case in front of a city hearing examiner.

The ordinance would raise money through permit fees and fines to help fund tree replacement and maintenance in areas of the city that lack leafy coverage. Anyone caught removing or topping a “significant” or “protected” tree without a permit could pay a fine of up to $1,500 per diameter inch. In some circumstances the fine could be as high as $45,000, and that could be tripled if the action is “willful or malicious.”

During a Forestry Commission meeting earlier this month, several commission members expressed concern that Johnson’s proposal was unclear, rushed and could potentially hamper the city’s efforts to protect and grow the urban forest.

“They’re presenting a major change and I think you need to take time and get it right,” Zemke told fellow commissioners at the time.

To clear up confusion and discuss their reservations about the proposal, the Urban Forestry Commission requested a private working meeting with Johnson and staff members ahead of the Sept. 5 public hearing on the legislation before the Planning, Land Use and Zoning Committee of the City Council. The Forestry Commission scheduled what it termed an “extraordinary” meeting for this Friday to discuss the group’s reaction to the proposed legislation.

Some members of the Forestry Commission are also skeptical about a new system that relies on canopy cover — or the percentage of an individual lot occupied by trees — to determine which kind of tree-removal permit is required. The legislation creates two permit categories: minor and major.

For example, single-family property owners would be required to apply for a more expensive, or major, permit if removing a tree would result in the canopy cover on their lot falling below 33 percent. The minimum for multi-family lots would be 20 percent canopy coverage.

“To some extent using those percentage goals is very much a moving target,” said commission chair Weston Brinkley. For example, as rezoning plans intended to create more affordable housing take effect, less of the city will be held to the proposed 33 percent canopy cover required on single-family lots.

In addition, relying on canopy cover rather than tree count could be misleading, said Zemke, because large bushes can inadvertently increase the canopy coverage estimate, while not providing the same benefits.

Zemke charges that members of the Urban Forestry Commission were largely left out of the process for drafting the new set of complicated rules related to tree removal and replacement, with details developed behind closed doors and with little notice to the public.

Johnson’s office, for example, released a draft July 31, just before an Aug. 1 meeting of the City Council’s Planning, Land Use & Zoning Committee. That left members of the public little time to review the new draft and plan their comments, Zemke said. The draft also failed to clearly delineate which aspects of the current ordinance carry over to the proposed draft and which are left out, he added.

“It is just not a very good legislative procedure,” Zemke said. “People have to go through it word for word and see, OK, what was removed and what are they keeping?”

In response, Johnson points to numerous communications between the Forestry Commission and his staff since the beginning of the year, including appearing himself at a commission meeting.

The latest draft also includes some of the Forestry Commission’s recommendations, such as reducing the size of trees affected to six inches in diameter rather than sticking to an earlier draft proposal of 12 inches. It also calls for holding the arborists and others who cut down trees accountable by requiring them to sign a statement saying they understand the rules.

Brinkley, the Forestry Commission chair, said he was glad some of tree advocates’ ideas were incorporated, “but the details really matter.”

Johnson says despite the doubters, his proposal will do a lot of good. 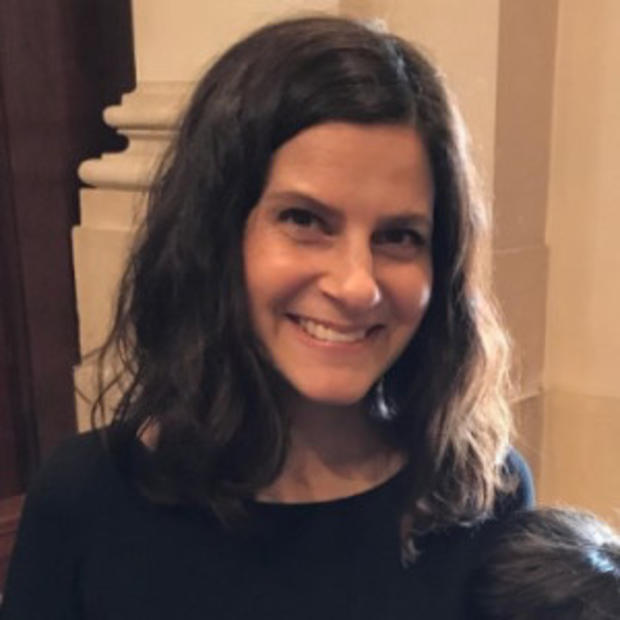