This Seattle newsroom is growing

With the addition of three new leaders to the newsroom, Crosscut and KCTS 9 are deepening our coverage of the topics that make this region special: politics, the arts and the environment. 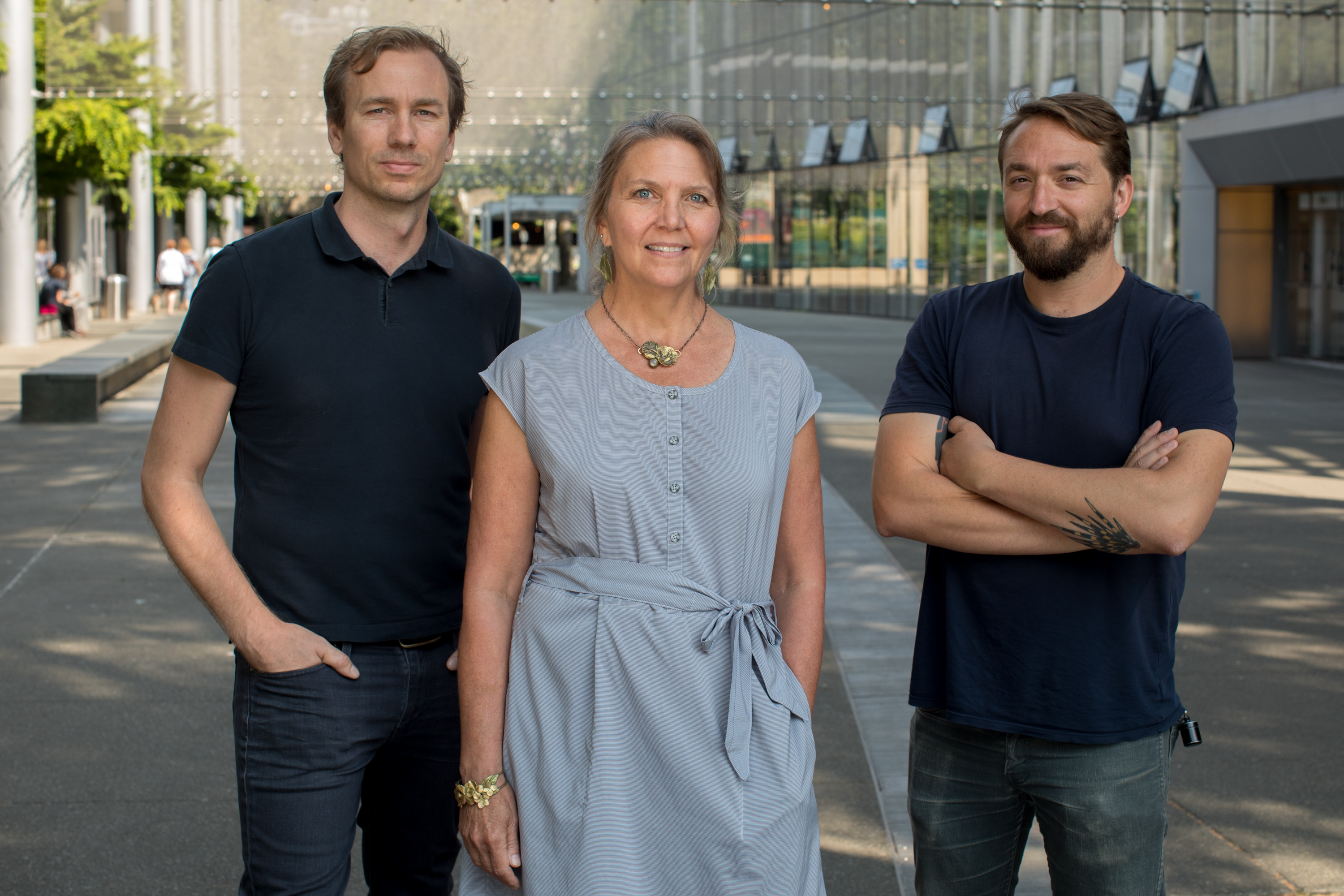 Crosscut and its sister organization, KCTS 9 public television, welcome three new leaders to our combined newsroom. They’re the forerunners of a larger transformation that we’ve kept under wraps — until now.

With the addition of two new editors and a production manager, we’ve committed to broadening and deepening our coverage of the things that make this region special: politics, the arts and the environment. Each of these topics will be covered by a multimedia team, including reporters and video producers, whose stories will be broadcast to the world via Crosscut, KCTS9.org and television. We’ll add more staffers to each of these teams in the coming year.

It’s the first step in an ongoing investment in local journalism by our parent nonprofit, Cascade Public Media, that will play out over the coming years, and if these folks are any indication, it will make Crosscut and KCTS 9 forces to be reckoned with. Here’s a little about each of the new arrivals. We’re thrilled to have them.

News & Politics Editor Mark Baumgarten comes to us from Sound Publishing where for almost 5 years he served as editor-in-chief for Seattle Weekly before a brief stint overseeing editorial operations for the company's 16 King County newspapers. Mark got his start as a music journalist at Willamette Week in Portland and has since edited arts pubs (Sound Magazine, City Arts) and a city magazine (Twin Cities Metropolitan). Another fun fact about Mark: He once wrote a book about K Records, the Olympia label that fostered a unique corner of the Northwest music underground and helped give rise to grunge and the riot grrrl movement, as well as a lot of bands whose songs he whistles while ambling about the office.

In his time as a journalist, Science & Environment Editor Ted Alvarez has written restaurant reviews in Boulder, Colo., blogged for Scientific American, and worked for gossip rags in New York City. He’s worked as an editor at the green news and commentary site Grist and at Backpacker magazine. Ted was once nominated for a National Magazine Award for some stories he wrote about bears, and currently produces a podcast called The Explorist. His latest book, The Survival Hacker’s Handbook, might come in handy if things keep going the way they’re going.

Production Manager Alison Perkins spent more than a decade working as an independent video producer, and has taught visual storytelling at the University of Montana. She comes to us from OPB in Portland, where she managed large collaborative reporting projects and helped build audience engagement and reach via a public media collaboration called the Big Footprint Project. Alison has a PhD in ecology and a thing for birds. She’ll help us track all of the local stories and projects we have in the works, communicating our work out to the broader CPM staff, and build collaborations with other local and regional media organizations.

These three join an already amazing leadership team — Florangela Davila, our managing editor, who also oversees arts and culture coverage, Senior Editor Joe Copeland, who heads the opinion desk, and Social Media Manager Hanna Welch. And each of them is hiring. Mark is in the process of bringing on a new staff writer to cover the changing region and a video producer to cover race and immigration. Ted will have two new staff writer positions posted soon. And Alison is looking over resumes now for a second staff photographer.

By year’s end, we’ll add six additional staffers to our growing newsroom, expanding the public-interest journalism you've come to expect from Crosscut and KCTS 9. And for that, we owe you a huge thanks. If it wasn’t for viewers and readers like you, who understand the value of local, public-interest journalism, and who open their pocketbooks to support it, none of this would be possible. Thank you. And welcome Mark, Ted and Alison!